Being a longtime fan of samurai films—the good ones, which were from the 1950s throughout the 70s—I was pretty excited when Activision first announced that they’d be publishing a new game set in feudal Japan. Well, actually a fictional version of sixteen century Japan which encapsulated the highly tumultuous Sengoku period during the fifteenth and sixteenth centuries.

Not only that, but it was being created by FromSoftware, the now-legendary developers of the 2015 hit, Bloodborne. You know…the same people who also made some cute little titles you may have heard of: Dark Souls? Quite a few gamers’ hearts fluttered (including my own) at the prospect of playing a game set within the infamously blood-soaked Sengoku period, combined with the gameplay trappings of a Dark Souls title.

Everyone wondered if this new game would diverge too far from the Dark Souls formula and wind up being a dud. Personally, I was a little let down upon learning that Sekiro: Shadows Die Twice would not feature any sort of multiplayer component. Fortunately, later on I realized that the game’s lack of multiplayer meant that FromSoftware could focus more on fleshing out a full on character-driven, single player experience.

Sekiro: Shadows Die Twice tells the story of Sekiro, a shinobi with a tragic past that is tasked to protect a young lord. Due to the highly chaotic nature of the Sengoku period, it’s not surprising that this young lord is soon kidnapped by a dastardly band of evil-doers, who also manage to cleave off one of Sekiro’s arms in the process. From there, Sekiro is set to carve a blood-stained path through these kidnappers in order to exact his revenge, and of course, save the young lad. 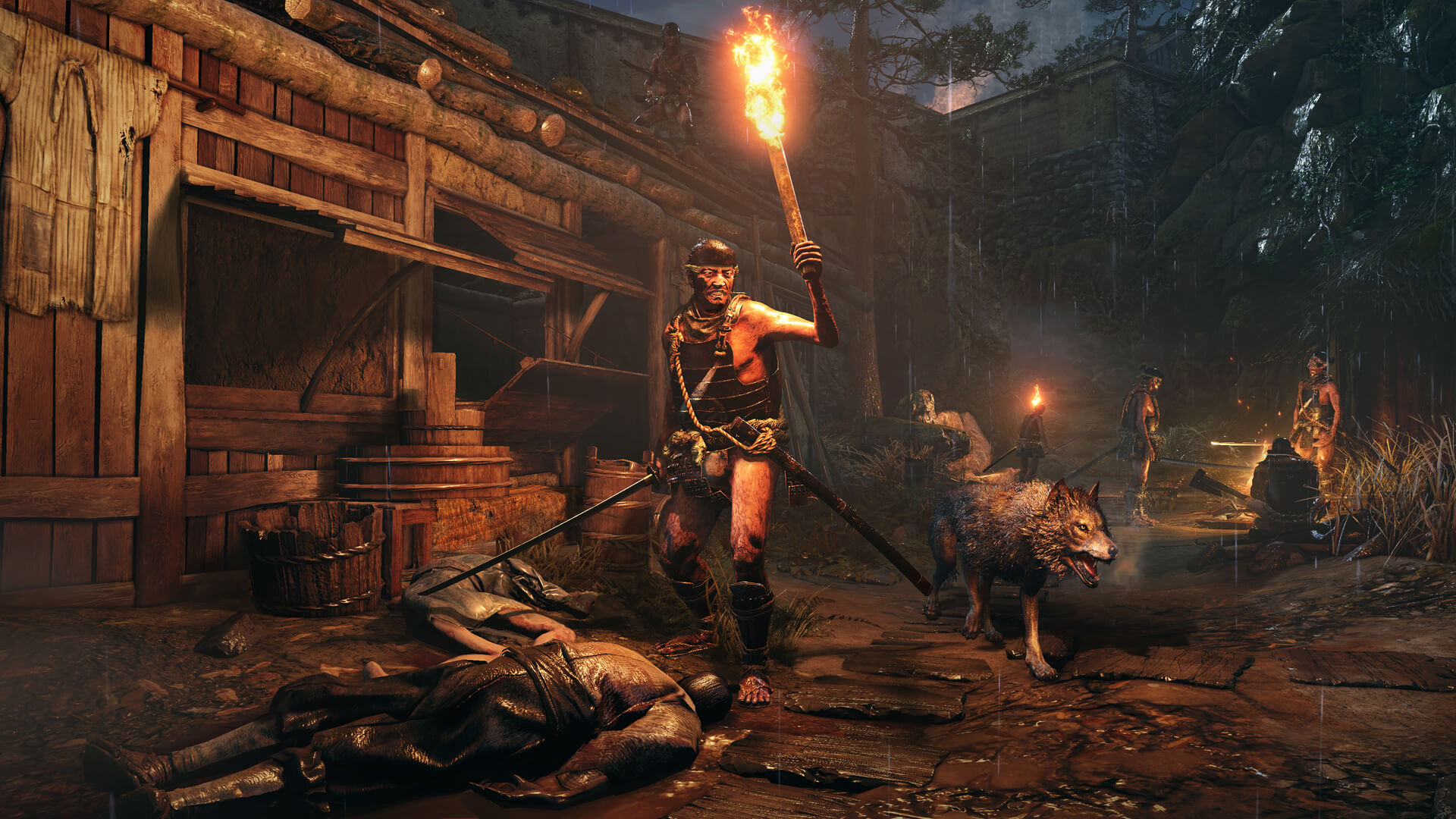 But Sekiro is just one man going up against legions of baddies, so he’s going to need a little backup. This backup comes in the form of a badass cybernetic-like, prosthetic arm and the fact that he’s been imbued by the life-giving blood of the young lord. The divine blood running through Sekiro’s blood makes him a much more deadly adversary than your average shinobi, so that every time he goes down, he’ll come back to life to continue his assault on surprised enemies.

There is a major drawback to this immortality though—the more times Sekiro dies and comes back, the more he hurts those around him. He therefore begins to afflict people close to him with Dragonrot, a cursed virus which can weaken, and eventually kill people. In gameplay terms this means that you can’t just go around like Rambo because things can turn out very badly if you do.

Luckily, being a shinobi, one of Sekiro’s main talents is stealth. He can blend in with shadows, stride silently across rooftops, and shimmy along sheer cliffs. This also opens up the game’s environments and allows for lots of opportunities for exploration. Combined with the ninja’s grapping tool within his prosthetic arm, you can reach some hard-to-get-to areas that would normally be hidden to you in a Dark Souls game. This allows you to find alternate entrances to enemy lairs, secret loot areas, and the like.

Many gamers have expressed a love/hate relationship with regards to Sekiro: Shadows Die Twice’s overall level of difficulty. I think that’s because—just as going from Bloodborne to Dark Souls was a gigantic leap in difficulty—transitioning from the Dark Souls series to this game is quite a challenge. One of the major reasons for this is that most of the systems present in Sekiro: Shadows Die Twice are very different from your average Dark Souls game.

I’d say that the only thing that is familiar between all of these games is that you must study your opponent’s moves and then react accordingly. However, in Sekiro: Shadows Die Twice, you have a lot more room to maneuver. Here, there is no stamina bar you have to watch, so you don’t have to worry about exhausting yourself. There is also much more verticality involved since you have the ability to leap far, as well as grapple onto objects and zip around your foes like a ninja should.

There’s an interesting posture system at play in Sekiro: Shadows Die Twice that you’ll have to take into account. You have to attack your opponents in order to break their posture and lower their guard. But if they block you at the right time, they can also drop your defenses.

Therefore, combat is an intricate back and forth struggle of trying to deflect incoming attacks at the right time, while attempting to open your opponents up to lethal strikes with yours. It is a little daunting at first, but once you get this system down it becomes a magnificent, almost cinematic, experience. Be prepared to run up against your fair share of frustrations and despair in the early goings, though.

There were many times where I’d just felt that I’d gotten the hang of combating certain types of enemies within an area. Then, I’d move on to a totally new area with totally new foes in it and get humiliated because I didn’t know their attack patterns and abilities. Eventually, I realized that this was part of Sekiro: Shadows Die Twice’s allure; you have to adapt and overcome many times against many types of enemies, if you are to emerge victorious. 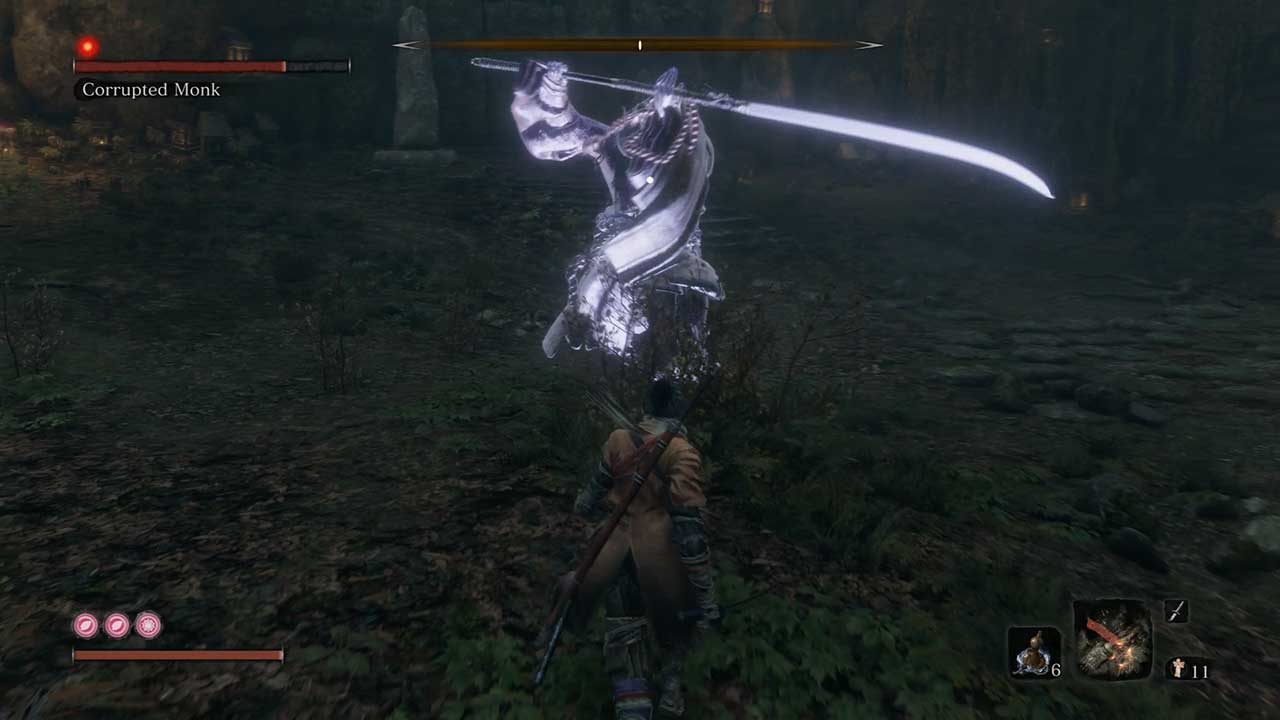 Graphics-wise, Sekiro: Shadows Die Twice is a sumptuous examination of subtle inflections in color and shades. From tranquil, verdant forests, to gorgeous willow fields, everything on display looks spectacular. The combat animations are also very smooth and I didn’t witness any abnormally stiff posturings or movements in the game.

Sekiro: Shadows Die Twice is a highly challenging experience that will test your willpower (as well as your patience). However, once you spend a few hours learning the game’s various interconnected systems, it opens up into quite a beautifully articulated gaming experience that combines the best aspects of FromSoftware previous titles.

Sekiro: Shadows Die Twice features some pretty nice looking graphics that make its third-person gameplay truly shine. However, you want to have a pretty beefy gaming PC or gaming laptop in order to play it at a decent framerate. So, you may just want to invest in a decent gaming rig: 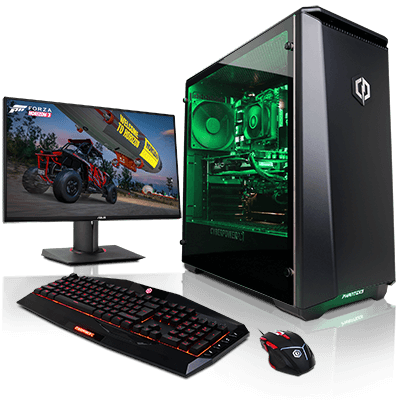