My buddy Rock and I were the forward scout team of a nine-man, U.S. Army squad. We had cautiously strode ahead from the rest of our guys in hopes of locating any insurgent activity, or, more importantly (and improbably), a much-sought after weapon’s cache.

The map that we played on, Logar Valley, was composed of a dusty valley surrounded by foothills and more mountainous terrain. Streams trickled throughout the valley floor, winding their way through patches of trees and geometrically planned poppy fields. 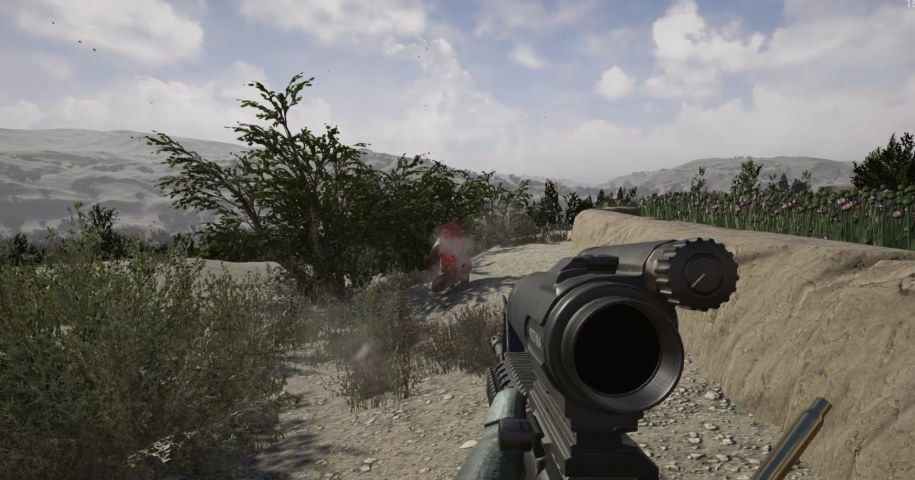 Rock and I had spotted movement within the vicinity of a certain group of thatch-roofed mud huts, which we now carefully approached. We advised the rest of the squad that we’d be going radio silent as we neared the area in question, and they promptly hushed their chattering. As we crept up (on the opposite sides of) the length of a narrow street, we suddenly spotted two Insurgents who dated across it further up ahead. My blood began to pulse within my temples as we moved on.

“Looks like we have something up here—stand by, squad lead,” Rock relayed to our fearless leader, who was holding fast with the rest of our teammates from a nearby position.

We continued to stealthily sneak up the street when I spotted something through a window of one of the huts I was passing. Sure enough, it was the last of five weapons caches that our team had been tasked with destroying. 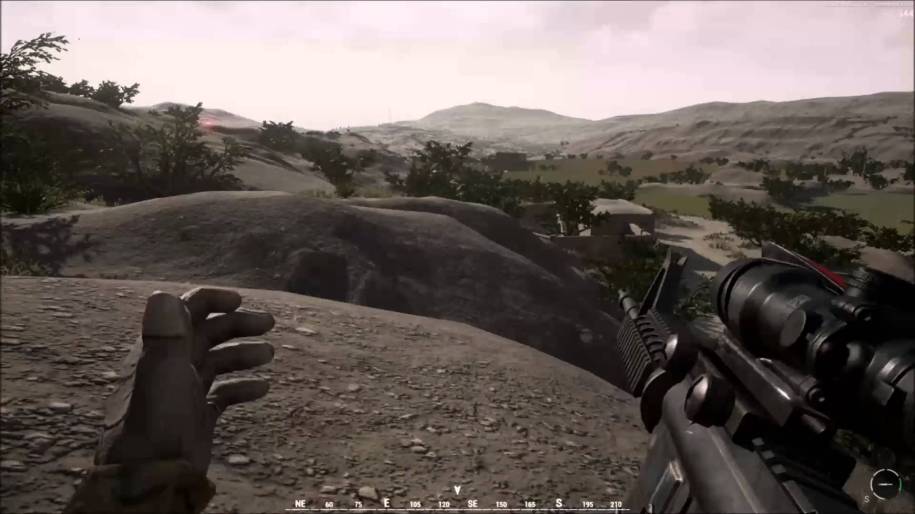 “Eyes on the last objective,” I blurted out. My battle buddy Rock quickly jogged across the road and took up a defensive position behind a low wall nearby. No sooner did he scoot into position than the two insurgents that we’d spotted earlier came running around the corner. But this time, they saw us too. They raised their AKs and began firing on our position.

“Tangos spotted. Under fire. We are engaging,” I said as I raised my own rifle and opened fire. Fortunately, Rock and I managed to make short work of our first two enemies. But there was no time to celebrate—the end of road from where they’d come was soon a busy blur of activity. It reminded me of an angry hornets nest. The insurgents had been alerted to our presence. Fully automatic fire ripped over our heads and we hunkered down as an insurgent’s light machinegun suppressed us. 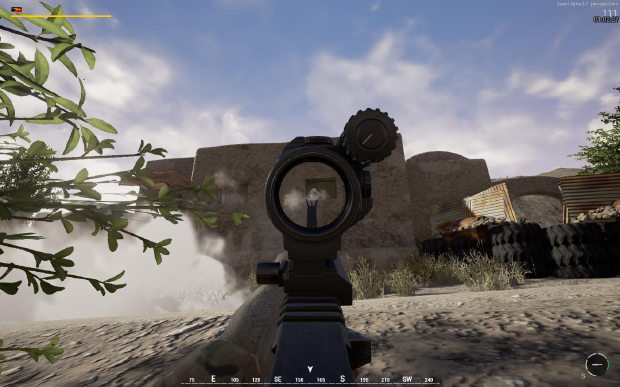 “Squad lead, requesting backup. Under direct PKM fire,” Rock said, indicating the type of deadly weapon that we were faced with.

Rock and I managed to periodically pop our heads up for brief moments of return fire—and then we heard it. A booming cacophony of long barreled doom sounded. A machinegun-mounted HUMVEE peeled around a corner behind us as the rest of our squad joined the fray. A steady stream of metal death engaged the Insurgents from the top of the vehicle. The cavalry had arrived…

As you may have guessed from the above description, from one of my recent Squad experiences, it can be quite an intense game. Indie developers Offworld Industries have created a team-based tactical shooter unlike any other, save the venerated Project Reality. In fact, one of the reasons that Squad is such an excellent game is because the development team includes a couple of Project Reality’s original dev members. 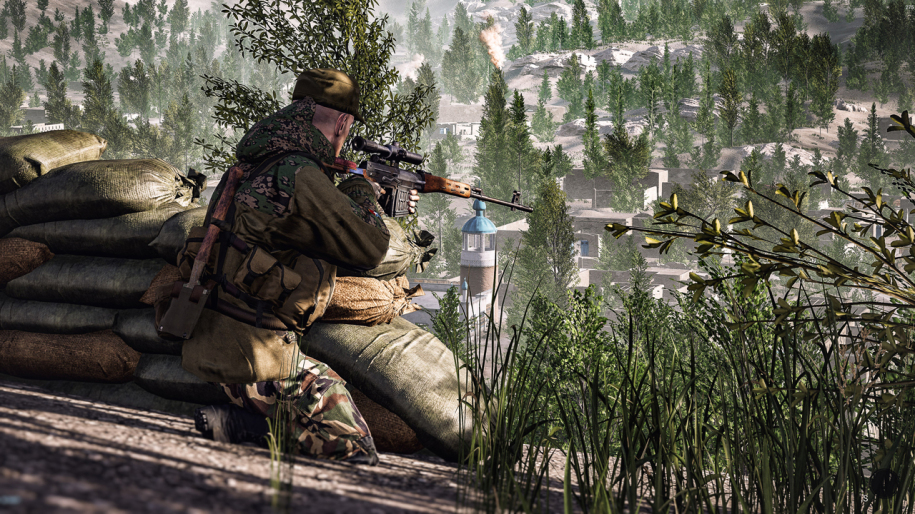 Just as in Project Reality, Squad pits two teams of up to fifty players each against one another. So far, the major factions include the U.S. Army, Russian Army, Insurgents, and Irregular Militia. What sets Squad apart from other military-themed games is its reliance on teamwork. Whereas in the Battlefield and Call of Duty series’ of games, you can’t just hop into a vehicle and one man them. Likewise, running off by yourself will put you in an early grave. In Squad, communication is paramount to not only your survival, but accomplishing your team’s goals.

Squad’s main mode, Assault and Secure, sees two factions vying for map control, which is split up between objective points. When a side takes the flag of an objective, they unlock access to the next objective. This creates an emergent ebb and flow to matches, where factions push to secure objectives while trying to defend the ones they’ve already captured.

The other mode is called Insurgency. In this mode, one side plays the insurgents, which must protect weapons caches which are scattered across the map, while the other team plays as BLUFOR and are tasked with locating the secreted caches and destroying them. This mode can get plenty tense, as BLUFOR squads try to detect where the caches are hidden, while the OPFOR team set up ambushes for them.

Both modes can make for some pretty hectic gameplay, especially (as of August 7th 2016) now that there are vehicles that have been introduced into the game. Unfortunately, however, the Assault and Secure mode still needs a lot of work. Not the actual game mechanics—those are perfect, we’re talking about the community that plays it.

Many players, not used to the careful planning and strategizing that was inherent in Project Reality, tend to all glom together during AAS maps. Instead of defending points that have already been captured, they tend to all run off in order to capture the next objective. That means that since no one thinks to stay behind and defend, by the time they all get to the next point, the enemies flank around and take the objective that they just left behind. This creates a sort of rubber-banding, where teams are constantly rushing points, and then have to turn back around and go back to objectives that they just came from and have to recapture. 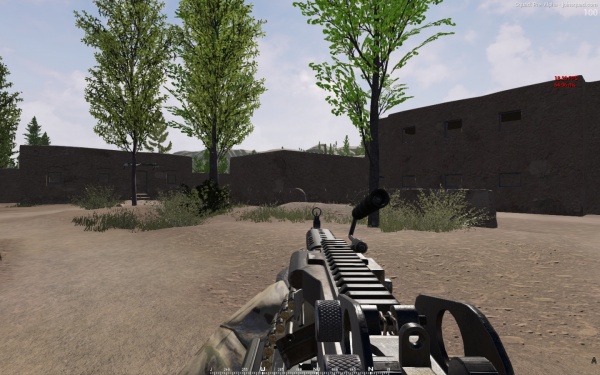 Squad’s graphics are simply stunning, with excellent environments and highly detailed weapon and character models. Those gamers with 4k gaming set-ups will be in pure eye-candy nirvana, and will probably want to show off their gaming laptop or gaming PC’s visuals to friends.

Squad is undoubtedly the best teamwork-based tactical shooter out there right now. Well, besides Project Reality, which is currently (sniff) dying out. If more team-centric players, such as PR vets, can teach the newer Squad players how to defend objectives as well as utilize better team-based tactics, this could indeed turn out to be the next Project Reality. But for now, with its current community, it leaves some things to be desired.

Squad has some seriously impressive visuals. However, you have to have an equally fast gaming PC in order to play it at a decent framerate. So, you may just want to invest in a decent gaming rig: