The Final Station
Do My Best Games

I must say right from the get-go that The Final Station was a difficult game for me to review, at least initially. On one hand, I’ve always been fascinated by trains ever since I was a wee tot. In fact, just like my grandfather who owned a pretty awesome train set, I also owned quite a few myself throughout my younger years.

On the other hand, with the exception of a few games and films, I’m not a huge fan of the whole over-done apocalyptic survival genre. Especially anything featuring the staleness of zombies. Been there, done that—stick a fork in it, it’s done. Are you getting the point yet? 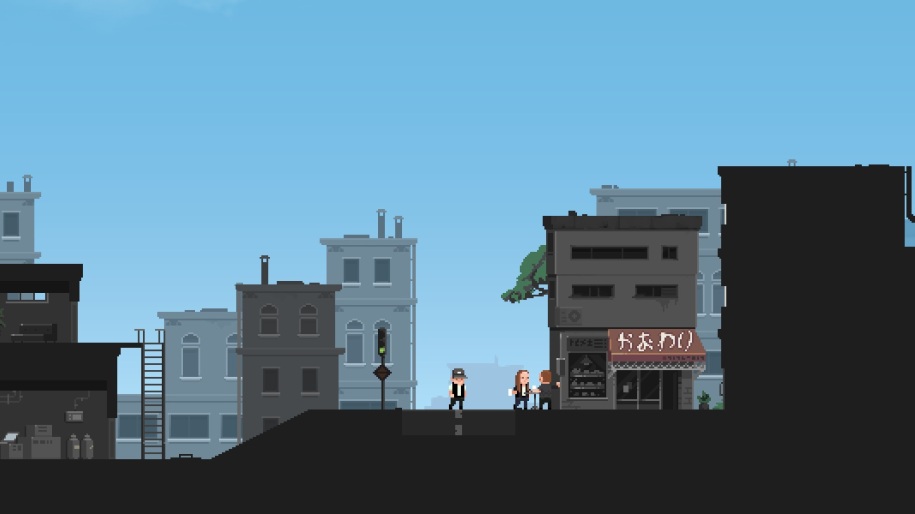 I’m also not big on pixilated graphics. I mean, I see this sort of hipster fad as being all cutesy and kitschy, but to me it just smacks of being just that—another vapid trend. Meanwhile, it allows developers to be all lazy and everything, since they don’t have to spruce up and spend a lot of time on the visuals. For me, graphics definitely aren’t everything (I’ve played plenty of fun yet unattractive games), but when I can’t tell what items are supposed to represented on screen, because they are jumbled blocks of pixels that are mixed in with other unidentifiable blocks of pixels, my interest tends to wane quite rapidly.

Okay, having said that, I did like the 2013 film Snowpiercer, which was a post-apocalyptic tale about the last survivors on Earth trying to make it to some fabled destination aboard a super train. And that’s exactly what The Final Station reminded me of, or at least the description of it. Hence, I tried it out. So was I able to relive my fondness for Snowpiecer, which had a very unique spin on the worn-out post-apocalyptic genre? Let’s find out… 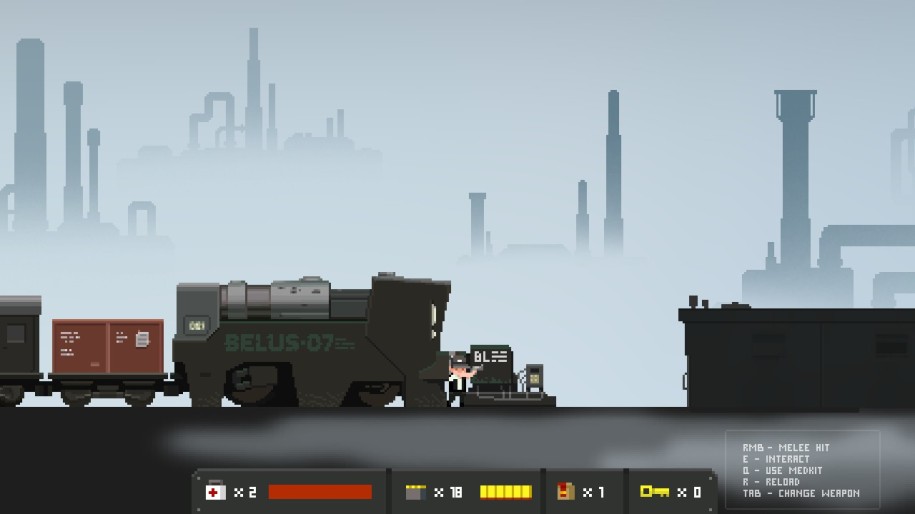 Just as in that film, The Final Station is all about helping groups of passengers on board a train to survive. But unlike Snowpiercer, your train actually makes stops here and there at different stations sprinkled throughout over the game’s numerous dystopia-drenched locales. In the process of traversing these ravaged landscapes, you will have to manage such things such as your passenger’s food levels and any medical conditions they may have. If you’ve a good job of this, you’ll drop them off at their proper destinations and be rewarded with pretty hefty bounties, which you can then use to buy new weapons, ammo, and various upgrades. Should you fail to meet their needs, however, they will perish on board your train and you’ll only be able to scavenge what you can off of their corpses.

Some stations allow you to upgrade or replenish your train’s various systems as well, such as lights, fuel, power, and so on. However, some of these places have hostile elements to contend with, mainly in the form of shadowy humanoids (complete with whited-out eyes) which apparently used to be people who somehow became afflicted with a global super-virus. 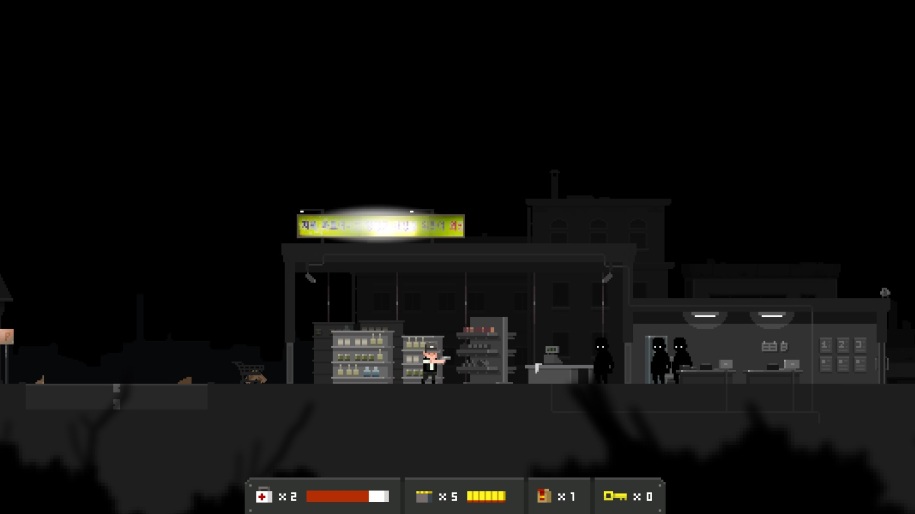 The Final Station doesn’t explain all of this to you in the beginning as most games do, but rather let’s those of us who actually care about storylines to unravel its narrative, gradually. Those curious gamers among us may do this by gathering different tidbits of information such as notes, emails, garbled radio transmissions, and interactions with The Final Station’s assorted denizens. While some gamers might grow weary of trying to make sense of the game’s backstory, I found it well presented. It created just enough allure and mystique to compel me to want to know more.

The Final Station is played in a 2D platformer manner, although the ability to leap from area to area is curiously missing. Instead, unreachable zones are completely barricaded off. So if you aren’t able to travel to an area, you’ll pretty much know that right away. 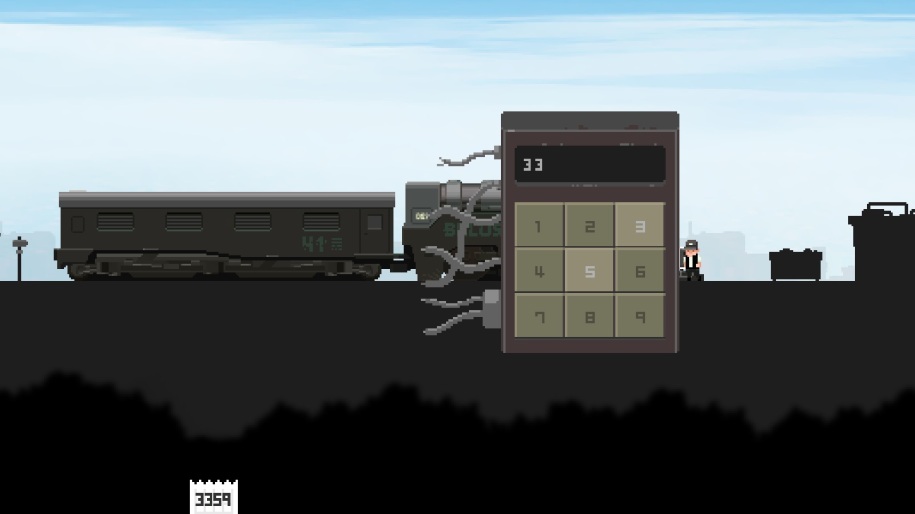 The main enemies in The Final Station are the aforementioned zombie-like creatures who will try to ambush you at certain checkpoints and stations. I believe that the game simply refers to them as “Infected hordes,” much like in the film 28 Days Later. What I enjoyed about The Final Station is that you definitely have to have your thinking cap on before dealing with these creatures. Running in willy-nilly will get you wrecked pretty quickly, so copious amounts of strategy must be applied if one is to survive these encounters. You will go up against everything from fast moving and exploding creatures that require you to destroy quickly before they get too close to you and blow up, to ones that sit back and attempt to attack you from longer ranges. How you approach each encounter is all up to you, and how you utilize the weapons (and their limited ammo) at hand will likewise determine whether you live or die.

The Final Station isn’t going to win any awards for its visuals, but fans of pixel art will probably love the game’s minimalist look. For me, however, some of its graphical representations were so blocky that it was a struggle to distinguish key pieces of equipment or certain clues. I did enjoy how the developers employed the dreary backgrounds. One minute you could be speeding past a dingy looking body of water containing some scattered boats here and there, and another, the greyed out buildings of a former industrial center. The game’s developers, Do My Best Games, really did a great job in conveying the desolation and ruin which you would imagine witnessing, in the aftermath of a global pandemic. 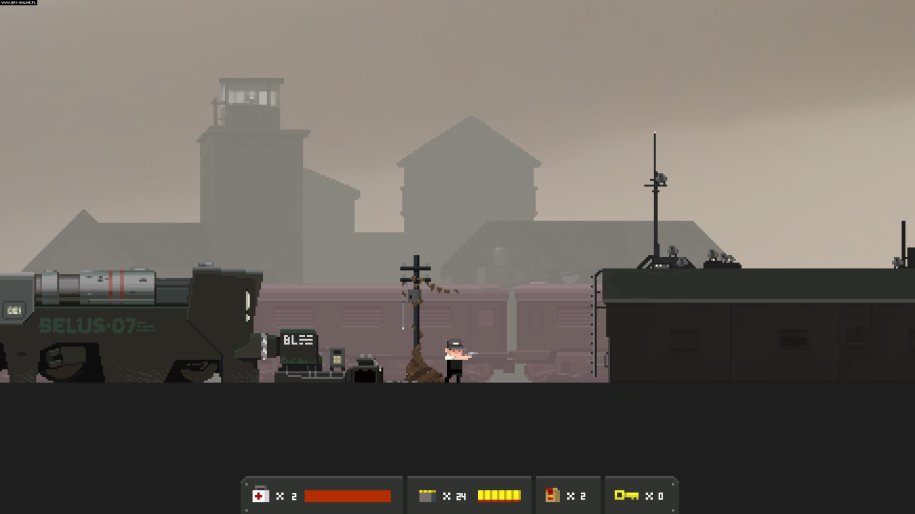 I’d have to say that overall, I enjoyed playing The Final Station quite a bit, once I was able to put aside my general dislike for pixelated graphics. I found it a refreshing take on the whole zombie apocalypse genre. Its juicy story is drip-fed to you in bit-sized morsels, but it never reaches the level of obscure puzzlement that could turn you off. Its combat system is thoughtful, as are its varied game mechanics, and the game is challenging enough without being frustratingly so. Considering that The Final Station is Do My Best Games’ first game offering, I’ll be looking forward to seeing what’s next for the upstart developers.

If you are a fan of pixelated graphics, you’ll probably love The Final Station. However, you want to have a pretty beefy gaming PC in order to play it at a decent framerate. So, you may just want to invest in a decent gaming rig: 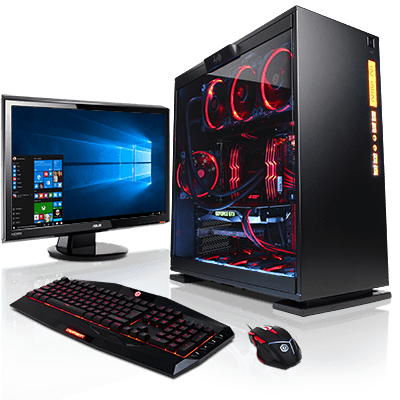