My gaming buddies and I were playing as four Special Operations Forces “Ghosts,” another code word for black ops. In other words, none of us officially existed, our identities had long been wiped from public record.

As our four man team approached the drug cartel’s opulent cliff-side villa, we fell naturally into our roles—there was our designated sniper, a demolitions man with a light machinegun, and I was one of the two close quarters combat operators who rounded out the squad. 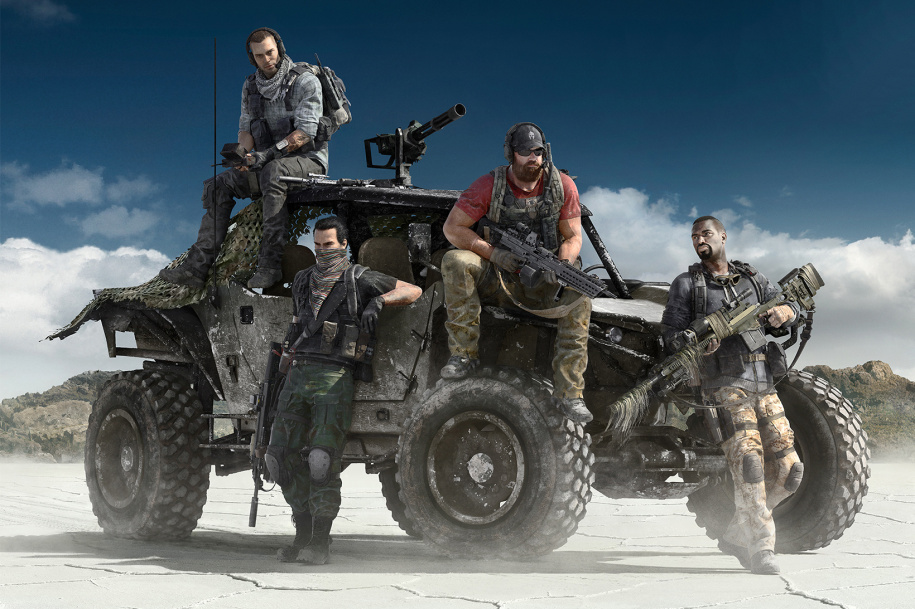 We approached from a steep mountain crest which was opposite a windy road that separated us from the compound. “Drone out,” I said as I whipped out my drone and it buzzed up through the humid night air. I activated its night vision sensors as it skimmed above the villa. My reconnaissance was swift and efficient. “Eight tangos spotted.”

The front gate was guarded by two cartel members, while the rest of the goons patrolled the grounds inside. We were tasked with infiltrating the villa and retrieving an important data disk which was on a computer somewhere within its high-walled grounds.

The sniper and I paired up to take the gate guards out by using a sync shot. We each steadied our rifles’ aim and fired. The guards fell to the ground after our suppressed rounds drove through their skulls simultaneously. They hadn’t even known what hit them. 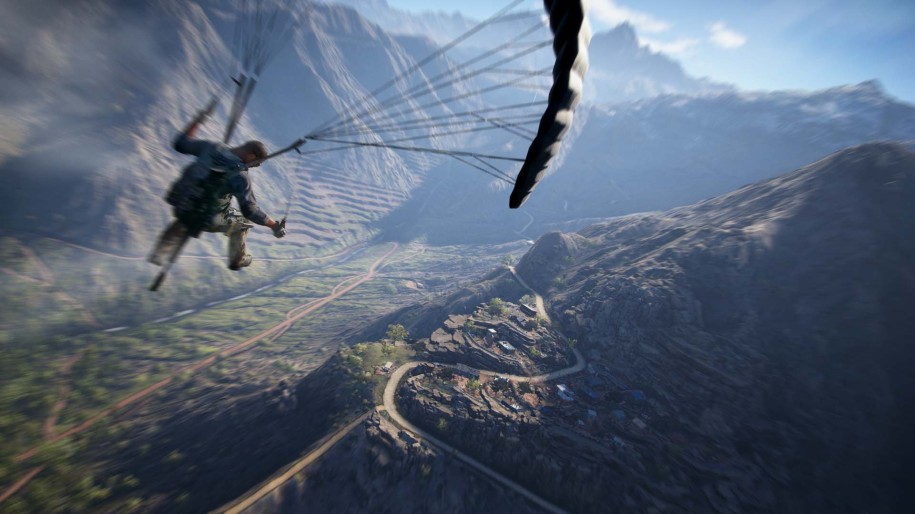 We decided that the sniper and demo operators would keep over-watch from their elevated positions while the CQC boys would head down to perform a little “wet work.” My partner and I stealthily crossed the road and crept around to one side of the compound.

We waited until the guards weren’t looking and then silently climbed over one of the walls that faced the cliff. Just then, a gun-mounted SUV full of cartel members drove by and spotted one of our men who’d edged out a little too far onto a mountain precipice. They immediately alerted their brethren within the compound and they began to scurry around its grounds like a bunch of paranoid rats. We unscrewed our suppressors and decided to “go loud.” At least that way our rifle’s bullets would have more inertia without them on. This op sure turned into one big sh*tshow.

One of the things that I love about Ubisoft’s new open-world tactical stealth shooter, Tom Clancy’s Ghost Recon Wildlands, is the dynamic randomness of the game. You can be on a mission, and at any point in time random events can transpire which throw a big monkey wrench into your team’s carefully laid plans. In that respect, it reminds me a lot of Grand Theft Auto 5, only here instead of gang bangers and Mafiosi, you’re going up against both a ruthless drug cartel and an entire South American country’s corrupted military forces.

Taking place in an alternate reality version of Bolivia, the Santa Blanca cartel and its strong man, El Sueño, have completely taken over the country and rule it with a bloody iron fist. Anyone who contradicts the will of the cartel, like journalists, judges, or intellectuals, end up missing reeeeeal quick.

I’ve read many reviews of Ghost Recon Wildlands, and have come away somewhat flabbergasted. Besides the constant whining about the “unoriginal plot” (I think it’s great), many people seem to complain that the game is too much like a corny action movie. While I agree that it can indeed be a cinematic gaming experience, the way in which each person decides to play it will determine what sort of impression they will come away with. Most people seem to want to just jump right in and drive around in its vast open-world environs with guns blazing. If you play it like GTA 5, then that’s what you’re going to get—a bunch of action sequences strung together haphazardly.

On the other hand, if you play it more as a tactical stealth shooter, then a whole new world of clandestine excitement can be experienced. That means taking your time and engaging in such things as actually stopping and listening to reports that you get from your CIA handler. Many times while playing with randoms online, while trying to listen to important intel reports, people seem oddly fascinated by the sounds of their own irrelevant blabbering, rather than listening to information being delivered. 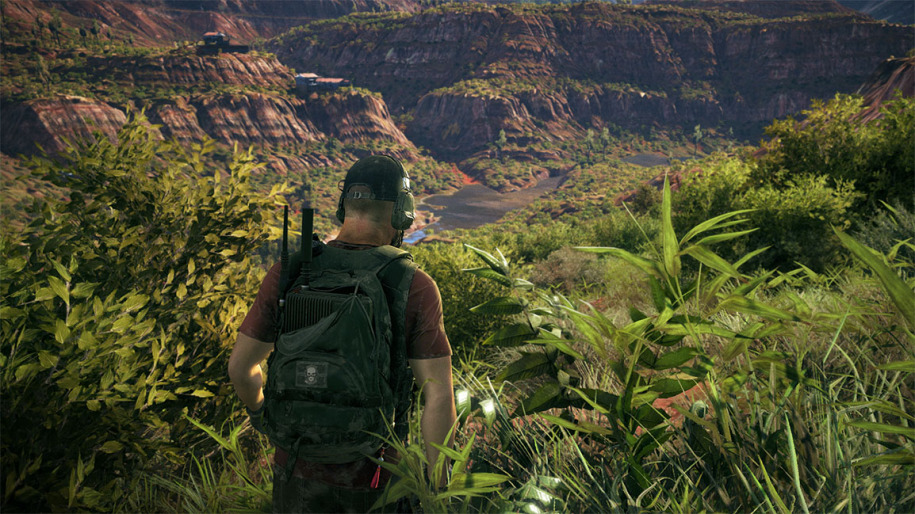 Also, when approaching objectives, many people chose not to perform any sort of cursory reconnaissance at all, instead opting to just drive or run in guns blazing. If people choose to rush through the game haphazardly then they’ll end up with a half-baked version of what the game can potentially be. This really is a game that should only be played with friends.

Ghost Recon Wildlands features all of the usual tactical shooter elements—you can customize your weapons and gear, and there’s an experience and skill system in place. But what I really liked about it is how you can track other players with whom you recently played matches with. You can even check out their in-game avatar’s stats, just in case you’re looking for a certain type of teammate to play with, for certain missions.

The gameplay mechanics all feel very smooth, and controls are very responsive and intuitive, something I’d expect from a triple A developer. However, what really blew me away were the game’s visuals. Wow!—I’ve never seen an open-world game look this impressive before. I mean, the environments are simply stunning, and the character and vehicles models are very well done on top of that. I even showed it off to my friends while playing it on my souped-up gaming laptop. 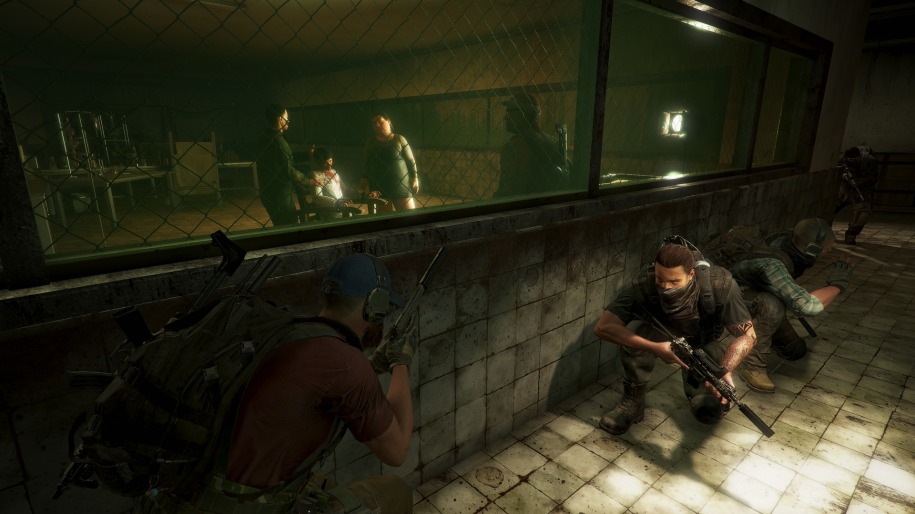 Tom Clancy’s Ghost Recon Wildlands is definitely a game that reacts to how you play it. Played as a stealth-based tactical shooter, it can offer potentially unlimited replayability due to its random and dynamic nature. In all, I consider it to be a major game design achievement and a blast to play. Ghost Recon is back.