Anyone who is a fan of the futuristic racing games of the 90s and early 2000s will find a lot to love in 2018’s GRIP: Combat Racing. One of the things that is unique about GRIP is how it combines many of the most favorable (and fun) aspects of the racers of yesteryear, all in one updated, shiny new package.

GRIP is just packed to the gills with content, including twenty-plus well-designed racing tracks which are comprised of twisting tunnels, ramps, narrow corridors, and bottlenecks, all of which look absolutely gorgeous. Unfortunately, since you’ll be careening through them often at speeds in excess of 400 mph, you usually won’t be able to take much of them in. You can also drive up on walls and along ceilings as well.

For myself, driving any of the rocket-powered vehicles down the tracks made it a struggle even to be able to glance down at whatever device pick-ups I’d managed to snatch up. 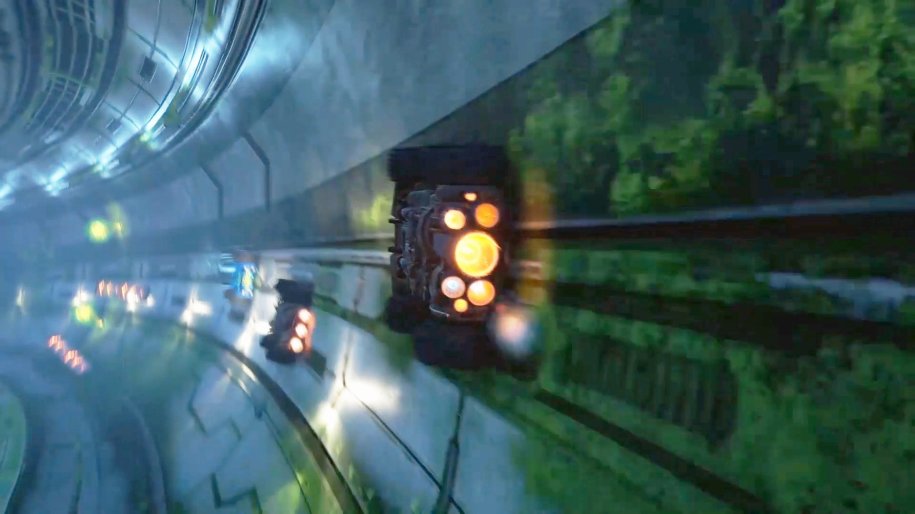 GRIP is a high-octane thrill ride that becomes so immersive and fun that I’ve often felt myself playing the maps over and over in order to memorize their layouts (just like back in the old days). That’s a testament to how solid the game is designed. One minute you’ll be blazing through old abandoned mining stations and others, through futuristic cityscapes. Simply put, this is one of the best-looking racers I’ve ever seen.

The game’s developers, Caged Element, went full-on nostalgia with GRIP, infusing its gameplay with lots of 90s-style techno tracks. The music adds an adrenaline-amped soundscape to the tension-inducing proceedings that can really get your blood pumping. I can’t tell you how many times I’d finish a race in first or second place and suddenly realize how tense my body was. I’d have to consciously calm myself down. It’s that intense.

As mentioned previously, GRIP is an amalgam of the best futuristic racers of the past, including big beefy cars with giant tires; which is a nod to Rollcage. However, the devs also made the oh-so-wise decision to include anti-grav versions of the cars as well—called airblades—which are clearly derived from WipeOut (another one of my favorite racing game franchises). 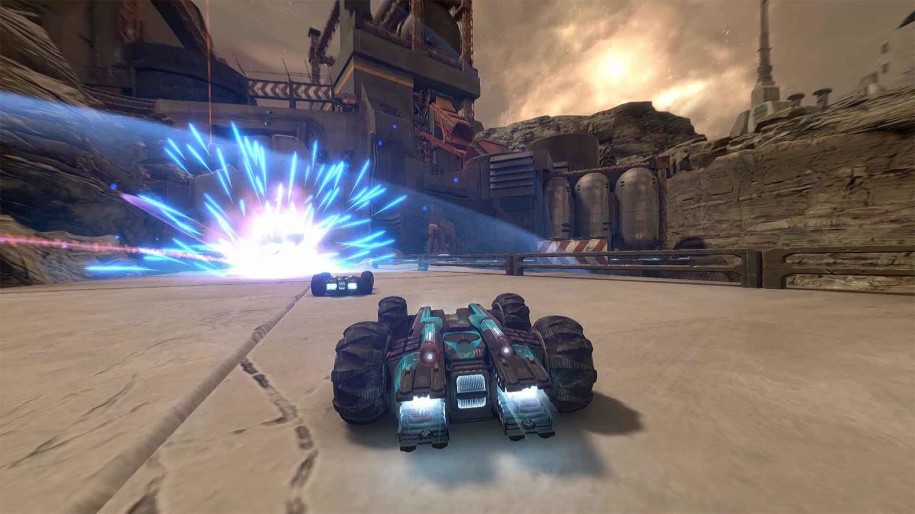 Initially, you’ll probably find yourself wiping out (pun intended) as you get the feel of each vehicle’s controls, as well as the various tracks’ layouts. Hang in there though because once you do, you’ll be in for a surprisingly deep arcade racing experience. GRIP is a game of contrasts—you’ll have to balance making split-second turns and other maneuvers, as well as knowing when to activate any pickups you drive over and scoop up.

Many of the pickups are fairly straight forward, such as seeker missiles and the always-fun-to-use chaingun. However, you also have a rear shield you can deploy when threatened from behind. There’s even a nifty time-shifting device that slows your opponent’s vehicles down while giving you a boost.

The cars themselves are organized under specific companies that each fit a theme. For instance, Terra brings big boxy, repurposed military vehicles to the table, while Pariah features Mad Max-style ones, complete with large, drag-style pipes and oversized rear-mounted thrusters. I really like this aspect of GRIP as it made me feel more immersed in the game’s lore and background. 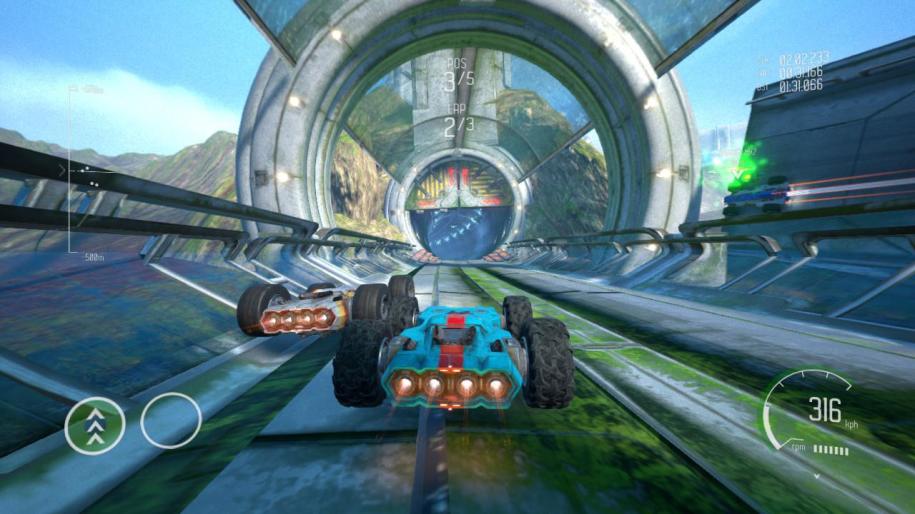 GRIP features a car customizer that all of the design divas out there can go crazy with. You can not only change your vehicle of choice’s primary and secondary paint jobs, but also emblazon them with all sorts of decals and such. You can even change out their tires for ones with different types of treads (although I believe these choices are strictly cosmetic).

One feature that will help you come to grips with GRIP (I couldn’t resist) is the game’s main campaign mode. This will allow you to learn the game more gradually since it presents you with increasingly challenging opponents and tracks. In yet another nod to the 90s, GRIP also comes with a split-screen multiplayer mode so that you can play with friends within the comfort of your own home. 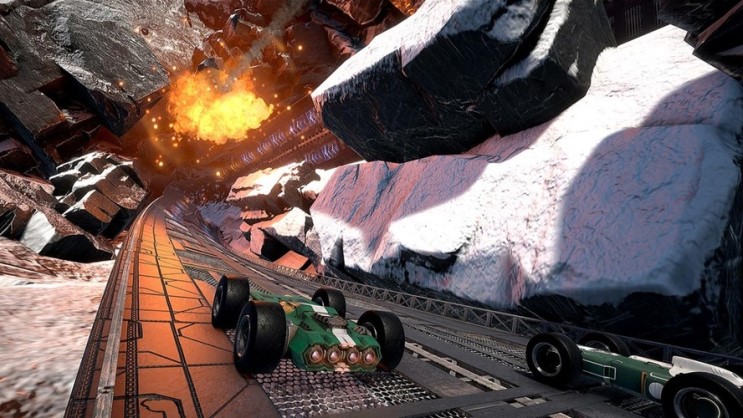 Overall, I found GRIP: Combat Racing to be a highly entertaining throwback racing experience that can really get your temples pulsating. It’s one of the fastest-paced racers out there but becomes easier to manage as you sink time into it. I highly recommend GRIP to any fans of racing games out there.

GRIP: Combat Racing has some pretty nice looking graphics that make its combat racing-based gameplay truly shine. However, you want to have a pretty beefy gaming PC or gaming laptop in order to play it at a decent framerate. So, you may just want to invest in a decent gaming rig: 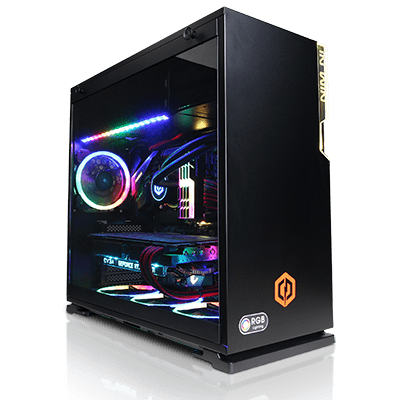