People sometimes ask me if I am familiar with MMOs and if so, why I don’t play them as much as other genres. That can be summed up quite quickly. The answer is that it’s not that I don’t appreciate them, nor that I’m not familiar with them. In fact, I’m a little too familiar with them, as I’ve let the few that I’ve played suck hours and days out of my life, and had to force myself to quit playing them lest I remain addicted to them like some sort of drug.

MMOS are the perfect confluence of epic worlds to explore, tons of different types of treasure to plunder, various monsters to battle, and character levels to attain. But the thing that separates them the most from other genres of games, is that they offer social interaction on a grand scale. Most of the other people that you see in these (besides the NPCs) games are other real live human beings whom you can fully interact with. This level of interactivity only serves to immerse you in that particular gaming world further and makes it feel like you are truly part of a living, breathing world. 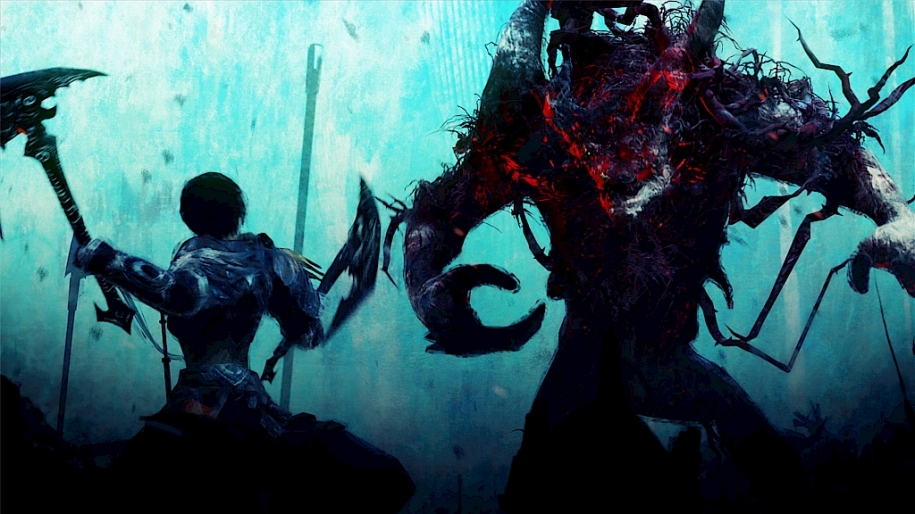 Guild Wars 2 was no exception. Originally scoffed at as a World of Warcraft clone, it quickly differentiated itself and has enjoyed its own niche in the gaming-sphere ever since it debuted a few years back. Making it more enticing to try, as well as opening itself to larger masses of gamers (for good or for worse), is that its developer, ArenaNet, made it completely free in 2015. This means that in addition to there being no subscription fees to pay, the base game is also completely free as well.

Hot on the heels of that gesture of generosity is Guild Wars 2’s first major expansion in some time, titled Heart of Thorns, which seeks to rekindle people’s interest in the long dormant series. The story begins with the game’s main setting, the world of Tyria, in some serious decline. One of the Elder Dragons, Mordremoth, has awoken from his slumbers and is bent on corrupting everything and everyone around him. The once-mighty Pact is a shadow of its former self and the airship called Armada lies in ruins, and now lays in pieces across the Maguuma Jungle. You, as an officer of the Pact, are charged with building up a resistance to the villainous dragon’s vie for power and freeing the land’s inhabitants from its wicked influence. In short: You gotta kill the dragon. 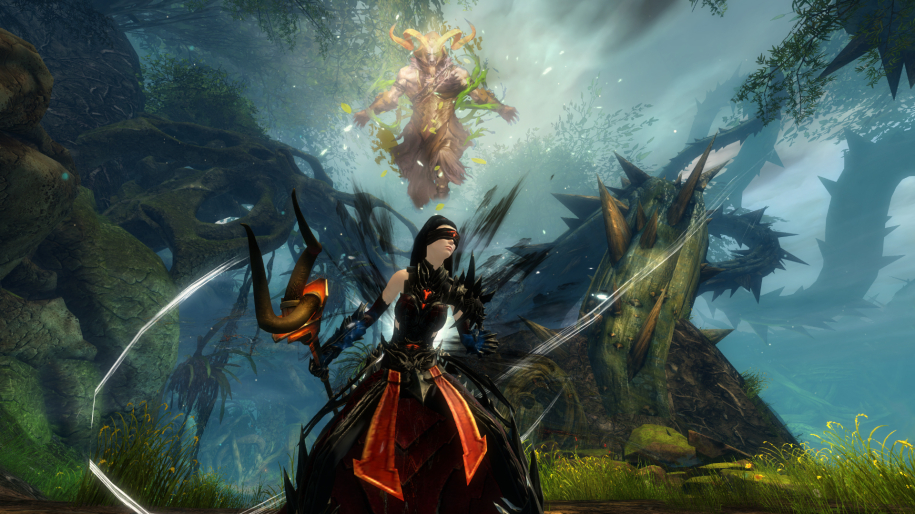 Gamers half-expected ArenaNet’s servers to bend and break under the pressure of new masses of players flooding into the new zones offered by Heart of Thorns. But this wasn’t the case. It was a smooth transition by all accounts, and gamers were able to log on and glide between the new zones and old ones with relative ease.

During my initial game I entered seamlessly into the first zone, called the Verdent Brink, and was truly astonished at how huge it was. As I looked down from the safety of its cliffs, and into the more treacherous lands below it, I realized not only how expanisive it was, but also appreciated the new verticality of the level design. The different levels, from it loftiest heights down to its murky depths, are full of character and have their own distinct style, making them interesting realms to explore in their own rights. 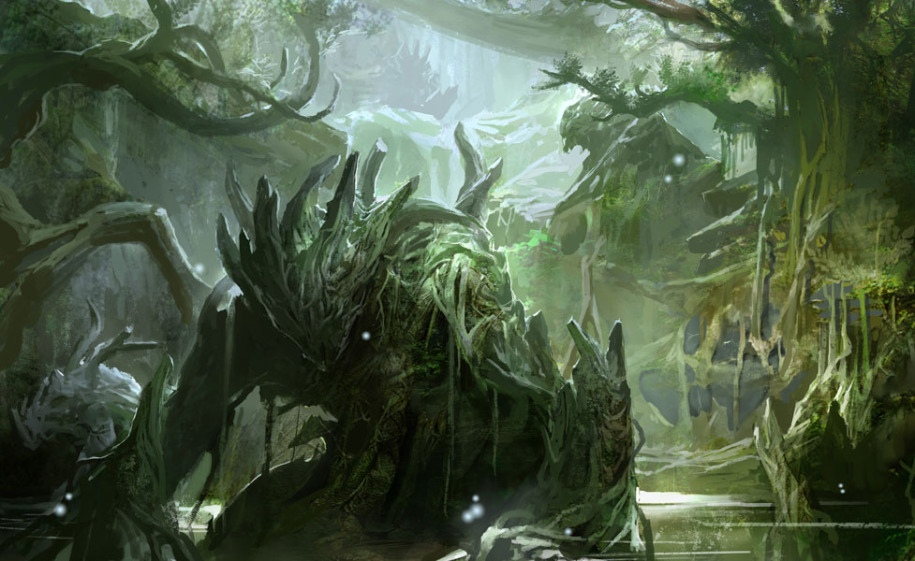 Wandering around and marveling at the game’s environments got me killed more than once, making me realize that Heart of Thorns is as captivating and expansive as it is deadly and dangerous. Teamwork is key here in order to survive, and is strongly encouraged. Venturing forth by yourself is a sure way to meet your end at the hands (or claws) of the expansion’s powerful enemies. The dangerous denizens which inhabit Heart of Thorns’ environs not only work in groups and likewise use teamwork, but many have large area of effect abilities that can quash an entire party. Staying spread out but not too far from one another is also advised.

There are timed events that play out within each zone but many of the tired cut scenes of the past have (thankfully) been replaced with third person delivery of dialogue. This helps to integrate the expansion’s generous dollops of narrative goodness more seamlessly into the gameplay and keeps it moving forward in a more immersive fashion. The developers should also be commended on the excellent voice-acting featured in Heart of Thorns, an aspect which can either really enhance a game, or seriously hinder and draw away from its strengths. 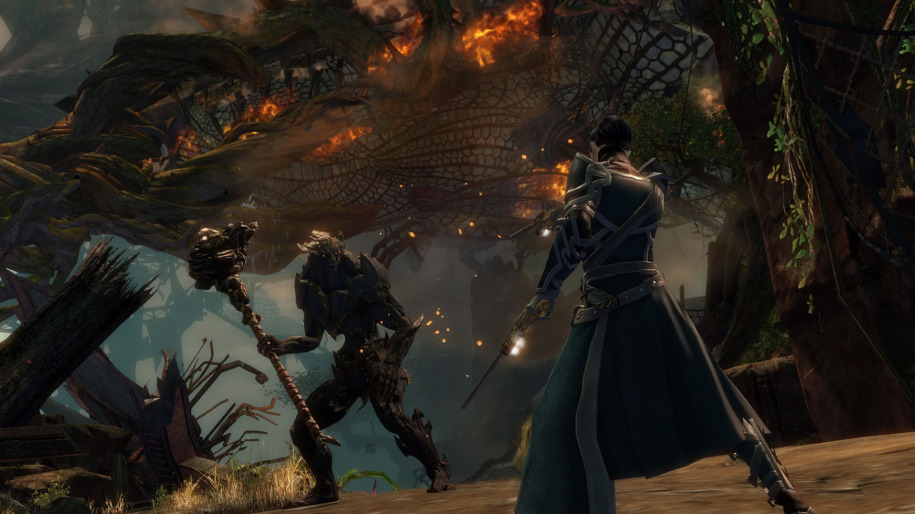 Heart of Thorn’s visuals are a wonder to behold, and feature a distinctive brush-stroke style that is really easy on the eyes. The Heart of Maguuma’s four gigantic zones have been rendered in splendid detail and are presented across a rich and diverse tapestry which tantalizes your senses. The sounds and music range from invigorating (such as during major battles) and swell to truly epic during some of the heavier story-driven scenes. Again, just as with the voice acting, sound can either draw you in further to a world, or separate you from it, and this doesn’t seem to have been lost on ArenaNet as they done a fine job in this regard.

Not only does Heart of Thorns offer new graphics and sound but also new loot, monstrous entities to battle, specific class specializations, and even a new character class called the Revenant. The biggest offering, however, is probably the ability to gain Masteries. These give maxed out characters unique things to do with all of their amassed experience, depending on what region they are in (The game’s two main ones are the Heart of Maguuma and Tyria). The new Guild Halls are also a nice addition, and give players the ability to congregate within their walls and share stories, trade equipment and items, or form parties for the purpose of adventuring forth together. 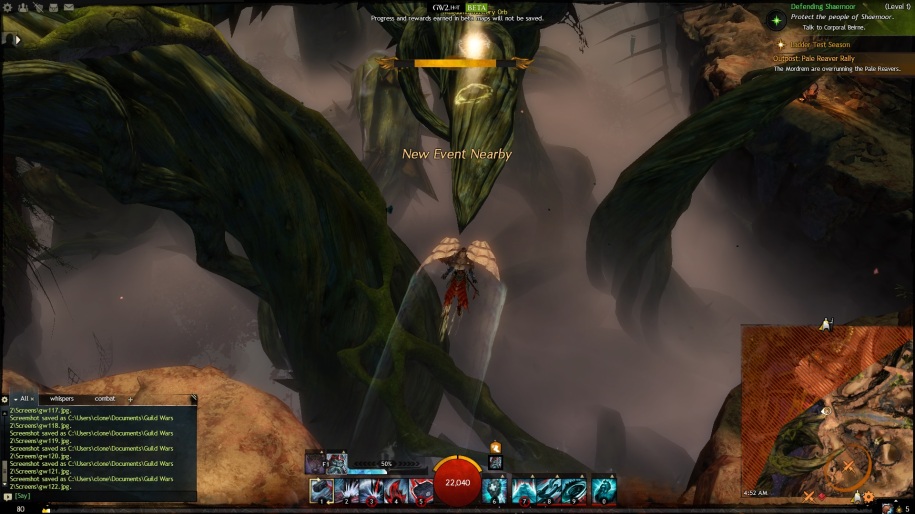 Guild Wars 2: Heart of Thorns is a worthy expansion to an already excellent base game. It features a wealth of new content beyond just update graphics and other window dressing, and should keep fans of the series occupied for some time. It’s only drawback, in my opinion, is that it isn’t free. But the good news is that the base game still is, so that sort of balances things out. Just make sure that you set aside quite a bit of time in order to play it, lest you end up looking up from your computer screen and wondering what day it is.

Guild Wars 2: Heart of Thorns is one great looking high fantasy style game that requires a pretty good computer to enjoy. Check out this latest deal by CyberpowerPC: 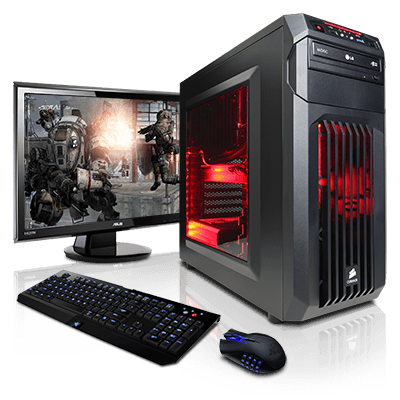