The Men of War franchise has been a cornerstone of the World War 2 real-time strategy genre for years now, with its apex represented in 2014’s Men of War: Assault Squad 2. MOW: AS2 stood out amongst all of the other WW2 RTS games in that it not only had a grittier, more realistic look, but it also allowed players to take control of individual infantrymen and manipulate them from a first or third-person viewpoint. Each of your soldiers also had their own inventory slots and you could even scavenge weapons and ammunition from nearby fallen comrades or enemies.

Their newest game, titled Men of War: Assault Squad 2 – Cold War (what a mouthful) portrays the two titanic forces of the United States of America and the USSR, as the Cold War rises in temperature until it boils over into violence. There isn’t much in the way of a narrative—I would have liked to have read what particular events led to all-out warfare between the two sides. There isn’t even a timeline so it’s unclear as to when the game takes place. However, the excellent game mechanics make-up for this rather glaring omission.

Men of War: Assault Squad 2 – Cold War’s user interface is pretty archaic and it’s a real shame that the devs still haven’t worked to improve the series’ lackluster presentation. But once you get past all of those ugly menus and drop into a match, the game opens up into a pretty good experience.

Men of War: Assault Squad 2 – Cold War definitely isn’t a hand-holdy game. There aren’t any on-screen hints nor any tutorials. I’ll be honest—you’ll probably get your rear end handed to you a few times until you can grasp the complexity of the game’s various systems. But once you do, things become easier to grasp. 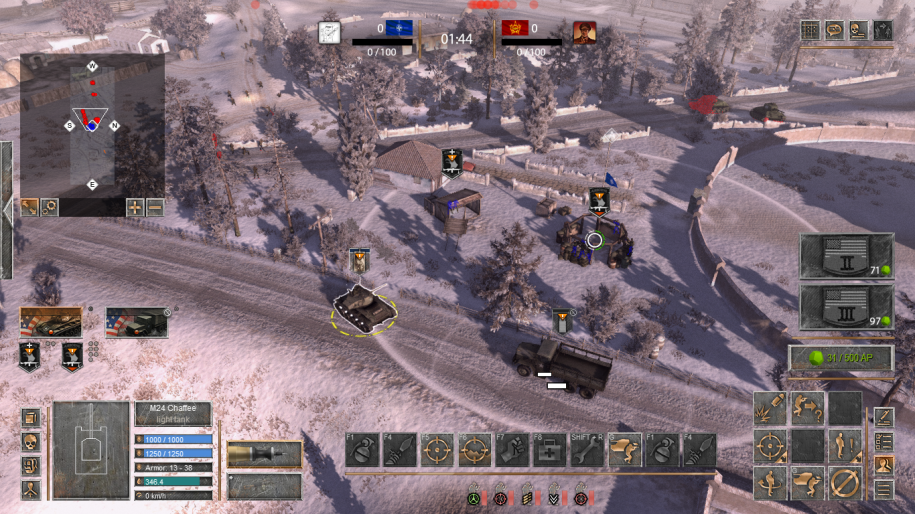 Indeed, half of the initial fun I had with it was tinkering around with the different types of units on hand and figuring out what their combat (or support) capabilities were. The fact that the game sports some pretty fun skirmish matches only adds to the uniqueness of each battle. Each side also brings jet fighters and helicopters to the battlefield, which can make things a lot more complex and emergent.

For instance, during once match the enemy had steamrolled through my central lines. So, I loaded up a few transport choppers with Airborne troops and flanked around their frontlines, capturing their rear flags with ease. This makes the battlefield much more dynamic since enemies can’t just turtle up behind defensive cover and shoot incoming soldiers down. 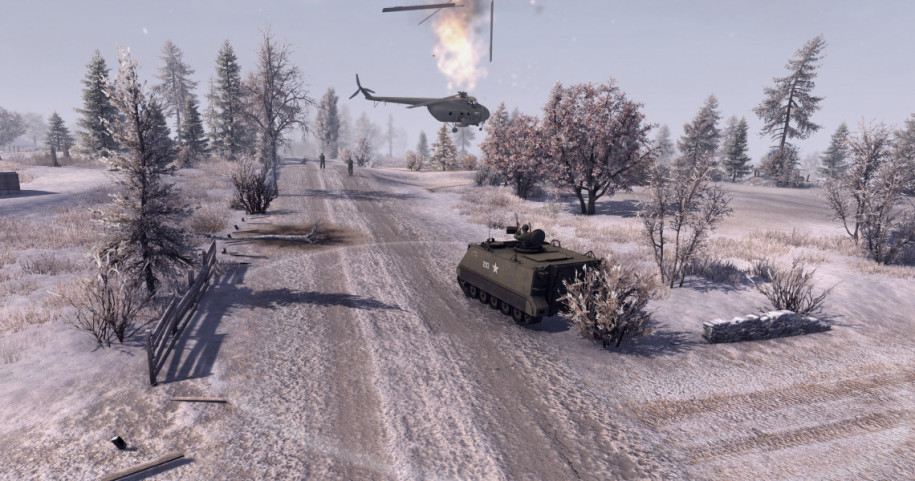 There’s a randomized campaign mode that adds a lot of replayability once you complete the main campaign. There is also an entire suite of online modes including a new co-op mode which is fantastically fun and can really get your blood pumping.

Men of War: Assault Squad 2 – Cold War’s graphics have had a slight overhaul, which you’d expect from since its last title debuted five years ago. When I zoomed in down to an individual squad of soldiers, I didn’t see any graphical flaws whatsoever, so the game’s visuals serve their purpose (and that’s about it).

Likewise, the sound is pretty decent, whether the crisp staccato of rifle fire, the whining hiss of chopper missiles, or the thunderous boom of tank shells exploding—everything in this game sounds decent. 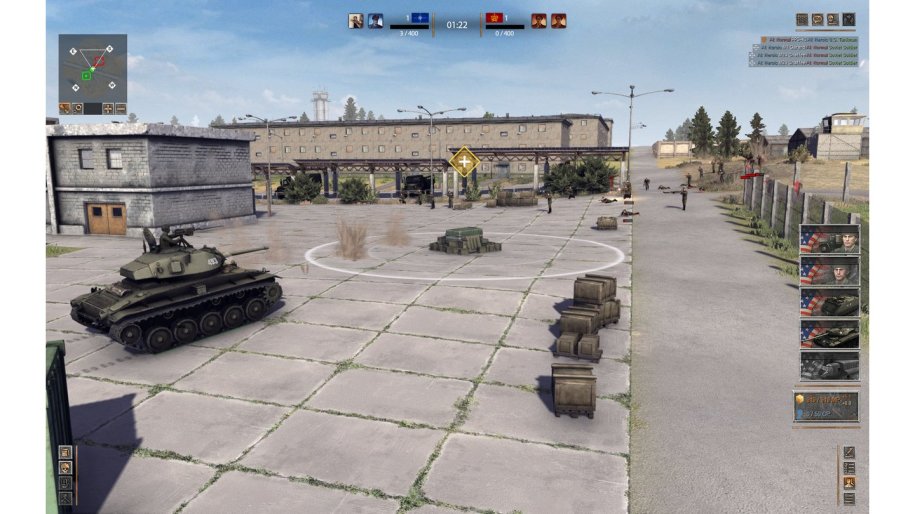 Overall, Men of War: Assault Squad 2 – Cold War is an above-average war game that offers a good amount of replay value, and is pretty fun to play solo or with friends.

Men of War: Assault Squad 2 – Cold War has some pretty nice looking graphics that make its RTS-based gameplay truly shine. However, you want to have a pretty beefy gaming PC or gaming laptop in order to play it at a decent framerate. So, you may just want to invest in a decent gaming rig: