It’s been some time, twenty three years in all (am I that old?), since Mortal Kombat first exploded onto the gaming scene, with its unique blend of over-the-top blood spillage, and gratuitous gore. Parents and bible thumpers alike, having spent their lives deriding the Dungeons & Dragons crowd into the ground, needed a new target to get their knickers all up in a twist, and apparently, Mortal Kombat represented the Seventh Sign of the Apocalypse. This of course, only provided free advertising to the legions of teenage young men who would eventually become loyal fan boys as adults. 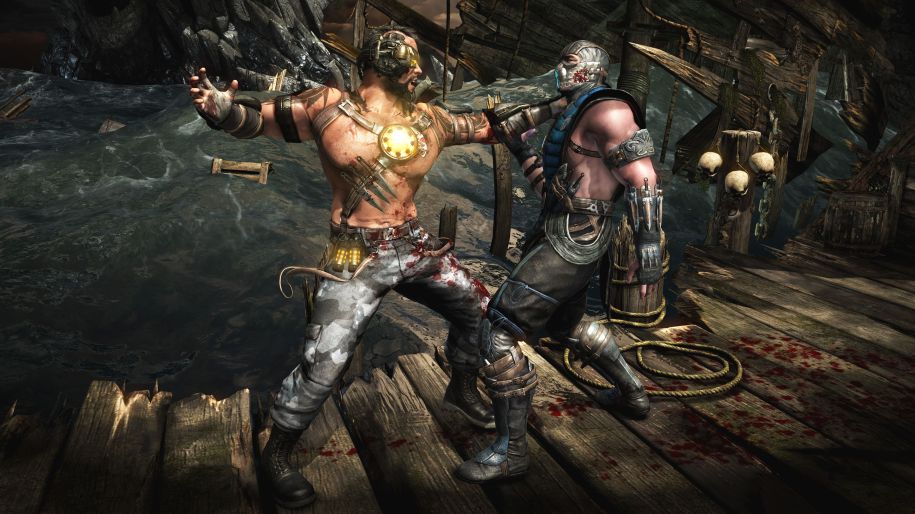 Honestly speaking, I never really got into the series. The gameplay felt stiff and the characters were frankly pretty corny compared to the ones featured in its direct competitor, Street Fighter II. Speaking of which, the Mortal Kombat series always seemed like a little red-headed stepchild when compared to Capcom’s monolithic, fighting-game juggernaut, and gave off a sort of “me too, me too” vibe. 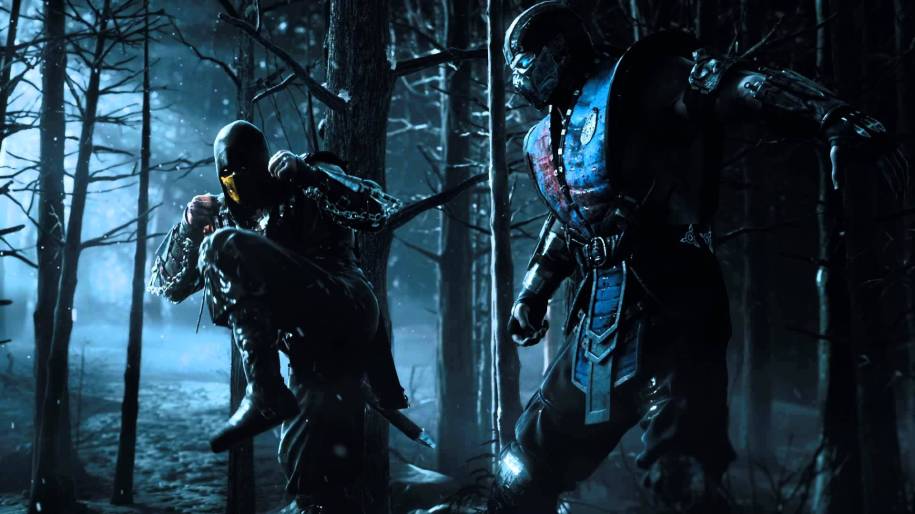 Throughout the years, they’ve rolled out a multitude of Mortal Kombat games that all seemed more or less the same, like similar chapters in a book. Yeah, they’d up the gore quotient, add a couple of new finishing moves here and there, and pump up the character roster like other fighting games, but in the end, it still felt stiff, repetitive, and uninspired.

That all changed when Mortal Kombat 9 was released. NetherRealm Studios came along and picked the stumbling franchise up out of the doldrums, dusted it off and gave it more than just a shiny new paint job. They completely revamped the series, and offered a new, epic storyline that us, in the PC gaming community, could really sink our collective teeth (boy – that’s a lot of teefeseses) into, as well as overhauled gameplay, and some incredibly fun game modes. Mortal Kombat had finally shed its antiquated outer shell like a cumbersome snake skin, and was reborn as a real challenger to Street Fighter’s storied legacy.

In this light, NetherRealm felt the heat and the pressure as expectations soared high for their latest offering, Mortal Kombat X. Fortunately for them, they were able to deliver the goods, and then some. The latest game is fully up to snuff with the current generation of video games and features a continuation of the aforementioned intriguing narrative, tighter gameplay and gaming modes that are a blast to play. While some hardcore fans may gripe and quibble here and there about some of the bread and butter characters of the series being left off of the roster, new faces have been added to the tally and their individual styles fit in perfectly with the franchise’s wonky sensibilities. 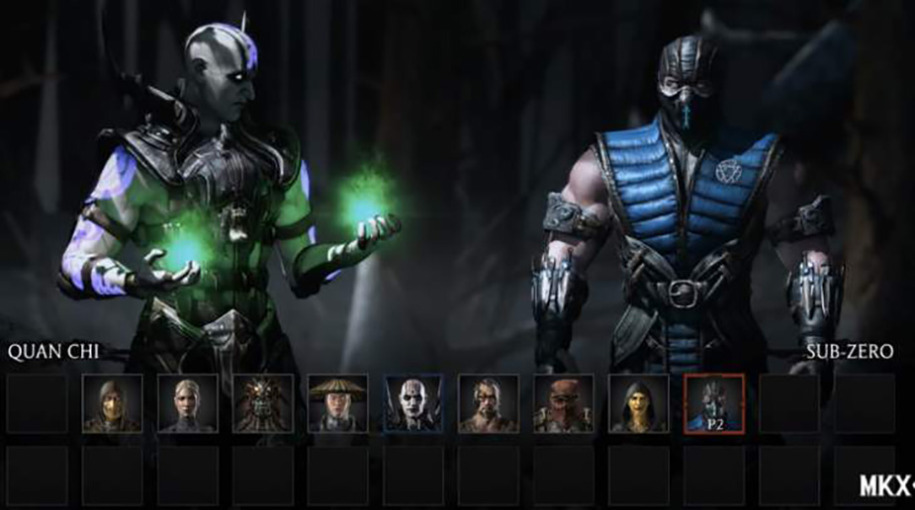 The parade of violence that has been a staple of the series has been taken to an even more frenzied level, with grisly fatalities that aren’t for the squeamish. To me, however, the finishing moves are so surreal that they are actually quite hilarious; my friends and I found ourselves laughing our butts off while pulling some of them off.

One of them literally fell out of his chair when his character got dispatched by getting his guts pulled out through his throat. Another almost blew his drink through his nose as he got punched so hard in the head that it literally fell off. The unfolding carnage really wasn’t to be taken seriously, by our crowd at least, but I can see how the more uptight, politically correct folks out there might get their bloomers all choked up, just as they always have. 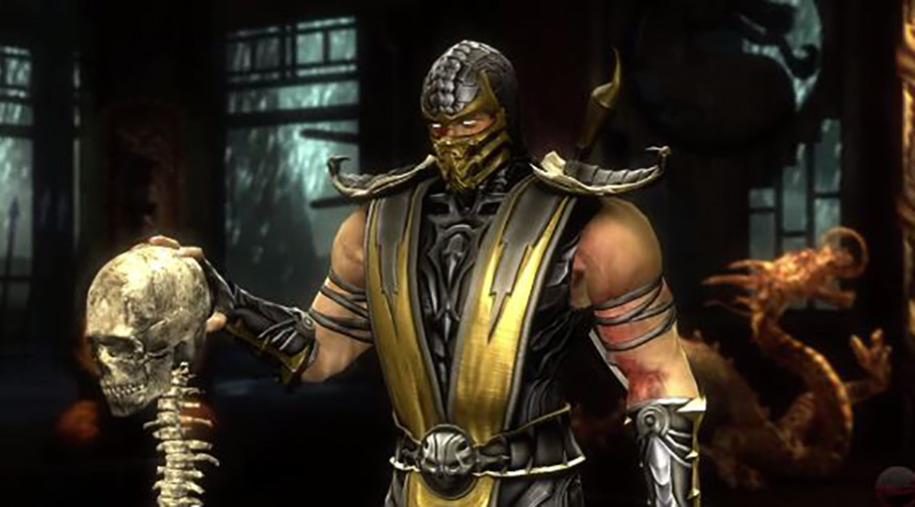 Graphically speaking, Mortal Kombat X really shines. Those fortunate enough to witness all of the action with their 4k gaming machines will be blown away by the crispness and highly detailed character models which radiates when coupled with the vibrant, almost photo-realistic backgrounds. Those with more humble PC gaming rigs will still enjoy the lush visuals, and the silly dialogue between characters which adds to the funky appeal that is part and parcel of the series.

While Mortal Kombat X isn’t the deepest fighter game around, as it was never intended to be, it’s still a very all-around fun game to play, and that’s really what matters in the end, right? The cartoonish, amusingly disgusting gore and feverish violence is even more in-your-face than ever, but the game has its own style and unique charm that stands out in an increasingly competitive fighting game market. “Get over here” and give it a whirl, you just might have a blast.

All them purdy graphics make Mortal Kombat X is bit of a resource hog. Here is a great option (and a great Summer Sale deal) that will allow you to indulge in the silky smooth gameplay and stunning visuals: 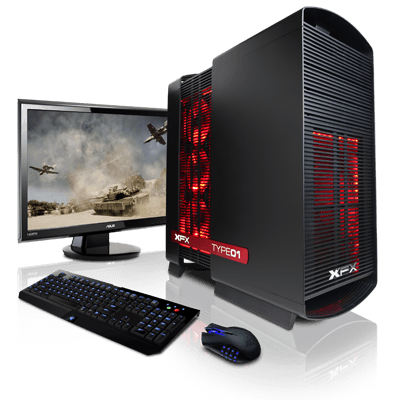 Also, check out CyberpowerPC’s website for other Summer Sale deals as well.