Games that feature the player navigating through extremely adverse conditions with unusual vehicles have never been my go-to genre for fun. Then, a few years ago a little off-road game came along and changed how I viewed them. The game in question was 2017’s MudRunner, developed by Russian outfit, Saber interactive. I never knew I’d ever have so much of a great time navigating through (and trying not to get turned over by) the wilds of Siberia.

When I’d first heard of Nordix Racing’s new game within the off-road genre, Overpass, I hoped that it would function as a sort-of updated version of MudRunner. Instead of big ol’ manly trucks (as in MudRunner), Overpass features much more nimble vehicles—namely ATVs and UTVs. There are a grand total of 43 highly challenging tracks in the game, spread out over six different venues. Each racer’s goal is to navigate across the many logs, mud, and various other obstacles, as fast as they can and hopefully win the race. 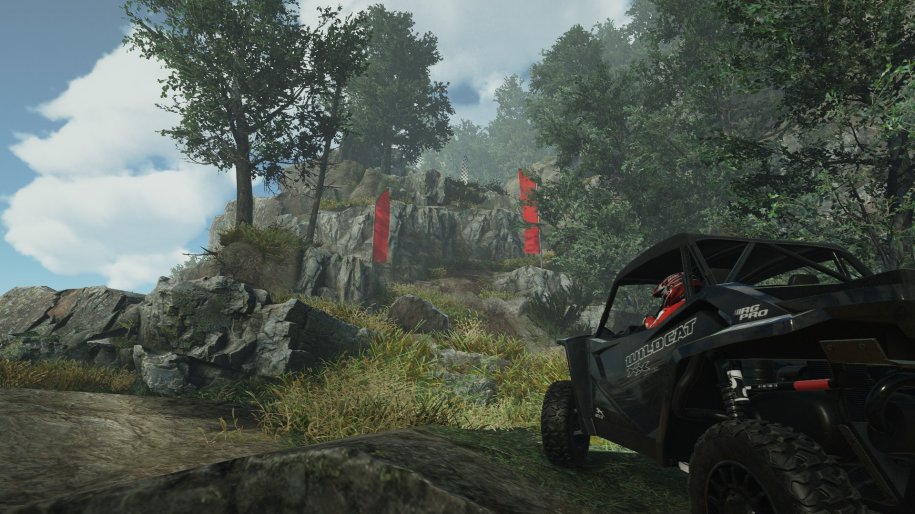 Just like Mudrunner, Overpass emulates your vehicle’s physics (and those of the environments) pretty accurately. The handling, on the other hand, isn’t that great (more on that later). You can’t just mash on the gas and pray for the best outcomes, you’ll have to use your brain to estimate the wisest course of traversal in order to be successful. Your angle, steering, and approach are equally important to your speed.

The game’s tutorial isn’t the most helpful. Besides telling you to avoid hitting any of the cones on a track, I didn’t learn too much more than that. What is the difference between the different types of vehicles you can choose from? How does each type of damage affect the different vehicles as well? It would have been a little easier to get into Overpass had the tutorial been more of a comprehensive affair.

I quickly found out that your vehicles will get damaged over the course of a race, a lot. For instance, big fat tires that are littered around each track can seriously damage your engine and tires if you ride too carelessly over them. You can’t see the actual damage caused but it is indicated on a handy HUD to the bottom left of your screen. 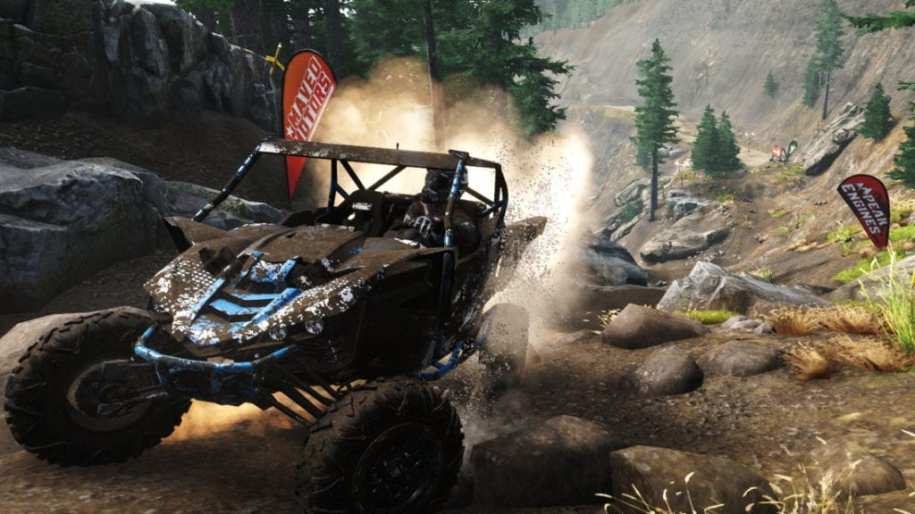 I tried experimenting a lot with the different types of four and two-wheeled ATVs and UTVs, but to be honest, nothing about their handing seemed to stand out. As a matter of fact, the handling in Overpass, in general, feels kind of sluggish. The lethargic handling, combined with the sometimes overwhelming difficulty of the tracks, often resulted in wanting to tear my hair out and quit the match, rather than try again.

To the game’s credit, there are a decent amount of modes to play around with, including a standard Career Mode, Quick Race, and Online and Split-screen multiplayer modes. There’s also a nifty Custom Challenge Mode where you can define your own schedule of races. 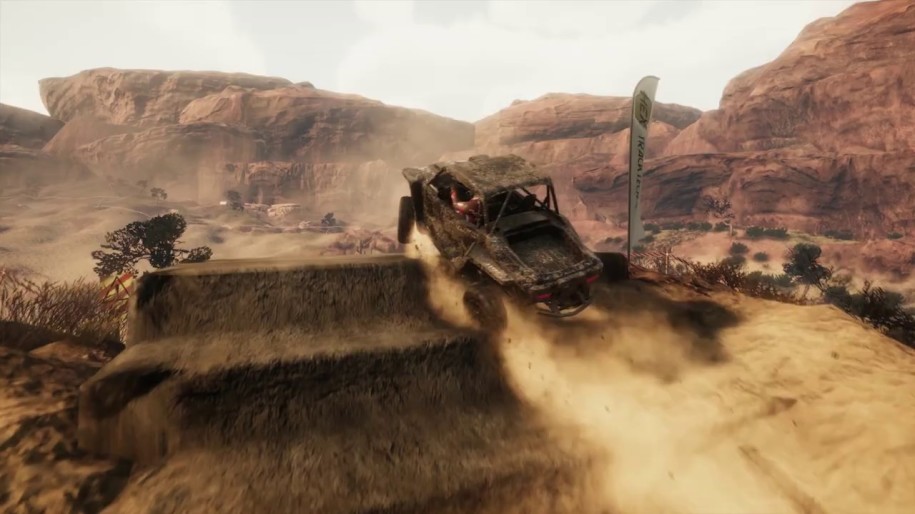 Overall, Overpass is a game that will probably appeal to a small niche of off-road game junkies who lap up any sort of racing game that is even remotely within the off-road genre. I just didn’t find the upgraded version of MudRunner that I was hoping for and nothing about this off-road racer felt particularly memorable to me.

Overpass has some pretty good looking graphics that make its racing gameplay truly shine. However, you want to have a pretty beefy gaming PC or gaming laptop in order to play it at a decent framerate. So, you may just want to invest in a decent gaming rig: