If you’re a gamer, you’ve undoubtedly heard of Blizzard. I’ve watched them develop over the years from a green horn, upstart game developer (and eventually publisher), to a full-fledged, triple-A powerhouse. Well, I haven’t just watched them grow, I’ve sunk quite a few (okay, well actually hundreds) of hours in to some of their games.

I almost lost a girlfriend over my Diablo 2 obsession (well – she did but it for me after all), and I tried World of Warcraft. I say tried because by then I had become aware of Blizzard’s penchant for developing highly addictive games that people can come to tweak out on, and so managed to avoid that potential life-sucker. Once, I literally experienced a gamer friend I used to know, break down and leave a social event because he had to get back home to join his regular WOW party. He justified it as not wanting to let the rest of his party down, no…he couldn’t do that, as he hurriedly grabbed his jacket and car keys and sprinted out the door. Talk about some dedication! 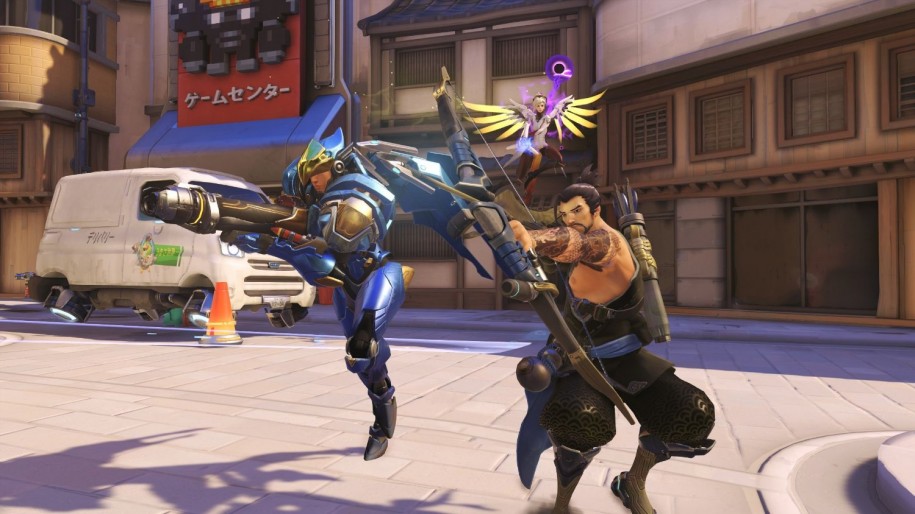 While Blizzard has developed some spectacular IPs, including the above games, as well as the venerated Star Craft franchise, and the new, enormously popular Hearthstone series, they don’t have a single, straight-up shooter title. They must have convened at some point, after some noggin scratching, and collectively said: Hmmm…we need to make a shooter.

I must say that upon first firing up Overwatch and beholding its wacky, vibrant menus, and super color-saturated graphics palate complete with equally whimsical and goofy characters, I immediately thought that I was playing an updated adaptation of Team Fortress 2, which is still the rightful ruler in this game-sphere. 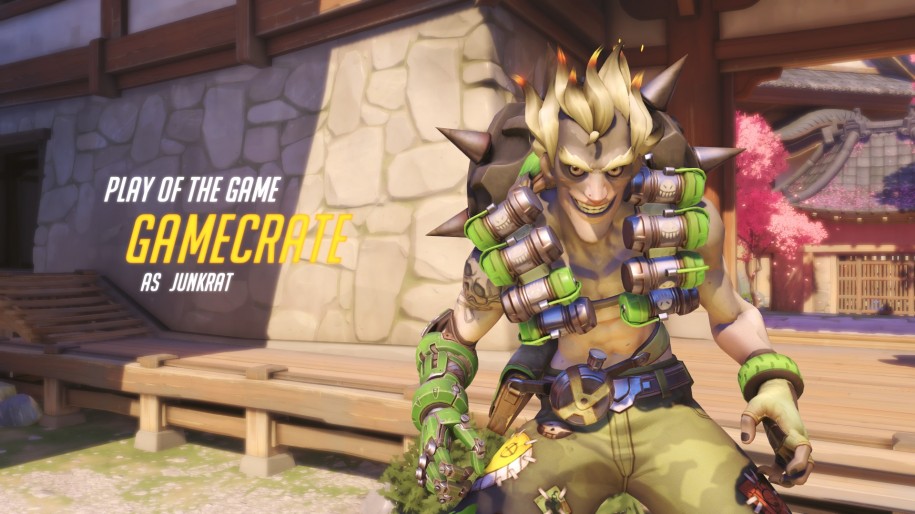 The second thing that I noticed, beyond the stellar production values, was that the game’s setup was an intriguing one. Overwatch is billed as a team-based first person shooter, and in that way it delivers. Players get to choose from a diverse roster of twenty-one characters, each with their own strengths and weaknesses. Each of these characters are unique and have their own special powers and abilities, such as Pharrah’s rocket leap, or Tracer’s ninja-like ambush tactics, as well as an Ultimate ability that builds up gradually over the course of a match.

One of the funnest things about the game, in my opinion, is simply mixing and matching your team members during the setup phase of a game, hopefully with characters that play well off one another. With such a stacked roster of characters to choose from, there is certainly at least one or two that will suit each player’s playstyle. When a team comes together and gels, you can really cause some havoc for the opposing team. On the other hand, if things aren’t quite working out, players can always switch characters out in-between rounds in order to try something different. 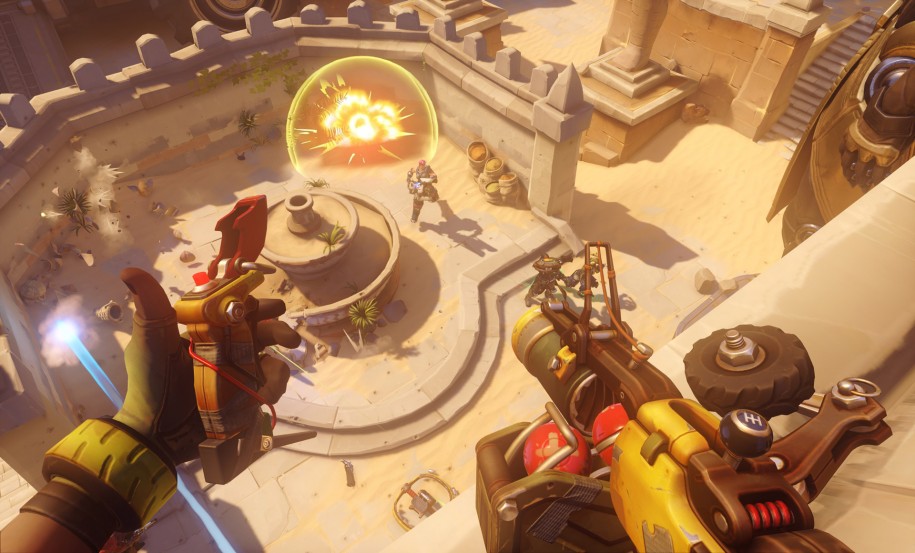 One thing that is slightly concerning is that Overwatch is devoid of any sort of backstory. It’s as if Blizzard has sort of looked around and looked at the current state of super-hyper-fast, vapid, tween-friendly fare, and said: If you can’t beat ‘em, join ‘em. While I would have expected this from a newer game developer, Blizzard has more or less built its reputation on narrative-heavy games with fully developed backstories and interesting characters and plotlines. Overwatch is several steps backwards in this respect.

Luckily, as a pure, adrenaline fun-ride, Overwatch delivers in spades, at least for gamers who love this sort of brand of hyper-fast shooters. Each character is pretty easy to grasp, and learning how to use their powers and abilities is not only fun, but also helps you to understand how they can best complement the rest of the team. The combat mechanics are sharp and full of gusto. One minute, you’ll be defending a point with Torbjörn’s stationary turrets, blasting away at interlopers, and in another you may be perforating enemies with your mighty (some say over-powered) chaingun. 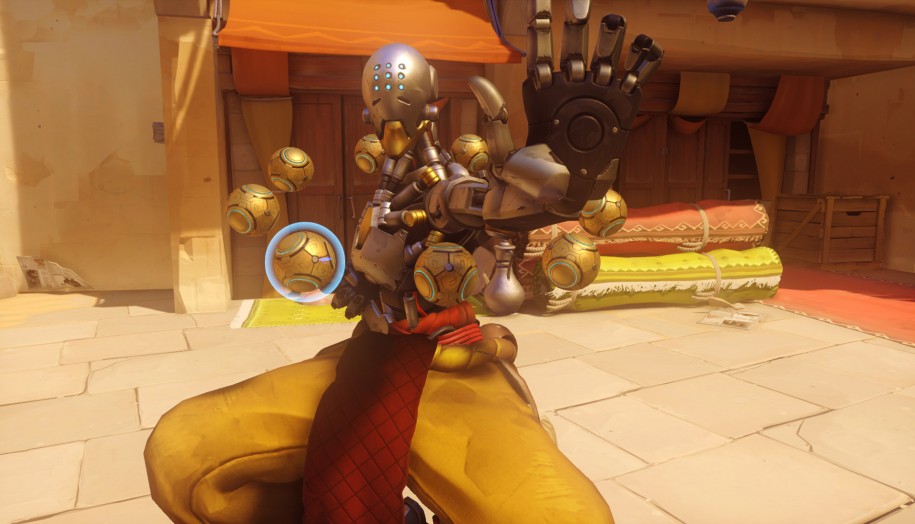 One thing that sets Overwatch apart from many similar games of this ever-popular genre, is that what you see is what you get. That is to say, there is no grinding for gear or special add-on perks, no experience levels, nor any sort of upgrades. You can purchase in-game loot boxes, but they only provide superficial enhancements such as to your character’s appearance and the like. While this evens the playing field and makes for a more newbie-friendly atmosphere, many may be put off by the lack of a dedicated progression system.

Overwatch certainly is a looker. It sports some really beautiful, anime-inspired visuals, with clearly defined lines and surfaces. It fits perfectly with the not-so-serious tone of the game and keeps everything bouncy and moving along nicely. This adherence to a cleaner graphical scheme makes Overwatch a smooth gaming experience, framerate-wise, and I didn’t experience any shudders or hiccups on my CyberpowerPC gaming PC (with GTX 970 Gaming 4G card). The effects and sounds are also very lively and fun, and again, fit right in with the tonality of the proceedings.

Overall, Overwatch is a blast to play, if taken for what it is: a cleverly designed, superficial shooter, bereft of any story elements. It was designed to be accessible by the masses right out of the gate, and will surely garner legions of die-hard fans no matter what. Blizzard fans are a particularly ravenous lot, and as such, many of the inconsistencies, drawbacks, and technical issues that Overwatch might have will be overlooked in favor of the super-hyper-fast gameplay, along with the look at me, I’m at the top of the kill list, post-game trash-talking type theatrics. 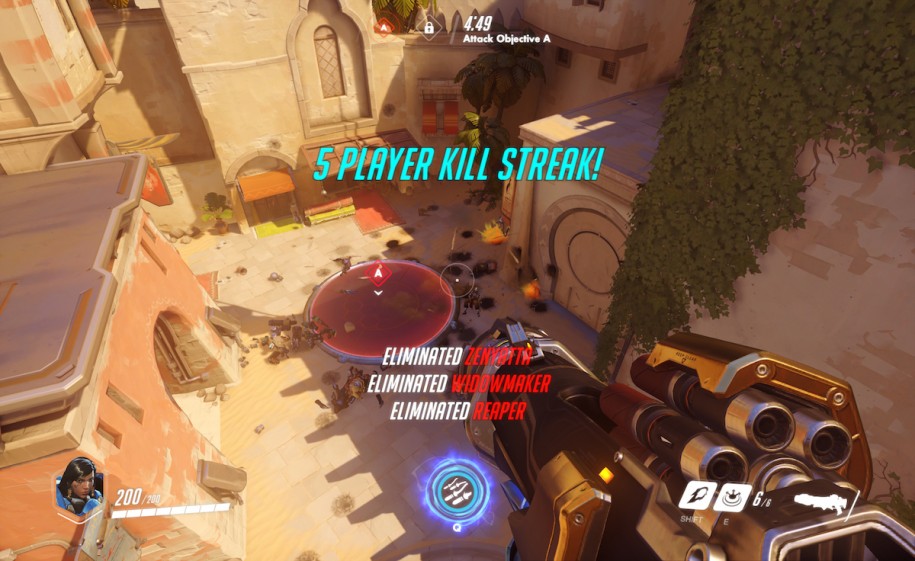 Those seeking a deeper, more paced and strategic gaming experience will probably want to look elsewhere. Overwatch isn’t trying to be that, and as such, works perfectly fine within the boundaries of its limited breadth. Will I be playing Overwatch in a month? Probably not. But it is a fun, colorful thrill-ride that shines brightly in the early goings.

Overwatch sport some graphics that are pretty dare great. However, in order to play it with a decent framerate at higher resolutions, you’re going to need a powerful gaming PC or gaming laptop, such as: 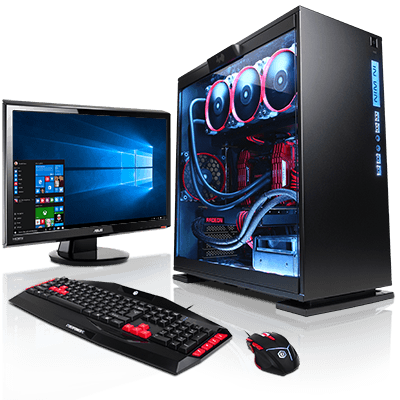