My three friends and I were flying over the dusty ridges of PlayerUnknown’s Battlegrounds’s new South American map, Miramar. We’d recently parachuted in, and after grabbing our initial weapons and survival equipment from an old industrial plant, were on our way to El Pozo. We were riding in one of the new map’s newfangled vehicles, a bulky pickup truck that was ideal for traversing the challenging environs of Miramar.

We’d just arrived to the outskirts of El Pozo, a dirt-caked town on the fringes of the map, when an enemy vehicle came into view. It was another one of the new vehicles, a large van that looks like a VW hippie wagon. We immediately began swirling around each other, and each vehicle’s occupants took turns firing out of the windows at each other. But their vehicle was tougher, and eventually we had to bail out of our smoking pickup and into the middle of the street. 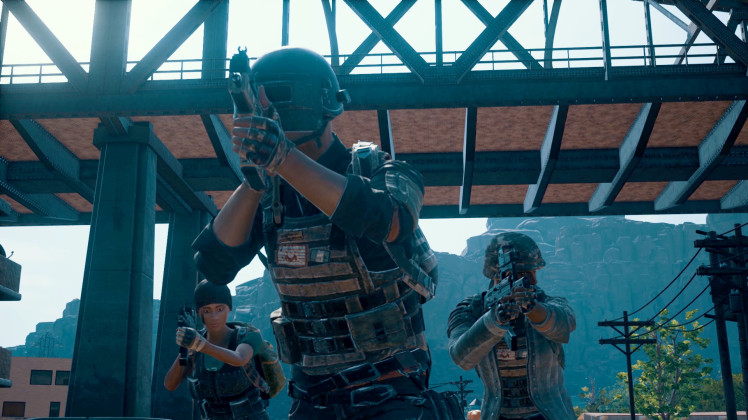 The van stopped about thirty meters from us and our foes likewise jumped out and sought cover behind nearby buildings. Since we were caught out in the street, we hunkered down behind our shot-up pickup and used its broad fuselage the best we could for cover. Multiple firearm staccatos rang out as each side exchanged hot lead—it reminded me of those old Wild West shootouts that they used to play on TV back in the day. The only thing missing were a few tumbleweeds blowing through town.

In a scene reminiscent of the fantastic shootout in 1995’s film, Heat, both parties shot away at each other for what seemed like an eternity. In a testament to PUBG’s brilliant physics model, our crippled truck’s windows were shot out and it lurched a couple of times as its tires were punctured by bullets. 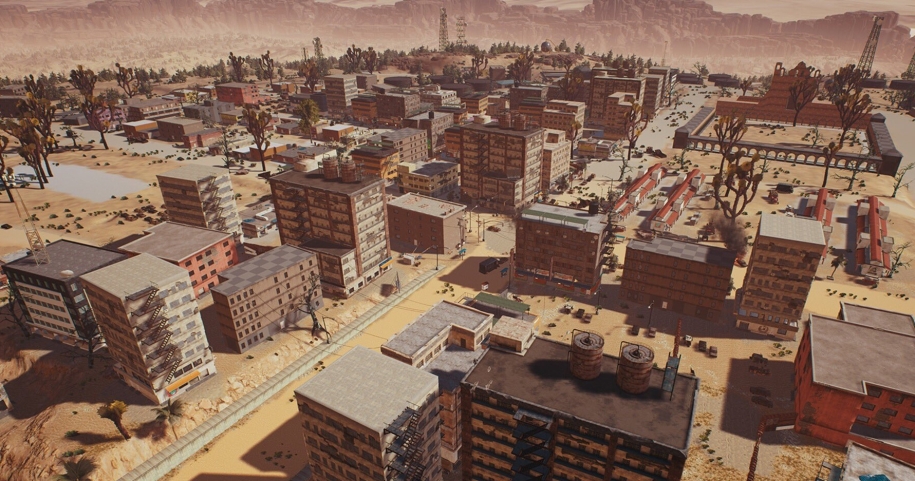 Fortunately, scenes like these aren’t all that rare in PUBG, especially now with the release of version 1.0. PUBG 1.0 designates the game as officially leaving Early Access and storming the gaming world like a Category Five Hurricane. Indeed, since its debut two days ago on December 21st, I’ve seen the “SERVERS ARE TOO BUSY TRY AGAIN LATER” message flash across my screen on more than one occasion.

So what exactly does the 1.0 version of PUBG bring to the table that we all haven’t seen before? Well, probably the biggest addition to the game is the new desert-themed South American map, Miramar. Miramar is a vast, arid expanse filled with cacti, rolling windswept plains, mesa, hills and mountains, and myriad valleys, draws, and gulches to get lost in. In short, it looks like something you’d see in classic westerns such as The Good, The Bad, and The Ugly.

PUBG 1.0 also comes packed with a few new weapons, new vehicles, and the much ballyhooed about climbing and vaulting gameplay mechanics. The latter two have really increased my kill/death ratio, since they allow me to sneak up on enemies more effectively. For instance, I’ve bounded through window sills of farmhouses and ambushed their inhabitants; I’ve also climbed the ladders on the sides of factory buildings in order to get the drop on foes down below. These new mechanics are seriously game-changing. 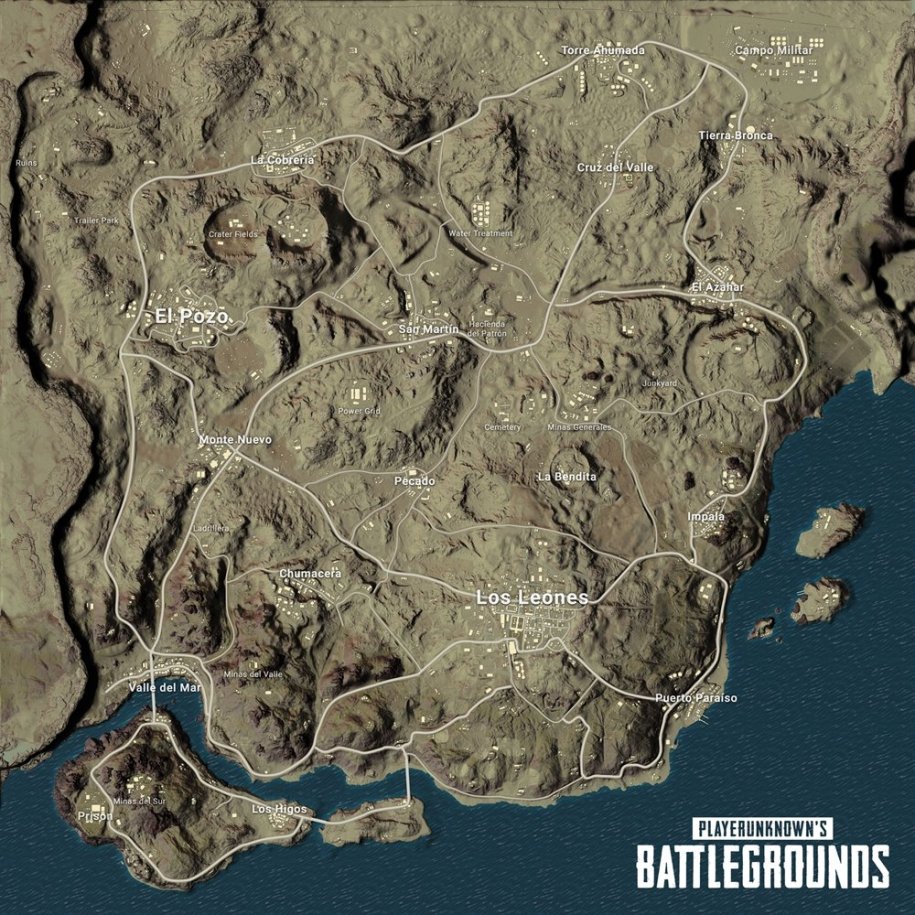 While these new factors are all fine and dandy, probably the most impressive addition (at least to me) is that PUBG has finally been optimized. Besides some occasional server lag, which is expected because of the game’s overwhelmed servers, PUBG runs much more smoothly. I personally pulled 60 FPS with all settings on High, with only a GTX 970 4G graphics card.

All of these elements make combat more dynamic, fluid, and intuitive than before. And it doesn’t hurt that Miramar offers lots of verticality, with its high peaks, narrow saddles, and sun-parched valleys. Also, unlike the original Russian PUBG map, there aren’t a lot of trees to hide behind, making the new map a sniper’s paradise. I can’t tell you how many times I’ve been jogging across a wide plain somewhere and have gotten killed by one or two well-placed sniper shots. The worst part about it is that I usually didn’t even know where the bullets came from. 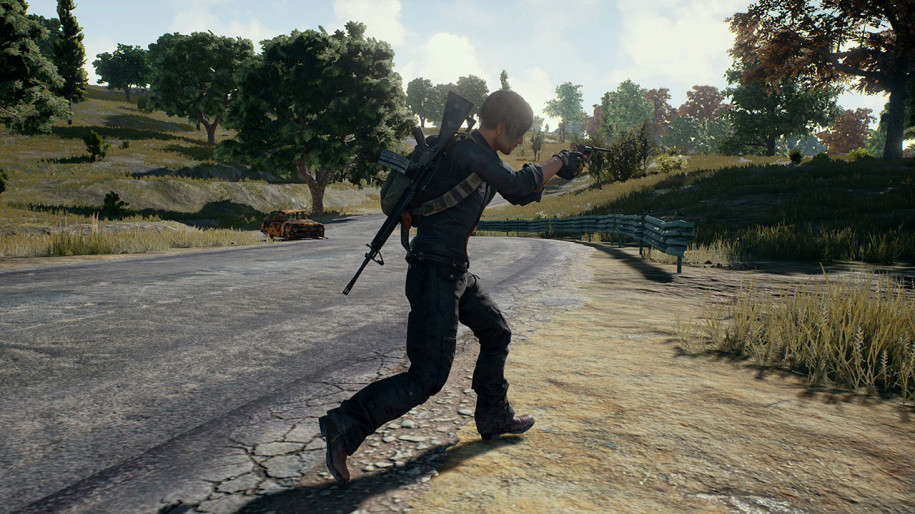 Luckily, PUBG 1.0 now features a kill cam, so you can watch from your killer’s perspective after you die, and see exactly how they got you. This makes it much tougher for hackers to get away with using cheats such as aimbots. There is also a handy recording studio where you can go and re-watch past games. I really love watching my own games over again, since I can study my tactics and see where things went wrong and what I need to improve upon.

If PUBG seemed a little addicting before, the 1.0 version might as well be cracknip for me. The brilliant concept of parachuting down from a plane onto a gigantic map, quickly scavenging for weapons and equipment (and perhaps a vehicle), setting up ambushes or other strategies for your enemies, and hopefully emerging victorious, is a super-fun experience. I would like to add, however, that since randoms that I’ve played with never have mics, you’ll get the best out of PUBG if you play with friends. That way you can all communicate your strategies and tactics and adjust them on the fly. 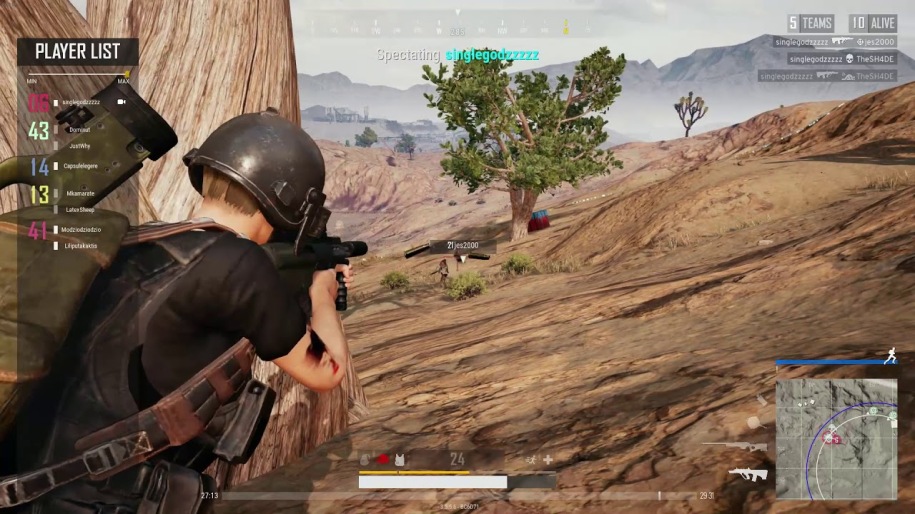 PUBG 1.0 is probably one of the most immersive, addictive, balls-to-the-walls, flat out fun games that I’ve played in some time. The adrenaline you get from engaging in some of the crazy shootouts that can go down in the game are Jerry Bruckheimer-action-scene worthy.

PlayerUnknown’s Battlegrounds features outstanding graphics that make its fast-paced shooter gameplay truly shine. However, you want to have a pretty beefy gaming PC or gaming laptop in order to play it at a decent framerate. So, you may just want to invest in a decent gaming rig: