I fondly remember the golden age of real-time strategy games, and sometimes let my mind drift back to how good things really were as far as that venerable genre was concerned. We had the various Command & Conquer and Age of Empires titles, as well as spectacular one-offs such as Age of Mythology (why didn’t they ever make another one of those?).

I also distinctly remember encountering StarCraft for the very first time. I was over at a fellow gamer-geek’s place and he fired it up. Online gaming was new at that time, so he had to log onto BattleNet.com after slapping the game CD into his computer’s optical drive (remember those?). That was almost twenty years ago, in 1998, which was smack-dab right in the middle of the strategy game heydays. 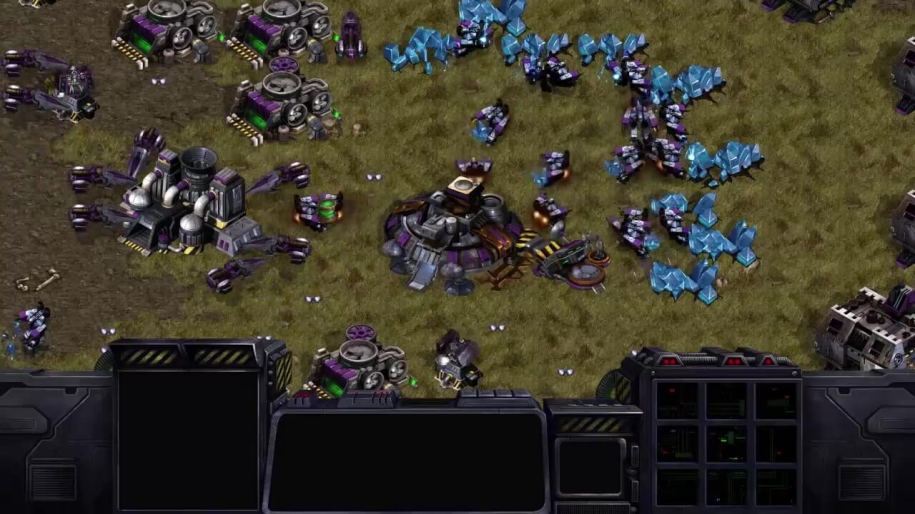 As someone who doesn’t believe that an RTS isn’t really an RTS unless it has base-building, I appreciated StarCraft for having a full base-building system. I also enjoyed watching the gradual build-up of not only my friend’s base, but also his forces (he was playing the Terrans at the time) and the overall expansion of his territory. When he started bumping into his enemies, first someone who was playing the Zerg, and then another who played as the Protoss, the combat mechanics were pretty phenomenal to witness for that time.

One thing I didn’t really like about StarCraft was not only the somewhat muddled graphics, and also the cartoonish theme that it presented. This was made even more glaring when almost a decade later, when THQ released the epic Warhammer 40K: Dawn of War title. DOW had that whole Grimdark thing going on—which meant that it envisioned a cold, dangerous universe at constant war, and it’s more somber graphics reflected that. DOW’s serious tone stood in stark contrast to the brightly-colored, almost anime look that StarCraft brought to the table. 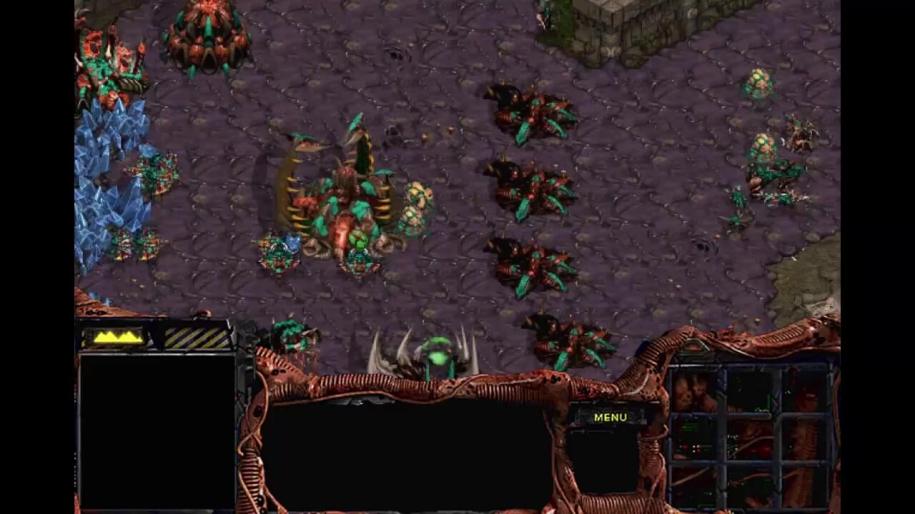 One thing that StarCraft arguably does a better job at than DOW is maintaining game balance. In other words, in offering only three factions (Terrans, Zerg, and Protoss) StarCraft managed to limit the margin for error indicative in games which allow you to choose from a larger roster of races/factions. I say “arguable” because in some cases, races such as the Necron in DOW are overpowered because they’re supposed to be—they’re designed in accordance with the Warhammer 40K lore.

The recently released StarCraft: Remastered proves that re-releasing classic games can be both a good and bad thing. First, the good stuff…

StarCraft: Remastered offers exactly what you’d expect from the game’s title: A remastered and re-touched version of the original classic game. By that I mean, it literally has all of the same game mechanics that we’re all used to (those of us who played the original back in the day that is) so that it’s very easy to pick up and play for us veterans. 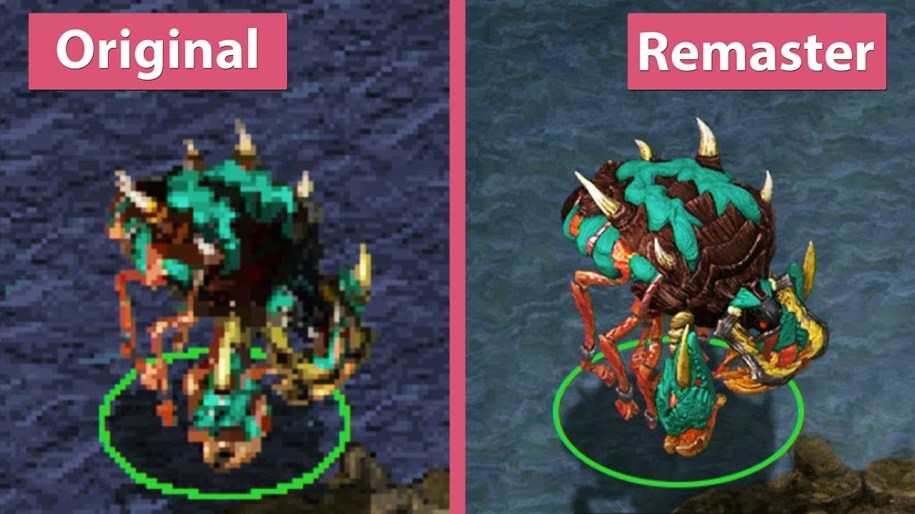 They’ve also included some new, re-worked cutscenes for the campaign, as well as included all of the Broodwar expansion goodness in there as well. In this regard, the campaign is pretty darn lengthy and has a considerable amount of content to enjoy, even if you played the original game’s campaign years and years ago. StarCraft: Remastered also been given a new coat of digital paint as well. Psychic Protoss storms raging across your entire screen; Zerg scrambling towards enemy bases using their patented Zerg rush; assault rifles blazing as Terran Marines blast away at anything that moves—it’s all here and looks much better than it did almost two decades ago.

On the not so good side, StarCraft: Remastered still suffers from some horrendous AI pathfinding issues—the same ones that plagued the original game. I realize that the developers were going for authenticity here, but I wish they would have at least fixed that major issue. Also, you can still only select up to 12 units at a time. 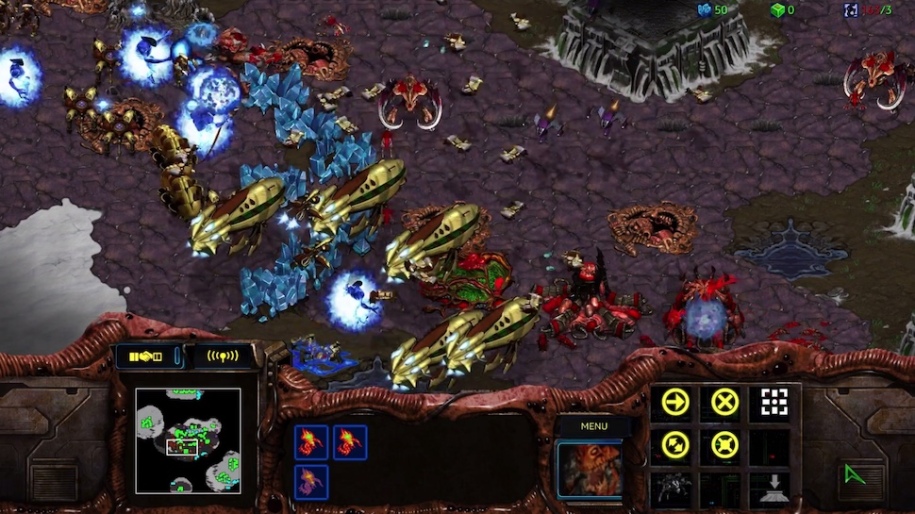 These factors lead to some pretty unintuitive controls as you attempt to select a large army grouping and move them somewhere. Instead, you will frequently select units that you didn’t want to, and send them marching off in some random direction instead of where you want them to go. Needless to say, this can become quite an exercise in frustration in the midst of battles, as your army goes rampaging off somewhere, or even worse, your forces aren’t able to defend their own base that’s under attack.

I’d still consider StarCraft: Remastered a good pick-up for long-time fans of the series, as well as newcomers. With its improved visuals, chess-like gameplay, solid balance, and ponderous pacing, it’s a great strategy game for RTS fanatics such as myself, and judging by the many positive reviews that it’s receiving, others agree with that sentiment. 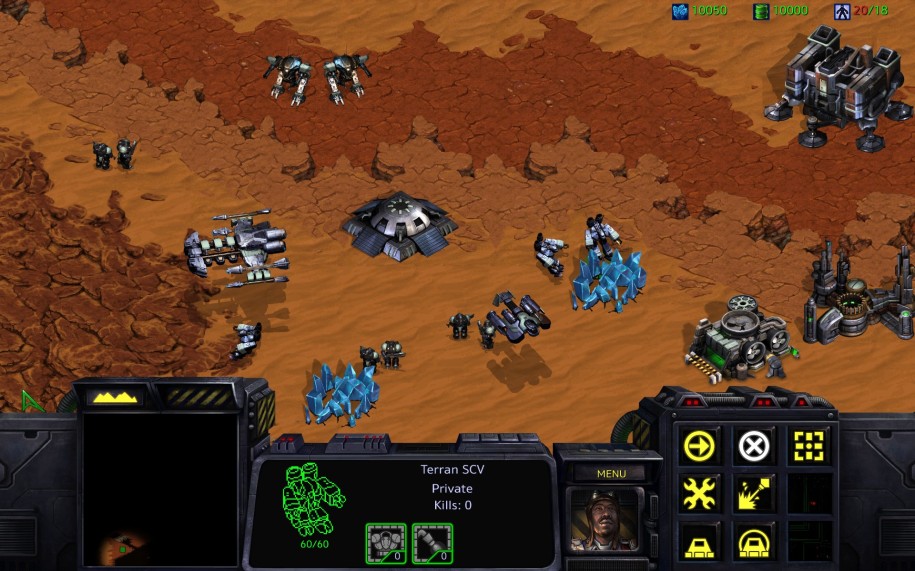 StarCraft: Remastered features great graphics that make its science fiction theme come alive. However, you want to have a pretty beefy gaming PC or gaming laptop in order to play it at a decent framerate. So, you may just want to invest in a decent gaming rig: