Rust recently exited Early Access. It’s one of those indie survival titles that has become synonymous with the term “toxic community.” Basically, if you mention that term and “game” people will know that you’re most likely referring to Rust.

I remember booting up my first game back in 2014 and trying it out with a regular gaming buddy of mine. Back then it was fresh and raw and we built a ramshackle base as quickly as we could. When we encountered other players in the server, they’d either attack us on sight, or would strike up silly conversations. But it was more or less 50/50 back then.

During that game, we had built next to another duo of players who were friendly (after getting over their initial suspicions) enough to give us resources, including food, clean water, weapons, and ammo. Eventually, a large roving band of bandits came through and wiped both of our bases out. But it had been a fun month of hijinks while it lasted. Many of our early experiences with Rust were like that. Risky, but fun. 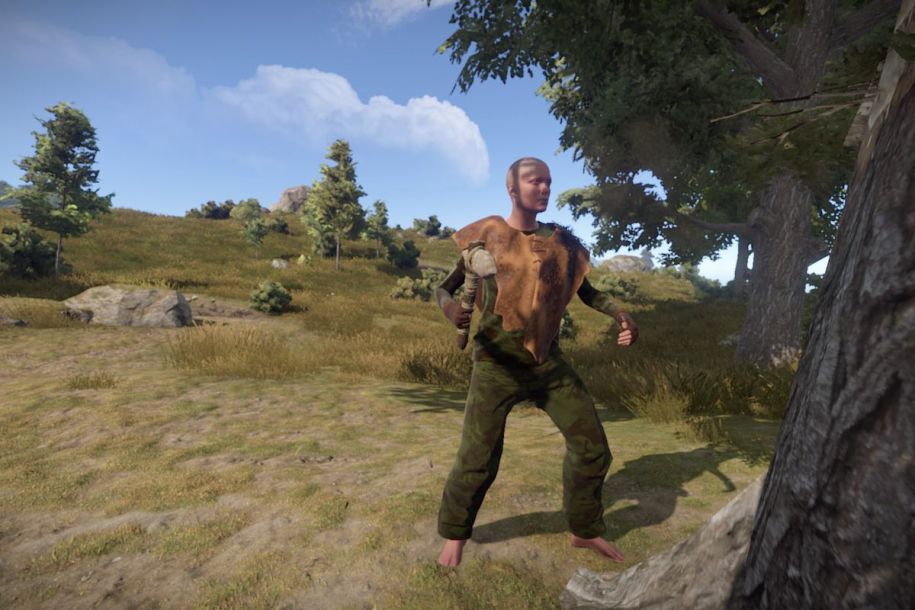 While there have always been KOS (Kill-on-sight) types that frequented Rust’s servers, we began to notice a dramatic uptick in this trend with each passing year. In response to that, we turned ourselves into self-styled anti-bullies. We dedicated ourselves to looking out for new-spawns and helping likeminded people when they were being attacked by clans full of A-holes. It worked…for a little while at least.

The last time I played a dedicated game of Rust back in 2017. We attracted a bunch of other people who were supposedly tired of being bullied and attacked constantly without any sort of provocation whatsoever. Eventually, we grew to over a dozen totally dedicated players. By dedicated, I mean hardcore Rust gamers who kept a steady schedule as to who was going to be guarding our bases at what times, etc. 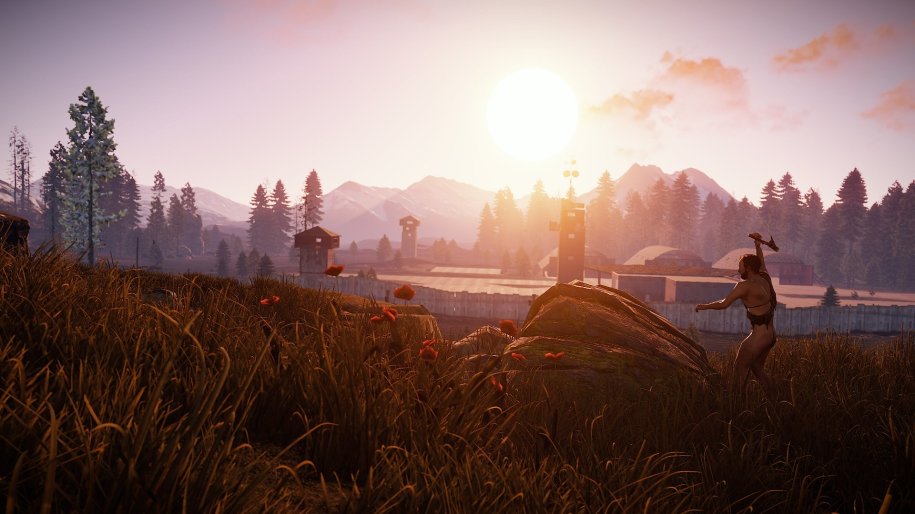 Since Rust is a game that is set in a post-apocalyptic future and every player basically starts with virtually nothing, we’d always be on the lookout for newbies in order to help them. Then, certain members of our team started to bring in more people. Only these people weren’t quite the agreeable kind. They were more into finding out which of our neighbor’s bases seemed weak enough to raid. It suddenly became about raiding, raiding, and more raiding.

That’s right, overnight we turned from the biggest anti-bullies to the biggest bullies on any server we jumped into. No matter what my original pal and I said with regards to being more conservative and helping others, these ADD types swayed the majority of our group to attack anybody we encountered on sight. And also taunt them while doing so. After a disastrous raid against some well-armed neighbors, which was full of betrayals and displays of borderline behavioral psychoses, we quit the game. 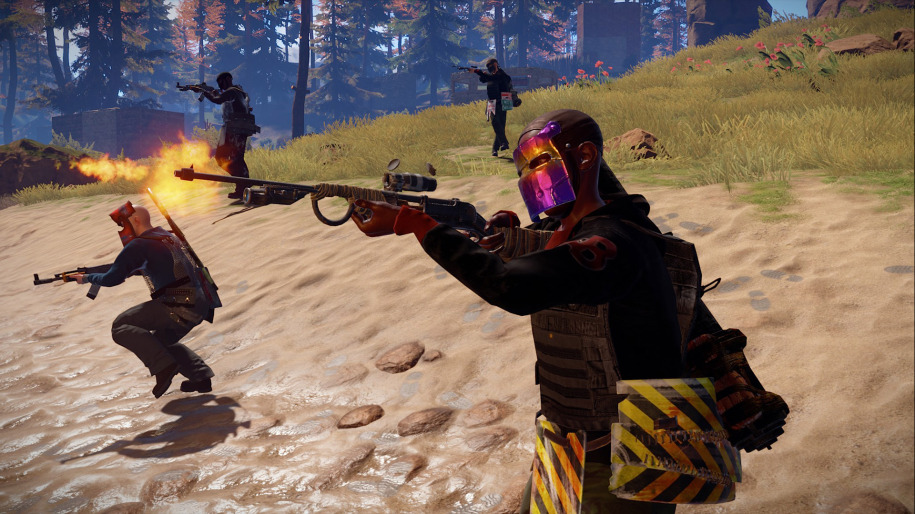 It wasn’t so much that the whole experience of having a group you cultivated turn into greedy, swindling psychopaths, it was more of a conscious decision to spend our limited time elsewhere. You see, unless you have hours upon hours of time to dedicate each week to feed Rust’s thirsty time sink, you won’t get anywhere.

Conversely, the thousands of tweens who seem to have flocked to Rust over the years have plenty of time to sit up on their (or their parents’) computers and grind away for resources. In other words, when you’re a laser-focused and diligent 12-year old with oodles of time on your hands, and want to show off to your little buddies that you’re so cool by killing other players, it kind of creates a nasty place for adults. By adults I mean mentally mature, as there are plenty of full-grown people walking around physical grown but mentally stunted.

And this is the problem that Rust faces. Casual players who want to dip in for a couple of hours each week, can’t stand up to mechanistic (and militaristic) killer-12 year olds who are grindy, grindy, grindy, and on the servers (at least it seems) 24/7. 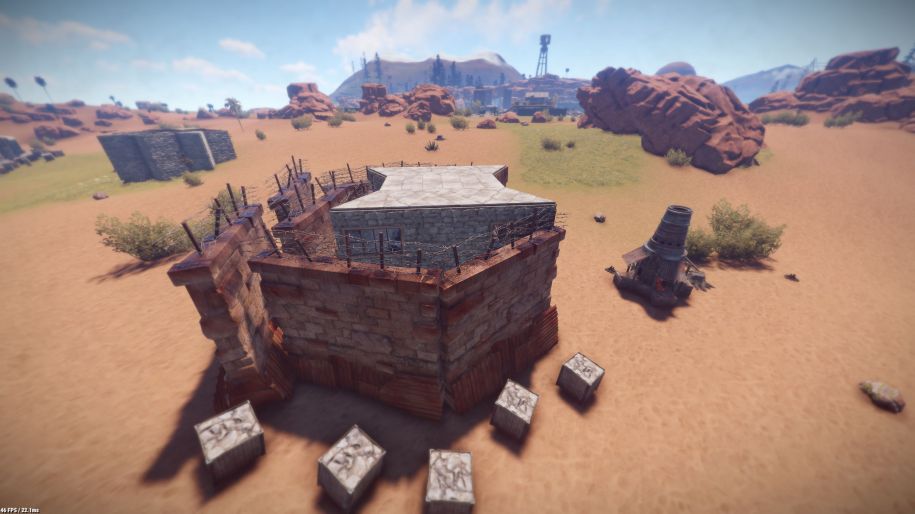 As a game, Rust is great. It has a fun crafting system, and its base-building system could teach a thing or two to other survival game developers. But add in the risky time sink commitment and you’ve got quite a dilemma. You can literally spend a solid couple of weeks building up a fortress of a base, log off, and return to find that you were raided by the Little Rascals while you were offline. We’ve been there. We’ve literally spent hours and hours toiling away, log off, and return to find a few cracked walls where our fortress used to be along with some empty chests.

I recently jumped back into Rust, post-full version release, to see what had changed. The toxicity was still there, as was the time sink, but for some reason the devs decided to add in a building decay system, making it worse.

Basically what this means is that for every hour that passes, the walls of your base become weaker and weaker. This, of course, feeds right into the time commitment thing. It encourages, now more than ever, having someone online at all times to feed resources to your base in order to keep it sturdy and strong. To us, it just wasn’t worth it. 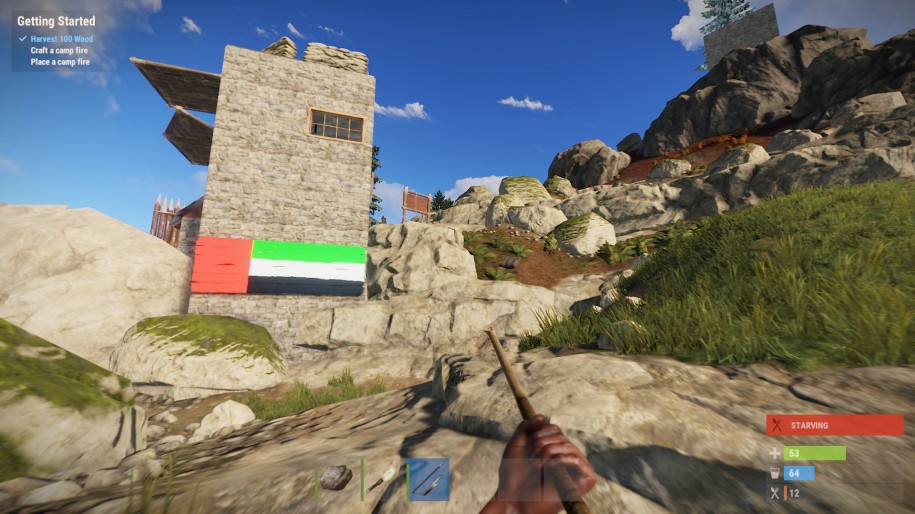 This isn’t to discourage anyone from playing Rust. Some people out there have a lot more time on their hands than us. If they do, Rust can be loads of fun, and I still remember many exhilarating moments from the past. But be prepared to sink a lot…and I mean A LOT, of time into grinding, building, and hopefully not getting everything taken away when you least expect it.

Rust features outstanding graphics that make its survival gameplay truly shine. However, you want to have a pretty beefy gaming PC or gaming laptop in order to play it at a decent framerate. So, you may just want to invest in a decent gaming rig: