I was chatting with a gaming friend last week and he surprised me by purchasing a little game called SCUM for me. That was on August 29th, literally the day that the game debuted on Early Access. Although my buddy was ranting and raving about SCUM I really didn’t know what to expect. After all, being a survival title, there were just so many other games within the oversaturated genre already that I believed I was becoming a little jaded to the overflow.

Similar to one of the original battle royale games, The Culling, SCUM’s set-up is that of a grisly reality TV show where people square off against one another, over contained battlefields in a fight to the death. 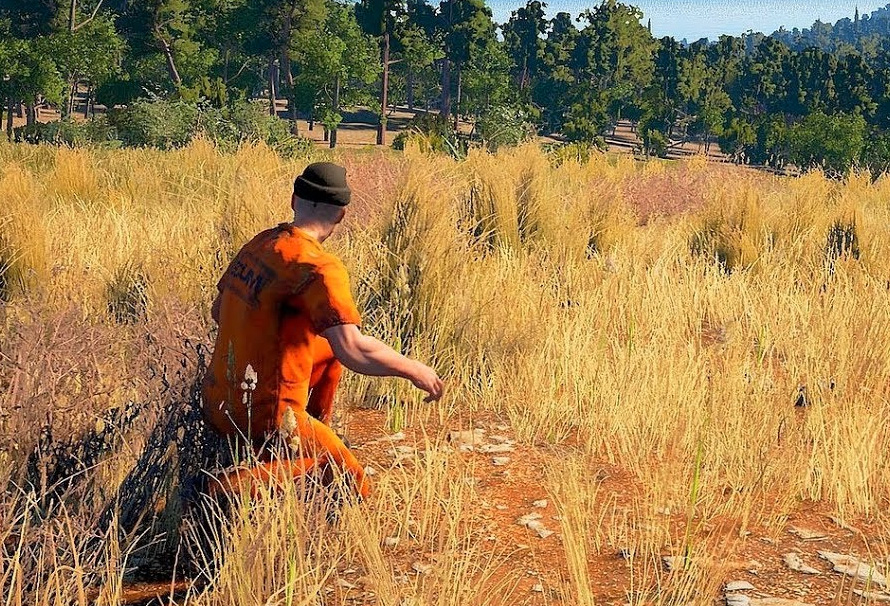 “The world’s unquenchable need for entertainment has turned towards bloodlust as entertainment behemoth TEC1 is set to premiere season two of its television sensation SCUM. This new season moves the contest from the rugged, enclosed indoor arenas to the lush forests, rolling fields, and rugged terrains of TEC1’’s own private SCUM Island. Both fan favorites and new prisoners will clash in a ruthless war of survival while battling for the support of viewers, producers, and corporate sponsors for fame, gifts, and a chance of life after death.”

Although SCUM might sound like a battle royal game, it’s actually a hardcore survival simulator. My first few hours of game play involved my buddy and me I creating characters, and then jumping into the game’s massive map. Right off the bat, I noticed how SCUM’s character creation system was pretty in-depth, although many of the stats that you can manipulate are placeholders for now.

The game is played on a huge map of Croatia. If you’ve played PlayerUnknown’s Battlegrounds you’ll quickly become familiar with the setting—rolling hills, deep forests, and quaint little towns and villages. However, SCUM also features fortified mining camps, military bases, and other dangerous points of interest. We quickly found that out that the hard way.

My buddy and I had just created a temporary set-to (the only base you can construct so far) so that we could spawn there in case we died. We were approaching a large base of some kind when we suddenly heard loud, thunderous footfalls, as well as digital squawks. We soon came across two large mechs that were patrolling the base in order to guard all of the loot there.

Let’s just say that these killer robots are very good at patrolling because we ended up hiding in a hanger building while one of the alerted metal monsters stalked us from just outside. Although we tried to escape the base with the meager loots we’d found, the mechs annihilated us in short order, using their deadly auto-cannons to perforate our hapless bodies.

From there, we wisely decided to respawn and explore less dangerous places—or so we thought. We came across a large coastal town, and since we were low on food and water we decided to slip into it. That’s when we heard some low growling and moaning noises. As we scoured through the town’s police station for anything of value we noticed throngs of puppets (the game’s zombies) surrounding the building. Bad news. 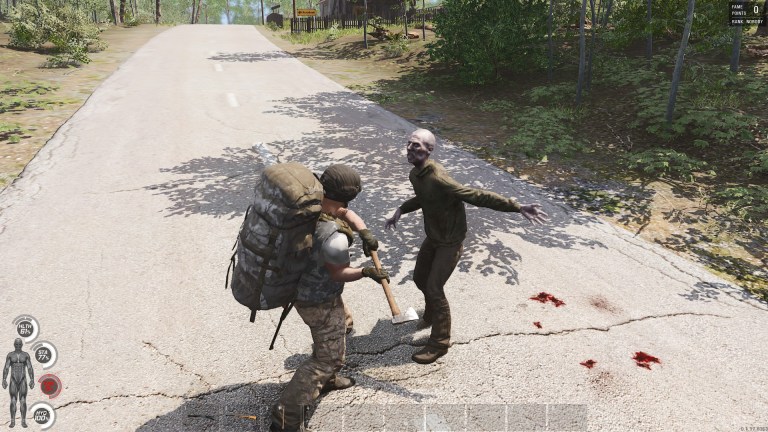 In SCUM, the zombies don’t just shamble after you, they’re more of the 28 Days Later sort. In other words, once they detect you they take off after you like world class sprinters. In a scene that would have put any Hollywood zombie blockbuster to shame, the zombies chased us throughout the building, and we took turns taking them out in isolated batches. Soon, we ran out of ammo, however, and a massive hoard rushed us. From there it was game over.

I’m actually happy that SCUM’s zombies actually present a threat, since not only are they fast movers, but they can also knock your health down considerably even if you’re wearing nominally protective clothes. What’s also interesting about this game is that everything is accounted for, injury-wise. For example, a zombie snuck up on my buddy and clobbered him in the head one time. That single attack resulted in him having a nasty head injury, and he eventually died.

The rest of SCUM is pretty standard survival fare—you gather resources, craft weapons and survival equipment that you need, and scavenge for loot. However, since SCUM is part of the new wave of hardcore survival games, its systems are a little deeper than other, similar titles. While not on the level of another hardcore survival game, Green Hell (which also just debuted), SCUM still has some pretty nifty survival mechanics. These include such things as a full-on metabolism system for your character, an isolated injury system, and even the requirement to poop and pee at regular intervals. 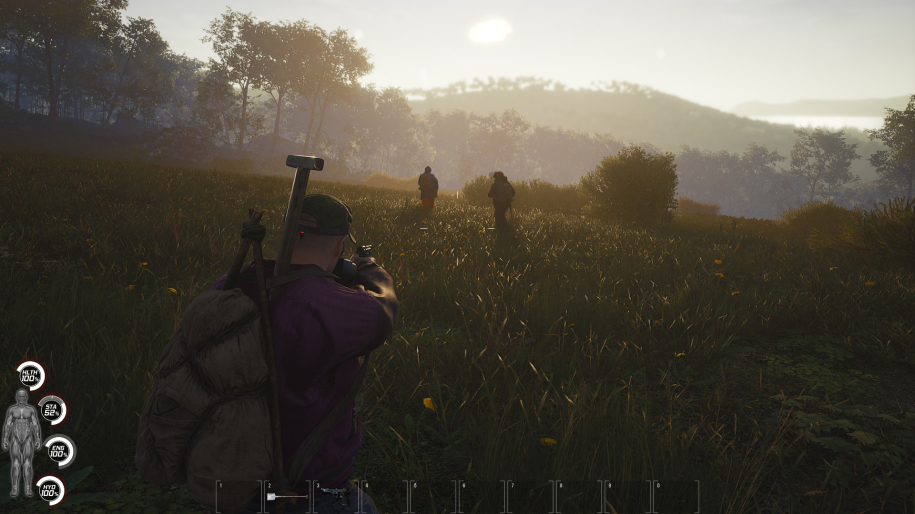 SCUM’s gigantic map is also brimming with life, and I really couldn’t believe that the game just came out. We saw various forms of wildlife, including deer, horses, and donkeys, and even ran into a bear which chased us for a ways (we lost it by running into a building). The other players in the game were surprisingly friendly; a far cry from the incredibly toxic communities which hover around Rust, and now Miscreated.

SCUM is a fantastically detailed and immersive survival experience. Although it has just recently entered into Early Access, it already has more content and polish than ninety-percent of the survival games out there (looking at you, DayZ) that have been out a lot longer. If you’re even remotely a fan of great survival games, give it a try.

SCUM features great graphics that make its hardcore survival gameplay truly shine. However, you want to have a pretty beefy gaming PC or gaming laptop in order to play it at a decent framerate. So, you may just want to invest in a decent gaming rig: