Back in the day, my friends and I would play Project Reality, which we still consider to be the finest military-themed shooter of all times. PR wasn’t actually a standalone game, however. Rather, it was a mod developed by a team of brilliant guys who wanted more out of Electronic Arts’ Battlefield 2 engine. Whereas the vanilla Battlefield 2 experience had all of the assets in place for a great game, many felt that it was just too arcade-y to be taken seriously.

The developers of PR greatly expanded BF 2’s already large maps and made them absolutely gigantic. They also added in a whole new slew of military and insurgent factions—everything from Hamas to the United Nations—and outfitted them with the latest weapons. The results was an almost endless amount of replayability that endured (at least for us) for years and years. 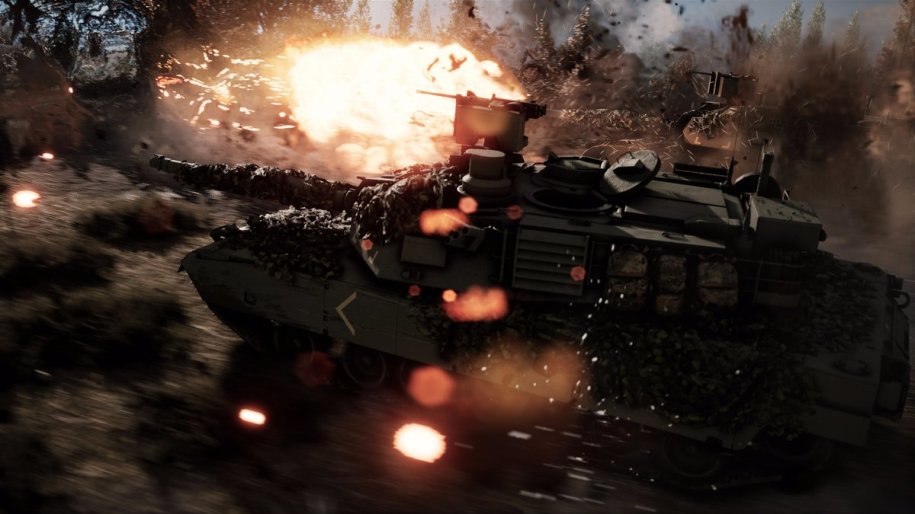 Sadly, PR began to dwindle away a few years ago. Part of this was due to its aging graphics engine and another factor was that many PR players were simply lured away by some of the more contemporary games on today’s gaming market.

Thankfully, a group of like-minded game developers got together and came up with the idea for a spiritual successor to PR. The game that came about as a result of that was called Squad. Squad debuted back in 2015. At that time, all that it featured was basic infantry combat. Since that time its devs have released a steady flow of updates that have basically transformed it into a modern day version of PR.

Squad’s latest update (Update 12) ushers in a new era of armored warfare as Offworld Industries introduces the big, bad boys of the battlefields: Tanks. Not only that, but they’ve also added in a veritable plethora of quality-of-life improvements and other content. 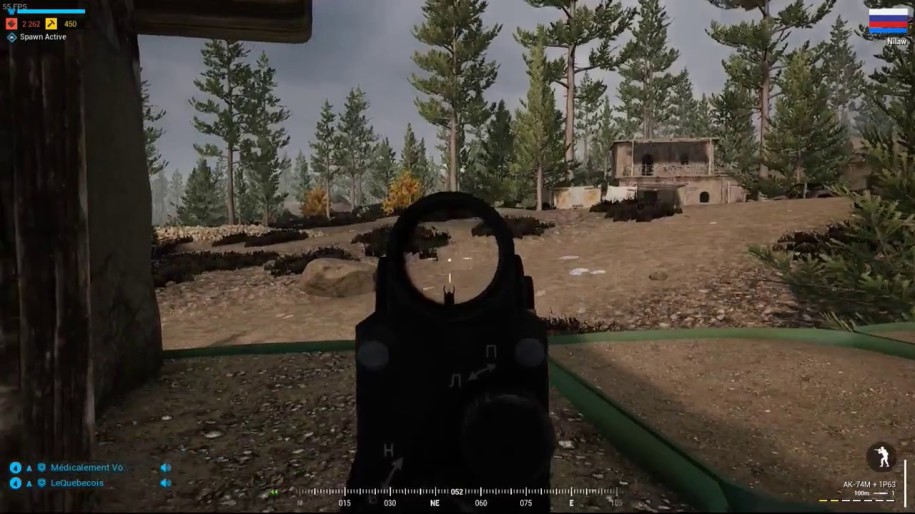 Of course, I must start with the star attractions of Update 12 which of course are the two tanks. On the American side we have the super-modern M1A2 Abrams Main Battle Tank. This baby can really pack a punch and also has modern optics and rangefinders for acquiring and destroying its targets. Its counterpart, the Russian T72B3, is the latest incarnation of the infamously tough Russian Main Battle Tank, and has a much lower profile than the M1A2 but has a vulnerability with its ammo station, which is located directly beneath its main turret section.

The British forces also have a new armored vehicle in the FV432, a very large Armored Personnel Carrier. The FV432 is a heavily armored beast and can carry up to ten passengers, as well as the driver. The vehicle comes with a turret mounted .50cal M2A1 Browning that can be manned by one of its passengers. New crewman roles (for armored vehicles) have been fleshed out more and now have distinctive uniforms that set them apart from each faction’s regular troops.

Another major addition is Update 12’s brand spankin’ new map: Tallil Outskirts. Tallil is a war-torn desert map which features lots of open desert, pockmarked here and there by massive aircraft bunkers. But what I found most exciting about this map is that it comes with a layer that sports a raging sandstorm that takes place while you’re slugging it out in the desert. This map is perfect for armored warfare and features enough cover for some interesting infantry engagements as well. 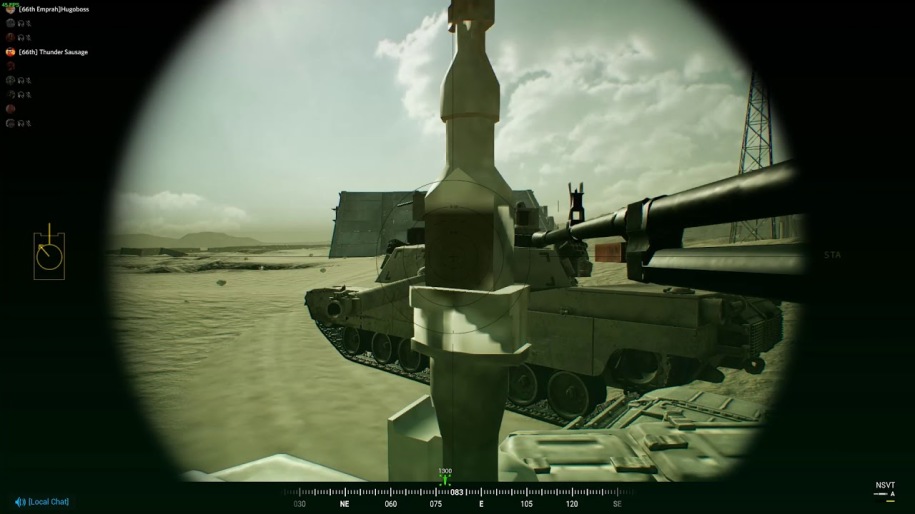 Other new features are new weapons, which range from the fan-favorite FAL, to the RPG-29, as well as a few others. Older weapons have also been tweaked slightly to offer more diversity to the mix. A randomized version of AAS (Advance And Secure) has been added which is called…wait for it…RAAS! Yes, that’s right: Randomized Advanced And Secure. This match option allows for much more replayability across all of Squad’s already diverse collection of maps, since you never know where capture points will be set up.

I’ve been waiting for a randomized version for Squad’s most popular game mode (AAS) for some time, and although I’m loving it so far, it still takes some getting used to. For instance, I was playing on the Fool’s Road map as part of the southern team, and instead of one of the capture points being at the mining area location where it usually is, it was placed somewhere else. Most of my team rushed the mines from the outset, since that’s what they’re normally used to, only to collectively realize that the usual mine capture point wasn’t even there [insert laugh]. 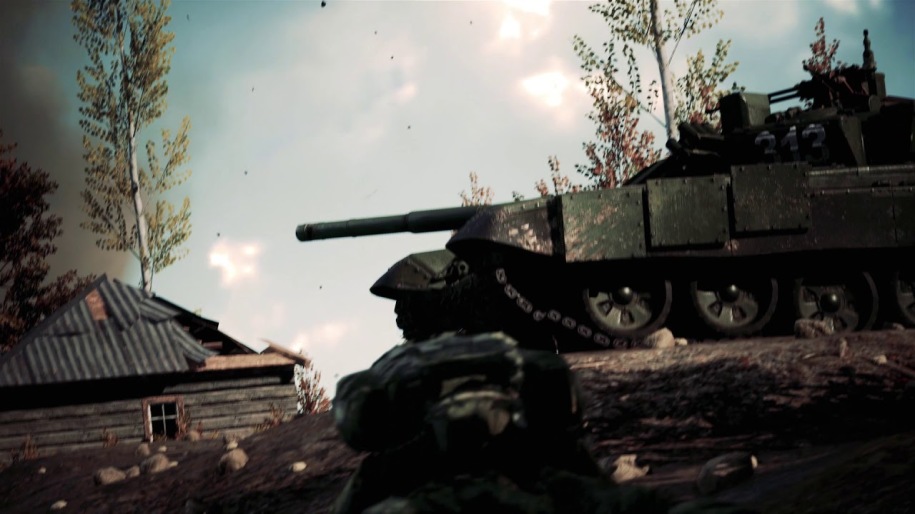 Squad’s Alpha Update 12 add just the right amount of content to sate everyone’s appetite for the time being; that is until Offworld Industries released helicopters (yay!). It is packed to the brim with lots of goodies that are sure to please all of the lovers of tactical, hardcore, military-themed shooters out there.

Squad features pretty great graphics that make its military-themed shooter gameplay truly shine. However, you want to have a pretty beefy gaming PC or gaming laptop in order to play it at a decent framerate. So, you may just want to invest in a decent gaming rig: