As far as grand scale military shooters go, the Battlefield 2 mod known as Project Reality was the best of the best. It offered many different nationalities, tons of disparate maps, and probably its biggest attraction: Teamwork-oriented gameplay with combined arms warfare. And we’re not talking about a couple of vehicles here and there, PR had jeeps, all sorts of armor such as APCs, tanks, and armored cars, transport and attack helicopters, fighter and bomber aircraft—heck, you could even sneak Zodiac rafts up rivers and along coastlines.

I can ask any of my long-time gaming buddies what game they sank the most hours into and they’ll invariably say “PR.” In that regard, it was really sad for us when PR began to die off. Its old BF 2 graphics held up for quite some time, but I suspect that many PR enthusiasts were lured away by more contemporary shooters. I am guilty of that as well. But although I have played many a shooter, and have looked high and low for anything that came close to capturing that same sense of comradery and teamwork that I had experienced with PR, nothing has come close…until now. 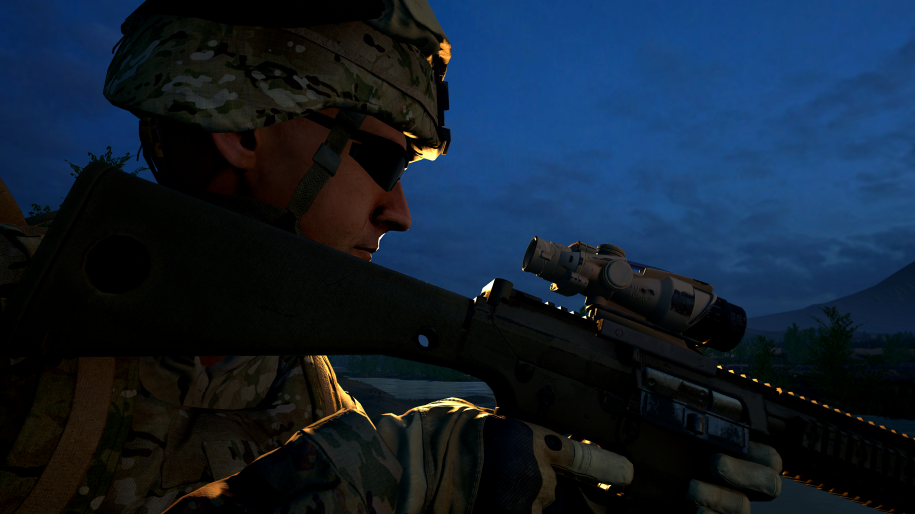 Enter: Squad. Even though Project Reality 2 had been announced some years ago, for whatever reasons, it failed to proceed in its development. So, a couple of the same developers who worked on the original PR mod, teamed up with some other bright programmers and they formed Offworld Industries. In that regard, Squad is really the spiritual successor to PR.

Now admittedly, when Squad first debuted almost two years ago (December of 2015), it was a pretty rough draft of a game. Although it did feature the same large scale, teamwork-oriented gameplay as PR, it was initially an infantry only affair. It also had many of the bugs and glitches that are associated with Early Access titles when they first hit the market. 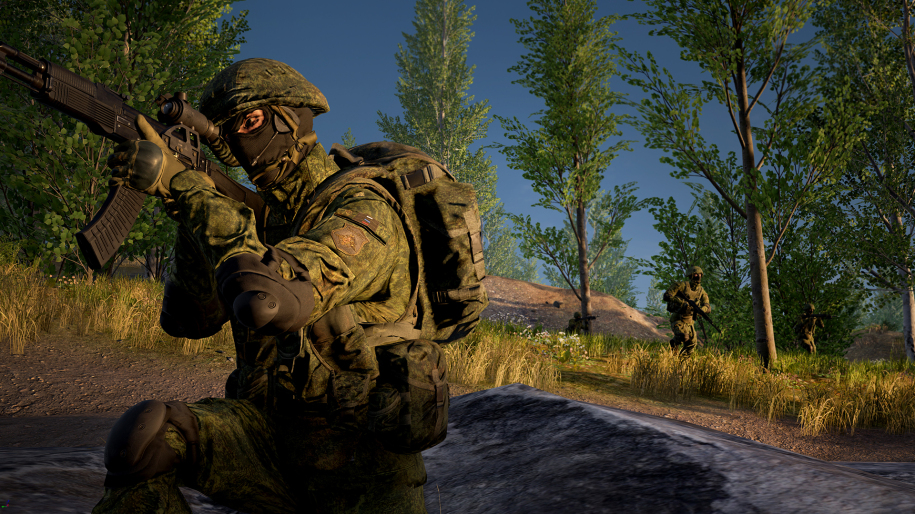 But Offworld has shown a true passion for developing Squad much further over these past couple of years. They’ve released update and patch after update and patch, and we’ve all seen a beautiful evolution of the game. What’s most noticeable (and exciting), at least for me and other PR veterans, is that Squad has gradually transformed from a more straight forward and generic shooter, into a much more PR-type of experience.

I’m not just talking about how Offworld has added many more vehicles, and different types of additional weapons and other assets—I’m talking about how the Squad community as a whole has become must more teamwork-oriented. For instance, the same old banter that I used to share with other gamers in PR, while we rode in the back of transport trucks—is back. The same heightened emotions expressed through raised voices and curses is also back. And the fact that everybody plays with mics and is strongly encouraged to use them, is just the icing on the cake that makes Squad a much more PR-like experience.

What separates Squad from all of the other military-themed shooters on the market right now, is that it’s not only played on truly gigantic maps, but it also has that “no man is an island” appeal. In other words, the COD and Battlefield types of players quickly realize that the whole “running off my own” strategy doesn’t work at all in Squad. All it takes is one or two well placed shots from an enemy rifle to put you down for the count. And if there aren’t any medics around, you’ll be relegated to a spectator role as you hover above your own downed combat avatar. 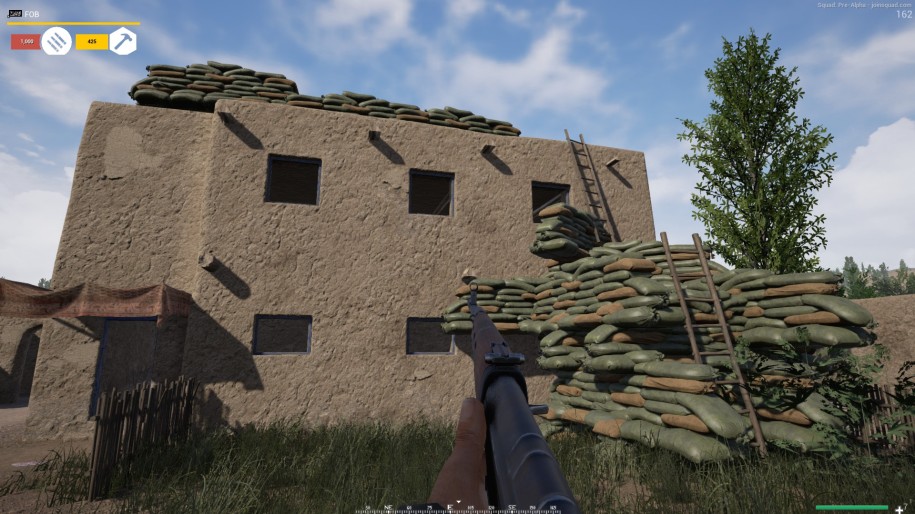 Therefore, when it comes to jumping into Squad such as on the upcoming free weekend, you’ll probably see a big influx of COD and Battlefield types who want to do their one-man-army thing. Yes, it can be highly annoying to put up with these zero-attention-span folks, but if you stick it out for some time after that, you’ll see a noticeable drop-off of the Rambo types, and things will stabilize with much more teamwork-oriented people like myself.

Offworld has recreated several PR maps for Squad so far, and just this week they released another one, Mestia. This new map trades in the dusty Middle Eastern and more urban Eastern European maps that the game sports so far, for a much more wilderness-oriented theme. It features Squad’s new verticality-based combat, because the map itself is played across an expanse of mountains. It’s really an infantryman’s dream come true, since there are all sorts of cover and concealment opportunities afforded by the map’s dense forests and dizzying mountain cliffs, draws, saddles, and passes. 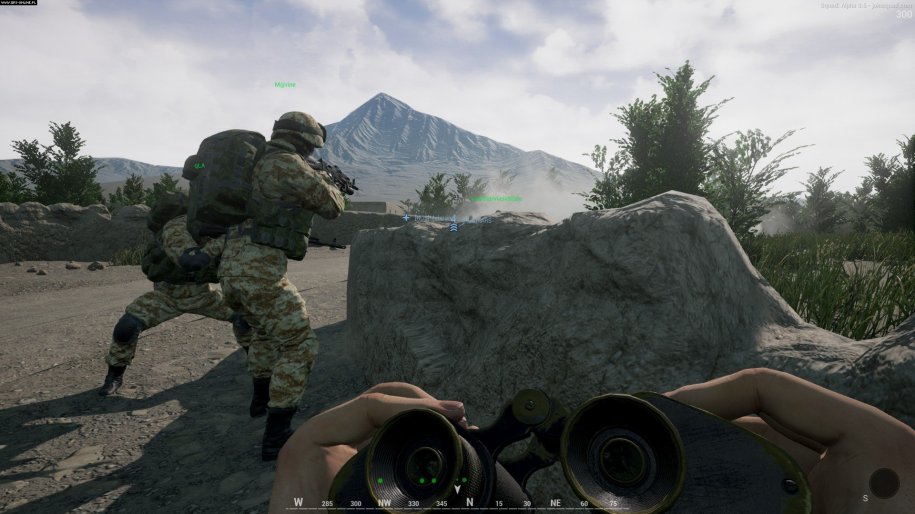 Another unique aspect of Squad’s gameplay in general, is that although it features the typical point-capture mode where each opposing side must cap flags, it also has a forward base system in place. This allows for a very fluid and dynamic aspect to unfold within every game, since squad leaders can plop down bases wherever they see fit (preferably hidden). These forward bases not only allow players to spawn on them, but the bases themselves are highly modular. You can fortify them up as much as you want to, and there are all sorts of assets for your team to utilize.

For instance, if you simply need a quick temporary spawn point you can build a few sandbags around your FOB and then just move out. But there may be some times when you want a fully-fortified hard point in order to defend a flag against attackers. In that case, you can build it up with heavy machineguns, razor wire, and the like. You can even build mortar bases, and rain metal death down on your enemies from all the way across the map. 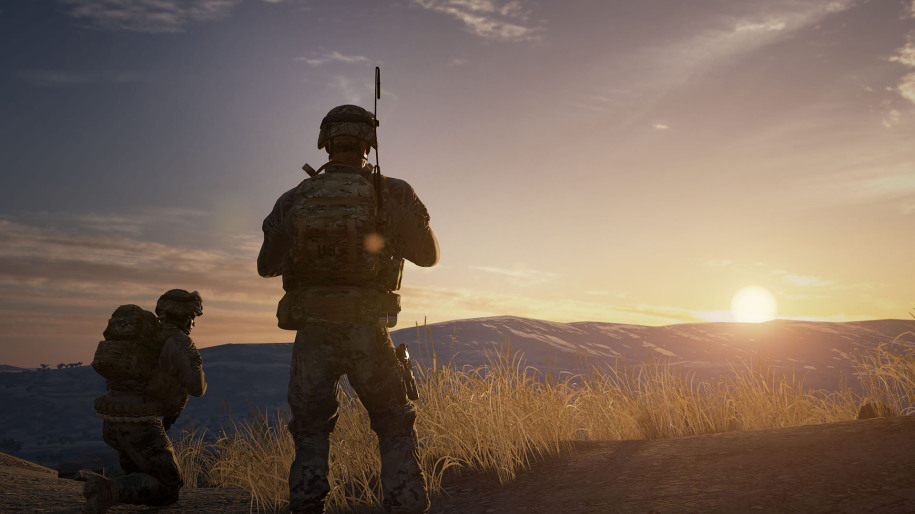 I’d say that in its current state, Squad is shaping up very nicely. It even has vaulting and free-look gameplay mechanics on the way, and helicopters are also on the horizon (yay!). I’d heartily recommend trying it out over this upcoming free weekend. You won’t find a more strategic, teamwork-based shooter anywhere—after all of the run-and-gun types have left the battlefield in the following days and weeks.

Squad features great graphics that make its military shooter gameplay truly shine. However, you want to have a pretty beefy gaming PC or gaming laptop in order to play it at a decent framerate. So, you may just want to invest in a decent gaming rig: