I’ve been looking for a space strategy 4X game that rivals Master of Orion 2 for a long time now. MOO 2 is considered by most geeks of the genre (including myself) to be the greatest science fiction 4X game in existence. But that was back in 1996—that’s a long wait for anything.

Fast forward twenty years to 2016. Paradox Interactive, known for their deep and complex strategy games (Europa Universalis, Crusader Kings, etc.), decides to apply their brand of “grand strategy” game design to the space 4X genre. The result? Stellaris, which debuted back in May of 2016. 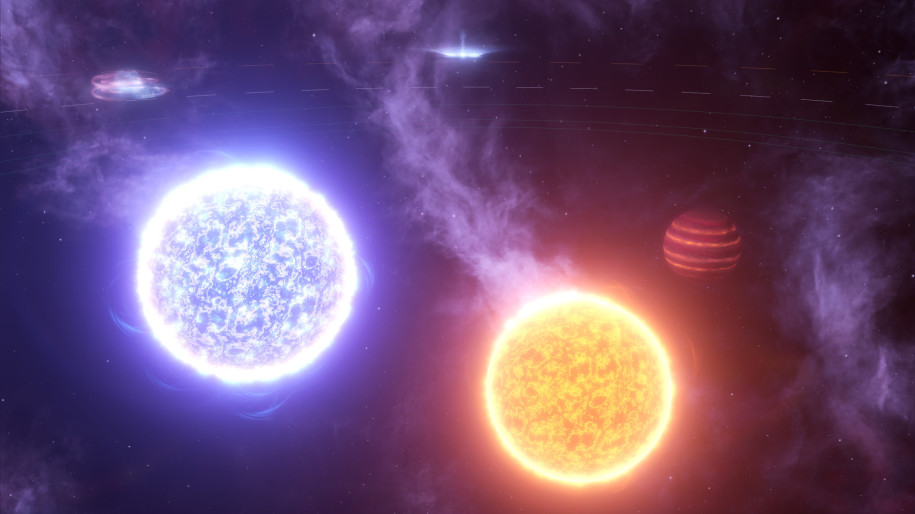 To be quite honest, Stellaris had a pretty rough launch. It had all of the ingredients necessary for a masterwork, but all of the pieces just seemed a little janky and out of place. Personally, even though I dumped quite a few hours into Stellaris after launch, it soon became rather boring because by the time you reached the mid-point of a game things became bogged down and pretty dull.

Like any master craftsmen, Paradox didn’t sit back and let their little gem wither away. On the contrary—over the past two years they’ve released a veritable plethora of updates and DLC packs that have greatly buttressed and bolstered the game. With all of the addition content (which are all quite reasonably priced by the way), Stellaris has become the grandest space 4X game I’ve ever had the pleasure of playing. It’s literally my favorite strategy game of all time…well, besides the Total War: Warhammer series. 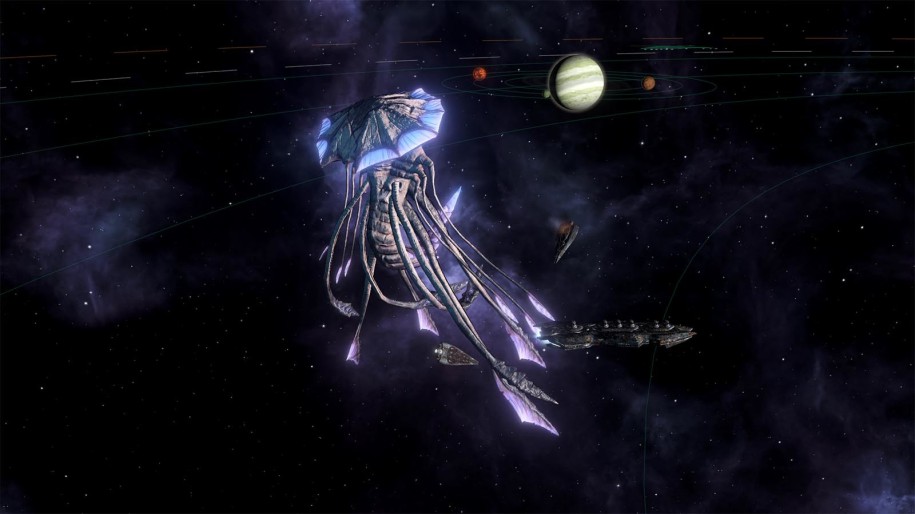 The latest installment of content comes in the form of the Distant Stars Story Pack. In a brilliant move, Paradox went back to the well and brought us thirsty armchair strategists and explorers more of what we craved: Exploration. Distant Stars doesn’t really add a whole lot of new things that are shiny and pretty, such as they did with their last DLC, Apocalypse. Instead, Distant Stars offers much more subtle layers that build upon what sets Stellaris apart from other games within the genre.

Perhaps the most exciting new addition are the new anomalies. Instead of just feeling like randomized scripts, anomalies now open up new narratives and tell the stories of particular star systems or of races that existed eons past. Some of contain multi-step plot elements that must be discovered sequentially. 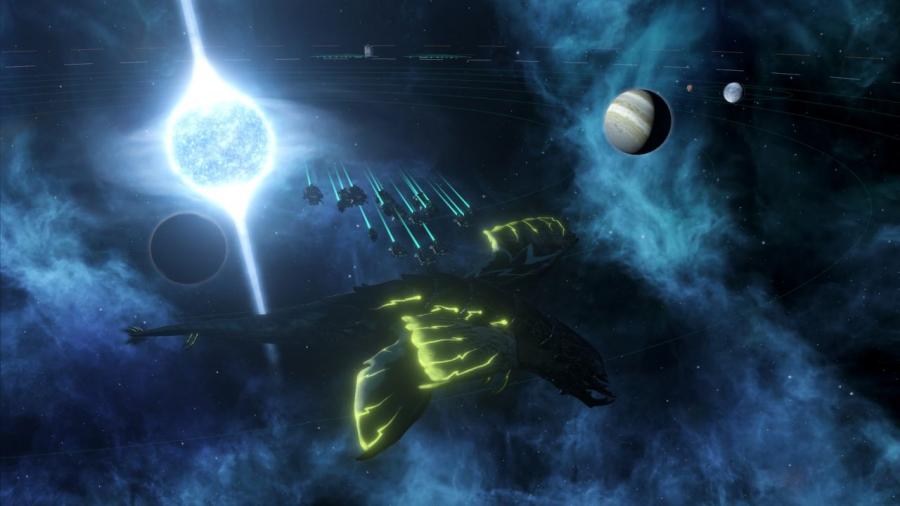 Others are based on sudden decisions that your science officers are forced to make. Instead of being rash, players have to carefully consider what actions they are going to take because once they decide to do things a certain way, they may just get more than what they bargained for…

This sense of exploration is further enhanced by the fact that the developers decided to make space dark. That is to say, instead of having all the various hyperlanes of the universe revealed from the get-go, the only ones you can see now are they few that your sensors can detect, which isn’t that far (at least until later in a game).

New precursor L-Gates also make their debut. These gigantic structures were left behind by who-knows-what, but what they represent absolutely fits in with the whole discovery-theme that Distant Stars brims with. Later in a game, if you research the right technologies you can repair these galactic-sized structures. What they lead to is a hidden constellation that isn’t on any known maps. The question is, (no spoiler) do you really want to travel through an L-Gate and find out what’s on the other side? 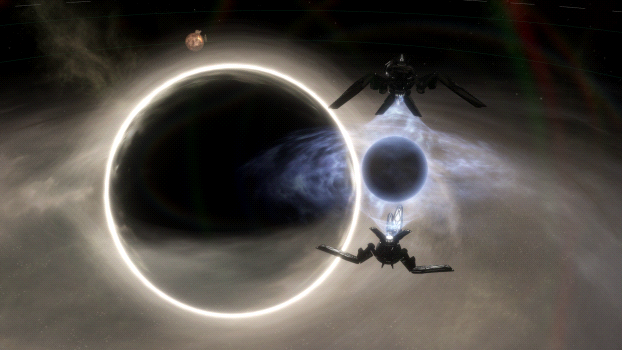 Let’s just say that all of these new exploration and discovery elements are randomized each time you play a game of Stellaris. So, for instance, during one game I came across one of the three new, ship-eating Leviathans which was lurking in a certain sector but the next game I played, there was something else there. Distant Stars lends itself well to enhancing the emergent storytelling that is already part and parcel of Stellaris.

The Stellaris: Distant Stars Story Pack is a phenomenal content pack that offers loads of new elements. Those who enjoy grand strategy, exploration, discovery, and role-playing an entire stellar civilization should definitely check it out. 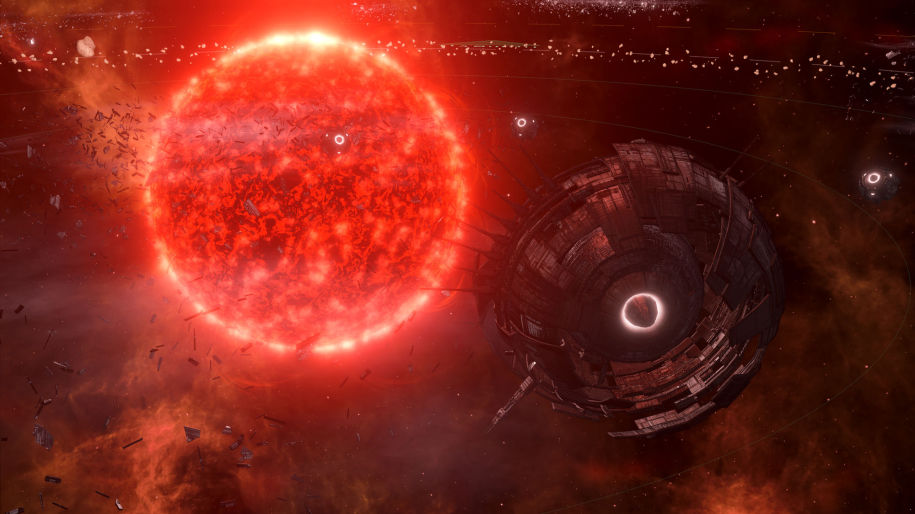 Stellaris: Distant Stars Story Pack features outstanding graphics that make its space strategy gameplay truly shine. However, you want to have a pretty beefy gaming PC or gaming laptop in order to play it at a decent framerate. So, you may just want to invest in a decent gaming rig: