As a kid I used to read a lot of science fiction novels. If they were good, they’d transport me to another world within another solar system, in some far off galaxy. They were probably the sheerest form of escapism while still also being slightly more within the realm of possibility than my other favorite genre—fantasy. I mean come on, you’re much more likely to see an alien ship land and some aliens disembark from it, rather than look up in the sky one day and say: “Hey…that’s a bird right? Wait, it’s too big to be a bird…it’s not a plane…what the—is that a dragon?”

I’d often wonder what it would be like to take control of a space civilization and try to guide them to their destiny as I’d read in so many books. So, I tried some of the old science fiction strategy board games. Even though a few of them were pretty decent, such as Avalanche Press’ Imperium, overall they usually left me with a sort of “meh” feeling in the end. 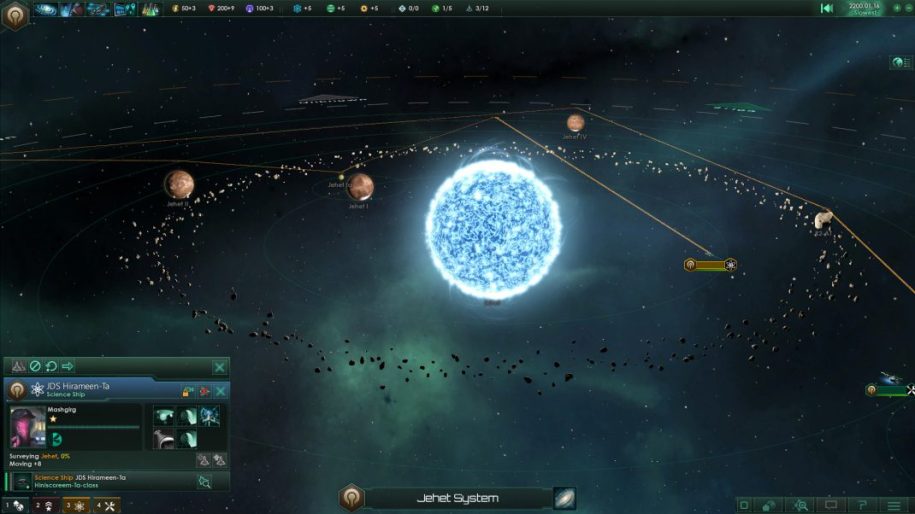 Then I tried my first ever science fiction 4X computer game, Master of Orion 2, and was completely blown away. Being able to select from a multitude of interesting species, explore space, set up colonies, build up large fleets, and then strike out at my enemies, was pure bliss. The game even gave you the ability to build your own customized alien race.

Since that time in the 90s, nothing has really moved my needle when it comes to space-themed 4X games. I did enjoy Stardock’s Sins of a Solar Empire immensely, and even though I dumped an embarrassingly large amount of hours into it, even that game eventually grew stale.

Then Paradox interactive, known for their deep strategy games such as the Europa Universalis and Crusader Kings series, released their version of a galactic 4X game, titled Stellaris. I’d only found out about it a couple of weeks before its release, but after seeing gameplay videos of it, the anticipation grew so high for me that I thought I might bust a few veins in my head ala the movie Scanners. 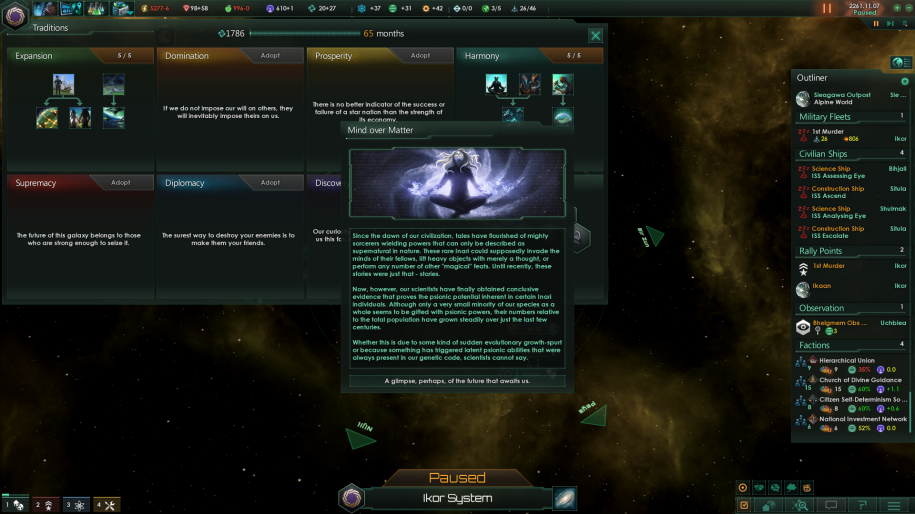 And Stellaris didn’t disappoint. There were a few niggling issues here and there, such as a rather lackluster diplomatic system as well as a mid-to-late game which could grow to feel aimless, but overall it was light years ahead of anything I’d played within the space 4X realm.

When Paradox released their first story pack, titled Leviathans, I thought it was an interesting first step in the right direction. But quite frankly, it just wasn’t enough to draw me back into the fold since I’d read what Paradox’s future plans for the game were. I felt as though I’d rather wait to play a fuller version of the game rather than something that seemed not exactly half-baked, but just not where I thought it could potentially be.

Well, apparently I wasn’t alone. Paradox seemed to listen to their fans’ concerns and for the most part, addressed them, and more. One of the first things that I noticed about their new expansion, titled Utopia, was that right out of the gate you had to choose a couple of new Civics options for your space-faring civ. This makes the early game much more interesting a variable since depending on which Civics you choose will further modify your race depending on what sort of Ethics and Authority types you have. 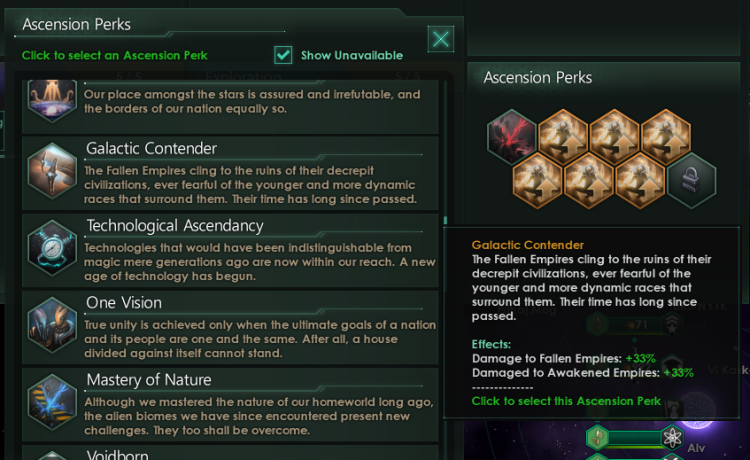 And for those who complained about the mid-game (of which I’m guilty, I’ll admit it), Utopia has a new Traditions system. Traditions more or less form what sort of governing philosophy your race embraces, such as believing in Harmony, which gives them bonuses to building a more efficient civilization, or say Expansion, where your civ concentrates more on your colonial efforts.

What’s interesting here is that as you delve deeper into your race’s Traditions, you can eventually access the lofty Ascension Perks. Although expensive, Ascension Perks can deliver some civ-wide bonuses that are so powerful, that they can even alter your victory conditions (in a favorable way of course). What’s also so cool about these is that you can eventually do things such as transforming your race into cyborgs (and even full-on robots), transcend them into a higher form through Psionic development, or become a super-race of genetically enhanced uber-beings. The choice is yours.

There are also some other nice new features, such as all of your ships and structures automatically modifying themselves based on your chosen flag design and colors. You can also determine what your refugee policies will be. Want to be a carefree xenophile and just let everyone (and everything) feel free to just roll into any of your planets? Go for it. Or, if you’re more guarded you can shun them completely and turn them away.

Factions also get a makeover. Now, instead of just faceless blobs that revolt from time to time, factions are full-fledged organizations that you must deal with wisely. They even take their leaders from your pool of scientists, admirals, etc. 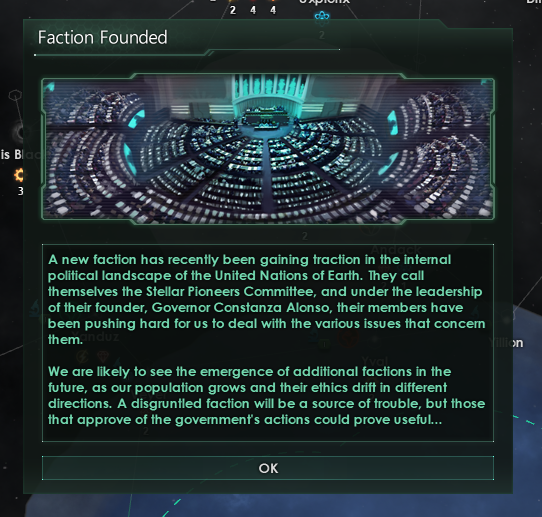 But the show-stoppers have to be the Megastructures. These gigantic, late-game engineering initiatives can take decades to complete, and eat up exorbitant amounts of your resources. In that light, choosing when to start building one can be the key to either your race’s glorious success, or ignoble defeat. For instance, if you choose to begin building one too soon and neglect the arms race you’re having with a cantankerous neighbor, you may get overrun by his forces. Conversely, waiting too long to build one can result in someone else getting theirs constructed first.

Utopia is a fantastic full-fledged expansion that adds so much logical content to the base game that it makes you wonder why it wasn’t there in the first place. But no matter, in my opinion, it makes Stellaris the defining 4x space strategy game I knew it had the potential to be.

Stellaris Utopia Expansion offers some excellent visuals that suit its futuristic theme. However, you have to have a fast gaming PC or gaming laptop in order to play it at a decent framerate. So, you may just want to invest in a decent gaming rig: