Stygian: Reign of the Old Ones
Cultic Games / 1C Entertainment

There have been a few IPs out there in the world that are perfectly tailor made to be adapted to video game format, but for some reason or another, have been squandered. Games Workshop’s Warhammer franchise is one glowing example of this mishandling, however, thanks to Creative Assembly, we now have the superb Total War: Warhammer franchise to relish and enjoy. H.P. Lovecraft’s Cthulhu mythos are another obvious example.

I think I may be a masochist. Every time a new game is announced that is based on the stories of Lovecraft, I get all worked up and hopeful that someone has finally done justice to the man’s work. Even though I’ve been disappointed with each title that comes out, I keep hoping that someone will “get it.” 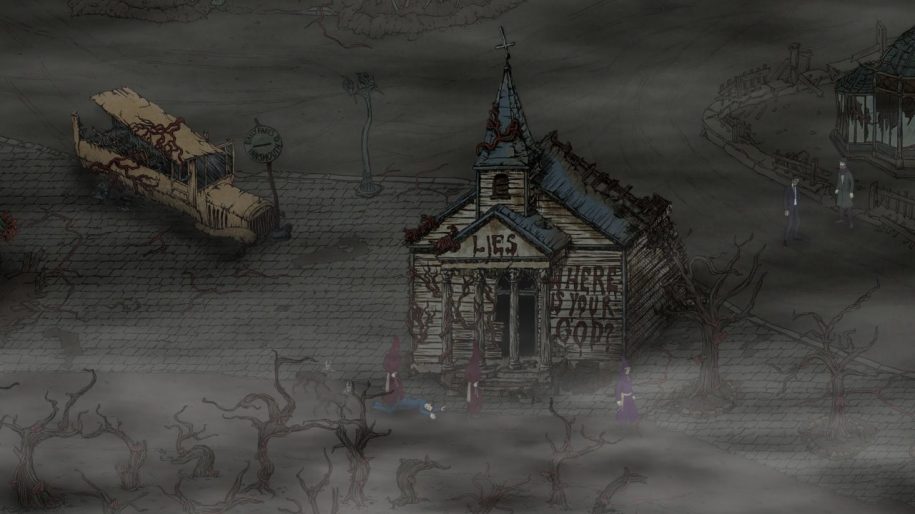 No one ever does, with Cyanide Studio’s Call of Cthulhu and Frogwares’ The Sinking City, being two recent examples of this shortcoming. They’re not bad games; they just don’t capture the essence of the whole Lovecraftian thing.

Well lo and behold, seemingly nowhere of nowhere (well, actually out of a long successful Kickstarter campaign) comes Cultic Games’ Stygian: Reign of the Old Ones. I’ll just say right from the beginning that this is the first video game adaptation that I feel is worthy of the Lovecraft name—and there’s been a lot of attempts.

In Stygian: Reign of the Old Ones, you start off by generating a character in typical RPG style, with different types of professions, stats, etc. From there, you wake up in a nightmarish version of Arkham, Massachusetts, which has been transported to some sort of creepy, bizarro-world plane of existence. The town’s citizenry have become rather warped as a result of this sudden relocation and have either gone mad, or seek to affect some semblance of their former lives. 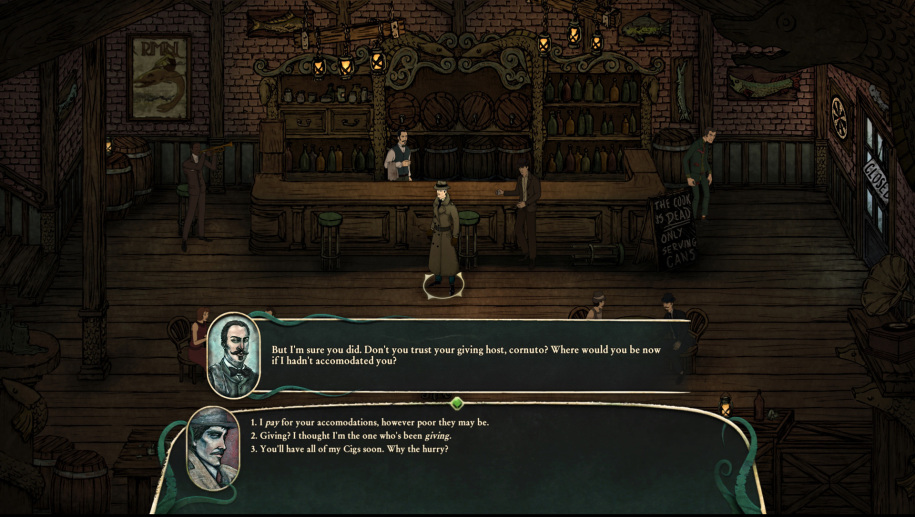 One thing that immediately struck me about Stygian: Reign of the Old Ones, was the artistic style it renders its world in. The entire game has a very Neo-Victorian cross-hatchwork aesthetic that strongly resembles Edward Gorey’s Animated Intro for PBS’s Mystery.

Stygian: Reign of the Old Ones features strategic, turn-based combat which includes both physical attacks and powerful eldritch spells. You have to be very careful and pick your moments for spell-casting thought, because every time you utilize a spell it will cost you some of your Sanity points.

Speaking of sanity, what self-respecting Cthulhu game (video, tabletop, or otherwise) would call itself complete without a sanity system? Not surprisingly, sanity is a fundamental mechanic in this iteration. In addition to a health, every character in Stygian: Reign of the Old Ones has a blue bar called Mental Sanity.

While Sanity is pretty easy to get whittled down (via witnessing horrifying monstrosities, seeing friends bite the dust, etc.), gaining it back is a little more complex. In order to replenish your character’s sanity, you have to complete missions successfully, rest, and be consistent in your beliefs.

The belief system is a very important facet of your character’s outlook. You can be esoteric, faithful, nihilist, etc. But choose wisely because once you have chosen a particular belief structure, there’s no turning back. 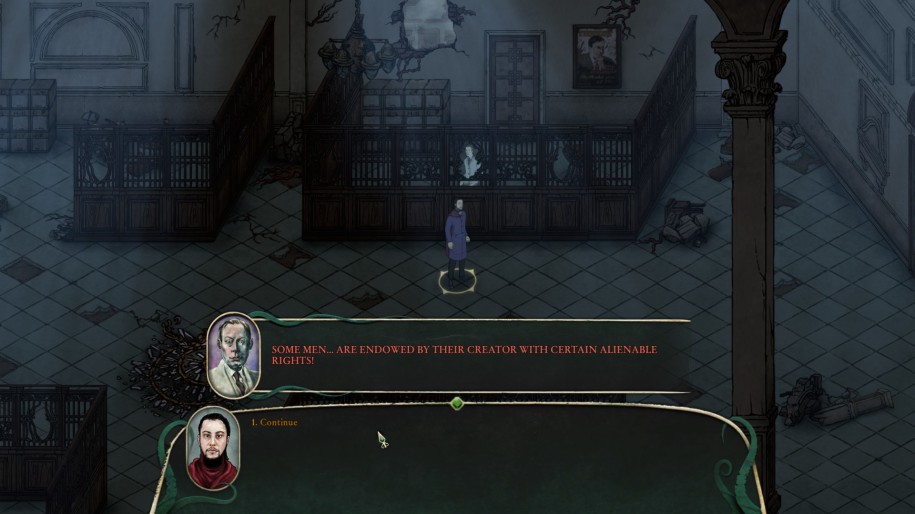 Stygian: Reign of the Old Ones is a fantastically Lovecraftian experience that is probably the closest I’ve seen a game come to emulating the Cthulhu genre. If you’re a Lovecraft fan, or even a horror fan in general, you owe it to yourself to pick this exceptional title up.

Stygian: Reign of the Old Ones has some pretty nice looking graphics that make its horror-based gameplay truly shine. However, you want to have a pretty beefy gaming PC or gaming laptop in order to play it at a decent framerate. So, you may just want to invest in a decent gaming rig: