First off, I’ve never been a huge city-builder/colony management type of gamer. I’ve always been more of a turn-based or real-time strategy guy. I like having control over a kingdom/space empire (fantasy or science fiction genres respectively) and the ability to determine my faction’s destiny against others.

However, when I first saw the new space colony game, Surviving Mars, I noticed that Paradox Interactive was attached to it. Although Paradox stepped into the publishing role here (the developer, Haemimont Games evidently has development experience with the Tropico series), I’ll always assume that any game that they put their name to is going to have a certain level of complexity and uniqueness. 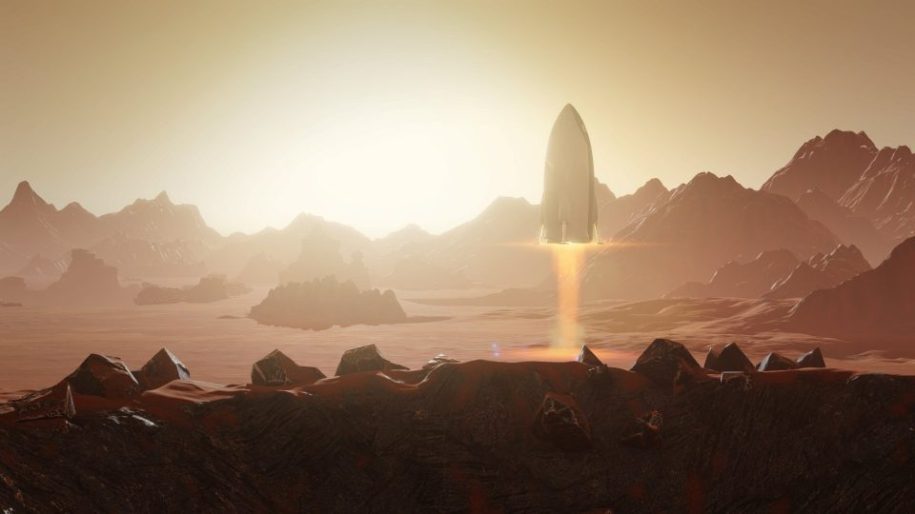 So, I took Surviving Mars for a spin. Right off the bat, I felt that the way in which you go about setting up your colony was pretty interesting. You pick a landing spot on the Red Planet, and then fly a single colony-builder rocket down to its surface. However, instead of landing any humans, this initial touchdown is strictly a robotized one. All that you’ll be controlling at first are un-manned rovers and drones as they attempt to set up the basic infrastructure for your soon-to-arrive colonists.

Granted, you set up your food, oxygen, and water systems properly enough, you’ll want to build some sort of lodgings for your colonists, and maybe some form of basic entertainment facilities. I had to learn this all by myself on my first game, since there is no tutorial and some things aren’t very well explained. 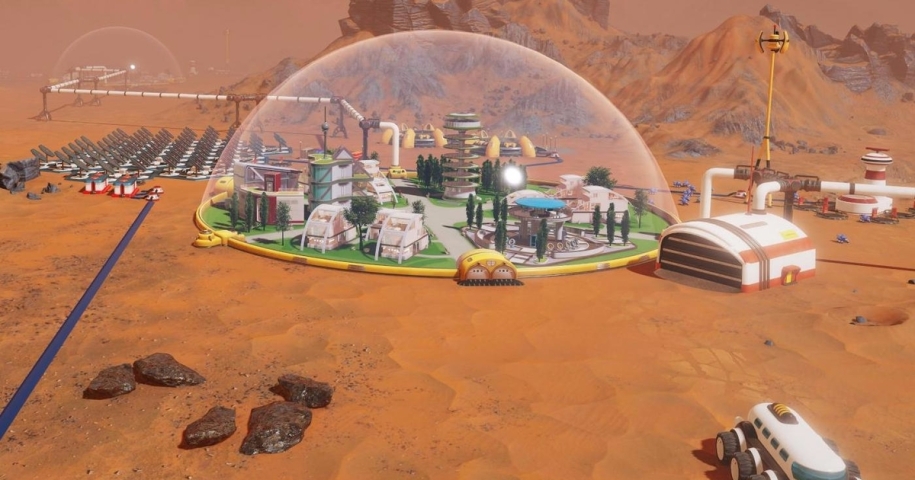 My initial game went okay for a few hours, and then I suddenly began to run out of certain resources that were required to repair vital elements within my fledgling base. My colonists began to starve and suffocate to death so I ended the game on a sour note.

After I believed I’d learned enough from my initial game’s mistakes I began another game. This time around I gleaned enough of Surviving Mars’ gaming mechanics to delve deeper into its gameplay. After you learn the basics, things become a lot more intuitive and you’ll probably have quite a few “doh, that’s what that is for…of course!” moments.

Surviving Mars spares you a lot of the unnecessarily complex, hard science fiction minutia in favor of (mostly) simplified systems. But that doesn’t mean that it’s any less of an interesting game. Quite to the contrary, it strips away what could lead to loads of tedium and it never bogs you down with too many stats or figures. The game already plays at a pretty slow pace, but luckily there is a speed control setting so you can quicken things up when there isn’t much going on. 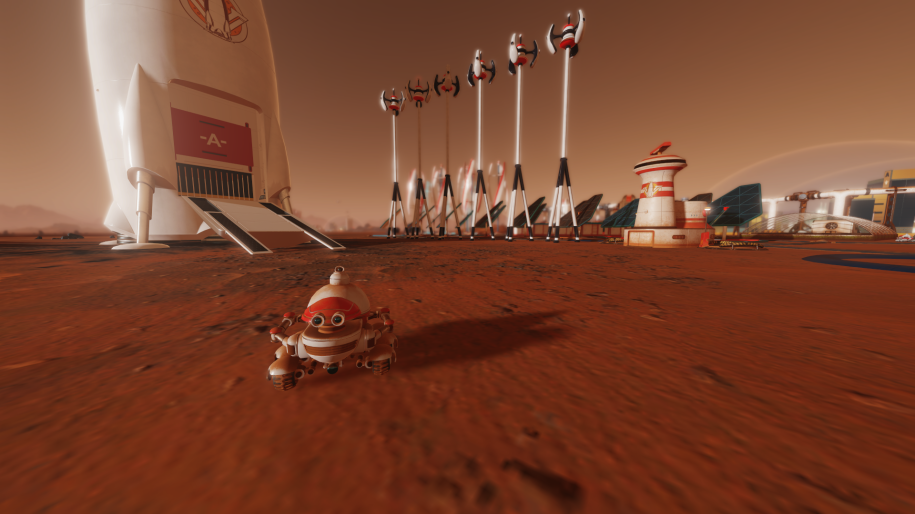 You’ll control an assortment of starter vehicles at first. There are rovers that contain multitudes of useful drones that can both repair and construct all manner of things around your base site. There are also transports that can haul resources to where you need them. Exploration? Your explorer vehicles can go out and examine all sorts of anomalies, some beneficial and some hazardous.

There’s also a technology tree to play with. You’ll see mostly what you’d expect from a science fiction game—the ability to research faster vehicles; more efficient buildings (or upgrades to them); and the like. You’ll also want to keep a careful eye on your fuel reserves.

Having the ability to blast your rocket back off into space and send it back to Earth is crucial in Surviving Mars. Rockets are your fundamental lifeline back to the home planet, where you can board additional colonists and fly them to the freshly colonized world, or pick which resources and prefabricated buildings you can afford to take back with you. 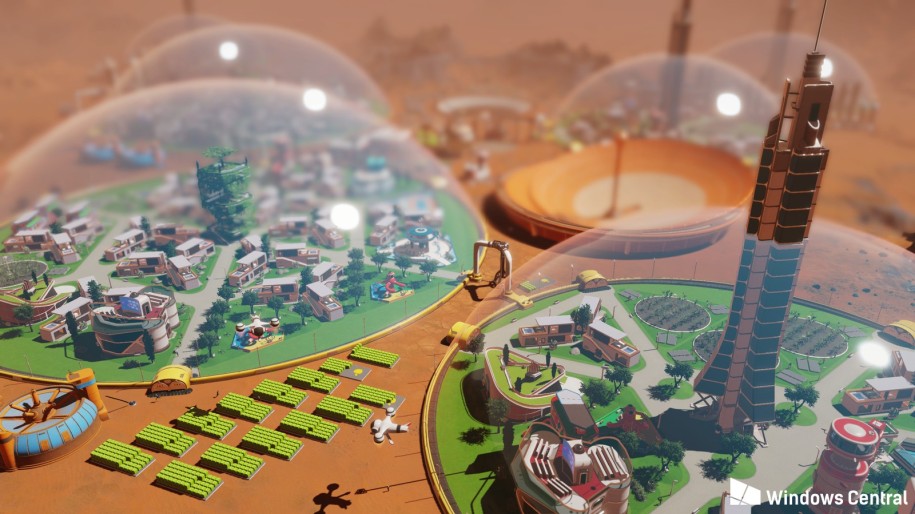 To keep you on your toes, random events can happen which can shake things up. For instance, early during my current game I had two domes up (your main colony structures) which were rather spaced far apart. Suddenly, I was notified that there was a meteor storm approaching my region.

While my domes remained relatively safe, a meteor did strike my main pipeline that carried fresh oxygen into one of my domes. As a result, my colonists began to suffocate. But from the whole ordeal I learned something—always have more than one set of pipes (or wires for electrical needs) leading to your domes.

Surviving Mars’ visuals and addictive gameplay definitely drew me in and I basically binged hard on it during my first play-throughs. Although it is indeed a real-time strategy title, it has that mystical “one-more-turn” quality that any great turn-based strategy game can deliver. The landscapes, buildings, and individual colonists all look really good, and the music is never yawn-inducing or bland. 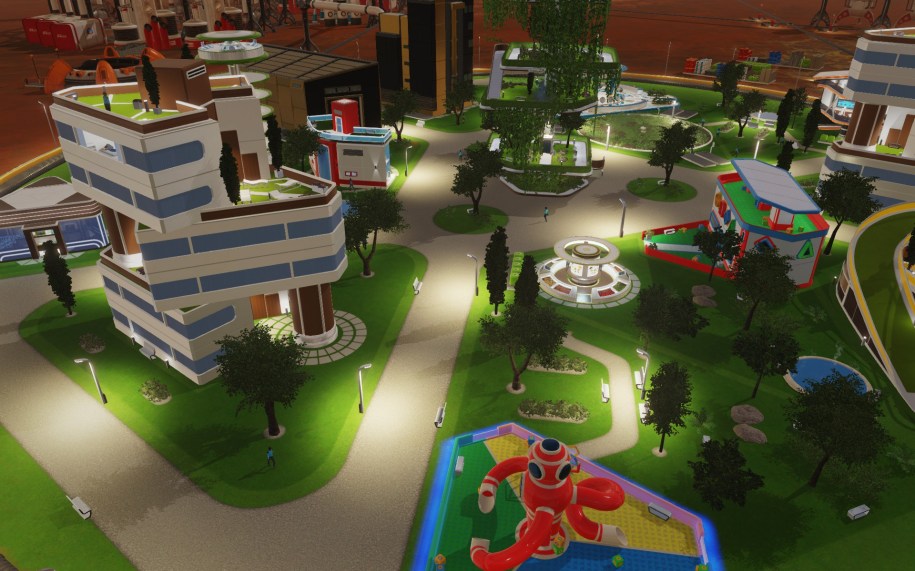 Surviving Mars has just the right amount of micro-management and “big-picture” gameplay present. Each game may also be set up with many randomized factors, which drastically increases its replayability. Although it has a few bugs here and there (none of which are game-breaking), Surviving Mars is one of the more increasingly rare games that feels pretty darn solid at launch. I’m looking forward to future updates and patches because this is a really fun game to play, so far.

Surviving Mars features outstanding graphics that make its strategic gameplay truly shine. However, you want to have a pretty beefy gaming PC or gaming laptop in order to play it at a decent framerate. So, you may just want to invest in a decent gaming rig: