Over recent years, there has been a marked rise in the number of both colony management and city builder simulators, all across the gaming market. Some of them were very well done, such as the colony survival sim, RimWorld (which has garnered a massive underground audience since its full release back in 2018), while others were a crashing bore, like 2017’s Aven Colony. Others have been great games, such as the Anno series, but they’ve also a little too complex for many people’s tastes.

Iceflake Studios has taken influences from both colony management and city builder games alike, and created an amalgam of both with their new title, Surviving the Aftermath. As you’d probably guess from the title, the game’s setting is a dangerous post-apocalyptic world where scattered groups of survivors are locked in a life or death struggle for survival.

You’ll manage a small group of colonists who will have to collect resources and build up their meager starting colony in order to survive. This means you’ll have to do things such as planning where to place structures in order to yield the best results for their efficiency. Food and water are, of course, of paramount importance at the start of the game. From there, you’ll move onto gathering wood and stone and many more resources that the game world provides.

Some of the more advanced resources that your colony will need to obtain are scattered around outside of your colony’s domain. In order to gain access to those, you’ll have to hire Specialists who are adept at acquiring them. This, in turn, opens the game up from your colony map to the more expansive overland map. 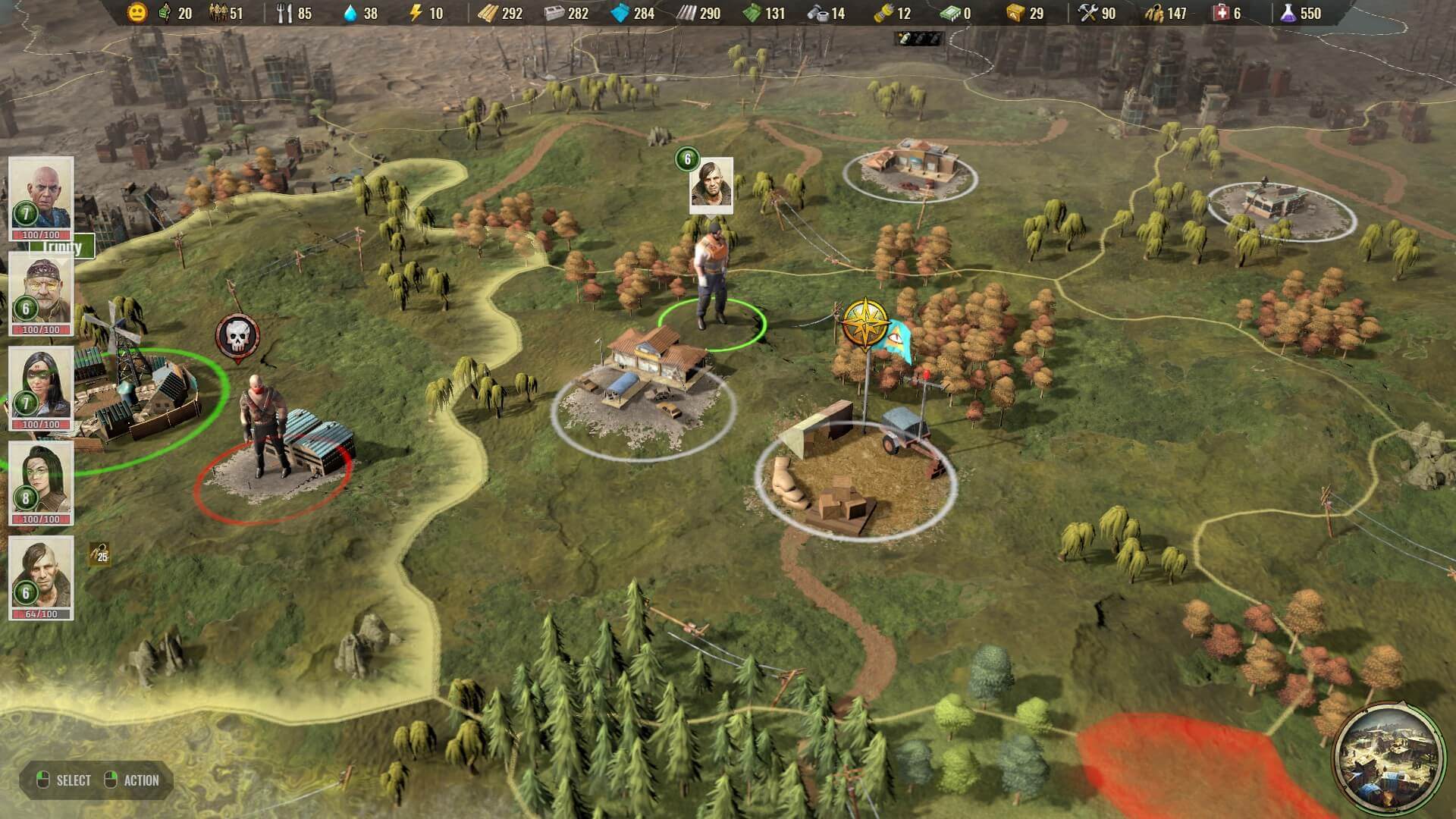 Both maps are well done and very detailed. However, the overland map, in particular, has recently received a new coat of graphical paint and looks absolutely gorgeous; it is now reminiscent of another beautifully-designed game that Paradox Interactive publishes called Age of Wonders: Planetfall. Also, just like Planetfall, each game of Surviving the Aftermath features a procedurally-generated map.

One of the things that I really liked about Surviving the Aftermath is that from the outset, you are presented with a multitude of thematic background choices that dictate how challenging the game’s overall difficulty will be. Through these storyline-like choices, you can determine such things as how many colonists you start a game with, how scarce resources are, the overall frequency of random disasters, and the like. I find this method of narrative-based difficulty customization much more immersive than toggling a few drop-down texts or buttons.

It’s nice that Surviving the Aftermath provides each of your colonists with a bit of personal flair including their own wants and needs. Some of them are also imbued with specific bonuses, such as being able to work faster, etc. The game strikes a good balance between having micro and macro management elements present. 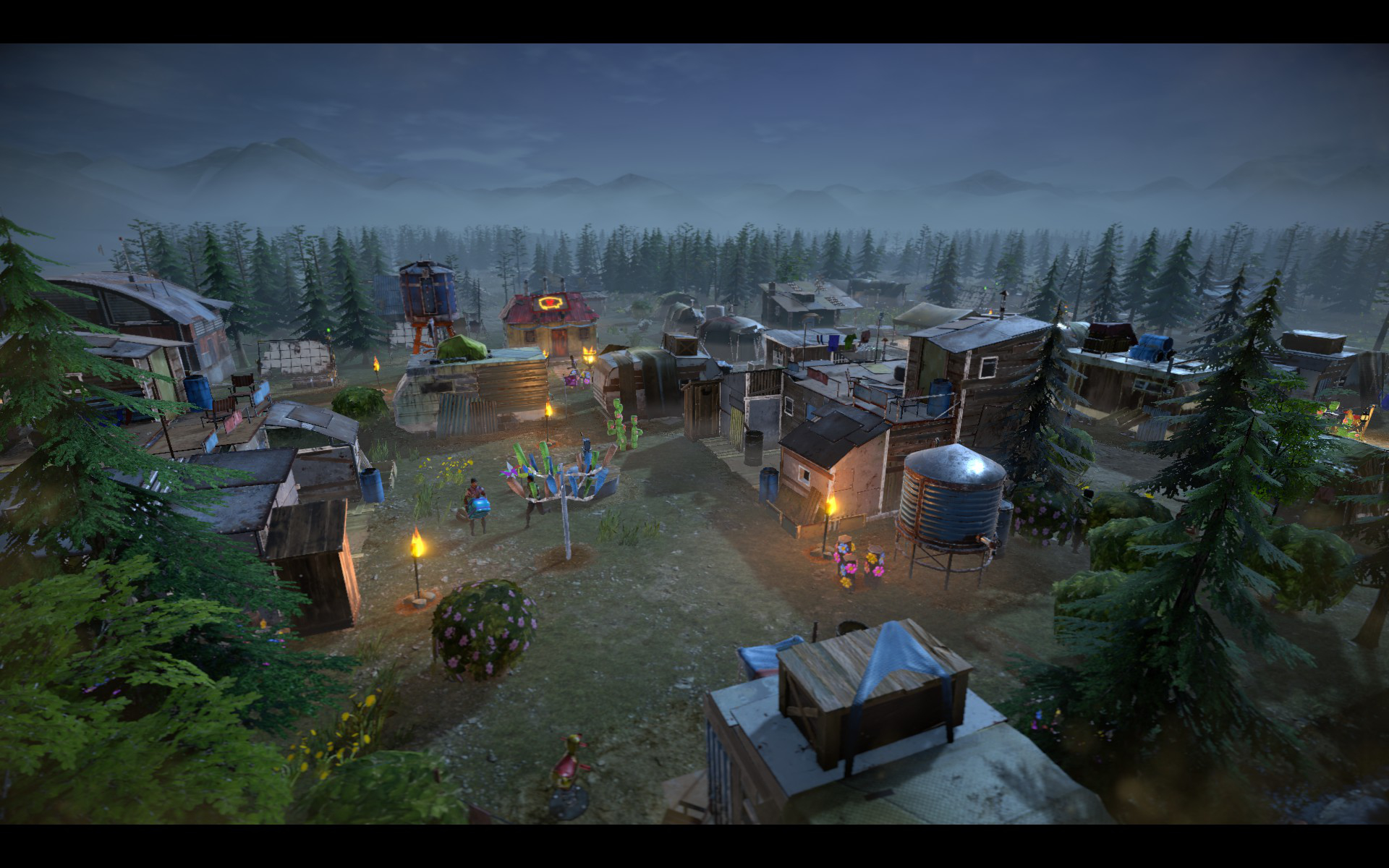 In addition to all of the various production buildings that you can construct, you’ll also need to provide shelter for your colonists. Like many other colony management games, you’ll start off with dilapidated little shelters that a strong wind could probably blow over. Once you get going though, you’ll be able to build full-on apartment complexes for your scrappy little colonists.

In an apparent ode to another post-apocalyptic survival sim, Frostpunk, you’ll occasionally be presented with choices that have ethical dimensions to them. Making the right choices can spare the lives of your colonists, bolster your resources, and the like. On the other hand, making the wrong decisions will usually result in something really bad happening.

Since your Specialists are your colony’s representation on the overland map, you’ll usually have them engaged in such things as exploring new areas that are greyed out and fighting off bandits. No, sadly there are no mutants or zombies in Surviving the Aftermath for all of you horror fanatics out there, but you never know; maybe they’ll introduce them later on in the game’s development cycle. 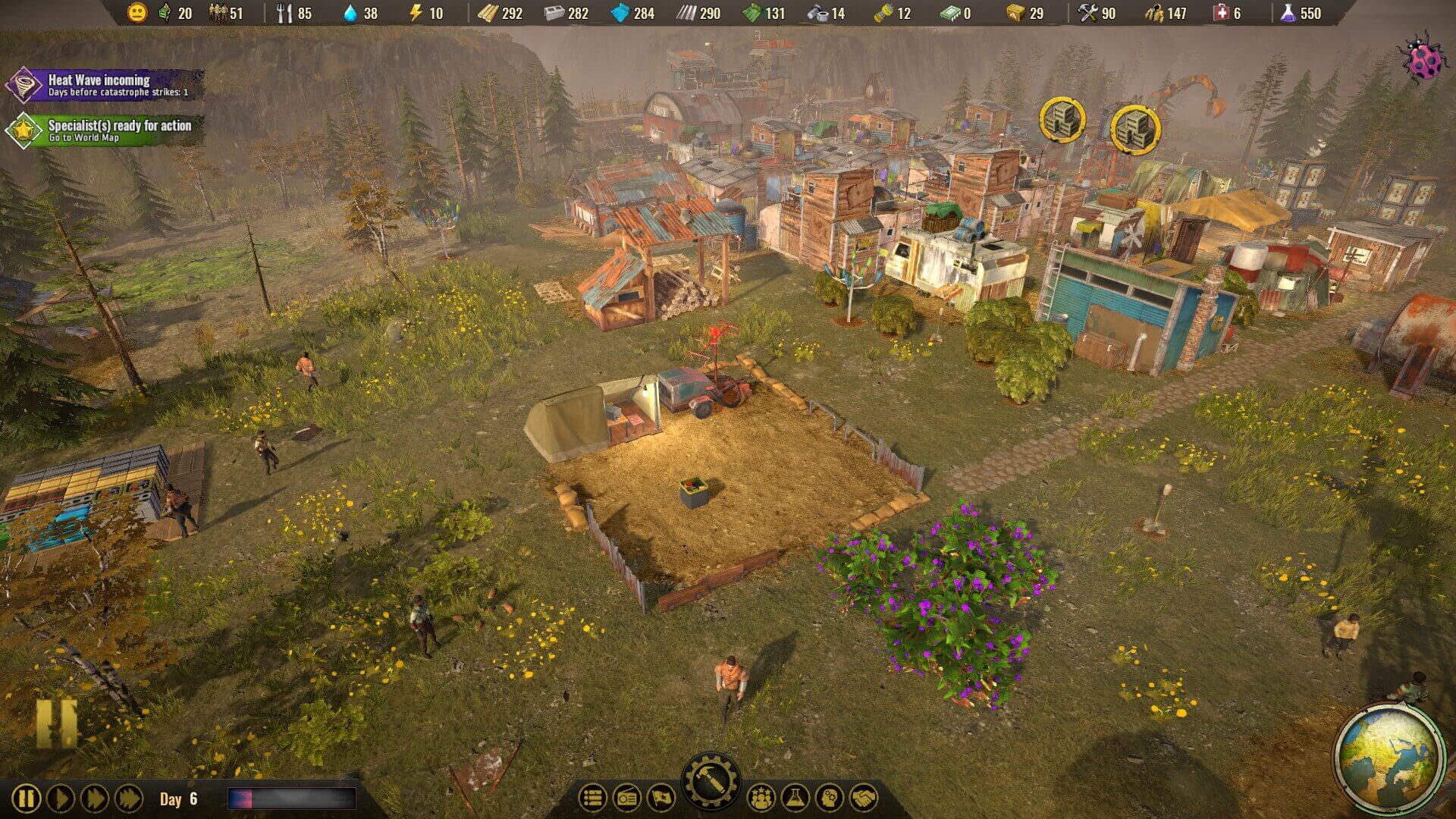 In all, Surviving the Aftermath is a highly engaging game that combines many of the best elements of both city building and colony management sims. Personally, I’m excited to see how this game develops further on down the line.

Surviving the Aftermath. has some pretty good looking graphics that make its survival sim gameplay truly shine. However, you want to have a pretty beefy gaming PC or gaming laptop in order to play it at a decent framerate. So, you may just want to invest in a decent gaming rig: