Fighting games have been in a strange space since their inception and heyday in the late 80s and early 90s. Back then we gamers were treated to all manner of fighting games, including highly creative ones that were pushing the envelope of ingenuity.

On one hand we had more mainstream games such as Street Fighter 2 and it numerous offspring, as well as Mortal Kombat and Killer Instinct (what ever happened to that series?) and on the other, there were developers who were creating games that were much more nuanced and innovative. We’re talking about the Tobal series, which almost perfectly simulated real Mixed Martial Arts fights (although they sported cartoony graphics), as well as the Bushido Blade games, which played out like any good samurai flick. 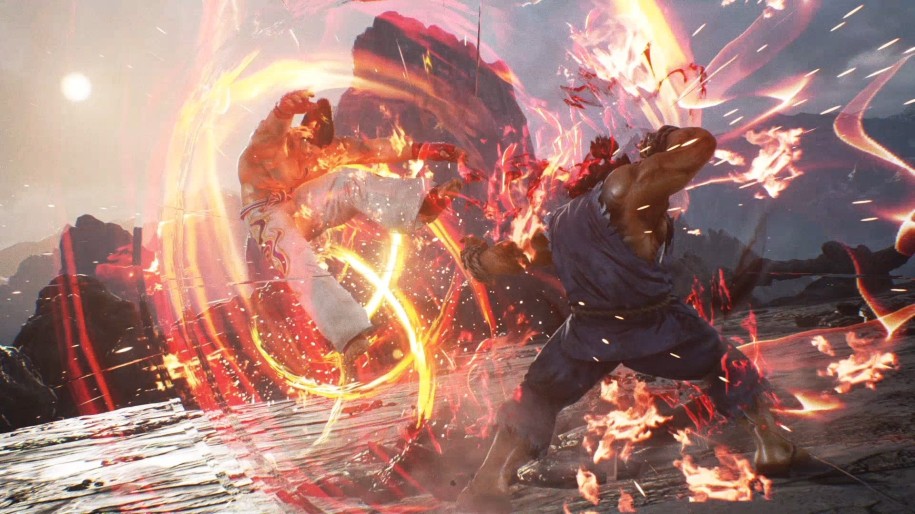 Namco’s 1994 debut of what was to become their flagship fighting franchise, Tekken, somewhat skirted the line between both of these divisions. Although the Tekken series almost instantly garnered a sizable mainstream audience since it was so accessible, it also featured an intricate fighting system that was pretty cutting edge at that time. Since then, the fighting game genre has pretty much been static as far as their standard formulae go, and the more experimental games have disappeared.

Tekken drew a lot of its inspiration from the first Virtua Fighter, a game which not only preceded it, but is considered to be the “grandfather of all 3D fighters.” However, Virtua Fighter had a simpler control scheme which featured a single button for punches, kicks, and blocks. Tekken, on the other hand, mapped a button to each of a fighter’s limbs, opening up a much larger plethora of moves. It also eschewed a block button (thankfully). 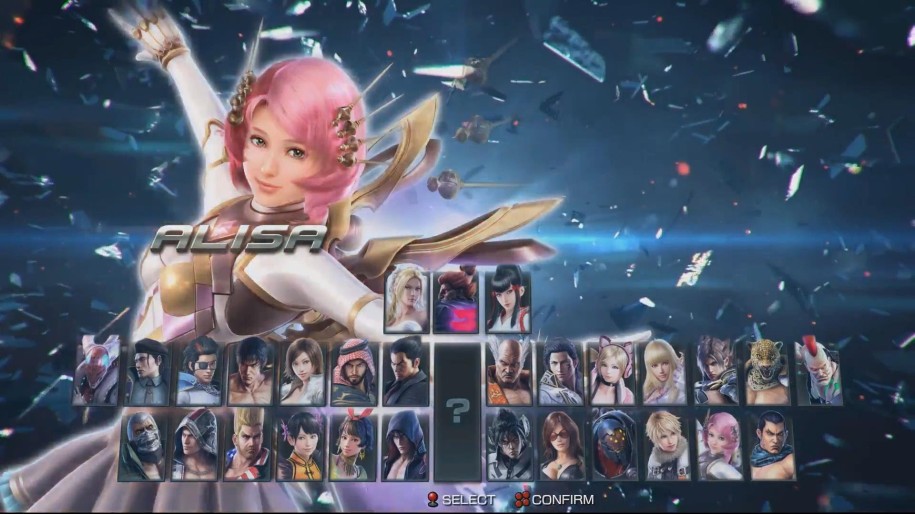 I’d played the heck out of the first few Tekken games, but when I made the switch over to consoles soon after that period, Tekken 3 (considered by many to be the best game of the series – perhaps until now) was the last Tekken title I got the chance to play. And since Namco (later Bandai Namco) never ported any of their Tekken games over to PC, the closest I got to actually playing succeeding games (Tekken’s 4, 5, and 6) was either hitting an arcade or watching video clips of matches.

Needless to say, when Bandai Namco announced that Tekken 7 would be coming over to the PC late last year, I was ecstatic. And the more I learned about what Tekken 7 represented, the more interested I became in it. One of the things that intrigued me the most was that Tekken 7 would finally unveil much of the series’ murky backstory elements. It would also bring to a close the final chapter in the long-running Mishima familial squabble, and why Heihachi threw his son Kazuya off of a cliff as well as the origins of the mysterious Devil Gene. So how does it actually play? Let’s see…

Tekken 7 features a huge roster of fighters, many old and some new. You can still choose from classics such as Kazuya (whom has gone from hero to heel throughout the progression of the series), King, Marshall Law, and Paul Phoenix. However, there are some curious omissions to the main all-star cast, including Marduk, Anna, Raven, Bruce, and one of my personal favorites, Lei Wulong. But perhaps Bandai Namco are planning to release at least a few of these go-to characters down the line as DLC (crossing fingers). 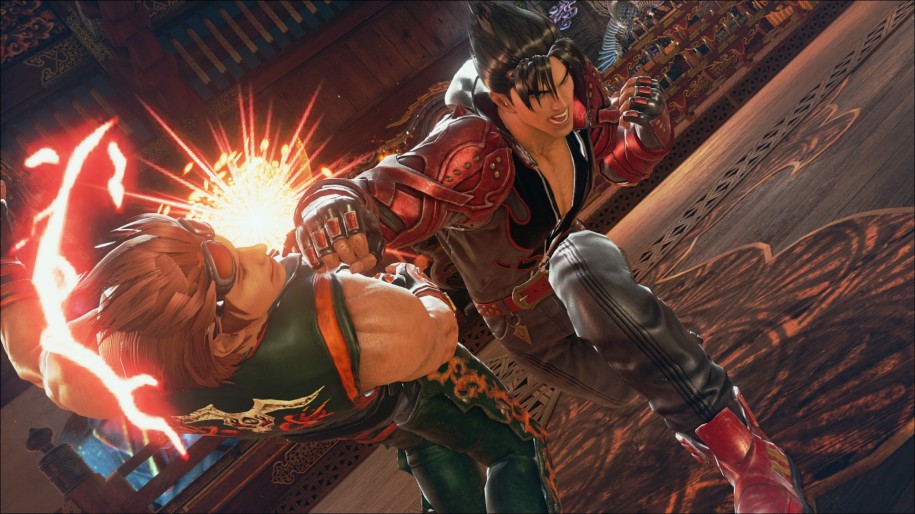 There are several new faces that make an appearance in Tekken 7, such as Master Raven, a ninja type; Italian sorcerer Claudio Sefarino; Filipina fighter Josie Rizal; and easy-for-beginners Savate stylist, Christie Monteiro. However, the main attraction is Street Fighter’s Akuma, which could perhaps signal Bandai Namco’s attempt to test the waters for the forthcoming ultimate fighting game crossover, Tekken X Street Fighter. Gameplay-wise, I was a little worried about how they were going to implement Akuma’s Street Fighter moves such as his fireballs and dragon punches. Fortunately, Akuma blends into Tekken’s 3D fighting environment quite nicely, and he feels like he belongs their naturally, as opposed to feeling forced.

Tekken’s brand of combat never felt as good as it does in this iteration, and you can tell that the developers have really honed their fighting system to a razor’s edge of perfection (they’ve had over two decades to do so). Many battles involve mixing movement with punches, kicks, elbows, knees, and throws, and force you to try to outsmart your opponent and guess his next moves. The controls are liquid smooth, allowing for back and forth fights that can come to resemble any good martial arts flick.

There are also tons of moves for each character, over 100 in fact. Luckily, although there is no tutorial Tekken 7 comes with a Training Mode so that gamers can get better acquainted with both the newer characters, or learn the classic characters’ new moves. There’s nothing like settling in with your chosen character, drilling their moves over and over, and then testing your martial mettle in the online arena of combat. It can be truly exhilarating. 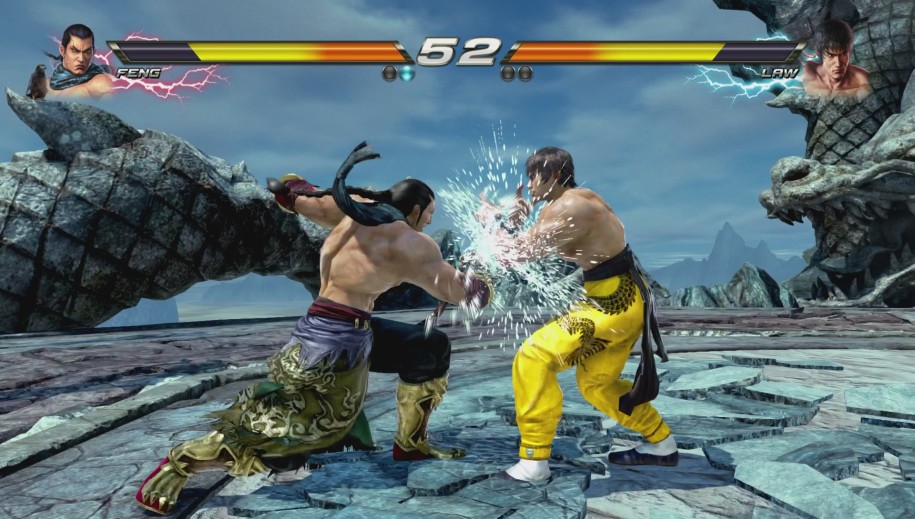 Speaking of new moves, Tekken 7 brings a few new wrinkles to the existing equation—Rage Arts, Rage Drives, and Power Crushes. Rage Arts can only be performed when your character reaches 25% or lower of their total health. When triggered, a character activates a special cinematic attack that does a high amount of damage. Rage Drives are similar in effect, but aren’t accompanied by any cinematics and can be followed up with combos. This makes Rage Drives more functional that Rage Arts, but less spectacular to witness. Power Crushes, on the other hand, are unblockable attacks that will wade right through any oncoming attacks. This makes them perfect for countering button-mashers.

Visually, Tekken 7 boasts graphics that are powered by the Unreal 4 engine, and are quite impressive. All of the characters are highly detailed and really show off the graphical power of the PC. Clothes and hair flow naturally, and erm…certain round areas on the female fighters bounce around very nicely, although not to the ridiculous levels of one of the Dead or Alive titles (darn it!). The environments are likewise extremely well done, and feature some slick animations in their backgrounds. Many stages feature differing conditions such as rain or nightfall that change from round-to-round, and many of their barriers can be broken through to reveal other areas surrounding them. 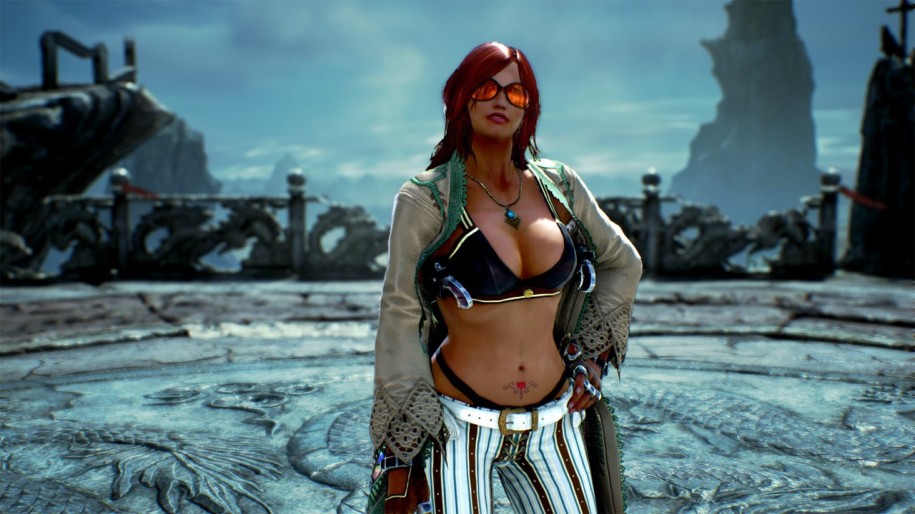 In all, I consider Tekken 7 to be one of the greatest fighting games ever devised. It forgoes the silly, over-the-top shenanigans of a Mortal Kombat or Injustice title, and features intense martial arts combat between a vast array of interesting and highly capable fighters. If you’re even remotely interested in a beautifully crafted fighting game, Tekken 7 is a no-brainer.

Tekken 7 features graphics that are more than good enough to wow your friends with. However, you want to have a pretty beefy gaming PC or gaming laptop in order to play it at a decent framerate. So, you may just want to invest in a decent gaming rig: 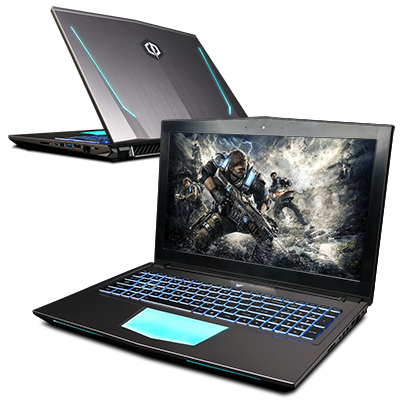