I’m a huge horror genre fan. Unlike mediums such as film, TV, and literature, horror video games are unique in that they put you right into the shoes of the main protagonist, drop you in some creepy, isolated setting, and it’s up to you and you alone to make it out alive (or die trying).

The recent crop of survival horror games are sort of a mixed bag when it comes to how I view them. Since I used to read a lot of weird fiction tales from the late 19th and early 20th centuries, by such luminary authors as Sir Arthur Conan Doyle and M.R. James, I learned to appreciate their expert usage of utilizing a gradual building up of tension instead of throwing “scary” things at you too early. 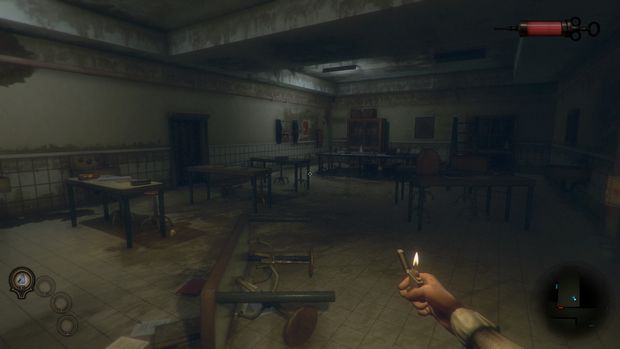 In this regard, most of the horror video game offerings these days rely way too much on cheap jump-scares in order to illicit what is constituted as horror. Don’t get me wrong, the settings of such games as Outlast, and Alien: Isolation were amazingly creepy, but those games tended to lean a little too heavily on jump-scares like well-worn crutches.

Great horror storytelling (as opposed to merely good) draws you into its setting, but when the final conflict of the narrative comes about and then expires, something stays with you long after you’ve read/viewed/played it. In other words, heck yeah I almost peed my pants several times while playing the aforementioned horror games, but nothing about them stayed with me afterwards, other than them mainly being high anxiety-inducing experiences. 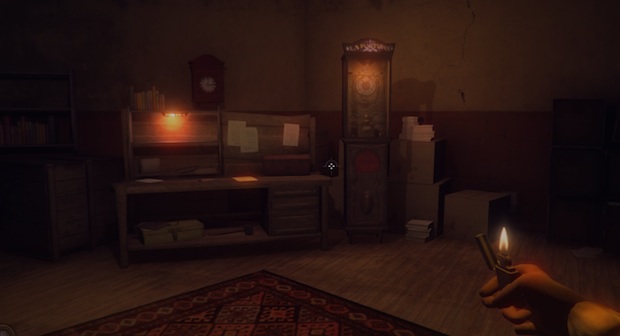 When I first heard about The Crow’s Eye, I purposefully didn’t read anything about it so that I’d get much more of a “pure” experience from playing it. I did, however, accidentally see a random blurb about it while receiving my review copy of the game, which gave me the impression (plus the ominous title) that it was going to more or less follow the same footsteps of other contemporary survival horror offerings. However, what I actually found was quite different altogether.

The Crow’s Eye puts you in the role of an unidentified man who breaks into a mansion-turned-university to find out what happened to his father, whom has been missing for twenty years. Oh yeah, and the entire faculty and student body has mysteriously vanished too. Early on in your initial forays into the massive, abandoned building, you begin to discover that something sinister is afoot, and start to suspect that one of the university’s leading scientists may have had something to do with all of the disappearances. 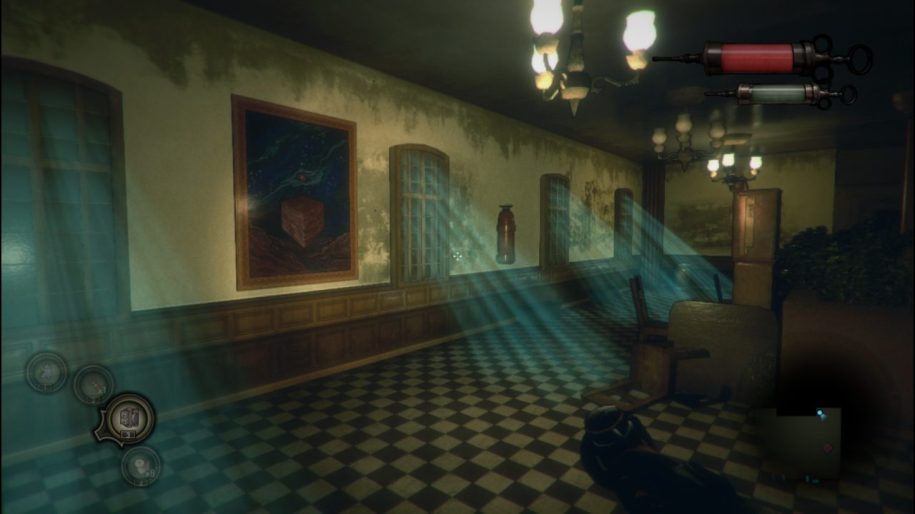 While I assumed I was going to be getting a horror gaming experience similar to Amnesia: The Dark Descent, or Outlast, The Crow’s Eye totally deviated from those well-worn paths early on. In fact, it reminded me more of a sort of combination of Bioshock, and Portal. The meat of the game involves wandering around the dark and decrepit hallways of the university and investigating equally dilapidated and dreary rooms, in order to try and find clues as to your father’s last known whereabouts.

While exploring, you will eventually come across tape recordings of people who used to work at the university, whom will give you some insight into the layout of the place. They’ll also begin to illuminate pieces of a grand scientific conspiracy (which I won’t spoil here). Suffice it to say that I was really drawn into the storyline, and thought it was a unique and interesting divergence from the usual boilerplate horror tropes.

Although similar to most modern horror games in that you don’t have access to any forms of weaponry, The Crow’s Eye actually plays much more like an adventure/puzzle-platformer. The Portal-like platforming sections of the game can be both fun and challenging, but also tedious and frustrating. While many of these areas were engaging and unique the first time I came across them, the developers tended to use many of the platforming design elements over and over again. But perhaps it’s just me, since I’m not a huge fan of platforming games.

I really loved the creepy and forlorn atmosphere presented in The Crow’s Eye. Even though set in 1966, it just as easily could have been set in one of the ultra-scary turn of the century books mentioned earlier. Just approaching darkened corners within the decrepit university gave me the creeps, and I kept feeling as though something was going to come screeching at me at any moment.

While most of the game’s voice acting was pretty good, some of it is downright silly. The majority of the voices that come from the tapes scattered throughout the university were well done, and evoked the lonesome mood of the setting. However, a few of them, including the game’s main antagonist who sounds like he’s doing a bad impression of the Joker from the Batman series, are laughable. They stand in stark contrast to the well-presented and creepy atmosphere, but aren’t game-breaking. 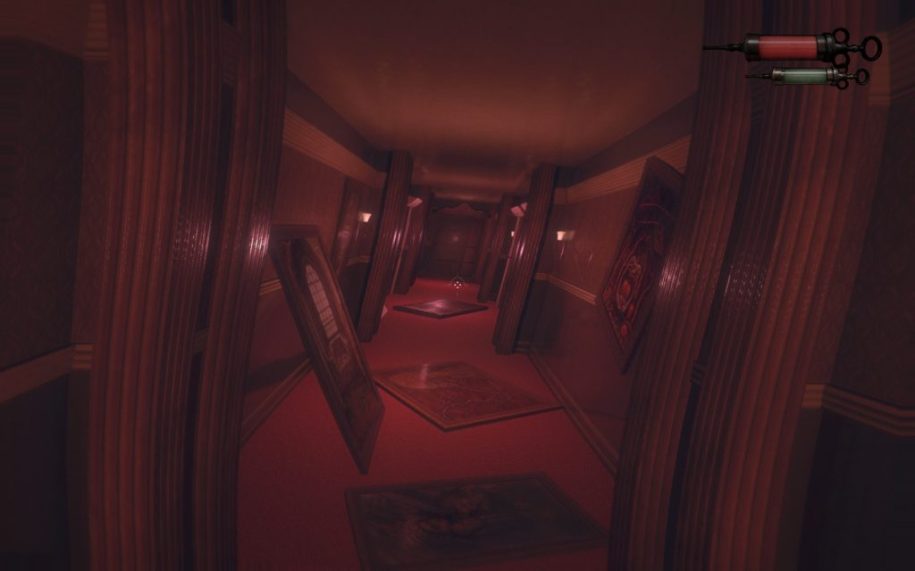 In all, The Crow’s Eye is a solid and enjoyable adventure/puzzle solving romp that stands out on its own. Although it utilizes many of the tried and try classic horror motifs, I’d consider it more of a psychological terror and adventure game more than anything else. Gamers interested in those genres, as well as puzzle platforming, will find a lot to sink their teeth into. At least for a while.

The Crow’s Eye offers some excellent visuals that suit its creepy theme. However, you’ll have to have a fast gaming PC or gaming laptop in order to play it at a decent framerate. So, you may just want to invest in a decent gaming rig: