An off-shoot of your more standard first-person shooter survival games, battle royales have taken the gaming world by storm as of late. Battle royale games have an alluring premise: A number of “contestants” are dropped onto a battlefield (usually an island, at least initially), and have to fight and kill everyone else in order to win each match. If a contestant isn’t already part of a team, they sometimes have the option of teaming up with other people on the fly via in-game VOIP, as in the game SOS.

This rather egocentric premise attracts gamers who enjoy high risk and high reward types of experiences. That’s because although each player usually has access to some pretty deadly weapons to kill others with, when you die during a match, that’s it: Game over. 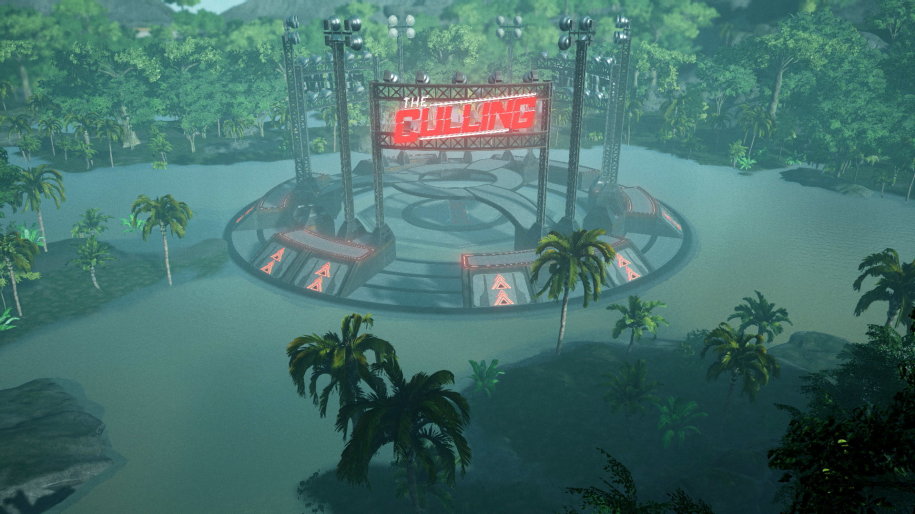 The genre really kicked off with Arma 2 battle royale mods, and later with Arma 3 mods. Then H1Z1: King of the Kill came along and presented their version of the battle royale experience. KOTK was a pretty fun game when it debuted, but over the years it morphed into a pretty crap-tastic game.

Just as KOTK was beginning to disintegrate, a small indie development team called Xaviant Games came out with arguably the first real battle royale game, built expressly for the genre from the ground up. The game, called The Culling, debuted back in 2016, and I remember playing it right out of the gate. 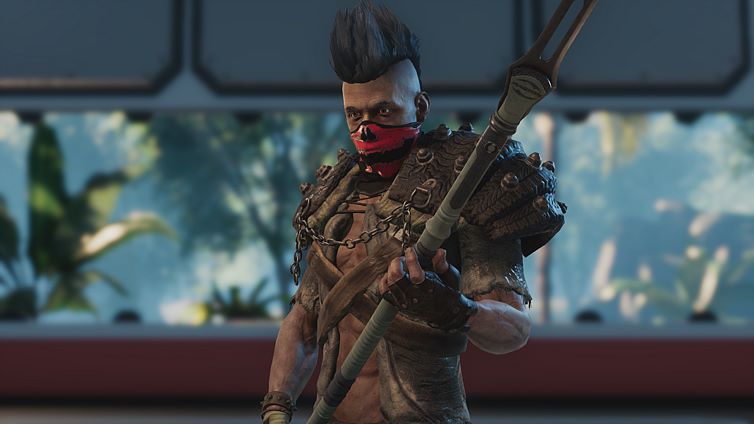 I was very impressed with The Culling, at least initially. It differed from other battle royale offerings in that it wholly embraced a sleazy gameshow aesthetic, and you could even see cameras posted up around its first map (which of course was a deserted island). It also featured a smarmy sounding announcer who would chime in from time to time during matches. Much of his banter involved cheerily announcing when contestants would meet their ends, as well as by whose hand. It was really surreal.

But what really set The Culling apart from the crowd was its emphasis on melee combat. Sure, it’s easy to blast away at enemies from afar with your AKs and sniper rifles in Player Unknown’s Battlegrounds and Fortnight. But when firearms are scarce and all you have at hand are more conventional melee weapons, such as spears and clubs, things can get pretty gritty.

The Culling’s combat mechanics were also brilliant. For example, if you got involved in a skirmish with another contestant, you could either focus on flanking and attacking them, or you could be more defensive and alternate between blocking and attacking. However, since the game had a handy (no pun intended) shoving command, you could push back someone who was blocking your attacks too much and throw them off balance. You could even shove people right off of cliffs or bridges and watch them do the running man all the way to their deaths. 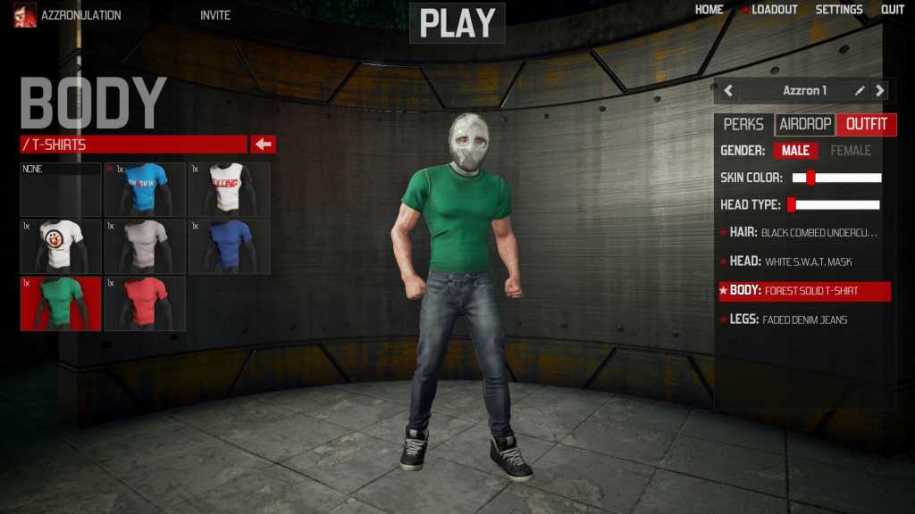 Although The Culling did indeed feature some ranged weapons, such as blowguns (complete with poison darts) and hunting bows, guns were generally hard to come by. In this way, the game sort of reminded me of a digital version of The Warriors film from the 70s. If you got your hands on a gun it was a special thing, and something not to be squandered. Bullets were also worth their weight in gold, since they were equally scarce and hard to come by.

The sixteen contestants who would begin their blood-soaked journey across The Culling’s main island, would have twenty-five minutes to find and dispatch one another and become the last man standing. Winning matches would earn you different skill perks, as well as additional apparel.

With its nifty combination of grimy, melee-focused combat, dark humor, and addictive last man standing gameplay, The Culling quickly shot up the Steam charts. In fact, by mid-2016 was one of the top ten most played games on the entire platform. I remember seeing it high in the TwitchTV viewership rankings as well. 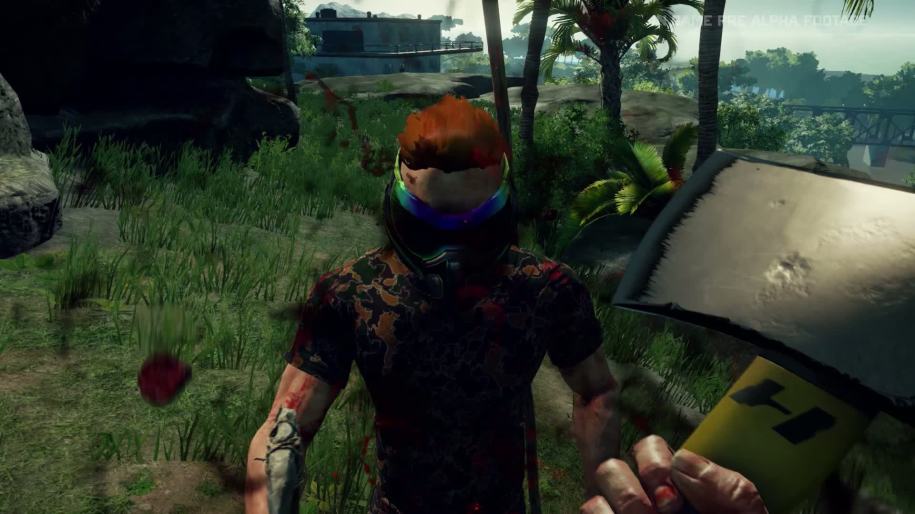 But then Xavient began piling on the updates and patches. These were mainly unwelcome modifications that took The Culling further and further from the original mechanics that made the game ingenious in the first place. In an odd twist, although its (at that time) loyal fan-base cautioned against many of the changes, and even threatened to stop playing the game if they weren’t addressed, Xaviant more or less ignored them.

On top of that, PUBG launched around the same time and pretty much vacuumed up much of The Culling’s disgruntled player base. In reaction to the much grander aspects of PUBG, Xaviant tried to compete with it by releasing The Culling 2, but that was a big mistake. The Culling 2 was a cheap knockoff of PUGB, with horrid graphics, weak gameplay, and bad optimization. Just two days later, Xaviant pulled the plug on The Culling 2. 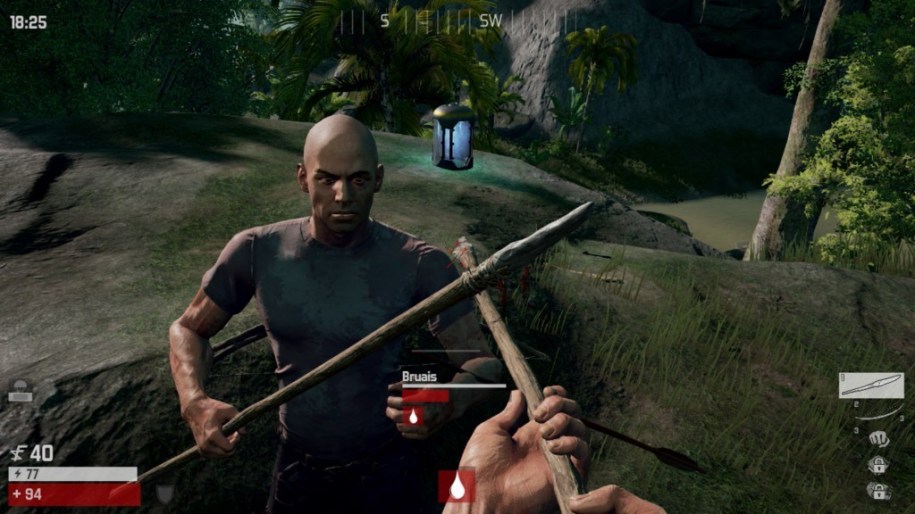 After licking their wounds for a week or so, Xaviant did what no one thought they’d do—re-release the original day one version of The Culling. Well, almost the original version. Titled The Culling: Day One Reference, the devs kept a few of the upgrades intact, such as better graphics and resolution. But that’s about it. What you get is the same great game you’ll remember if you played it back in 2016. The same high stakes gameplay, the same grueling combat, etc.

The Culling: Day One Reference is a solid return to form. If you are looking for a more contained, melee-focused alternative to PUBG or Fortnight, give it a try.

The Culling: Day One Reference features great graphics that make its battle royale gameplay truly shine. However, you want to have a pretty beefy gaming PC or gaming laptop in order to play it at a decent framerate. So, you may just want to invest in a decent gaming rig: