Survival horror games almost seem to be a dime-a-dozen these days. Every time I turn around there’s a new survival horror title coming out. Many of these are of the open-world, sandbox variety—such as The Forest, and the criminally underrated Desolate. However, some are more of the psychological, narrative-driven sort. These include the Outlast series, Remothered: Tormented Fathers, and Resident Evil: Biohazard, and usually center around a single locale such as an abandoned asylum or haunted house.

Haunted house games in particular may seem pretty hackneyed by now, but don’t tell that to indie Moroccan game developer RYM Games. Just last September (2018) they released a little psychological horror title called The Conjuring House. Later, for whatever reason, they changed the title to The Dark Occult, which I think sounds more befitting after playing it. 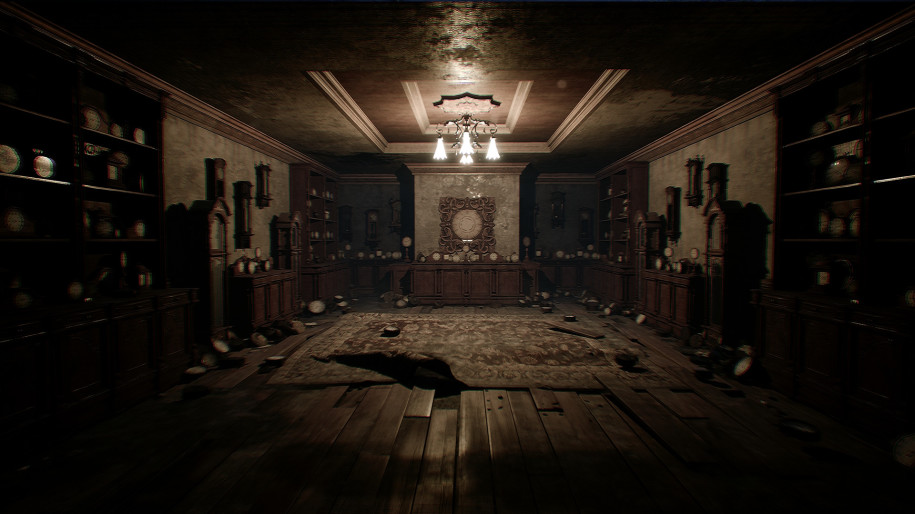 One thing that really grabbed my attention from the get-go was The Dark Occult’s main game intro sequence. You get a first-person perspective of the protagonist trying to save a fellow research team member but the other man is suddenly hauled off into the dark. That in turn is followed by some menacing snarling sounds and eventually what sounds like blood splattering.

From there, your character runs for his life throughout what you’ll later find out is a large, decrepit mansion. After invoking some sort of sacred ritual to ward off a particularly horrific-looking, evil spirit, you begin the game proper in one of the rooms of the mansion. I won’t spoil it from there, but let’s just say that you’ll end up playing as another character eventually, and that’s when the real scares begin.

The basic backstory is that you as the main character were part of a paranormal research team. I say “were” because the rest of your team has vanished while investigating a notoriously haunted mansion called the Atkinson House. 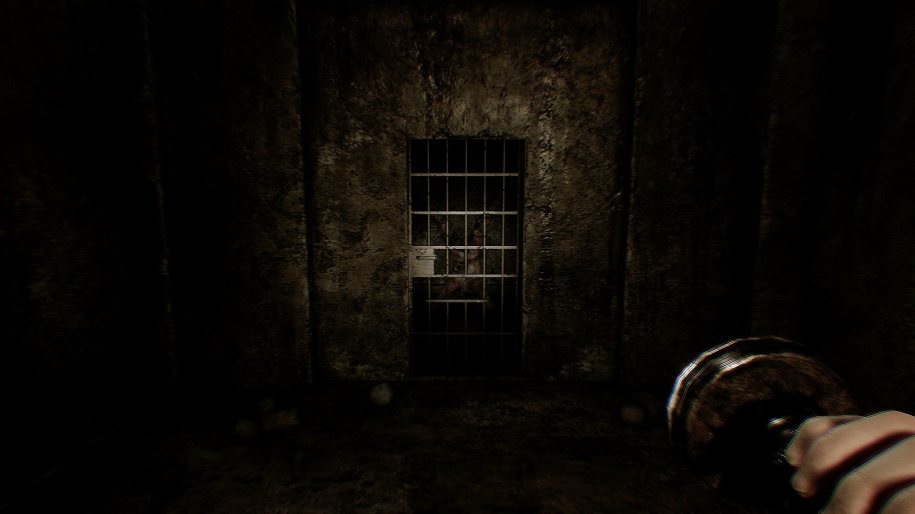 At a certain point, you discover that they may have met a dramatic end and you will need to get out of the sinister place as soon as possible, lest you suffer a similar fate. Of course, the house seals all of the exit doors and so the only alternative is to find the central source of evil and defeat it, in order to earn your freedom. But it won’t be easy…

After the very impressing opening frame, I was immediately let down by the main character’s voice acting. Every time he found a creepy clue or uncovered news of an evil deed, he’d blurt something out that sounded like a high-pitched, NPR radio commentator in a Valley Girl dialect. It was that annoying. On top of that, since the rest of the sound design is spot-on, our friend’s nasally-toned voice came off as particularly jarring when it came to affecting the overall ambiance of terror.

Speaking of The Dark Occult’s sound, RYM Games really knew what they were doing as far as creating a terrifying atmosphere. While wearing my headphones, I could hear all sorts of odd sounds such as wood creaking next to me, sighs or growls, or faint footsteps in the next room. 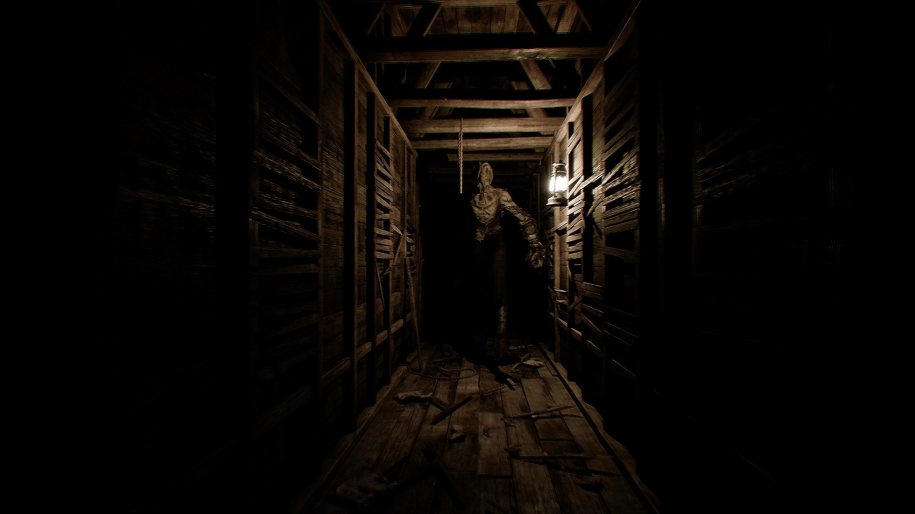 But probably some of the most dramatic ones were when the background musical notes suddenly climbed up into a furious crescendo just before one of the evil entities that haunt the house, appeared.

The eerie sound design pairs up well with the game’s visuals. All around you, you’ll see peeling wallpaper, dusty furnishings that have seen better days, and dark paneled hallways that lead into darkness; the entire place really gives you the feeling of being in a once-majestic mansion that has gone to complete shambles.

Gameplay-wise, most of the game involves moving from room to room, all of which are connected by long, dreary hallways. Your goal is to locate and obtain any of the keys to the many locked doors within the place that impede your progress. Of course, it wouldn’t be a haunted house without having things that haunt it, and The Dark Occult has that in spades.

Sometimes you’ll spy a former co-worker down a darkened hall, only to step away and disappear when you approach him. Other times you’ll encounter sinister dolls that aren’t quite as inanimate as they first seemed. There are so many different types of horrific entities in the Atkinson House that you’re sure to get plenty of frights depending on what scares you the most. I hate dolls so the dolls parts were hard for me to get through. 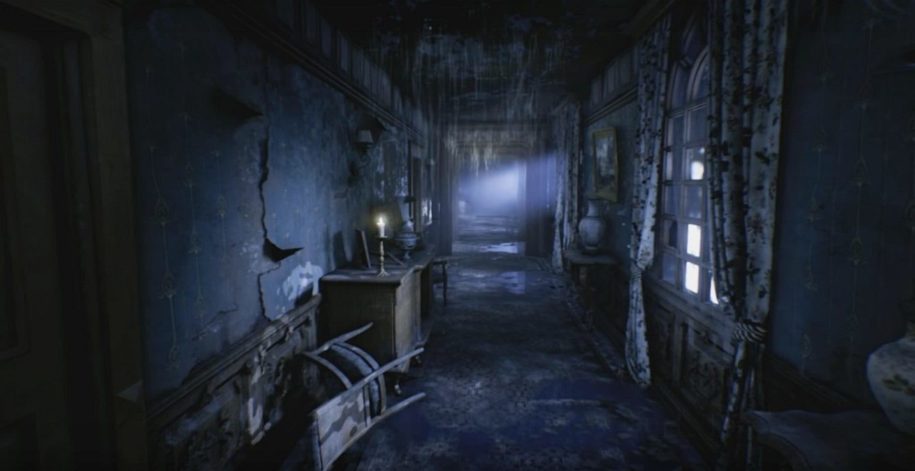 There is a primary entity in the form of a demonic woman which haunts the place. However, unlike many of the other evil spirits, she isn’t bound by any sort of pattern. Instead, she can follow you wherever you go, and there is only one thing that can save you are protective talismans that you find on your journeys. The sheer terror I experienced while being stalked by this evil witch was something I’ve only felt while playing the original Outlast.

The Dark Occult is a highly underrated horror extravaganza that combines gruesomely beautiful graphics, creepy sound design, and some seriously disturbing entities, with fun puzzle-solving and hair-raising chase scenes. If you’re a horror fan you definitely want to check this little horror gem out.

The Dark Occult features great graphics that make its survival horror gameplay truly shine. However, you want to have a pretty beefy gaming PC or gaming laptop in order to play it at a decent framerate. So, you may just want to invest in a decent gaming rig: