The gaming industry seems to be entering a golden age of survival games. Whereas the shooter genre is getting more and more realistic, with games such as Escape from Tarkov in development, survival games are likewise becoming more immersive. I’ve pretty much played every survival title out there right now. Most of the major ones are decent but are missing certain elements or gameplay considerations.

DayZ was originally an enormously popular Arma 2 mod that gamers couldn’t seem to get enough of. Unfortunately, its standalone successor which saw an initial release in 2013, looks like it’s never going to emerge from Early Access (it’s been in Alpha for 3 ½ years). 7 Days to Die debuted around the same time, and although its developers have continuously improved it (much more so than DayZ), it’s still a grind-fest. The developers of H1Z1: Just Survive have seemingly abandoned it in favor of their cash cow, H1Z1: King of the Kill. Ark: Survival Evolved is also not only grindy, but also poorly optimized (at least it’s nearing an official release date). Rust is fun in a sadomasochistic way (PVP), but you tend to get everything you worked hard for taken away from you while you’re offline. Miscreated has potential but still has a long ways to go. 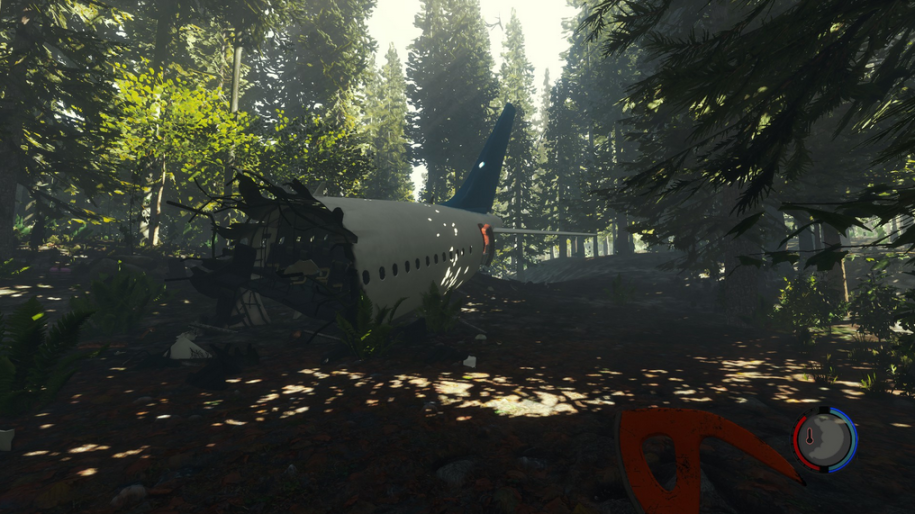 Which brings us to another survival game that has been getting a lot of attention: The Forest. Developed by Canadian company Endnight Games, The Forest begins with players crash landing onto the heavily forested peninsula of a large island. Endnight recently released a patch which now allow for co-op play, instead of just solo (yay!).

There is a main storyline which revolves around having to save a player’s son whom he was separated with during the plane crash, but you don’t have to follow it. Instead, The Forest beckons you to play the game how you wish to, and is (in my opinion at least) designed to be experienced as a nonlinear, open-world survival game. 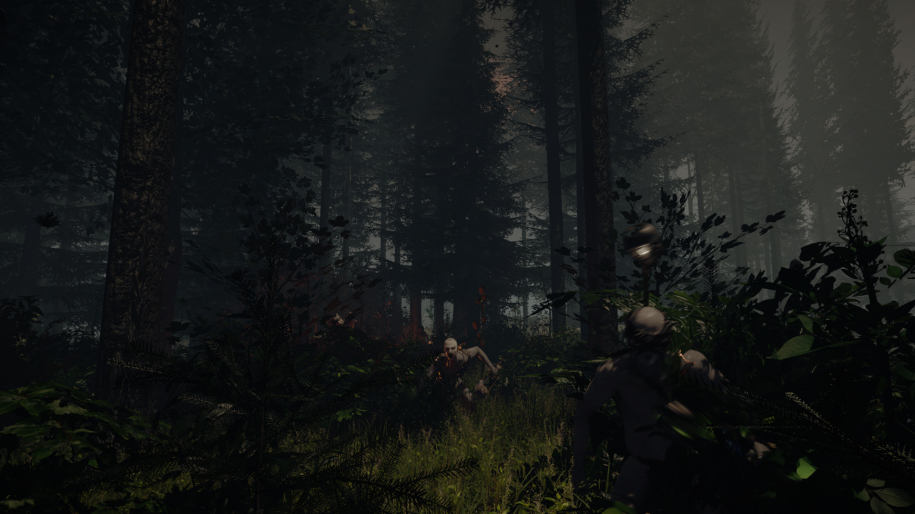 One of the first things that I noticed about The Forest which was very different from other survival games, is that it isn’t a grind-fest. Players initially will want to gather resources, craft weapons and equipment, and build bases, but once you’re set up—you’re set up. For instance, in 7 Days to Die, you have a similar set-up where you forage and build up during the day, and then hunker down and fight off zombies at night. However, in that game you constantly have to go out and grind for resources since the enemy threats increase all the time, and also attack you more often.

In The Forest, a friend and I built up our main tree-base, and then set off to explore the many cave systems underneath the island’s crust. We’d be gone for days at a time and expected to return to find our base obliterated. Instead, we might see some minor damage, but that’s about it. If you’re not home, the chances of your base being destroyed are minimal.

This in turn frees up your time and allows you to more fully explore the peninsula. The exploration aspect of The Forest is where a ton of fun is to be had, especially with a group of friends. There is a lot of variety within the various territories present in the game. One minute you can be exploring some hills and come across an abandoned campsite, and another you could be swimming out to a boat docked in a serene looking bay. 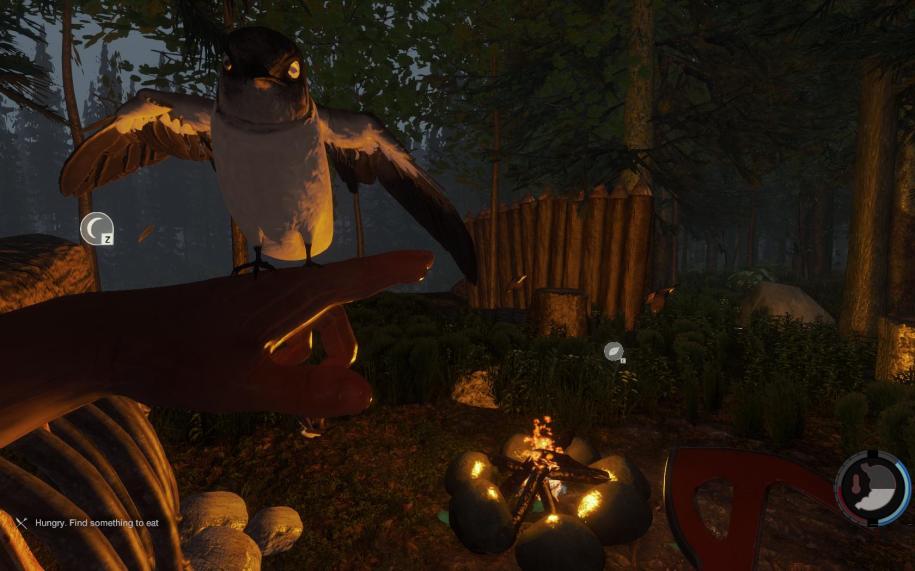 It doesn’t hurt that The Forest’s graphics are out-of-this-world beautiful. Foliage such as tree branches and bushes bend and sway as you walk by them; birds fly by overhead (and sometimes even land on your hand); random weather events roll in and change the scenery; rabbits, dear, tortuises, different sorts of fish, and other critters scrurry around this way and that. This game is just dripping with atmosphere and immersion. In fact, the only other game that has visuals this striking is Miscreated.

The Forest’s crafting and building features are very robust and well-implemented. You can put together all sorts of items and equipment that can help you to develop your base. For instance, let’s say you’re doing your lumberjack thing and chopping lots of trees down (they actually fall and stay there instead of disappearing). Hauling logs back and forth, two at a time, can be pretty arduous. However, in The Forest you can build log sleds which make hauling a lot more efficient.

Weapons and traps are also a joy to build. My gaming buddy and I are trap-junkies are were very surprised (in a good way) and the vast array of traps that we could construct. You can craft anything from rope-catch traps that end up hanging your foes from trees upside-down; all the way up to a Molotov tripwire trap that lights enemies on fire when they stumble across it. Heck, you can even build animal traps and catch rabbits in order to breed them for food.

The enemies present in The Forest are a lose gaggle of cannibalistic creatures that sport some of the most advanced AI I’ve ever witnessed in a game, period. Sometimes a lone cannibal will approach you fertivly, almost as If it wants to communicate. Other times, you’ll see a patrol walking through a patch of forest which will only become agitated if they sense you. Some of them will scurry off upon encountering you, only to return with backup. Similarly, sometimes one of them will screech into the air in the hopes of requesting (and receiving) backup from members of their tribe. In this regard, encounters with the native denizens of the island feel more organic than they do in other survival games. They’re also more unpredictable since you never quite know how each one will play out. 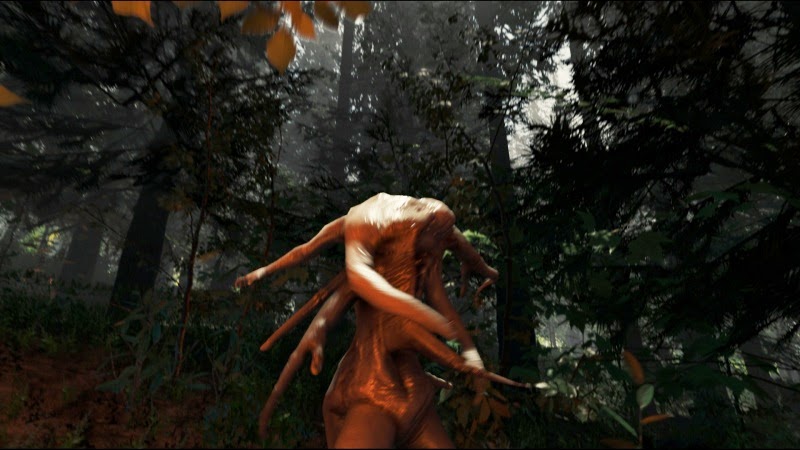 The Forest is a brilliantly conceved and executed open-world survival experience that any fan of the genre should try. It features exhilarating combat, immersive exploration, excellent crafting and building systems, and constant tension that will have you on the edge of your seat. It also benefits from having attentive developers who obviously love their product, and they release consistent updates at regular intervals. The Forest is a fun survival game that eschews much of the grindy-ness of other similar titles and is a game that I’ll be playing for a long time to come.

The Forest features gorgeous graphics that are more than good enough to wow your friends with. However, you want to have a pretty beefy gaming PC or gaming laptop in order to play it at a decent framerate. So, you may just want to invest in a decent gaming rig: 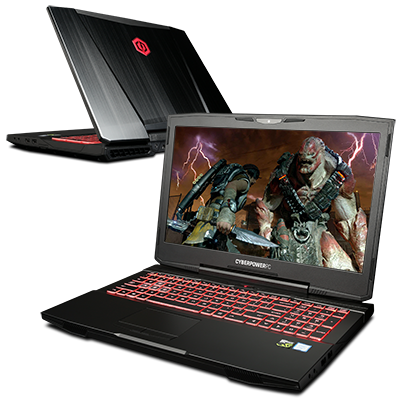