I remember playing The Forest a year or so ago with a gaming friend. Back then, it was still pretty rough around the edges but still managed to offer up a survival horror experience unlike anything else we’d ever tried.

I’ll never forget the game’s set-up—you’re flying through the skies onboard a commercial airliner when it suddenly malfunctions and crash lands on a seemingly deserted island. Soon, you begin to realize that you’re not alone as you scavenge for resources and hunt for food. 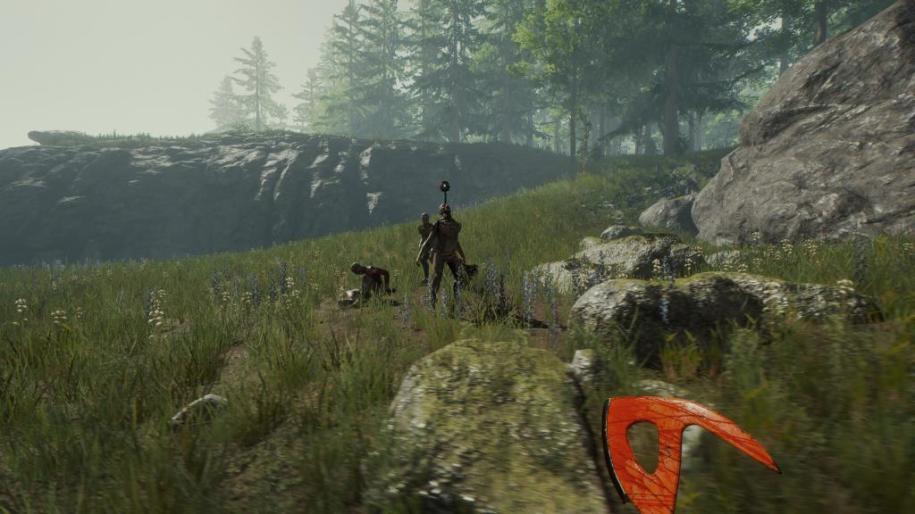 If you’re sensible, you’ll gather supplies as quickly as possible from there, if only to ward off the island’s denizens which consist of feral cannibals and other, monstrously misshapen entities. These enemies will increase their attack ferocity as time goes by. The more of an imprint you make on the island (i.e. clear-cutting trees for lumber; building up bases), the more you’ll be harassed by these creatures until they begin throwing everything they have at you.

The Forest recently ended its Early Access period and we’ve been blessed (or cursed, in a good way) with the full release of this modern classic. As I did a little reading in order to find out what sort have changes had taken place with regards to the game’s new mechanics and checked out the new content, I found out it was highly suggested to play the game solo. So, I fired it up—sans my gaming buddy—and dove right in. 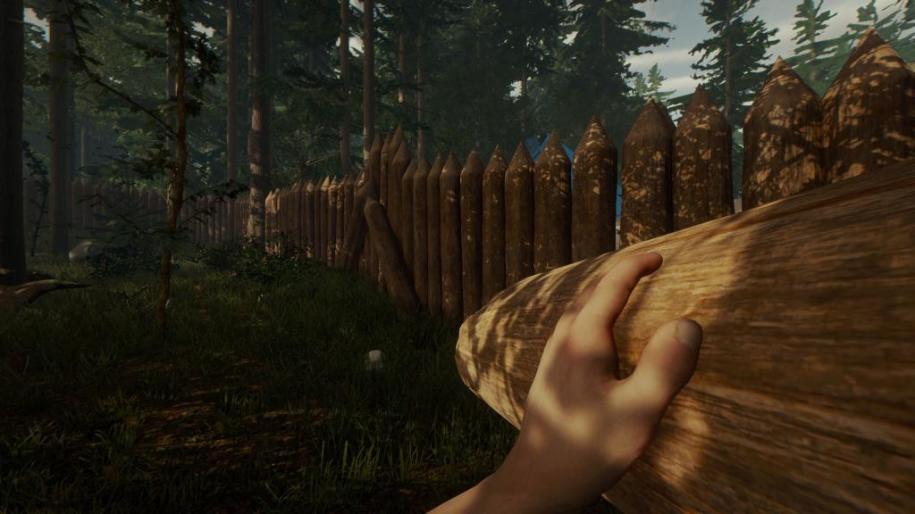 First off, after playing about ten or so minutes of The Forest; right after the plane crash and subsequent scramble to gather resources, I realized why people stressed solo play. It’s just a whole lot scarier trying to survive by yourself.

For instance, as I scavenged for survival supplies it became starkly clear that it was so much less scary when I had a friend watching my back. When you play alone and hear guttural groans and unintelligible screeches you’ll constantly be glancing around in order to see if something is creeping up on you.

The small cannibal patrols that you initially encounter are a lot deadlier as well. Whereas in the past when I was playing co-op with my friend, we’d be able to fight off two or three of the bloodthirsty freaks. But when I tried doing that alone I found myself getting ripped to shreds. 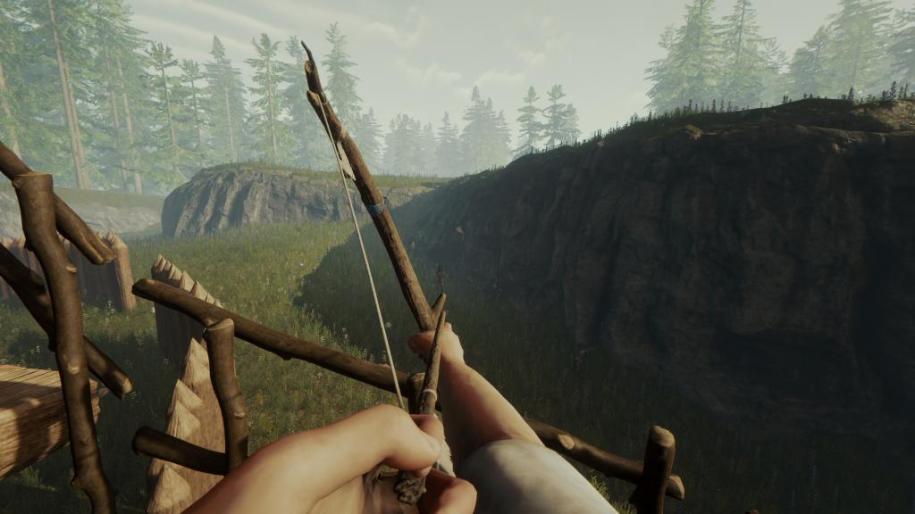 Therefore, I did a lot more running…and running…and more running. Or, I’d simply swim out a ways into the sea since the cannibals won’t follow you into the water, but then I’d have to worry about all of the sharks swimming around.

One thing that has always been a consistently impressive feature of The Forest is that the enemy AI is superlative. For example, sometimes cannibals will spot you and run off, only to return with reinforcements later on. Other times, they may just approach you and then mean-mug you for a while, or suddenly attack.

One time, I even encountered a small group of them in a dense forest which, upon seeing me, acted like they were running away but then leapt up into the trees. From there, they flanked around behind me and attacked from behind. This unpredictability makes each and every run-in with the island’s enemies visceral and extremely tense since you never know how they’re going to play out. 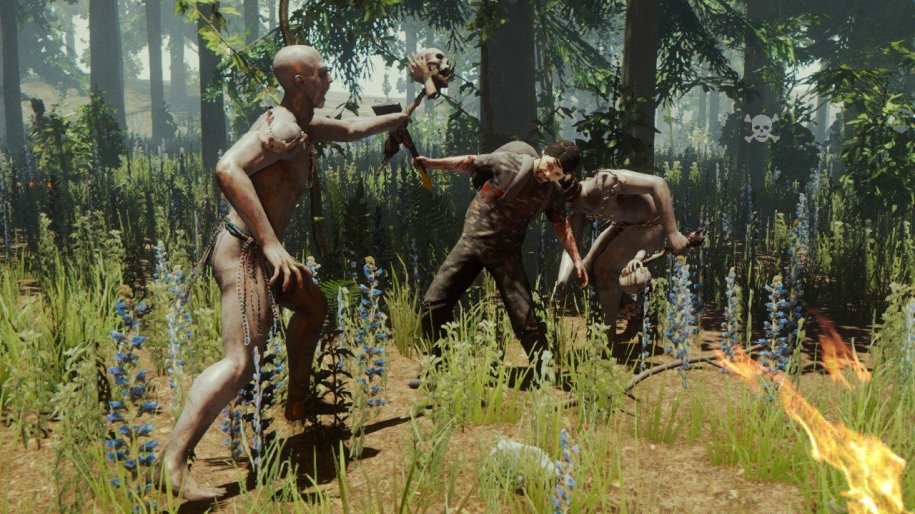 The latest update (1.10) adds a lot of new goodies as well as some horrific-looking new creatures to contend with. There are also hang gliders available now for you to skim through the air with. I’ve found these gliders to be especially useful when trying to escape mutants which followed me up into the trees or other high places such as mountains.

All of this new content is great and all, but one thing has remained the same—The Forest is an absolutely terrifying game to play by yourself and one that shouldn’t be passed up on by fans of the survival horror genre.

The Forest features pretty great graphics that make its survival horror gameplay truly shine. However, you want to have a pretty beefy gaming PC or gaming laptop in order to play it at a decent framerate. So, you may just want to invest in a decent gaming rig: