I’ve become a pretty big fan of survival games, at least the few good ones out there. To me, what makes a survival experience great is its atmosphere, as well as its game mechanics. While many games have pretty immersive environments, such as Rust, Ark, 7 Days to Die, and Miscreated, they can also have some pretty toxic player bases (especially ones like Rust).

In addition to being survival games that have rather crappy player bases, all of these games can also be very much on the grindy-side. That is to say, much of them involve scouring their various environs for both necessities such as food and water, as well as building supplies for shelter, and of course weapons for other players or AI enemies. As my gamer friends and I have gotten older, we just don’t have the time to devote to grindy survival games anymore, and so can’t really compete with the legions of tweens who sit around all day and play games. 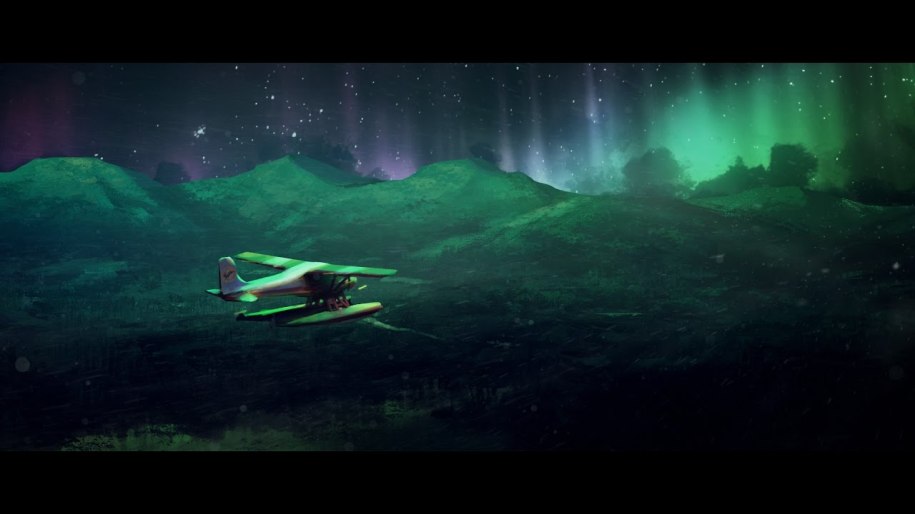 Two other factors seem to be on the rise with regards to modern survival games are realism and narrative immersion. By now many folks have heard of a2z Interactive’s upcoming, realistic survival title, Survive the Nights, which looks to lead the charge into much more gritty survival fare. But not too many people have heard of a small indie Canadian developer’s fresh take on realistic survival gaming, with their new offering called The Long Dark.

In The Long Dark, you play as Will Mackenzie, an epic-bearded Canuck pilot who is kind (or foolish) enough to fly his estranged wife, a doctor, out to a remote patch of the wilderness in order to administer medical aid to someone in need. Everything seems to be just fine and dandy until the pair witness a mysterious flash of light and the small plane they’re flying in suddenly conks out. 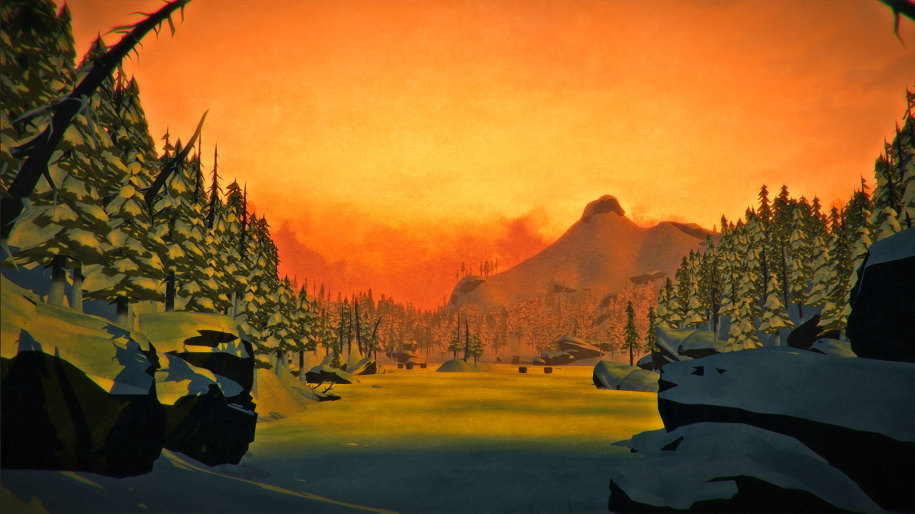 The plane crash-lands in an area known as The Great Bear, which consists of rolling hills studded with pines, plenty of rocks and cliffs, snow, and various sorts of dangerous (and highly aggressive) wildlife. The opening is very similar to a recent survival horror title, Outlast 2, where the husband wakes up after a plane crash, foggy-headed and all, and can’t find any sign of his wife.

By the way, it must be explained at the outset that this set-up is part of The Long Dark’s new story mode. The game has already featured a sandbox survival mode for the entire length of tis three-year Early Access lifespan. The game’s new story mode doubles as a tutorial, showing the game’s basic mechanics, layer by layer. Therefore, things can seem a bit backwards, as people who have already been playing the game’s sandbox mode will already know how the game works. Nevertheless, the game’s opening act, a dozen or so hour long episodic adventure called Wintermute, is entrancing enough to warrant bearing with the re-introduction of already-known game mechanics. 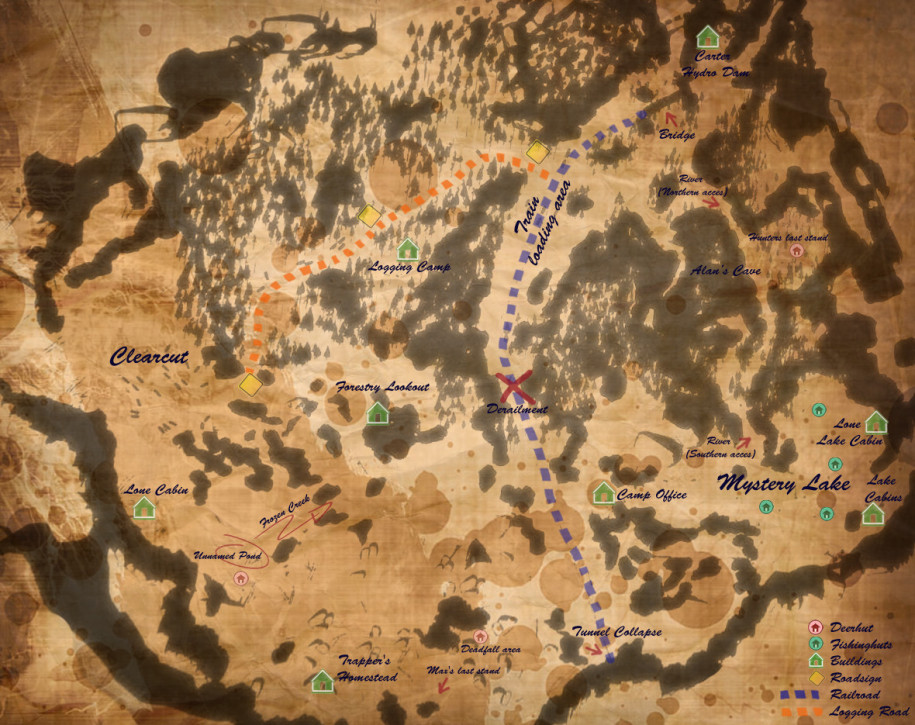 Realism abounds in The Long Dark. I quickly found that out during my first game. I realized this first when I encountered one of the game’s new NPC’s, an elderly woman, and decided to help her stock her shelves with food. Although my intentions were good, in practice, foraging for food was a grueling and highly hazardous affair. Not only did I almost starve to death multiple times due to my efforts, but I also fell prey to wolf attacks.

The Long Dark is a little different than other survival games because even a small bite from a cantankerous wolf can cause you some serious problems if you don’t address them almost immediately. Therefore, you have to make sure that you equip yourself properly before setting out on any sort of mission.

For instance, at one point I was given an objective to accomplish which involved taking Will on a rather lengthy trek. From the relative comfort of an abandoned cabin, I planned and strategized as much as I could—sharpening my fire ax; making sure I had warm enough clothes; stuffing as much water and scavenged military rations into my backpack as possible. All of that took an entire day. 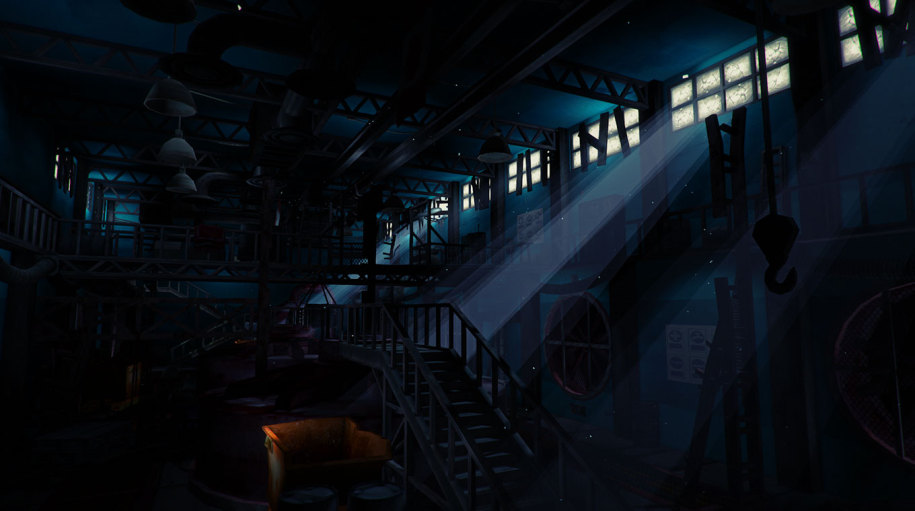 The following morning (at the break of dawn), I sallied forth into the wilderness, feeling confident that all of my planning would pay off. Suddenly, a massive storm hit me from out of nowhere, and foiled my plans. Things got so dicey that I actually had to turn back, since for one thing I could only see about ten feet in front of me, and for another I was freezing to death. Random events such as these regularly happen in The Long Dark, and they can (and usually will) throw a big monkey wrench in to anyone’s best-made plans.

The Long Dark’s visuals are pretty good, considering the indie budget the game obviously was created with. The character and creature models all look serviceable, but it’s the environments that really impressed me. Every house, cabin, or place of business looks satisfyingly lived/worked in, with all sorts of the expected minutia scattered about within them. The landscapes are likewise well-rendered, and as night falls, you really get the sense that you’re just a tiny, insignificant speck in a savage and untamed wilderness. 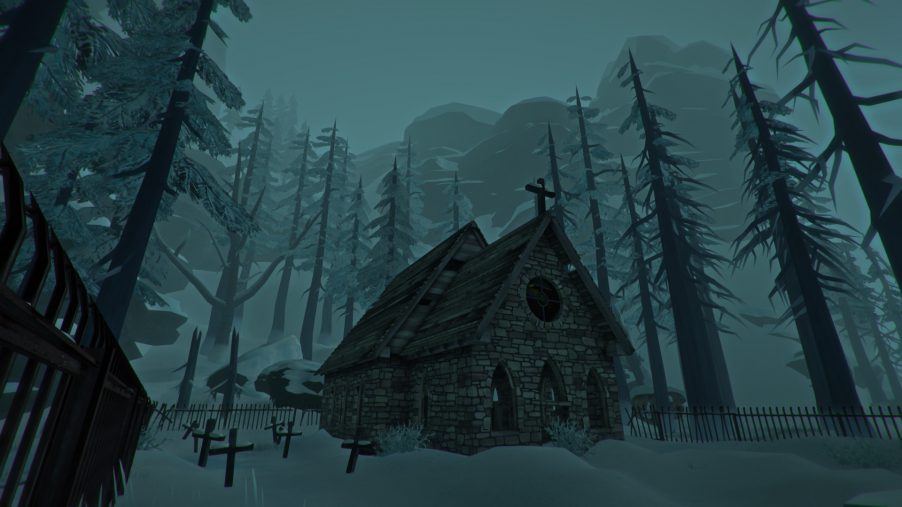 In all, The Long Dark is an impressive foray into the realistic survival genre that is a no-brainer for anyone even remotely interested in survival games. It can also keep you busy for quite a while since each of its five episodic chapters can last up to ten hours, or more. When gamers get their first taste of these sorts of more realistic adventure games, they may never want to go back.

The Long Dark features great graphics that make its space survival theme come alive. However, you want to have a pretty beefy gaming PC or gaming laptop in order to play it at a decent framerate. So, you may just want to invest in a decent gaming rig: