When indie game developer Numantian Games debuted their new PC zombie title, They Are Billions, back in December of last year, they pretty much shocked the real-time strategy world and set it on fire. To see what all of the hoopla was about I picked up a copy and tried it out a few days after it hit Early Access. Was all of the hype deserved? I’d say mainly “yes.”

I’d thought the pairing of a survival game in an RTS format was intriguing. But They Are Billions takes these genres a step further. Instead of merely splicing the two hallowed genres together, They Are Billions adds a third element: Rogue-like. 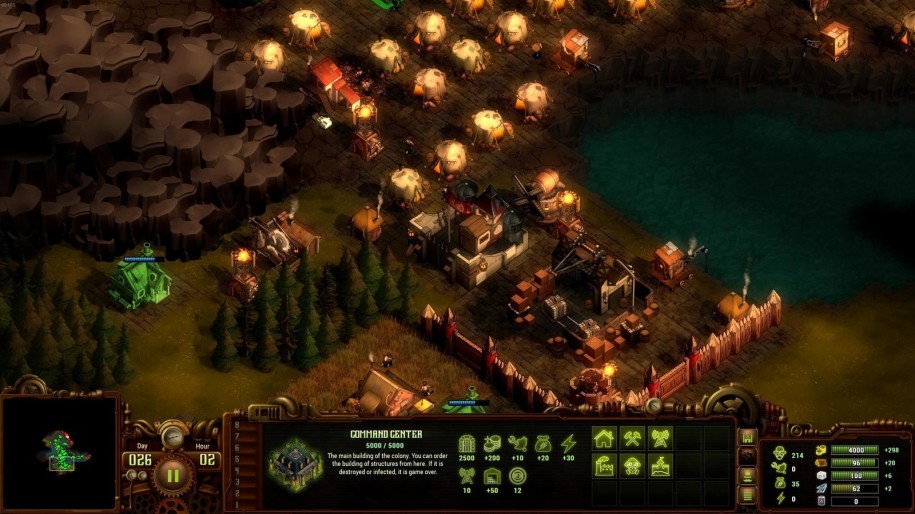 In They Are Billions, you are tasked with guiding your fledgling colony from a single command center into (hopefully) a thriving city. It is set after some sort of global pandemic ravaged the world and the infected masses took over the planet. However, as always in these tales, small patches of surviving humans banded together to rebuild and resist the zombie epidemic.

What separates They Are Billions from other games is that not only is it an RTS/survival hybrid, but it is extremely brutal and unforgiving. For instance, my first few games didn’t last beyond ten or so minutes (I think one lasted two or three, yikes!). That’s because zombies are constantly shambling around your base’s perimeter. Unfortunately, you have to make a choice with what to do with your starting three troops—stay and protect your base, or go out and scout around in order to find scattered resource nodes and pickups. 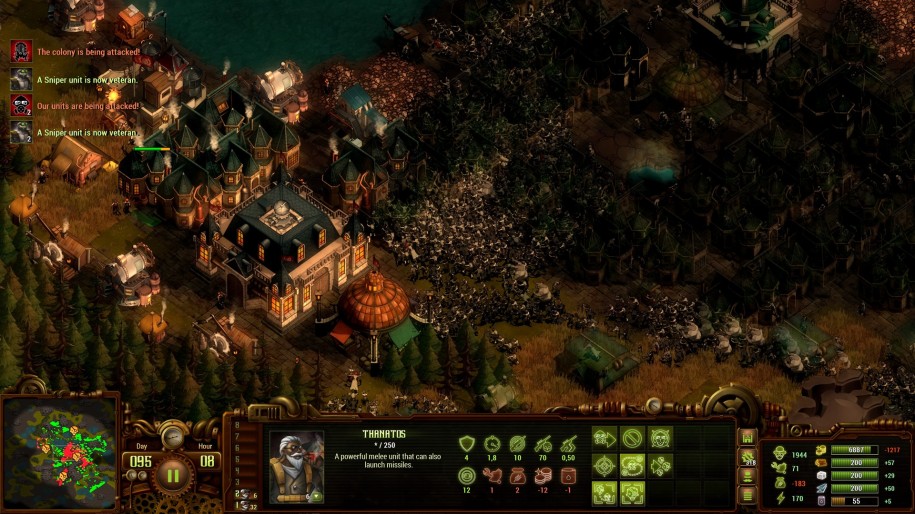 Herein lies the dilemma: Should you go out and scout, which leaves your base open to zombie assaults? Or, should you scout around your base and find valuable resources that can help your burgeoning colony, and therefore leave it vulnerable to attack? You really can’t do both and split your troops since it isn’t feasible. You also can’t produce more troops for quite a while since you can’t unlock a Barracks structure initially.

Whatever the case, if you do manage to survive beyond the initial phase, you can start to build walls around your encampment and also set up defenses such as spike traps and giant ballistae. The building system in They Is Billions is pretty decent and reminded me a lot of the Age of Empires series. You need to construct houses to boost your population; fishing shacks and hunting lodges for food; research centers for tech, and so on.

The rogue-like elements creep into the game from the get-go, just like the zombies. I found myself setting up some pretty strong defenses at my base early on, and then taking expeditions out into the surrounding areas with large groups of troops. I was forced to take larger groups because They Are Billions will throw increasingly powerful waves of zombies at you as the game progresses. 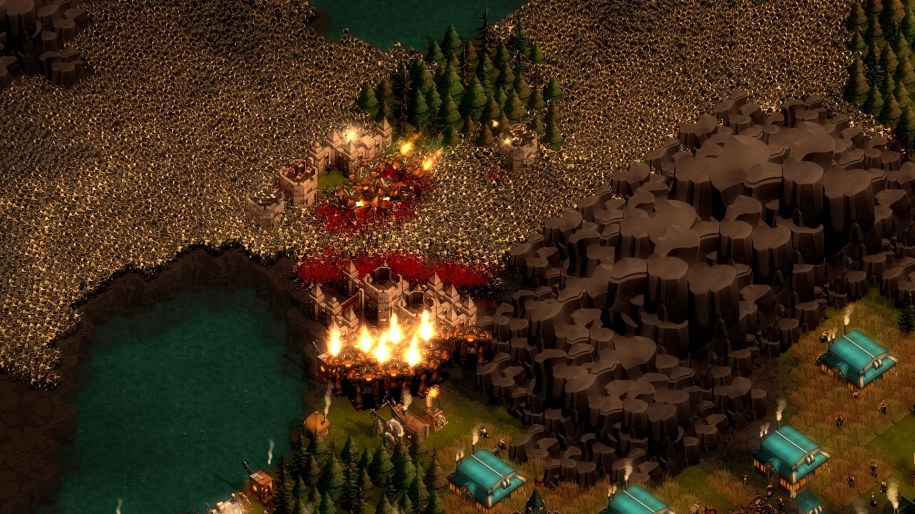 While out exploring, I’d eventually get attacked by mobs of zombies at my base and have to retreat back to it in order to fend them off. This created a sort of rubber band effect where I’d run out, and then run back, run out, run back, snapping back and forth like an elastic cord.

Well, the developers finally realized that this might be a problem. So, in their latest update, titled “The Six Wonders,” they introduced some massive structures that can help your colony out during the mid-to-late game periods.

First up is the Lightning Spire, which can harness the energy from lightning strikes for your colony’s use and adds 1500 victory points. Next up is the Atlas Transmutator which transforms common materials into precious oil, and adds 2000 victory points to the colony in the process. The Victorious is an unbreakable bunker which stands as the grandest symbol of the victory of humanity in the world, against the infected. It’s a gigantic beacon of hope and courage for everyone in the colony and adds a 20% gold generation buff to any surrounding colonies as well as 2000 victory points. 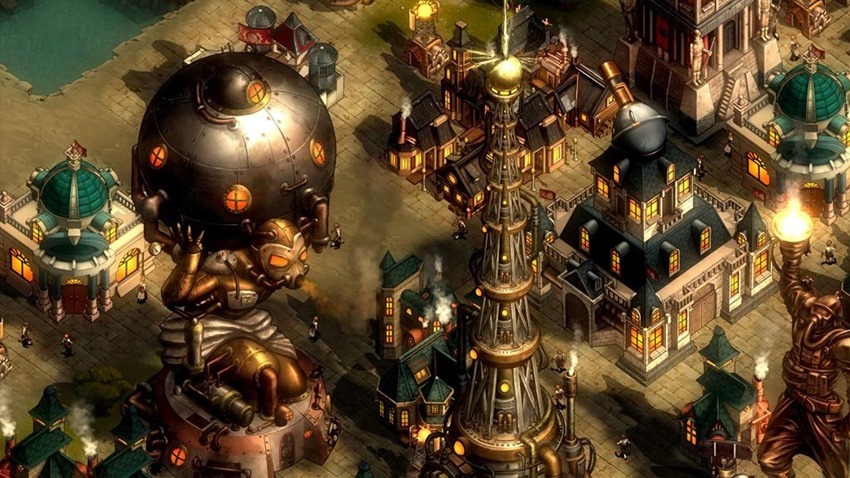 With these new wonders, players who thought that They Are Billions was a little too harsh (and there are quite a few of those) will have some welcome reprieve. That is if they can survive long enough and accumulate the requisite resources in order to build one of these game-changing structures. 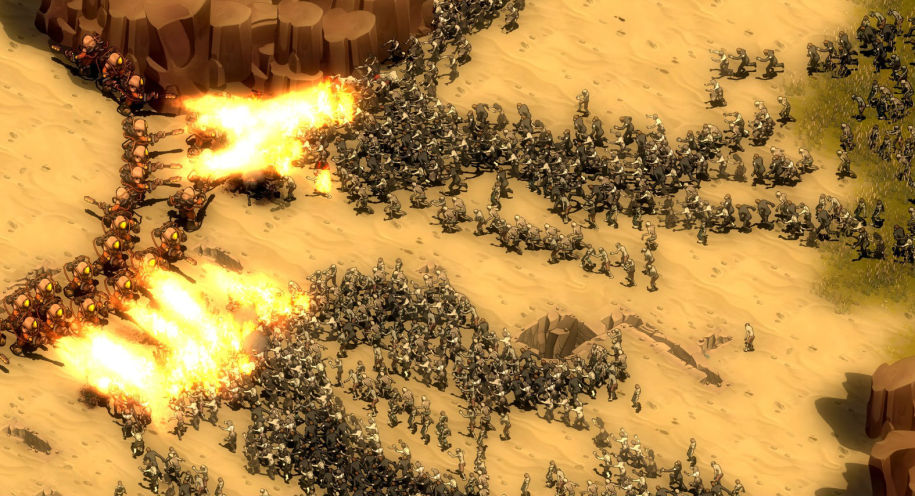 They Are Billions features outstanding graphics that make its survival base-building gameplay truly shine. However, you want to have a pretty beefy gaming PC or gaming laptop in order to play it at a decent framerate. So, you may just want to invest in a decent gaming rig: