Total War: Three Kingdoms made a pretty momentous splash when it debuted in May of 2019. Likewise, the Yellow Turban Rebellion was critically praised when it came out around the same time, offering more fun content to the main campaign. But many folks felt that the Eight Princes DLC was pretty lackluster by way of comparison. Mandate of Heaven is Creative Assembly’s latest piece of DLC. So does it fare better than Eight Princes?

In Mandate of Heaven, you’ll surely recognize a few familiar faces. This includes the very portly Cao Cao, Liu Bei, and of course, Dong Zhuo. However, unlike in the Rise of Warlords campaign, Mandate of Heaven takes place eight years earlier, so each character’s starting point is different this time around. You’ll also see appearances by Liu Chong, Liu Biao, and Tao Qian.

Soon, these important main casts of characters are joined by the Zhang brothers (Zhang Bao, Zhang Liang, and Zhang Jue) who brought about the Yellow Turban Rebellion and also led it. Meanwhile, you’ll also see the emperor and Lie Bei’s mentor, Lu Zhi, and Kong Rong and Yuan Shao are merely generals who serve the emperor.

The gameplay in Mandate of Heaven is a constant reminder that this is a backstory-themed DLC and it focuses mainly on the lives of Liu Bei, the emperor, Cao Cao, and the famous Zhang brothers who incited the Yellow Turban Rebellion. Each of the factions is pretty distinct (although nothing on the level of Total War: Warhammer, of course) from one another.

In this DLC, Cao Cao and Liu Bei are very nomadic and don’t possess any territory yet, at least not at the beginning of a game. You take in money from your family holdings and can recruit any extra troops wherever you can discover them. You can either follow the narrative-driven aspects of the Three Kingdoms era, or you can strike out on your own and create your own destiny. Personally, I like the emergent storytelling aspects that naturally blossom while playing grand strategy games such as this.

Thankfully, you can not only play through the entire eight-year period that encapsulates the Mandate of Heaven, but also continue on into the main game’s campaign. Of course, everybody’s start positions may be quite different. However, some things will still remain constant, such as the emperor’s faction being puny and inefficient, while Dong Zhuo will most certainly start strong right out of the gate. 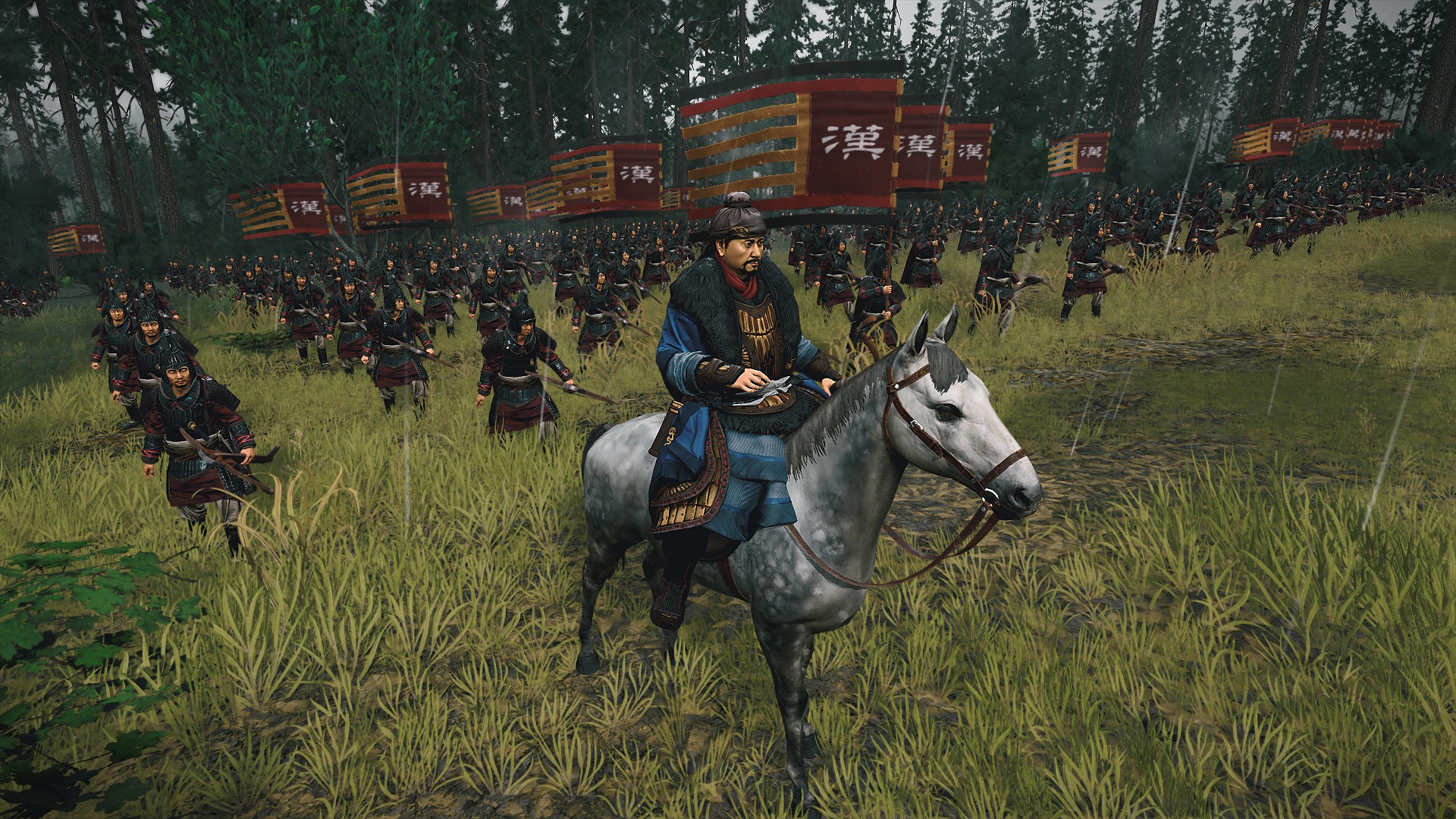 Mandate of Heaven’s campaigns are pretty unique and bring some interesting mechanics to the table. The Yellow Turbans themselves are an odd faction to play since they can’t utilize espionage (my favorite part of the game) or even simple diplomacy.

They do, however, have both Zeal and Fervor. As you gain Zeal, you can gain buffs to your forces, which increases their momentum. Conversely, if your Zeal begins to ebb you’ll start to notice uprisings here and there, that favor the Han Empire. If you increase your Fervor, you become more popular and will begin to cause rebellions in enemy provinces in favor of the Yellow Turbans. 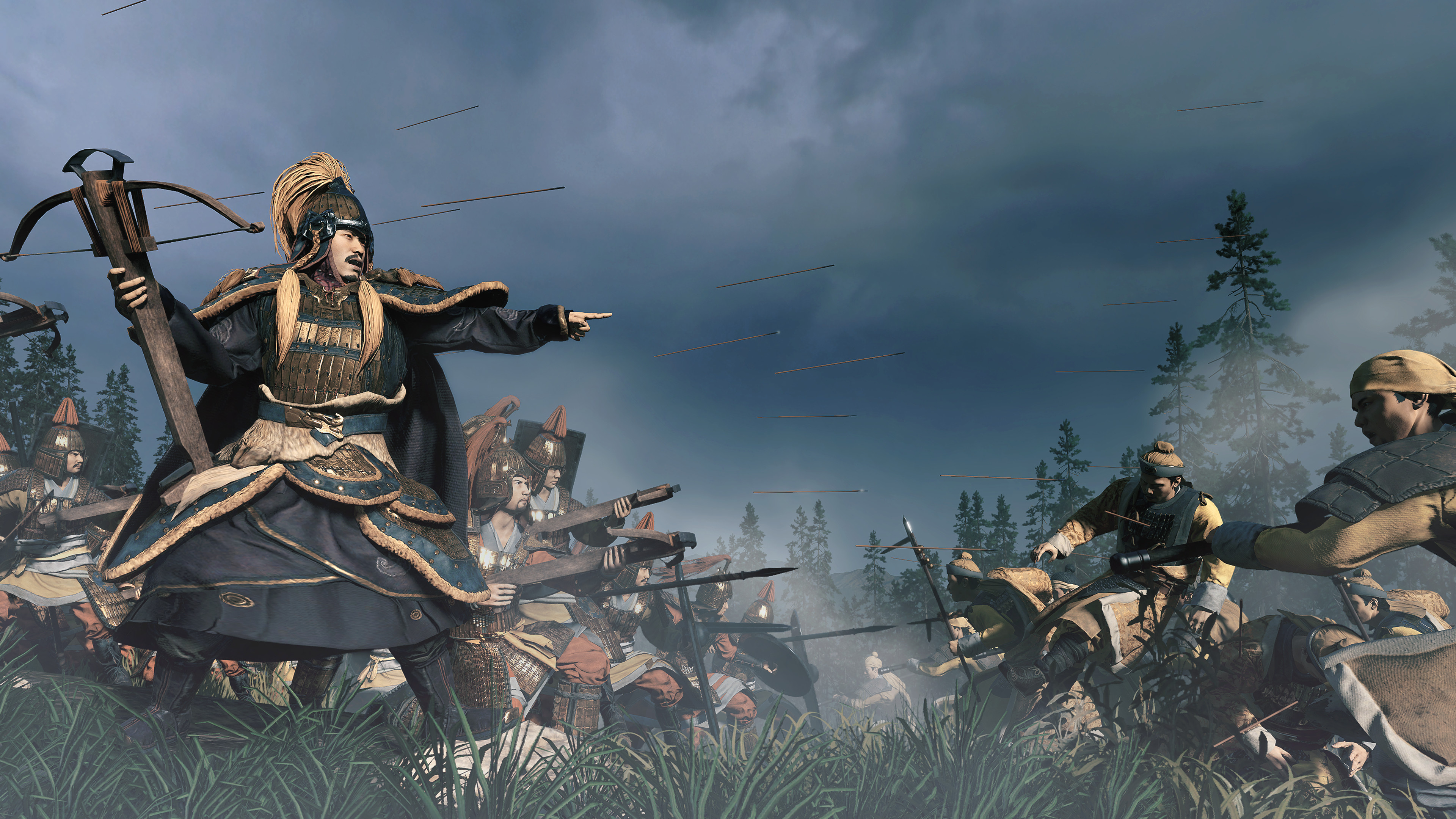 The only drawback that I’ve noticed with this new DLC so far has been the lackluster AI. In general, the AI in strategy games has never been that great with regards to diplomacy, and Total War: Three Kingdoms isn’t any different. But in Mandate of Heaven this issue seems compounded because of the Zeal and Fervor mechanics. I’ve seen the AI carry out some truly bizarre actions since it can’t seem to wrap itself around these new mechanics.

Overall, however, Total War: Three Kingdoms – Mandate of Heaven is a great DLC that has much more content to offer than Eight Princes did. The new mechanics are fun to play around with, as are the new factions, and the campaigns are a blast to play.

Total War: Three Kingdoms – Mandate of Heaven has some pretty good looking graphics that make its empire-building gameplay truly shine. However, you want to have a pretty beefy gaming PC or gaming laptop in order to play it at a decent framerate. So, you may just want to invest in a decent gaming rig: