I’ve played a ton of computer based RPGs in my time. Well, let me preface that by saying that I’ve always been an RPG fan in general, ever since acquiring the role-playing bug through long hours spent playing pen and paper games. I made the transition over to the digital realm with the now archaic Gold Box Dungeons and Dragons games by SSI. I then graduated up to the various Black Isle Studios games such as Baldur’s Gate and Planetscape: Torment.

When I first heard about the new RPG game Tyranny, I looked at some screenshots and they immediately reminded me of both the Baldur’s Gate series, as well as the equally lauded Pillars of Eternity. What all of these games have in common is that you play them from an isometric, top-down perspective. That’s not a big surprise, considering that Tyranny and Pillars of Eternity were both created by Obsidian Entertainment. Ferociously talented game designer Feargus Urquhart, one of the original founders of Black Isle Studios, now works for Obsidian, so it’s no wonder that all of the games look and play very similarly. 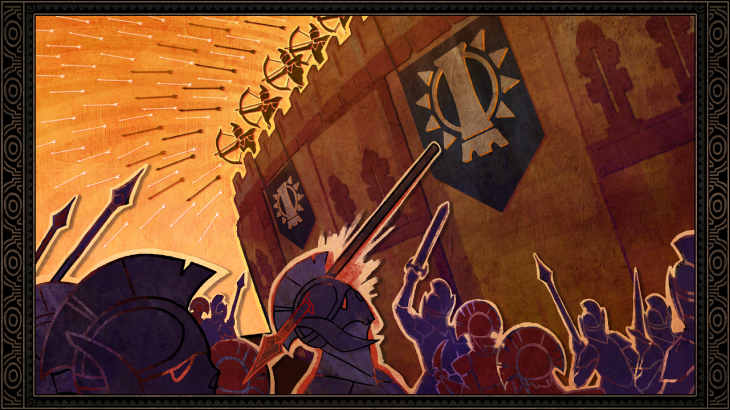 However, Tyranny introduces a new and intriguing ripple into the equation, at least story-wise. What happened, if instead of the usual sword and sorcery trope where you play as a hero trying to vanquish evil, evil has already won? Well, almost. Tyranny’s main baddie, the evil warlord Kyros has conquered the majority of the game’s world, with a small hold out of rebels still occupying a region to the southwest portion of the map. It’s an interesting premise, and I found it really intriguing. I mean, can you imagine if J.R.R. Tolkein’s Lord of the Rings series had been written from the perspective of the conquerors, and featured a Middle Earth where the evil mastermind Sauron had already taken it over?

In Tyranny, you step into the boots of a Fatebinder, a sort of evil Judge Dredd fantasy genre equivalent. Indeed, as a Fatebinder, you serve as a lieutenant of Kyros’ forces, and are a judge, jury, and many times executioner, to any form of resistance to the dastardly overlord’s rule. The game opens with a brilliant and well-developed character creation system. Once you have you evil minion up and running, you can either start the game after the downfall of the last bastion of resistance has been subdued, or you can play through the conquering and annexation of it. 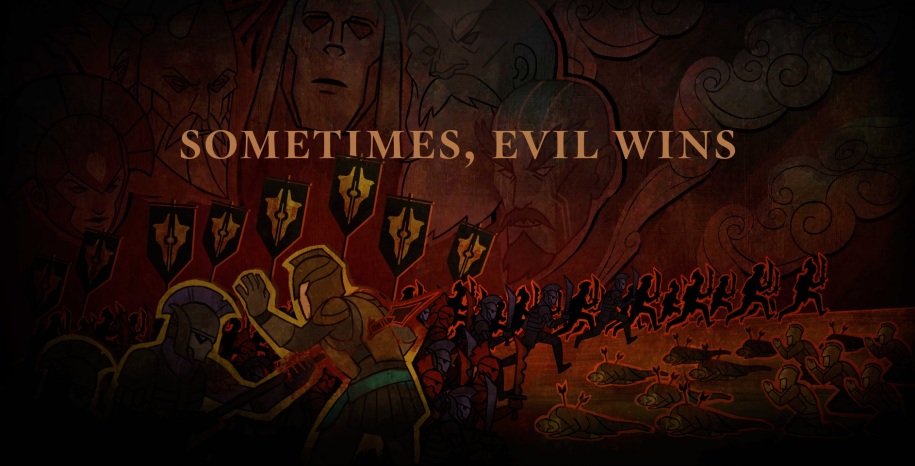 If you choose the latter, whatever decisions you make, as your forces are raping, pillaging, and plundering, will affect matters as you progress throughout the game. For more immersion, I chose to play this final conflict out, and let me tell you, it isn’t for the squeamish or faint of heart. Tyranny is a game that, despite its 16 or over age rating, introduces some pretty heavy and grisly goings on. Torture, rape, and lots and lots of murder, are all on display, and Tyranny plays it all out with a straight face, so don’t expect much in the way of humor or inflection. It’s a game that not only forces you to make some rather murky choices, but makes you think about them afterwards, even after you’ve ended your gaming session. We’re talking “what did I just do” stuff here.

Shortly thereafter, Tyranny makes it apparent that you must make a choice between supporting one of the two main factions of Kyros’ armies. One is a more multitudinous band of bloodthirsty anarchists, and the other is a smaller but more organized group of lock-step fascists. Since the two sides are quarreling with one another, you’ll soon discover that saying the wrong thing around either one can be bad for your health. Therefore, learning how to navigate the tumultuous political waters is paramount to your survival. 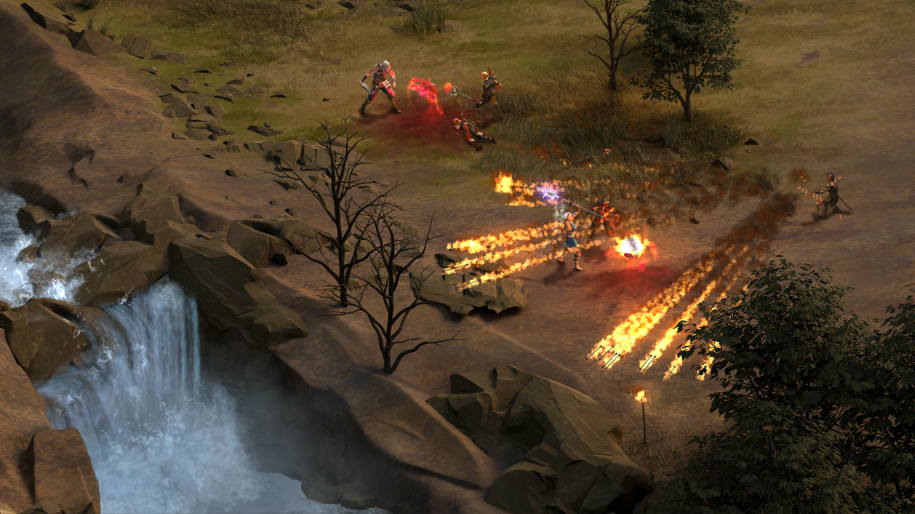 The gameplay mechanics themselves are very similar to Pillars of Eternity, so veterans of that game will be right at home here. I really enjoyed Tyranny’s skill-based system, in that whatever weapons, skills, or spells you utilize the most, are the ones that you gain more experience in. This is much more intuitive and logical that any of the more rigid, class-based systems that many RPGs tend to adhere to.

Tyranny’s graphics really nailed the mark, and serve to further draw you into the game’s murky world. The combat and spell effects, in particular, are extremely well done and fun to watch. The pre-rendered environments are also beautiful to behold, and you can tell that a lot of work went into them. The enemies are mainly of the evil human variety, so I’d consider Tyranny more of a low-fantasy game. You won’t see any pointy eared Elves or grumbling pot-bellied Dwarfs here, just a bunch of backstabbing fellow humans—lots of them. 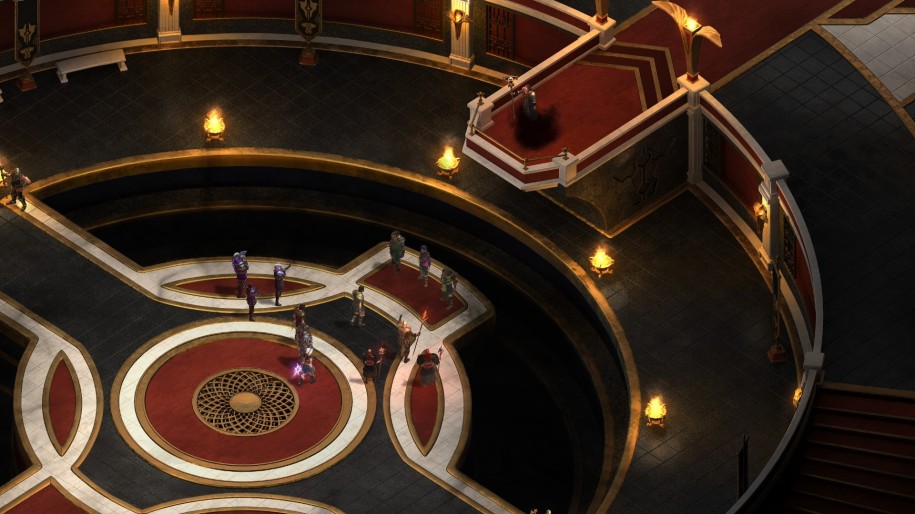 In all, I’d say Tyranny is a great RPG entry, although some of its subject matter can make you want to take a shower after wading through it. It builds upon Pillars of Eternity’s gaming mechanics, and features much improved graphics. It’s also more dialogue driven, and the often unpleasant decisions that you are forced to make have even heavier consequences this time around. I’d say that if you’re looking for a truly unique fantasy RPG that bucks the usual fantasy tropes, try it out. Just get your shower ready because you may need to use it.

Tyranny offers beautiful visuals that suit its fantasy theme. However, you have to have an equally fast gaming PC in order to play it at a decent framerate. So, you may just want to invest in a decent gaming rig: 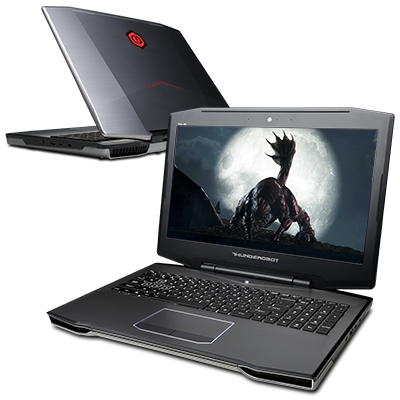