I was a little taken aback when they announced that Gladius wouldn’t feature any sort of diplomacy, which is a staple for any self-respecting 4X title. However, when they explained that the Warhammer 40,000 universe is all about constant war, I was sort of like: “Yeah, that makes sense actually,” although I would have at least preferred even some limited diplomacy between the Space Marines and Imperial Guard. 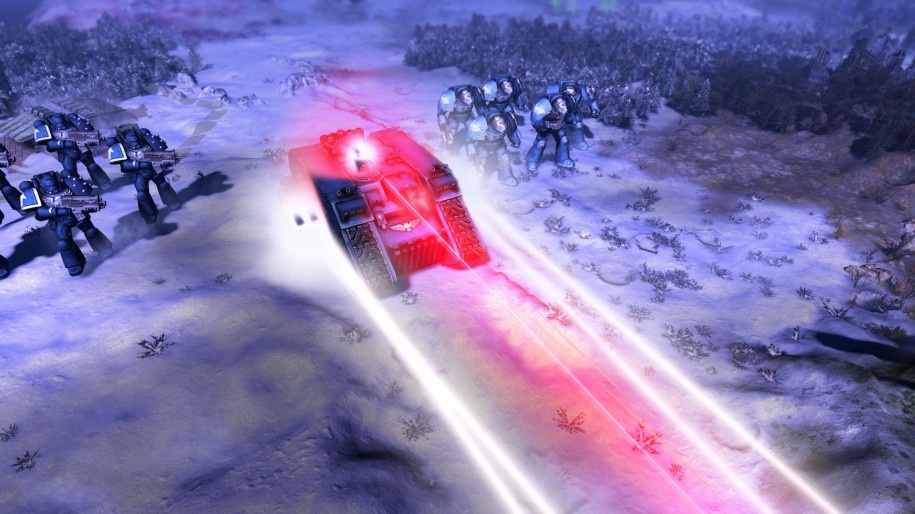 I dumped a fair amount of hours into Gladius right after it came out. I loved the game’s premise—four factions end up duking it out on a devastated, once glorious planet (Gladius), each for their own individual reasons. The factions themselves are very loyal to the Games Workshop IP and feature your usual Imperial Guardsmen, Tactical Space Marines, and Ork Sluggaz.

However, many fans of the franchise (including me) felt that the unit rosters were a little on the “lite” side. Where were the iconic Rhino Transports for the Space Marines? What about the many different versions of the Leman Russ Tanks for the Imperial Guard? Many of us were left scratching our heads at the curious omission of so many key units. Personally, I felt that Slitherine was just waiting to release many more units in the future. 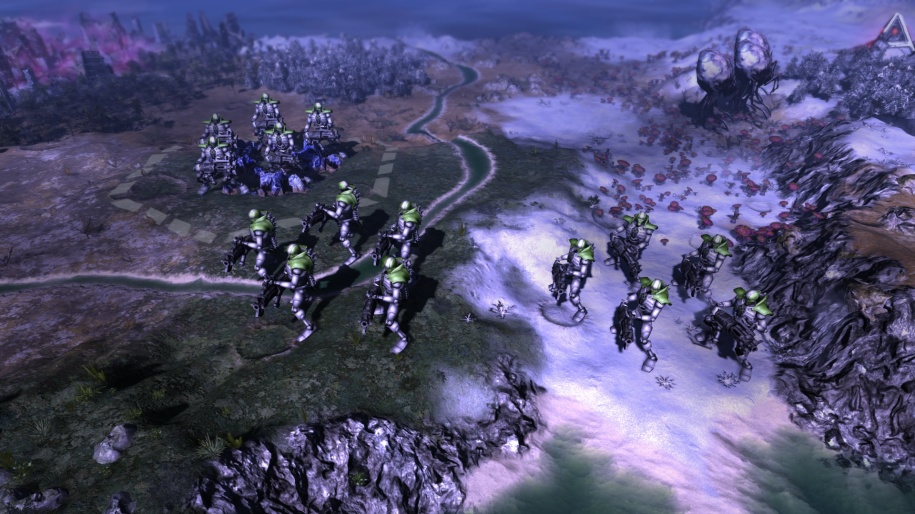 Although Gladius is a fantastic 4X strategy game, after a while things begin to become a tad on the stale side due mainly to a lack of units types as well as there being only four races (although it’s a great start).

Luckily, Slitherine has been toiling away in the background and working on new content. The first DLC is comprised of a phalanx of elite units called the Reinforcement Pack. The Reinforcement Pack introduces five new units to the battlefield; one for each of the four main factions and an additional one which serves as a neutral NPC unit.

First up is the Space Marine’s Land Raider, which is the Imperium of Man’s main battle tank and troop transport combination. When I first saw that they’d added this unit I sort of wondered why it hadn’t been included in the base game. After all, it’s the most iconic piece of armor in the entire Warhammer 40,000 universe, let alone the Imperium of Man. Since all of the other units are infantry-based units I would have strongly preferred if they introduced Space Marine Terminators but maybe the devs will add those in at a later date. 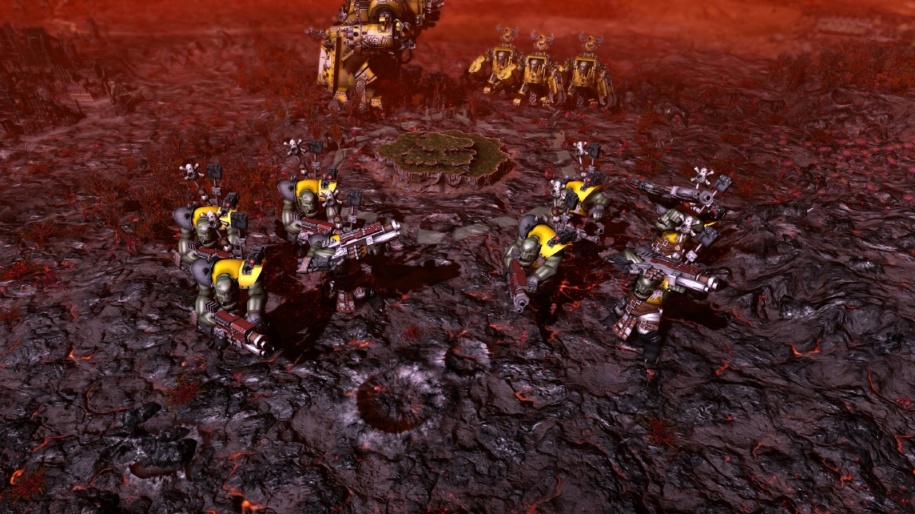 Next up is the Necron’s most loyal servants, the Immortals. These are a perfect addition to the Necron faction and welcome a solid elite unit of undead terminator-like badasses into the fray. Immortals have awaken from their long slumbers and—encased within their undying necrodermis bodies—they wade into battle carrying their devastating Tesla Carbines.

Thirdly, we have the Ork Flash Gitz. These hulking brutes carry powerful guns that can decimate entire squads of men with a single volley. Flash Gitz are at the top of the Ork hierarchy and as such, sport garish armor and “souvenirs” ripped from the bodies of fallen enemies.

Probably my most favorite of the new additions are the Tempestus Scions for the Imperial Guard. While not nearly as powerful as your average Space Marine, these “Stormtroopers” are the best the Imperium of Man’s special operations forces can field. 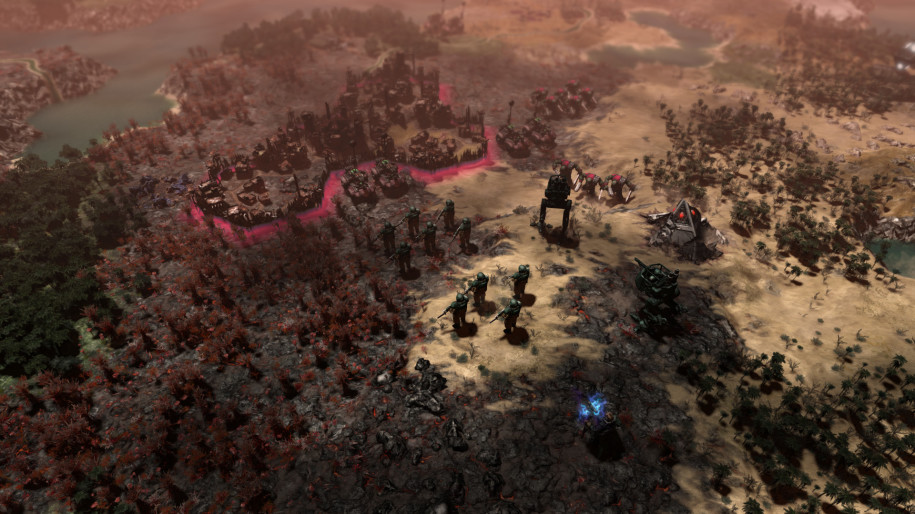 And lastly are the most curious introduction of Neophyte Hybrids from the Tyranid Genestealer Cults. These alien/man hybrids are truly malevolent creatures which wish to wage war on pretty much every other thing in the galaxy, much like their Tyranid masters. This new addition strongly hints at the introduction of Tyranids as the forthcoming fifth faction that Slitherine has recently been teasing.

The Warhammer 40,000: Gladius – Reinforcement Pack is an excellent boost to an already great 4X strategy game. It offers some new balancing elements as well as improvements to the game’s AI, and also introduces a much-needed augmentation of units to the four factions.

The Warhammer 40,000: Gladius – Reinforcement Pack features great graphics that make its 4X strategy gameplay truly shine. However, you want to have a pretty beefy gaming PC or gaming laptop in order to play it at a decent framerate. So, you may just want to invest in a decent gaming rig: