I’ve been playing strategy games since I made the conversion from table top games over to the digital realm in the 90s. Being able to not only play with friends (or strangers) online was such a new thing back then, but also having the computer roll the dice for you and take care of much of the bookkeeping freed my mind up to focus much more on strategy.

When Warhammer 40K: Dawn of War debuted in 2004 I frankly wasn’t much of a fan of it. Its point capture-style gameplay favored rushers and super-aggressive tactics which left little room for turtlers like me to take my time building up. Then Relic released Warhammer 40K: Dawn of War II a few years later, which got ever further away from the RTS elements at play in the first game, so I think I played it about 2 times and then deleted it from my hard drive. 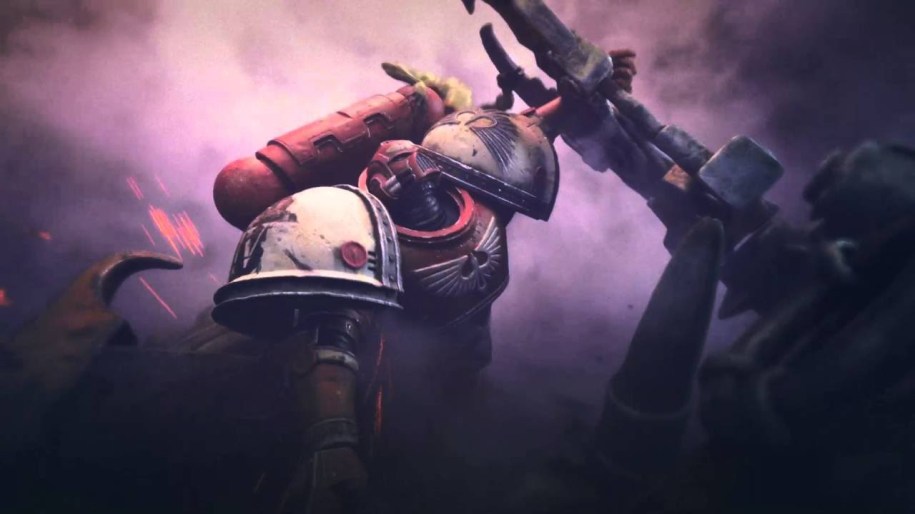 Well, I actually got back into the original Dawn of War strangely enough just recently. In 2015, a friend had mentioned the Ultimate Apocalypse mode for it, and said it was a blast to play and very different from the vanilla game. Right after playing it a couple of times I was hooked. It offered tons of new units and structures for the existing races, slightly better graphics, new maps, titans, and 3 new races. It also placed more of an emphasis on base building, and its buffed up defensive options made turtling a viable strategy.

When I first heard that Relic was working on a new Dawn of War game, I was immediately suspicious. That’s because I know that there is a rather unfortunate trend going on right now where people (mainly younger ones) want instant gratification and super-snazzy graphics—and that’s about it. Gone are the days where game companies would cater to patient types like me, who actually enjoyed carefully developing strategies and trying to outmaneuver our foes with guile and cunning. 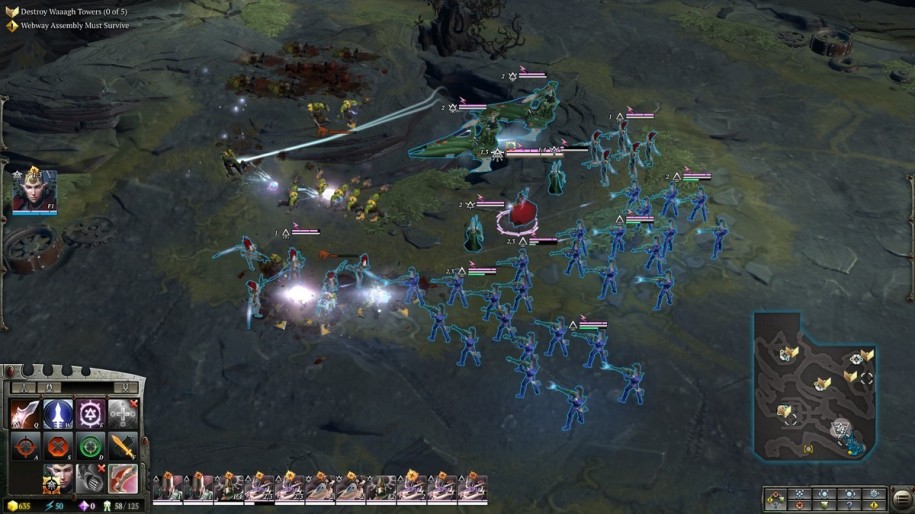 When I checked out some gameplay videos of Dawn of War III earlier this year I was promptly disappointed. I wasn’t the only one either, as there were almost as many dislikes as likes for them on YouTube. Watching the videos, I noticed how the games developers narrating them sounded similar to used car salesmen trying to sell a shiny lemon vehicle to a cadre of dimwitted teens. Many people distained the cartoonish, almost anime-style graphics (totally not grimdark as any self-respecting WH 40K game should be) of any recent MOBA, and small maps with lanes (also MOBA-like). But, I gave it a chance, as many hardcore Dawn of War fans did.

When DOW III was finally released, it pretty much divided gamers into two camps. One, which were the hardcore fans of the original DOW that I mentioned, hated it. They cited the aforementioned drawbacks but the fully released version revealed several other issues. Base building, defensive structures, cover, as well as maintaining an economy, were all virtually non-existent. They also didn’t care for the tiny maps which featured lanes, and that each game pretty much consisted of popping out as many units as fast as you possibly could, rushing in and hopefully overwhelming the enemy.

On the other hand you had a contingent of gamers, mainly tweens and newbies to strategy games, who liked DOW III’s heavy MOBA influences. They said that they enjoyed its hyper-fast gameplay, hotkey mashing, and prettified, shiny graphics. Since there was only one multiplayer game mode, which is where you have to destroy your enemy’s power core in order to win the game, your typical gaming session can be over in a flash—another plus in their minds. 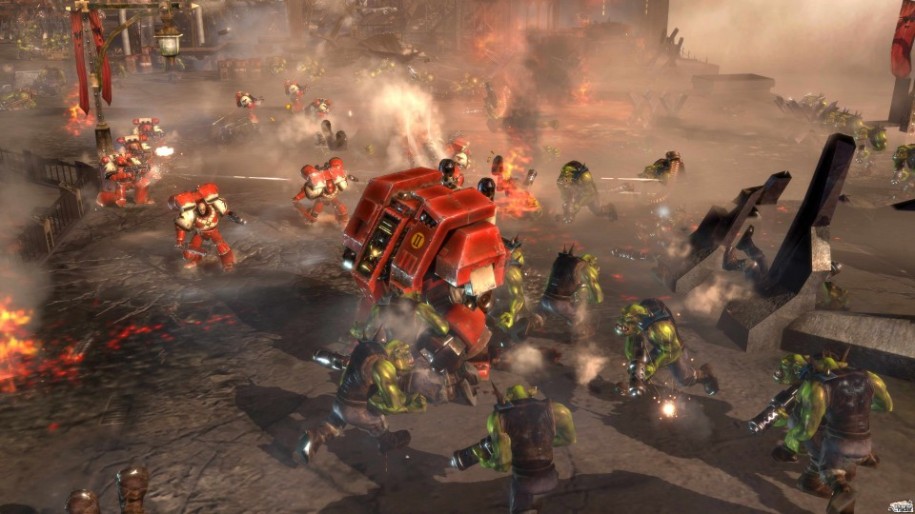 Being as an objective reviewer as I can be, I can understand both sides’ arguments. This is about as far away from the original DOW that a game could possibly be. If fact, I wouldn’t even call it an RTS at all, but a full-fledged MOBA with a tiny bit of inconsequential base building. Therefore, people looking for a deeper strategy experience may want to look elsewhere. Heck, it even makes the barebones Age of Aggression look like a grand strategy game.

What was most alarming for me right off the bat when playing through DOW III’s tutorials was that I noticed that you could no longer customize each unit’s wargear or upgrades. One of the main things that I enjoyed about DOW (and even DOW II) was that I could choose how to kit out my squads, thereby imprinting my strategy onto them, and then see how that strategy would play out on the battlefield. So for instance, if I was playing against an enemy who was spamming vehicles at me, I’d upgrade certain squads to plasma (anti-vehicle) weapons and watch those vehicles turn to molten slag. 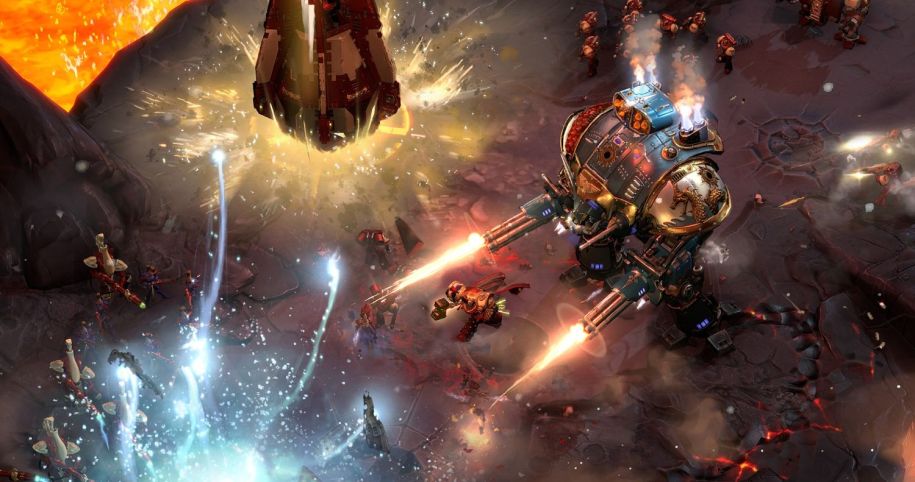 Hero units also are seriously overpowered in DOW III. Each of the three faction’s (Space Marines, Eldar, Orks) higher tiered units can obliterate legions of squads all by themselves. This makes pretty much most of your standard “frontline” units feel like little more than glorified cannon fodder, rather than the badasses they are supposed to be. Again, younger gamers and people who are into MOBAs will probably find no issue with any of these drastic changes. In fact, I view DOW III as a decent training grounds for entry-level strategists.

One thing that is impressive about DOW III are its graphics. Although it completely eschews any of the grimy grimdark aesthetics for which the WH40K universe is famous, the combat effects are absolutely stunning to watch. Each unit’s weapon looks amazing when it’s firing, and although there is strangely no environmental destruction system at play, the various effects that weapons cause look cool (even if they are temporary). Just don’t expect to see any of those spectacular sync kills in DOW III because they’ve been omitted this time around. 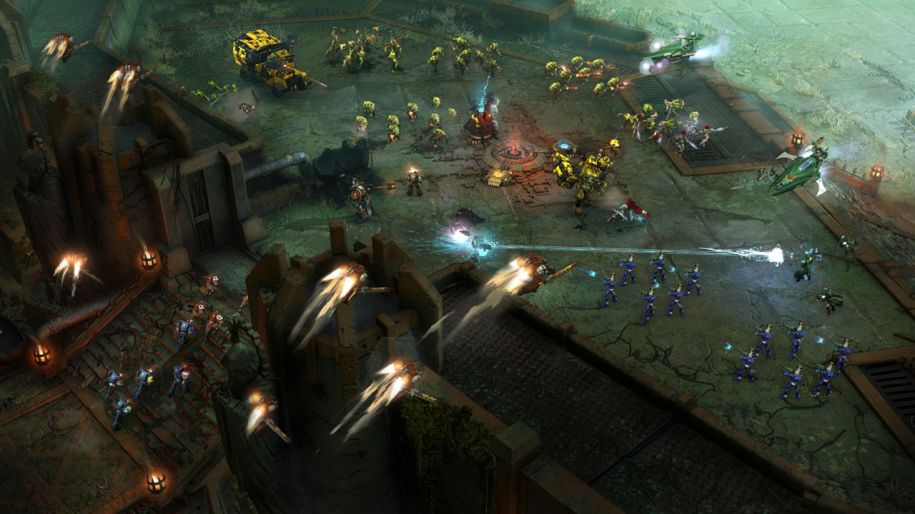 Warhammer 40K: Dawn of War III is a drastic change from the original DOW and even DOW II. While it is missing many features and gameplay elements from the previous games in the series, as an entry-level offering for younger folks it’s a pretty good option.

Warhammer 40K: Dawn of War III is loaded with great visuals that will really immerse you in its science fiction world, but you may need a powerful gaming PC or gaming laptop to play it properly, such as: