Game developer EKO Software, along with publisher BIGBEN Games, has done a pretty good job in digitizing Games Workshop’s Warhammer Fantasy franchise. I felt that their first effort, Warhammer: Chaosbane, was decent ARPG fun when it debuted back in May of 2019.

Many critics out there disagreed with me, saying that the game was rather unoriginal, generic, and overpriced for the content on hand. Since then, the game has been fluctuating back and forth on Steam reviews from “Mostly negative” to “Mixed.” 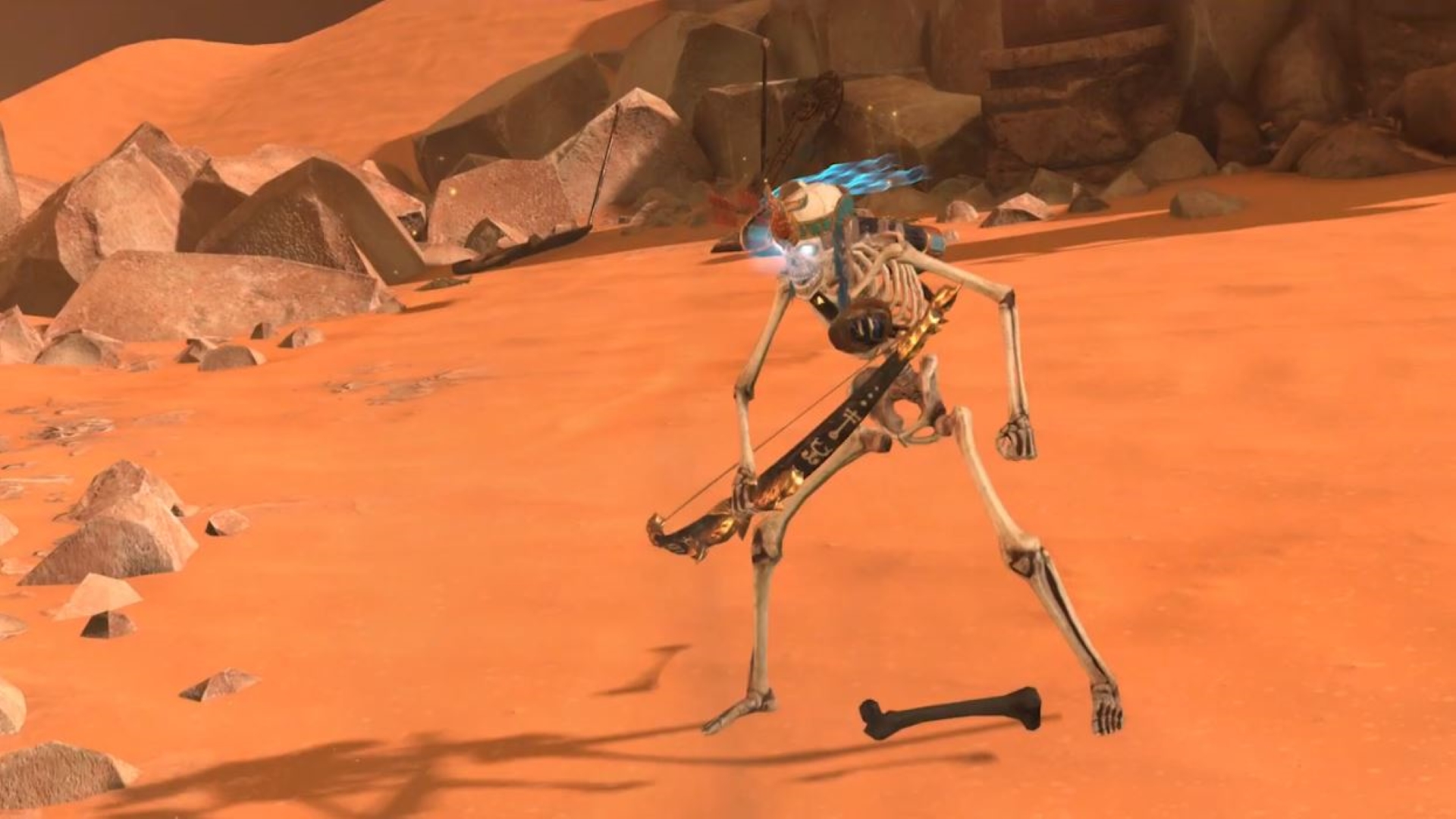 In an effort to give the game a much-needed shot in the arm, Eko Software has recently released a new DLC for the base game, titled: Warhammer: Chaosbane – Tomb Kings. One of the things that was disappointing right from the outset was the fact that the DLC didn’t include any new classes.

The new class that is apparently still in the works for 2020 is a female Dwarven Engineer, an odd choice considering all of the badass possibilities within the Warhammer Fantasy universe. People have been clamoring for such additions as a Battle Priest of Sigmar, Witch Hunter, Bretonnian Knight, or one of the many exciting Lizardman variants, so another Dwarf (and Engineer at that) seemed like a bland option.

Anyhow, since the 1.08 patch back in December, there have been some decent improvements to the overall game, and the Tomb Kings expands on those even further. Combat feels both more responsive and more fluid now; a noticeable improvement over the game’s initial release. The voice acting is also more measured now instead of being overwrought. 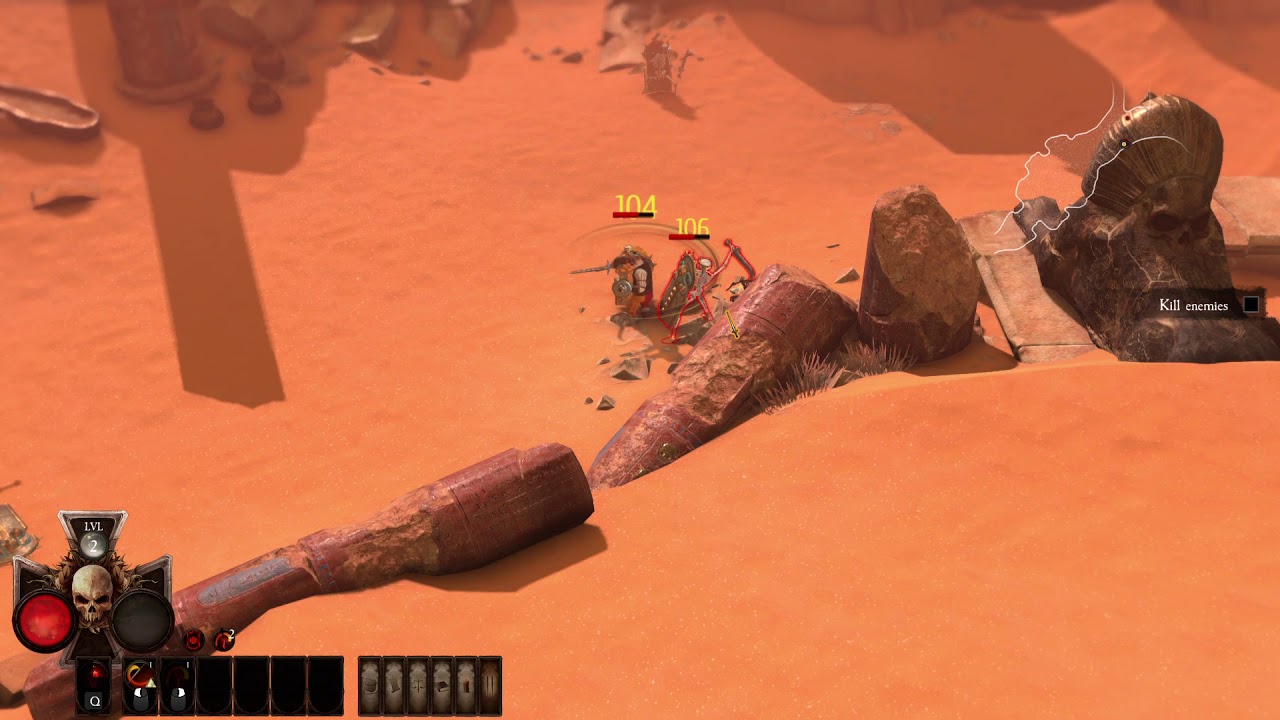 The new setting, including sand-swept deserts and crumbling crypts, all look really good and are a welcome break in the monotony of the base game’s environs. Likewise, all of the new enemy types look well done and fit right in with the lore of the Tomb Kings.

The Tomb Kings DLC doesn’t really have too much to do with the main game’s campaign. The set-up to the new storyline is pretty darn immersive and really made me excited to see what was going to come next. I’d wished that it would be similar to Forgotten Gods expansion for the well regarded Grim Dawn ARPG.

Sadly, three hours later I sat there in front of my computer screen scratching my head; I’d finished the entire Tomb Kings DLC. Just when I thought I’d hit the mid-portion of the expansion, everything came to an abrupt end. 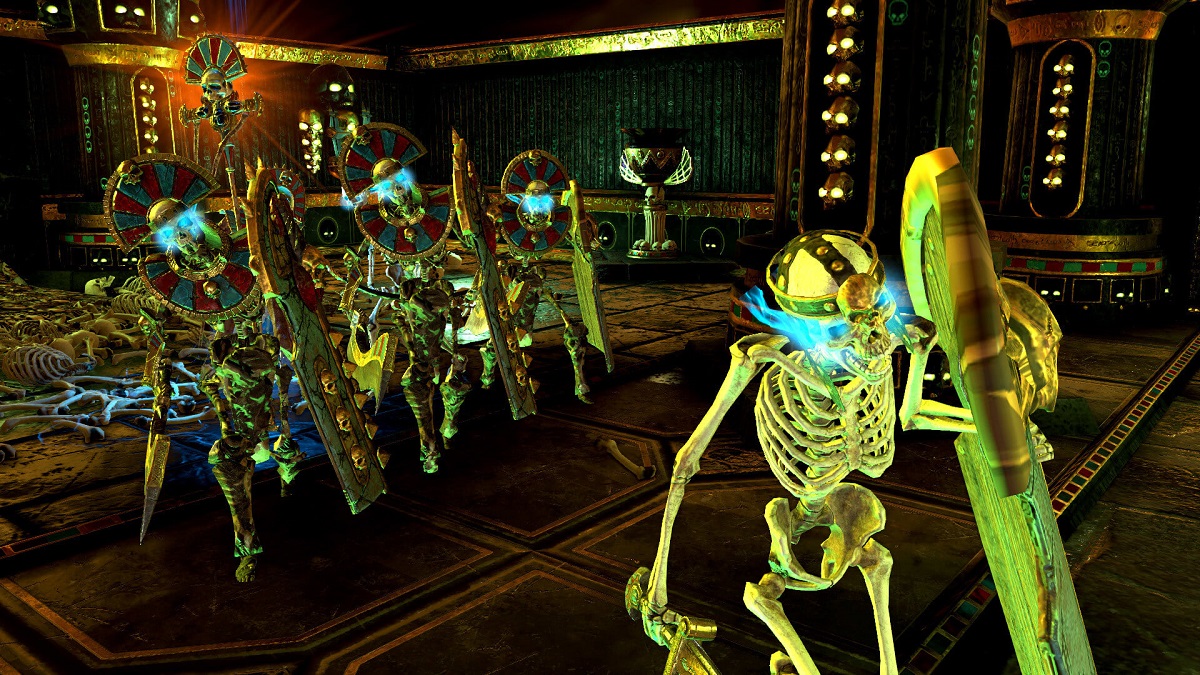 At $9.99, I can now understand why some gamers believe that the DLC is overpriced for the amount of (limited) content that is offered. Even if a completionist-type of gamer explores every nook and cranny, I couldn’t see the DLC’s playtime going beyond the four-hour mark.

There is a new game mode called Relic Hunt that allows you to purchase powerful scrolls that allow your characters to enhance loot possibilities, but it feels rather inconsequential and tacked-on. 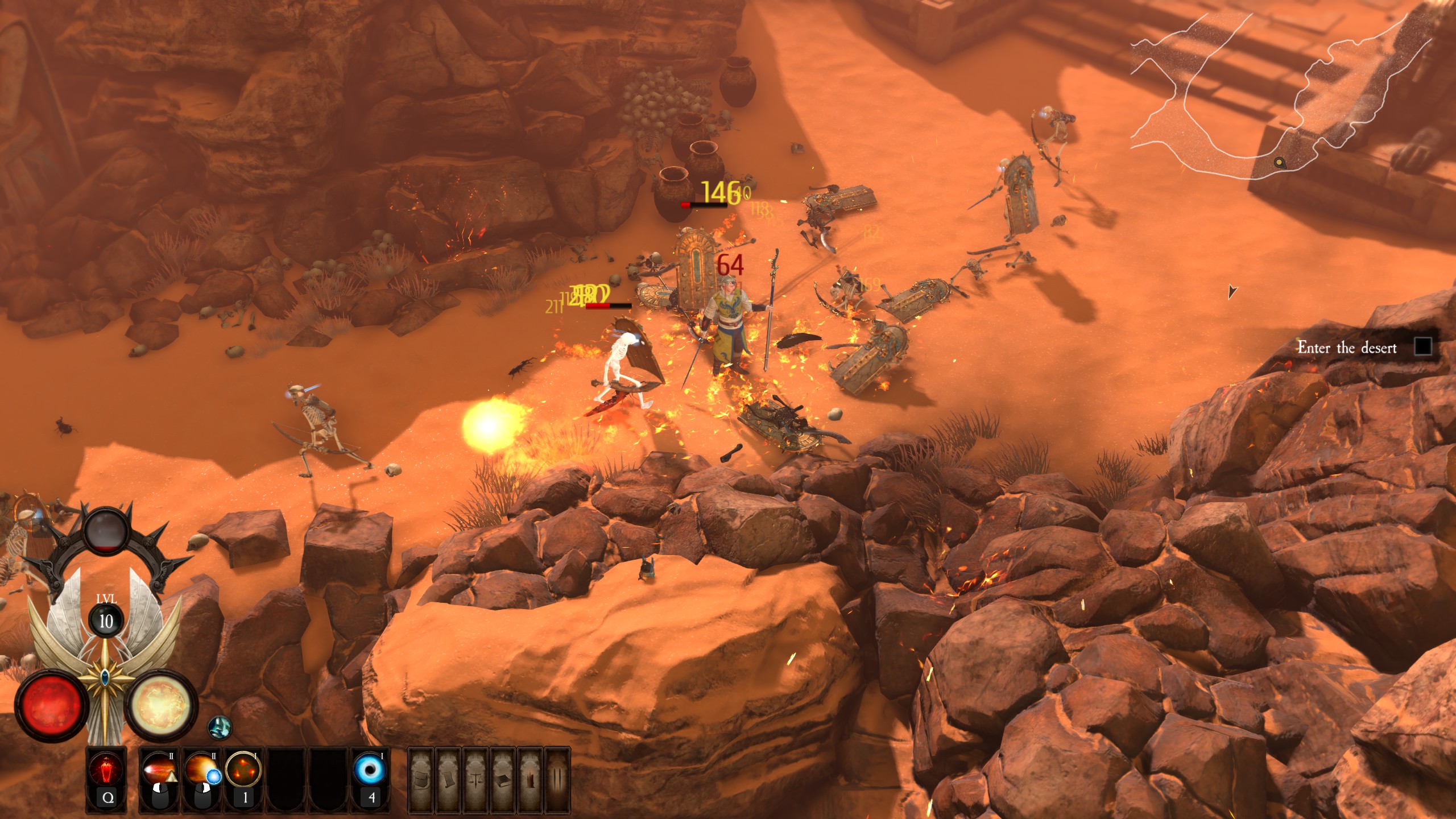 I really hope that the developers revisit the land of the dead (at a reduced price) but the way that they set the story up doesn’t make me think they will. Overall, the Warhammer: Chaosbane – Tomb Kings DLC feels like it comes up short as far as what it could have been. It’s a decent expansion for Warhammer Fantasy nerds such as myself, but I believe that other folks might want to wait for a sale to purchase it and what it has to offer.

Warhammer: Chaosbane – Tomb Kings DLC has some pretty good looking graphics that make its fantasy gameplay truly shine. However, you want to have a pretty beefy gaming PC or gaming laptop in order to play it at a decent framerate. So, you may just want to invest in a decent gaming rig: