I stared ahead, above the shiny bald pate of my stubby dwarven ranger companion, Bardin. I was playing as Markus, a human Empire soldier, war-weary and eager to return to his simple family farm. We spied a creaky staircase, the final such one at the top of a rather dilapidated watch tower, and my stout compatriot and I strove toward it with feelings of glee mixed with apprehension. 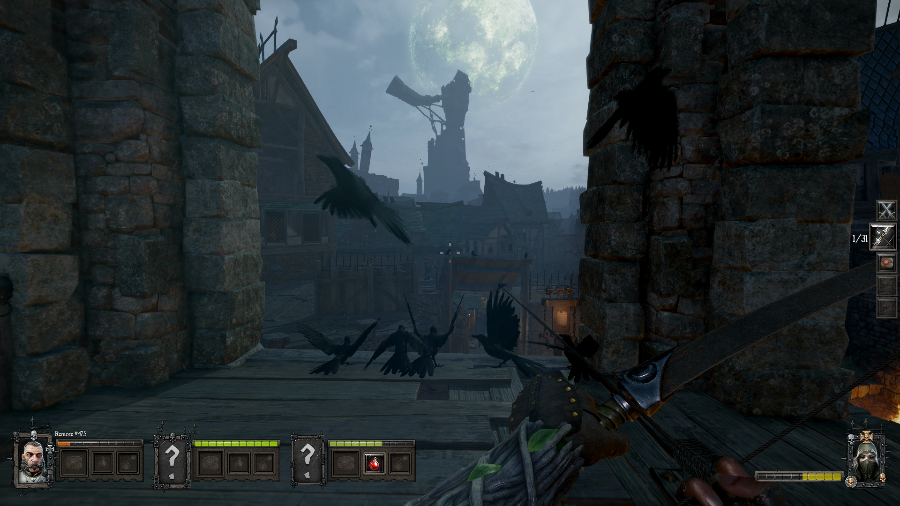 As our worn boots clomped upon the last set of stairs our eyes fell across a massive old horn; our objective had finally been reached! Bardin charged ahead and gripping the horn, pressed his lips to it, and blew. As the thunderous horn sounded, streams of dust fell from the patch-work tower ceiling. And then we waited. We’d just fought our way through small parties of Skaven—rat-men with hearty appetites for human flesh who had taken over much of the Empire of Man, but we had no idea what was in store for us…

In a matter of moments our quantum of solace was over and we heard the hissing taunts and guttural growls of the rat-beasts. Soon, every orifice of the tower was jam-packed with their filthy legions. Yes, we had successfully warned the town and its sleepy populace of the Skaven raid, but so too had the rancid ratoids been drawn to us in order to investigate the source of the alarm. 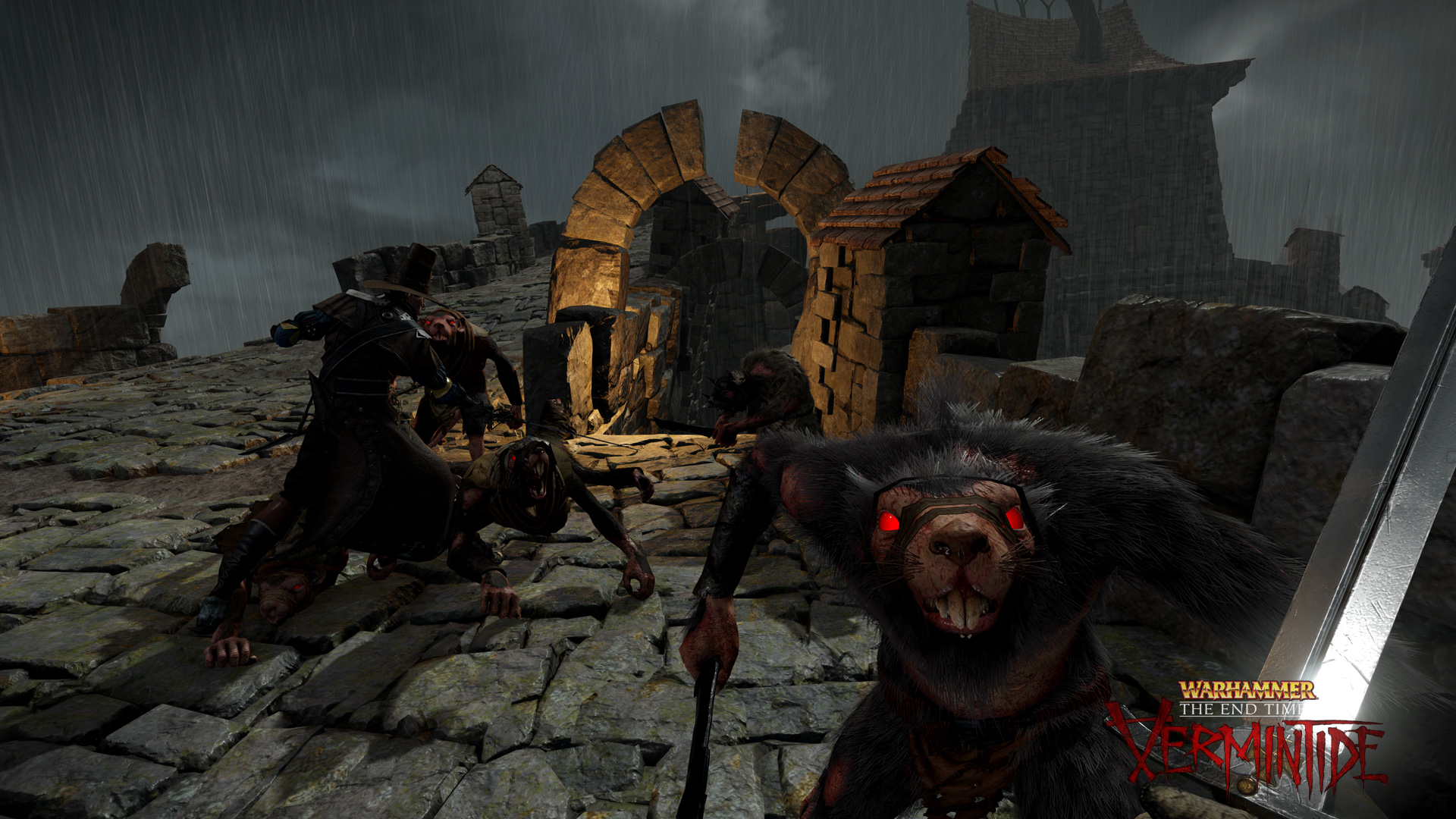 Bardin became a whirling dervish before my eyes, with his blood stained ax cleaving into our foes and trusty crossbow putting down enemies from afar. I’d only used my large maul up to that point but under the extreme conditions at hand, decided to flick my mouse wheel up—causing Markus to whip out his blunderbuss, a large hand cannon-type weapon. I turned around and spotted a gaggle of rat-men pouring through a large hole near our perch and took aim. No sooner than I pulled the trigger than the pack of red-eyed vermin were reduced to bloody gibs by a shotgun-like blast from my mighty weapon. Then, I stood helplessly as a large group of enemies bolted up the stairs toward me. My weapon wasn’t meant to be fired rapidly, I’d discovered, and required a lengthy reloading period in-between shots. The yellow fangs of our adversaries closed in on us…

If it’s any indication, Warhammer: End Times – Vermintide can have some real gut-wrenching moments. Lots of them. Vermintide is set against the End Times period of the highly-storied Warhammer universe, a time when the multitudinous rat-like Skaven seek to eradicate (who would have thought of vermin exterminating humans and other life forms?) what is left of civilization after the great Cataclysm. Players take the role of one of five heroic defenders guarding the grungy maritime town of Ubersreik in a last effort to stem the numerically superior onslaught.

Yes, this does sound like the plotline of the Left 4 Dead games; legions of unwashed enemies against only a small group of hearty survivors in an overrun land. Yes, the game is similar in many respects. But Vermintide contains a few aspects which sets it apart from being a re-skinned clone of the ever-popular Left 4 Dead series (which I guiltily play still from time to time, shhhhh…). 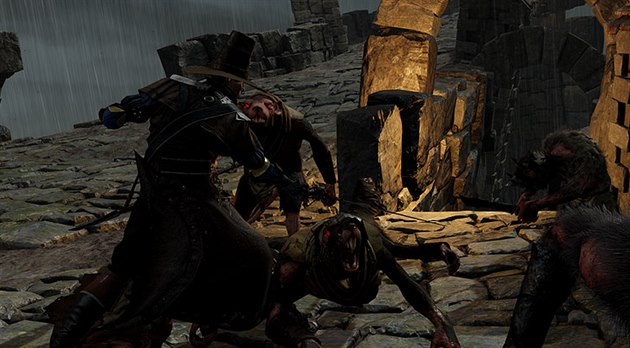 Instead of there being the same old weapons to choose from at the start of each new mission, in Vermintide weapons are more character specific, leading to a more specialized feeling. Instead of each character being a jack-of-all-trades, such as in L4D, each of the five classes in Vermintide, the Ranger, Wayfarer, Soldier, Wizard, and Witch Hunter, feature more individualized progression systems. This allows a party to adapt their strategies and fill roles between missions in order to better complement one another.

Speaking of which, being part of a party is the best way to play the game. Not only does this allow party members to revive their comrades in the field, but when the combat gets hairy, they can watch each other’s backs. The adversaries that you encounter throughout the game can literally attack you from any angle and elevation, so the more pairs of eyes on the lookout, the better. You can also rescue party members “pinned” or otherwise temporarily incapacitated by foes, just as in Left 4 Dead. 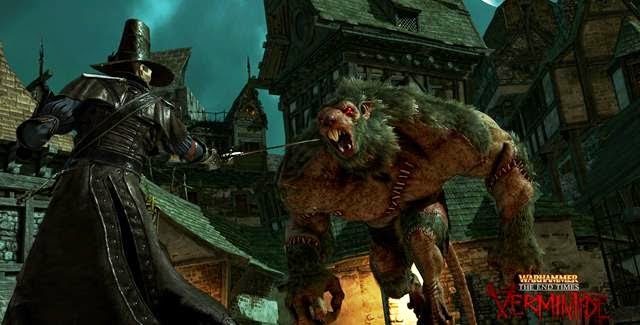 Combat in Vermintide is decidedly more melee focused than its run-and-gun undead cousin (a close cousin at that) and I’ll admit that it’s a refreshing departure. Mighty cudgels bash brains about, limbs are lopped, and gleaming swords cleave through rat-flesh with a feeling of heft, all with accompanying grisly sound effects. However, during my tour of battle (I’ve logged nearly 40 hours of gameplay) I came across several glitches that makes me think that perhaps the game might have benefited from a little more time in the beta stage. Such things as going down in areas inaccessible by friendlies so that they can’t heal you, or being pulled through walls mar the highly kinetic, fast-paced fun a little.

Also, the recent wave of political correctness in the PC gaming world rears its ugly head here, as the developers seemed to have strangely forgotten that the vast majority of gamers are male. Some guys out there might be fine that the developers purposefully designed the females characters to be unsexy (since in some circles it’s naughty to appreciate the female form), but having a maximum party size of four, and making two of the five characters female means that the fourth guy has to play a female. I’ve heard complaint after complaint during multiplayer matches, from those particular guys who get stuck playing the female character as many males just don’t like playing female game characters (there are a few exceptions such as Tomb Raider). Some of them also couldn’t initially determine if the female Elven Wayfarer character was even male or female or perhaps both. 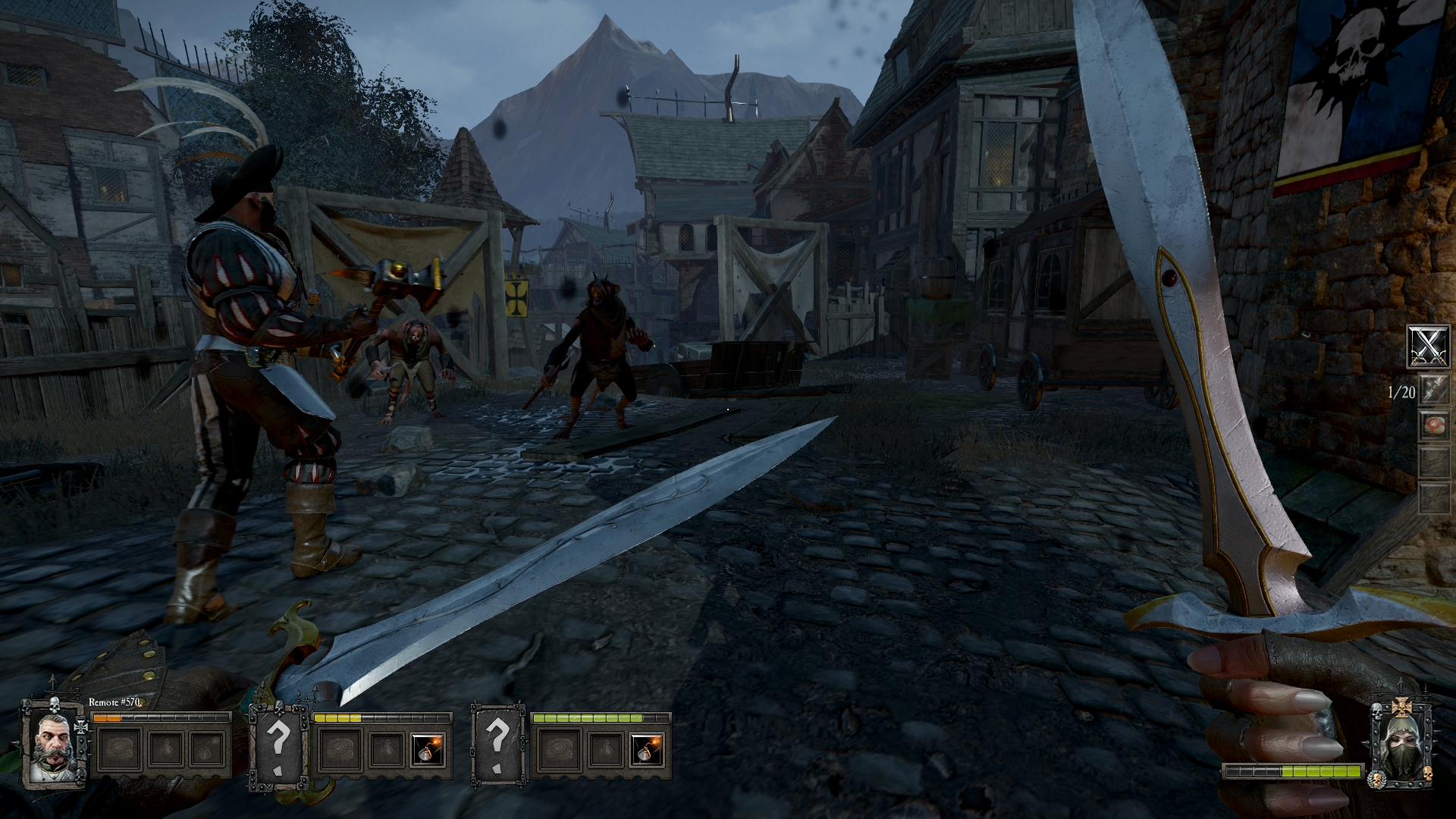 Overall, I found Warhammer: End Times – Vermintide to be a pretty fun ride. It has gorgeous graphics (especially for 4k gaming folks), excellent sound effects and music, and chaotic, hyper-fast melee focused gameplay—oh, and plenty of gore for all of the blood-thirsty types. If you don’t mind its few drawbacks and just want to wade into snarling legions of soiled, mutated rodents, take it for a spin; you just might like it. 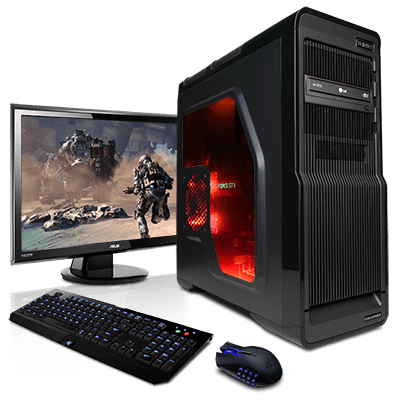