Warhammer: Vermintide 2 – Back to Ubersreik
Fatshark

Not too long ago I reviewed Warhammer: Vermintide 2’s first DLC pack called Shadows Over Bögenhafen. In that article I talked about how the first Vermintide game surprised me (back in 2016) with how good it was. I also touched on how fantastic its sequel, Vermintide 2, turned out to be (in spite of such a rocky launch).

Not one to rest on its laurels, game developer Fatshark has recently released Vermintide 2’s second DLC pack, titled Back to Ubersreik. As you’d probably guess from the title, this latest DLC doesn’t forge ahead and cover new ground as Shadows Over Bögenhafen had, but rather revisits some of the old haunts from the original Vermintide. 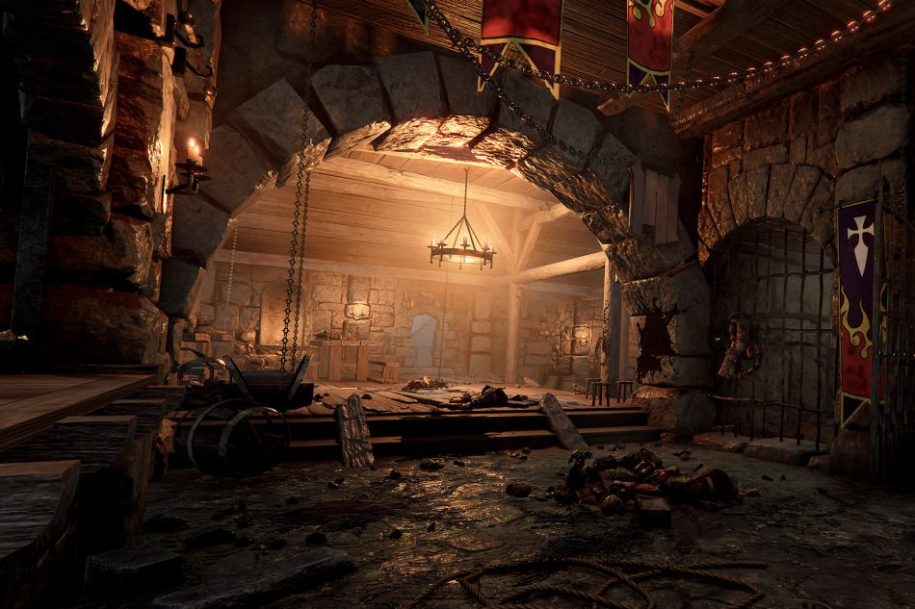 There are three levels on offer in Back to Ubersreik, namely the Garden of Morr; Machines of War; and The Horn of Magnus. When I first fired up this new DLC I half expected to see the same old levels featuring, well…lots of same-y-ness. Instead, I found Fatshark’s remastering of the levels simply amazing.

The DLC’s plot revolves around some murky dealings going down in Ubersreik. One of the town’s residents just so happens to be the Kislevite-born, shadow witch known as Oleysa, and she’s not quite happy with the situation that has befallen her once-quaint hamlet. 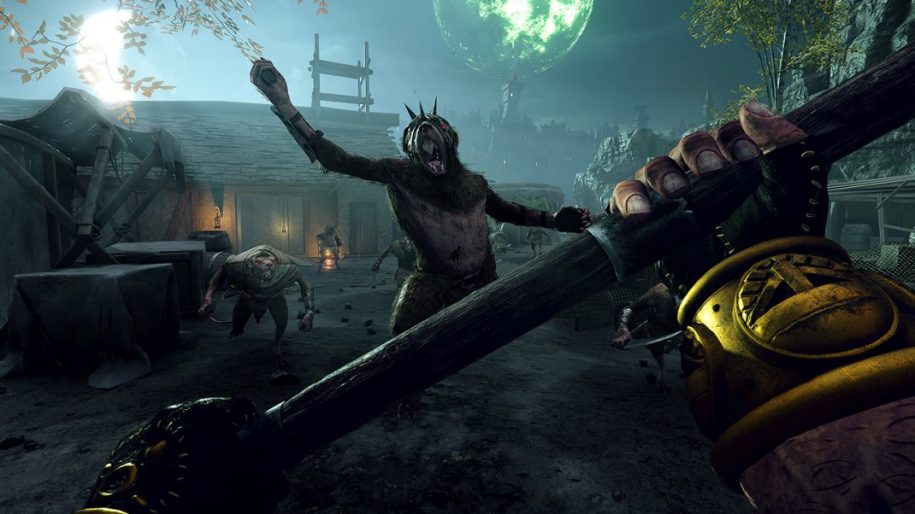 A joint Chaos and Skaven assault has been launched on the town and Oleysa now reaches out to the five heroes of the Vermintide series in order to defend the area and ward off the siege. Of course, it won’t be easy.

In order to pull their defense off successfully, our heroes will have to seek out and acquire three mysterious Ubersreik runes (one each located within each of the three levels). There are also many other secrets and hidden treasures for our intrepid champions to discover within the levels.

During my play through, revisiting the three Ubersreik levels never felt tedious or stale, even though I’d played the heck out of the original ones back in 2016. That’s because not only have the developers done a superb job of remastering them, visually, but the new Chaos enemies add a brand new layer of freshness to the pitched battles and bloody struggles transpiring within the fractured place. 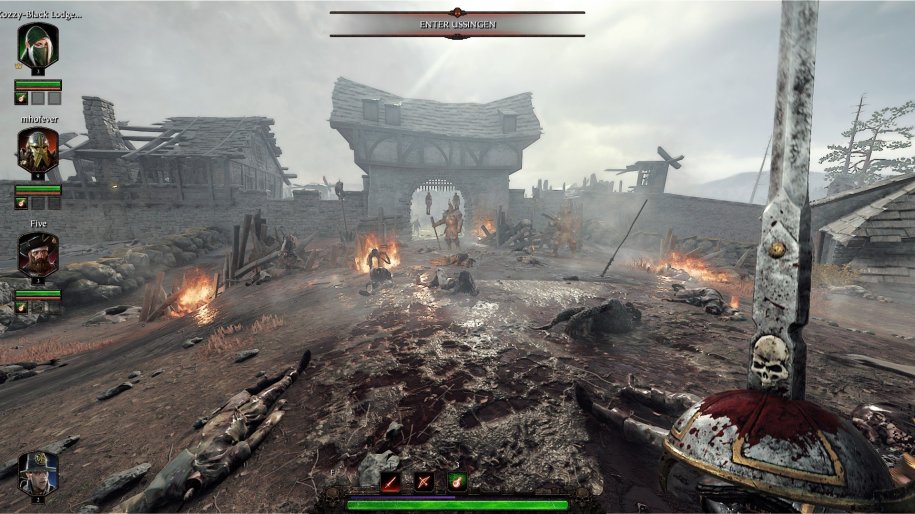 To my delight, I soon discovered that all three of the new/old levels require enhanced teamwork if you are to survive as a party. The days of running off on your own are over, since that will get you killed even more quickly than in the past.

If you happen to successfully obtain all three of the well-hidden runes, you’ll open up a secret fourth level which will take all of your wits and combat readiness to survive. No spoilers will be revealed here but let’s just say that this final showdown is quite climactic and almost gives a cinematic vibe to everything.

One of the most striking additions available to our returning cast of heroes are definitely the new weapons available for each of them to utilize. There’s the new, hard-hitting crowbill for Sienna that can really law waste to even heavily armored targets; a wickedly sharp axe for Kerillian; and duel-wield hammers for Bardin which enable him to smash wide swaths through the throngs of ratmen and Norscans alike. 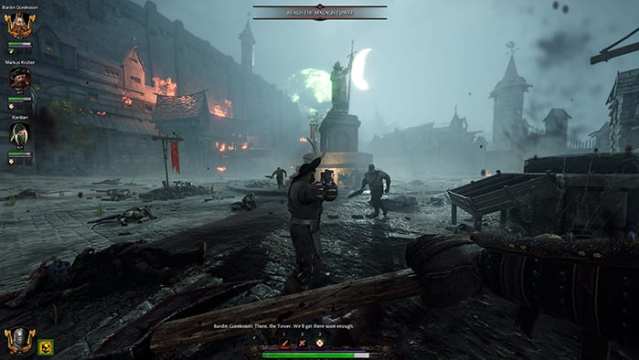 Warhammer: Vermintide 2 – Back to Ubersreik is a fantastic DLC that makes the old new again. Adventuring though (okay, actually smashing and slashing though) the remastered levels from the first game with the five re-actualized heroes, along with their new weapons and abilities—not to mention the new enemy types—is truly more than any hack n’ slash geek could wish for.

Warhammer: Vermintide 2 – Back to Ubersreik features pretty great graphics that make its fantasy hack n’ slash gameplay truly shine. However, you want to have a pretty beefy gaming PC or gaming laptop in order to play it at a decent framerate. So, you may just want to invest in a decent gaming rig: