Japanese developers Omega Force really know what they’re doing when it comes to the Musou gaming genre. For those not in the know, a Musou game basically equates to a semi-open world beat-em-up, or hack n’ slash game. You jump into the game, pick your character (usually from a very bountiful roster) and then proceed to spawn in and wipe the floor with literally thousands of cannon fodder enemies.

There are also boss battles from time to time, but they are not as pronounced as say, your average Dead Souls-type experience. Musou games are sort of a power fantasy where you plow through hordes of foes which seemingly have rocks for brains. Since not much in the way of strategy is involved in these games, as far as how you approach each hostile encounter, they basically boil down to pure mindless fun. 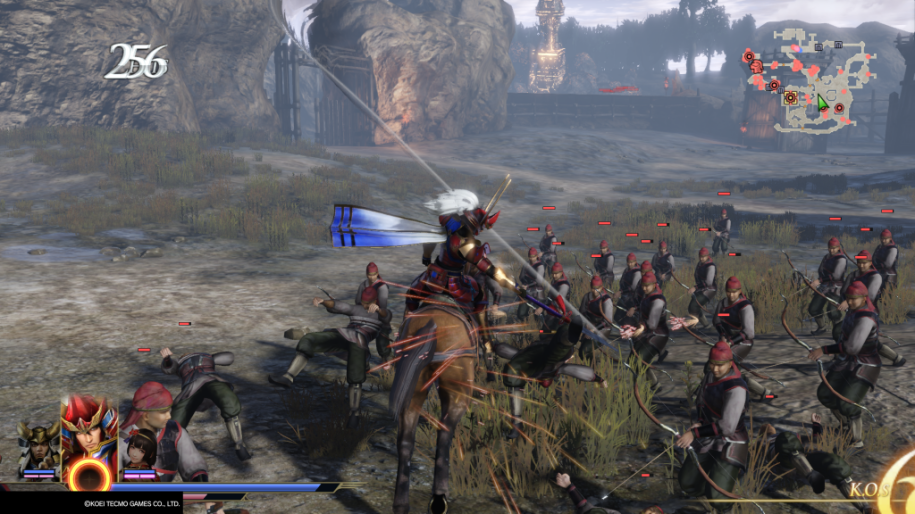 Omega Force has done a great job of expanding their Warriors series by collaborating with other franchises, such as the oddly fun title Dynasty Warriors Gundam. They’ve even built their own kingdom management simulators around the series with titles like Dynasty Warriors 8: Empires. However, one of their more recent offerings, Dynasty Warriors 9, received a rather luke warm critical reception. Which begs the question: Does this team still have what it takes to give their fans what they want?

Their latest project, Warriors Orochi 4, is an interesting beast. It combines the entire Samurai Warriors and Dynasty Warriors cast, which may seem bloated at one-hundred and seventy characters in all, but hardcore fans of Musou embrace this sort of variety. Are these characters all that different from one another? Not really. But each one does have slightly different move sets based on the weapons they wield and skills possessed.

One of the main attractions of Warriors Orochi 4 is being able to traverse absolutely gigantic battlefields while meting out death and destruction upon hundreds of enemies at a time. You can also switch between three different types of characters on the fly, and depending on what kind of enemies you are facing at that point in time, can tailor your attacks accordingly. This offers a little more strategy than the average Musou title from the outset. 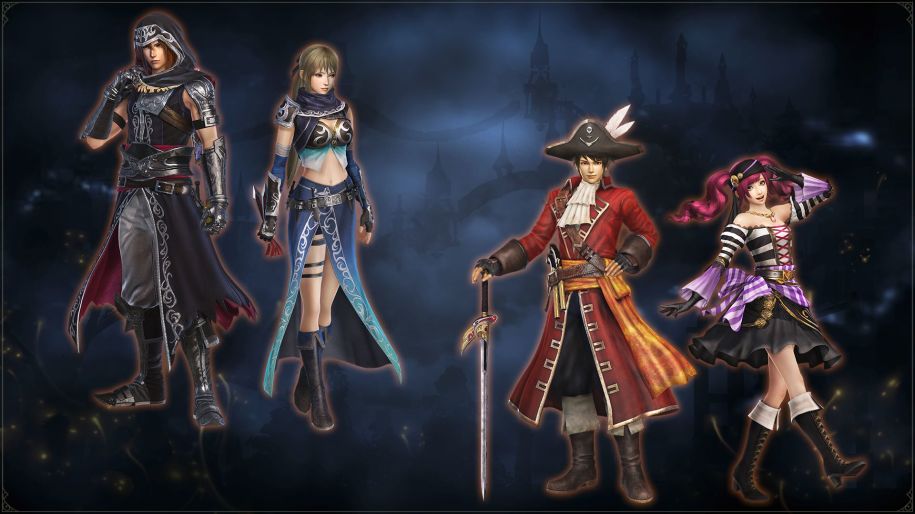 Warriors Orochi 4’s story is literally all over the place, which is typical of these types of games and pretty fun to behold. Somehow, the Greek gods have smushed together the Chinese and Japanese worlds of Dynasty Warriors and Samurai Warriors, respectively, and have bestowed upon their heroes all kinds of obnoxiously powerful abilities.

The hilarious thing is that the game plays the storyline completely straight. Now you might be thinking: “Hmmm…does my favorite character get a little love and actually get to speak a few lines throughout the game?” Probably not. But that doesn’t really matter to fans of the genre anyway, and Warriors Orochi 4 doesn’t waste time getting down to the nitty-gritty of what it’s really about.

While character’s normal attacks are pretty spectacular on their own, the ability to switch between three different characters—each with their own move sets—means that you can unleash some serious carnage on your adversaries. Want to teach that pesky enemy captain a lesson? Get a combo going with one of your heroes and then quickly switch between your other two while continuing a constant onslaught on your hapless foe. 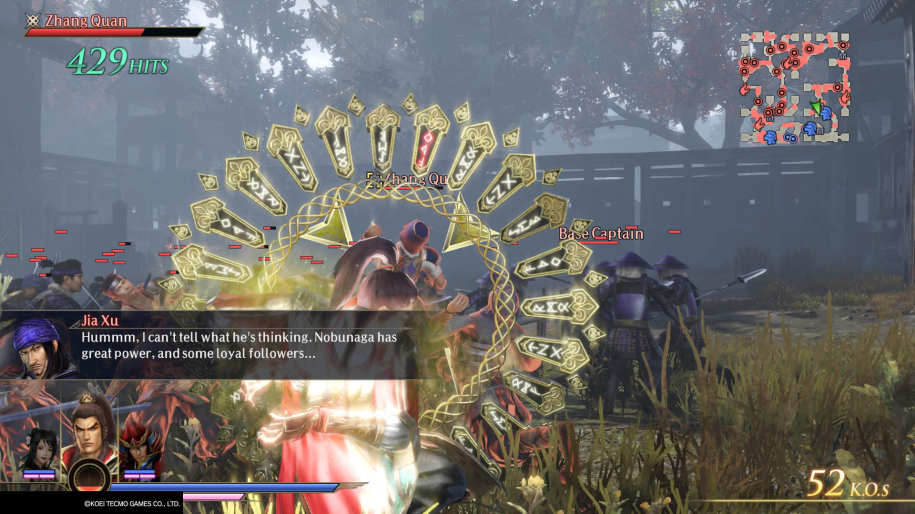 While these three-on-one combos are pretty impressive against a single opponent, they aren’t quite as spectacular versus the poor rank-and-file saps. And that’s where magic comes in. While using your character’s abilities, you’ll be able to charge up a magic meter. Once it fills all the way up, you’ll be able to really unleash a load of mega-buttwhup on all of those puny underlings.

We’re not talking little ol’ magic missiles or even fireballs here. We’re talking about transforming one of your heroes into a gigantic flaming bull that runs through flanks of soldiers and gores them on its fiery tusks (I guess some bulls have tusks). Or, if that amount of carnage isn’t adequate enough, how about unleashing a massive tidal wave that sweeps all of your enemies clean off of the map?

Warriors Orochi 4’s visuals are pretty good. Weapons flash around through the air and leave trails behind in their powerful arcs; magical abilities are stunning to behold in their radiance and splendor; and environments fit their respective cultures. However, with all of this graphical goodness lighting up the screen, you can expect to see a few frame drops and screen tears here and there. 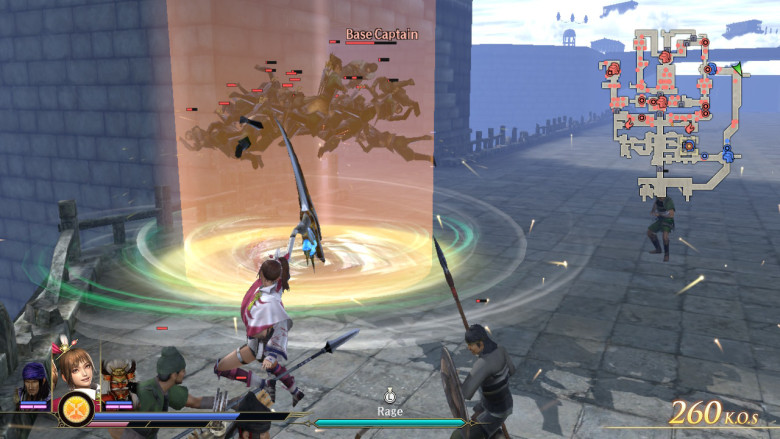 In all, I feel that Omega Force and publisher Koei Tecmo have done a pretty good job of rejuvenating a rather stale genre with Warriors Orochi 4. Being able to switch between characters as well as having the ability to utilize magical spells is well implemented, and any fan of the genre, or action games in general should definitely check it out.

Warriors Orochi 4 features great graphics that make its Musou gameplay truly shine. However, you want to have a pretty beefy gaming PC or gaming laptop in order to play it at a decent framerate. So, you may just want to invest in a decent gaming rig: