I get all misty thinking about the classic XCOM games of old. I mean, let’s think of the concept of the original series for a moment. In the series’ backstory, people from all over the world report seeing various types of UFOs skimming through the skies overhead in increasingly larger numbers, and formerly fantastical tales of alien abductions become more substantiated as thousands and thousands of people begin to disappear.

Each nation with the financial means to do so, creates special quasi-military forces to counter the rising alien threat, but are largely unsuccessful on their own. But when they all meet at a convention in Geneva, they strike a collective deal to ally with one another and face the threat together. They form the clandestine defense and research organization Extraterrestrial Combat, AKA: X-COM. For the first time ever, this international force has a chance of defending Earth against the increasingly dangerous alien invasion. 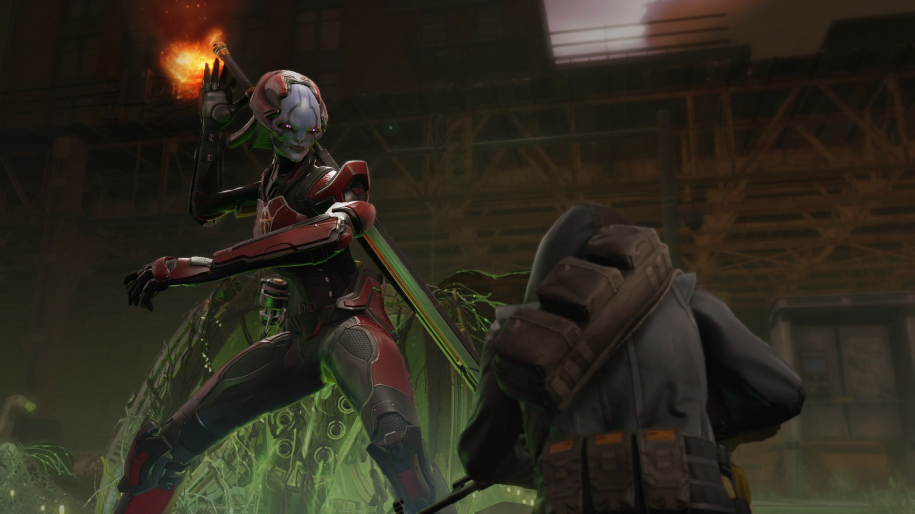 1994’s UFO: Enemy Unknown, had a massive impact on the video gaming world. I have to admit that I played the original game to death—it was a mix of squad-based tactical combat, turn-based strategy, and the ability to research the alien’s technology and fight back at them with it. These factors made it super-addictive to say the least. I did play the two subsequent games, 1995’s X-COM: Terror from the Deep, and 1997’s X-COM: Apocalypse, but they just weren’t as impressive as the original (although they were still fun).

The series experienced a recent reboot, with 2012’s XCOM: Enemy Unknown, which of course I had to try out. The new version was pretty darn fun, but still felt sort of constrained. Luckily, we more discriminating gamers had access to the incredible mod called The Long War, which allowed us to get the most out of the experience. The reboot spawned a sequel, 2016’s XCOM 2, which had promised to take the series to new heights of glory.

For me, XCOM 2 has been somewhat of a mixed bag. Although it has the classic turn-based tactical gameplay which made the original series so great, it felt a little soulless. And even though the graphics were outstanding, it just seemed to me to lack that special magic that made UFO: Enemy Unknown so fantastic. I just couldn’t put my finger on what was missing. It didn’t help that Firaxis Games incorporated a silly timer for each mission, making it difficult to execute careful strategies in the face of highly limited amounts of time. I mean, wasn’t the original series turn-based so that we could take our time and cautiously plan out our battle strategies? I wonder what the original creator of the X-COM franchise, Julian Gollop, thinks about these changes (he’s now designing a new alien threat game, Phoenix Point). 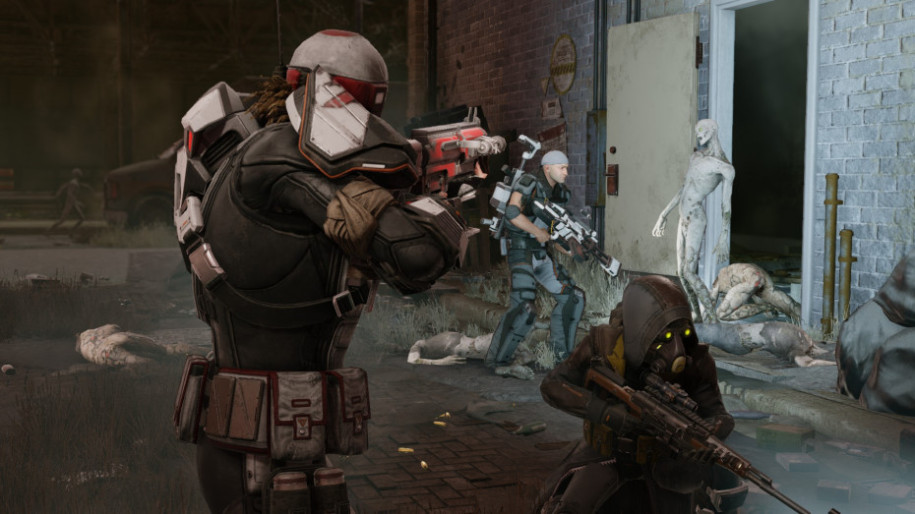 Since Firaxis realizes that it has pretty much cornered the market in terms of squad and turn-based tactical combat (what happened to the Jagged Alliance series?), so of course they have to keep making DLC for X-COM 2. X-COM 2: War of the Chosen is the latest DLC, and boy is it a whopper. War of the Chosen offers so much new content that it almost seems like a sequel rather than a DLC.

Let’s start with the titular Chosen themselves. The Chosen are three super-aliens that come to be the arch nemesis of the player’s X-COM forces. This time around they’re not just responding to your attacks—they’re actively coming after you, X-COM’s commander. These three new foes take the form of the Assassin, who is super-quick and is also immune to melee attacks; the Hunter, who can kill you with one shot from across the map; and the Warlock, a sort of quasi-necromancer who can summon hordes of undead like minions called the Lost. 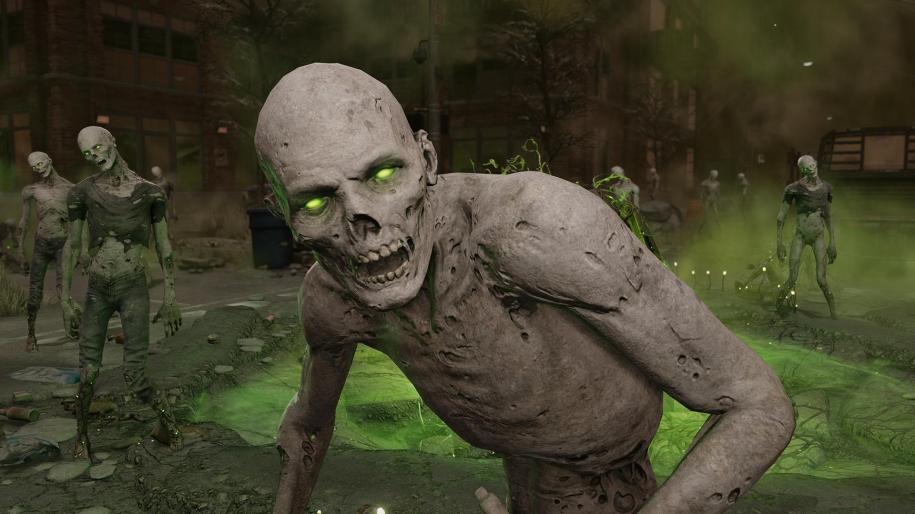 In X-COM 2, we got our first taste of the Resistance. However, they seemed more like place holders back then compared to how they’ve been fleshed out in War of the Chosen. Now we have three new factions to play with, and each one has its own special hero unit that you can take to the battlefield with. Reapers are stealthy, long-ranged sniping specialists; Skirmishers are tank-y melee juggernauts; and Templars are dual-blade wielding psionics who get stronger with each alien foe they kill. These heroes pretty much mirror the new alien menaces they face. These new factions also come with their own individual set of special missions.

Although War of the Chosen’s gameplay is pretty much the same, there are a few minor changes. There are new types of alien foot soldiers to deal with, additional base structures to build, and a few new weapons to boot. There is also a new game mechanic that players will have to come to grips with: Stamina. The longer your troops are in the field, the more tired they will get over time. Utilize them too much and they will be forced to rest for several days. This forces you to develop a more well-rounded force of XCOM operators that you can rely on, as opposed to taking the same troopers out on missions repeatedly. 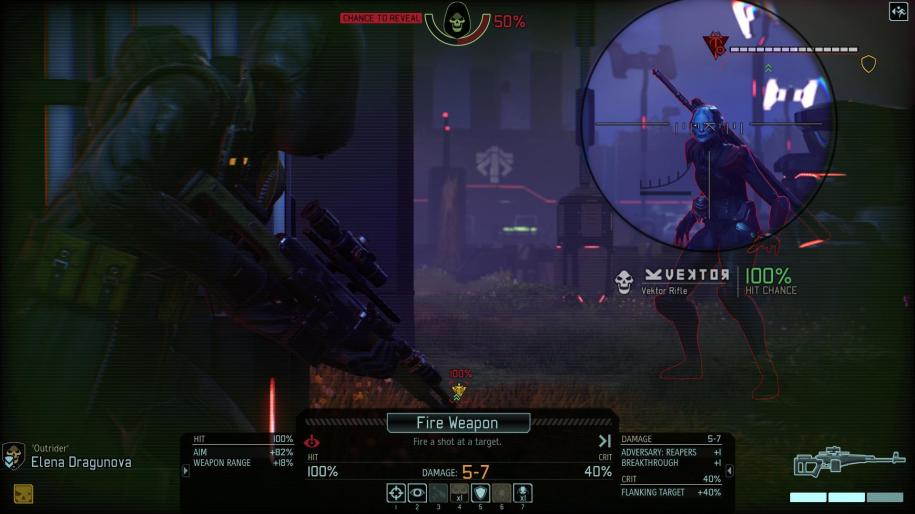 One thing that was interesting about the three alien bosses is that their weaknesses change from game-to-game. This allows for more of an incentive to replay the game, since you’ll never know what to expect. Although these main enemies may seem overpowered at first, each of them is susceptible against certain types of weapons, and it’s up to you to figure out which ones those are.

Unfortunately, the timed-mission feature is back. This mechanic is so annoying that it can really ruin an otherwise fun gaming experience. For instance, there were many times when I played missions that were so restrictive, time-wise, that I had to rush through swarms of aliens while dropping flashbangs in my wake. Needless to say, this resulted in many X-COM casualties that could have been avoided had I been afforded more time to execute my strategies. 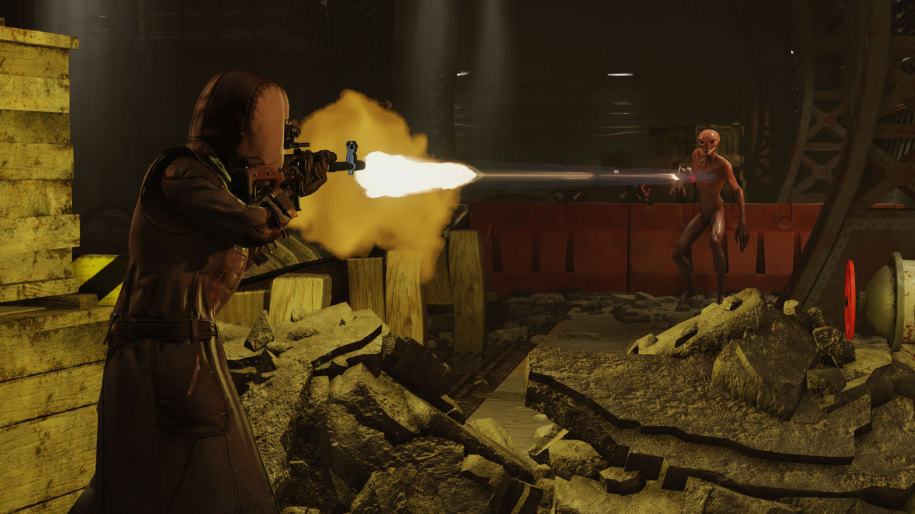 X-COM 2: War of the Chosen is a pretty decent DLC, which offers lots of new content to an already pretty expansive gaming experience. However, those who dislike time limits (like me) or who are sort of tired of the “alien invasion” plotline, may be a little disappointed.

X-COM 2: War of the Chosen features great graphics that make its science fiction theme come alive. However, you want to have a pretty beefy gaming PC or gaming laptop in order to play it at a decent framerate. So, you may just want to invest in a decent gaming rig: