The XCOM franchise is legendary among gamers and even known by some non-gamers. Its brilliant blend of tactical isometric combat, coupled with strategic elements where you build up your alien-hunters’ secret base, is truly addictive. It’s so great that there have been many games that have tried to duplicate its mechanics, but none have succeeded (although personally, I liked Phoenix Point).

Billed as not being a full sequel to 2016’s amazing XCOM 2, developer Firaxis has assured everyone that their latest game, XCOM: Chimera Squad, is a stand-alone affair.

XCOM: Chimera Squad feels as though it shares many of the game mechanics that make XCOM…well, XCOM. However, it both adds a few new things and also pares many of the features that you’d expect in the typical XCOM formula.

The game’s backstory is set 10 years after the closing events of XCOM 2. The big twist with XCOM: Chimera Squad is that instead of taking command over a customizable group of elite mercenaries, all of the characters on hand are pre-made. Each of these new avatars are humans, aliens, or hybrids of both, and they all possess their own individual personalities and abilities.

Instead of fighting off hordes of evil extraterrestrials, this motley crew of mercenaries has been tasked with defending the enemies of City 31, whether foreign or domestic. An uneasy truce has been struck between the former alien invaders and humanity. 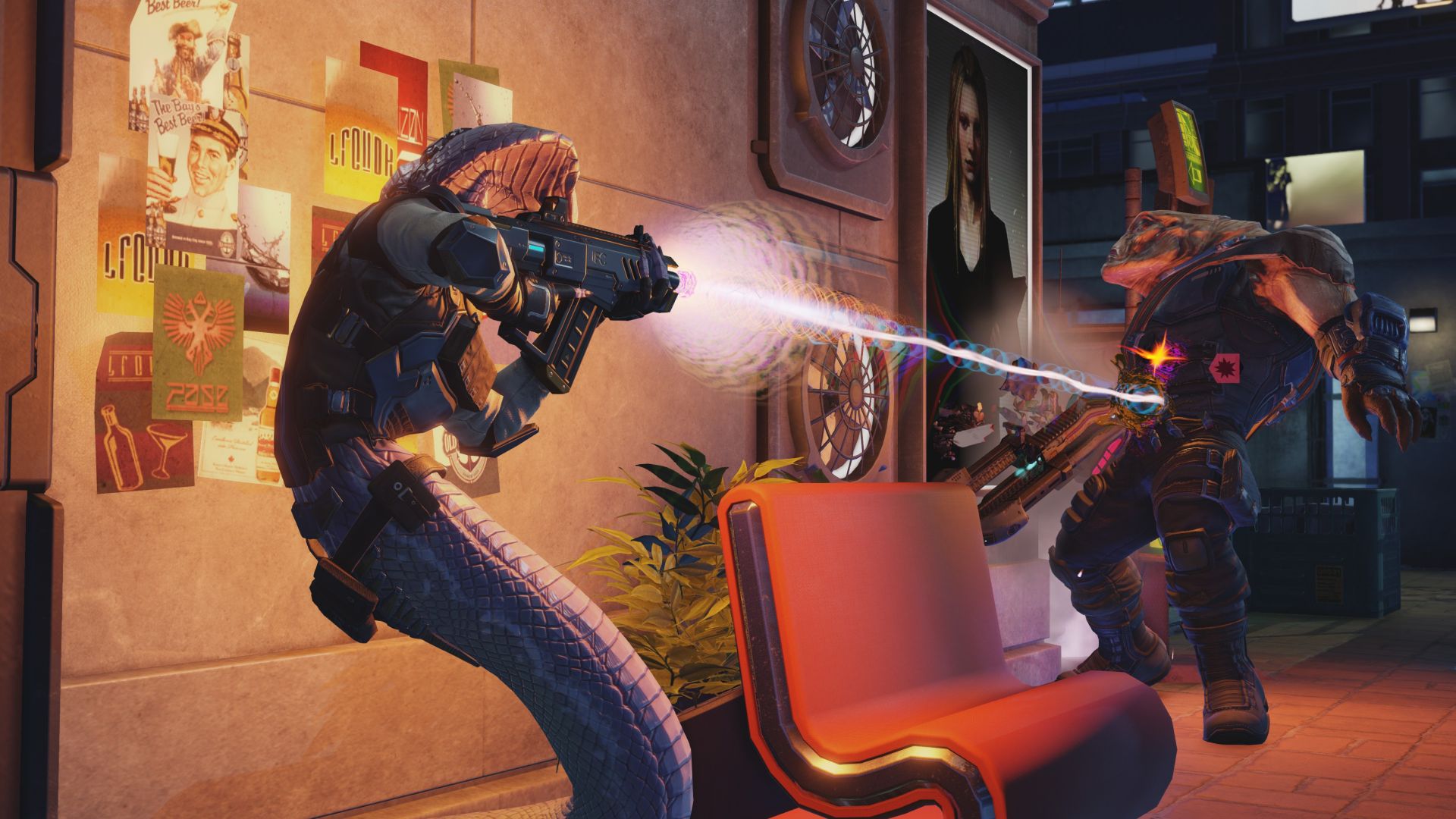 Whereas in previous installments within the series, everything was darker and more sinister, XCOM: Chimera Squad has a much lighter that I could see appealing to youngsters. I finished to game’s main campaign in 20 hours or so and was able to witness its more colorful cast of characters, cutscenes, and attempts at witty banter, some of it of the woke kind (which is obviously strange in a science fiction setting).

Truth be told, I’m a little torn about this new version of XCOM. On one hand, it’s pretty cool to have fully-fleshed characters that fling all sorts of silly jokes at one another. On the other, I really miss being able to make my own characters and then role-play them myself. The latter allows you to world-build along with what the developers started with, and imbue your customizable avatars with whatever personalities you wanted.

It’s also what makes an XCOM game a sort of a rogue-like experience since the various high-stakes missions would usually end with some (or in really bad cases, all) of your hand-made mercenaries dying (the characters of XCOM: Chimera Squad aren’t able to permanently die). Here, you’re fighting for City 31 to live not your squad.

On a brighter note, the abilities of your newfound extraterrestrial squad mates allow for some pretty wacky combat encounters, not the least of which is due to their individual special powers. This spices things up a lot because you can engage in some really usual tactics with your squad’s foes. 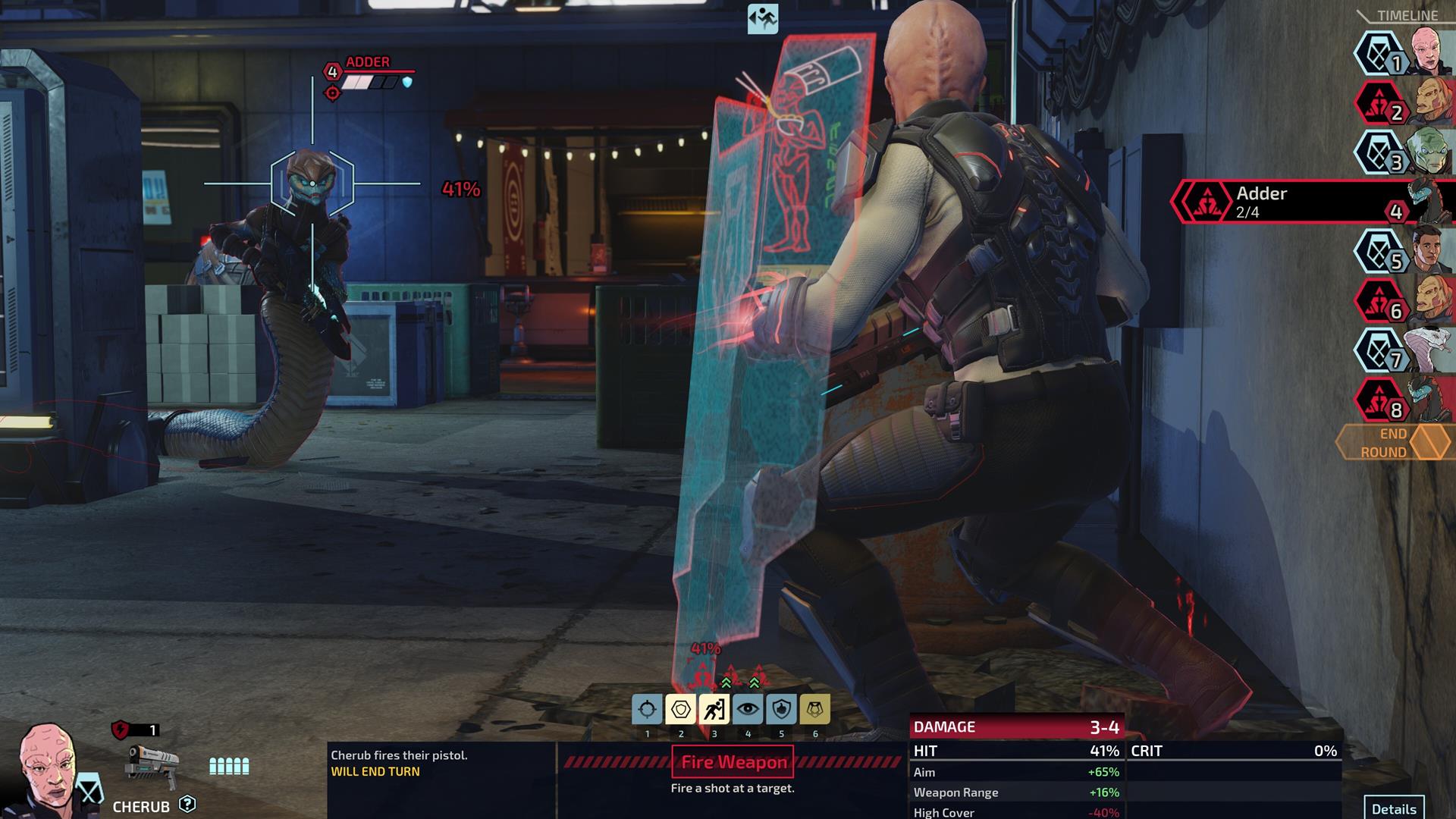 In the end, XCOM: Chimera Squad feels like a beta test of sorts for things that might be coming down the pipeline. In my humble opinion, the perfect thing to do would be to still allow players to customize their own characters, but also be able to design them with some of the outrageously odd (and fun) powers and abilities that are showcased in this newest iteration of the franchise. I guess it’ll have to sate all of our XCOM cravings until the inevitable XCOM 3 arrives on the scene.

XCOM: Chimera Squad has some pretty good looking graphics that make its science fiction gameplay truly shine. However, you want to have a pretty beefy gaming PC or gaming laptop in order to play it at a decent framerate. So, you may just want to invest in a decent gaming rig: