Now at 53,000 followers and counting on Twitch.tv and approaching 260,000 subscribers on YouTube, Jay “MorningAfterKill” is one of the most prolific first person shooter streamers out there. Playing a multitude of video games including Borderlands, Game of Thrones and Destiny, Jay’s vibrant and active personality makes for an interesting time whether you’re watching a video or his live stream.

Like sports? Like sports game? This is your stop. Shake4ndBake is quickly becoming one of the most well known streamers of sports games on twitch. His twitter feed is a constant source of entertainment and his broadcasting style is… interesting. Here’s a snippet from his twitch bio:

Come sit back and enjoy some gaming and good times! IM 21!!! I enjoy watching/playing/ talking sports! I make YouTube videos as well – check my channel out. There are links to it and my social media on my channel page!

Nightblue3 is a well-known League of Legends streamer and producer of how to videos for all skill levels. Nightblade3 has over 800,000 followers on Twitch.tv and has a very active fan-base in chat while he streams, utilizing his profound knowledge and classy humor to entertain his subscribers.

Just passing 162,000 subscribers on YouTube, Nightblue3 is looking to become a big name in LoL streaming.

KingGothalion is an enormously popular personality on Twitch.TV thanks to his entertaining broadcasts and uniquely-themed streams. It doesn’t hurt that he is super awesome and has cats.

Gothalion mostly plays a lot of Destiny, but doesn’t forget to occasionally return to his Borderlands roots. 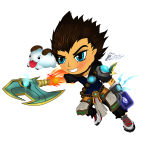 Being a veteran among the League of Legends community, Trick2G has a respected reputation among players.  As a prominent member of Team2G, Trick interacts with his fans through Subwars and Trick Spectates, both segments where Trick spectates and offers advice while watching live games and provides post-game tips as well.

With informational guides on Youtube and live coaching on Twitch, Trick2G offers means for players to better their individual mechanics in an entertaining fashion. 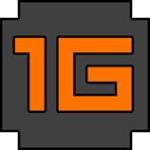 Jaryd “Summit1G” is a full time CS:GO streamer and a strong competitive player in the game. With over 100,000 subscribers on Youtube and well over 800,000 followers on Twitch, Summit1G has made his mark in the CS:GO community.

Jaryd entertains his crew with skillful and methodical play in-game while having a unique, yet hilarious personality. 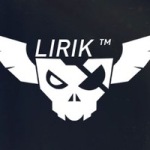 Lirik has entertained a multitude of people on his live streams. Known playing open-world, action-adventure games such as Skyrim and DayZ, Lirik possesses an unique personality which always forces his viewers to return.

Now approaching 1,000,000 followers on Twitch and 100,000 subscribers on Youtube, it’s evident that this humorous gamer plays games for his personal enjoyment and the happiness of others.